After decades of climate change, 42 square miles of ice broke away from the largest remaining Arctic shelf and shattered 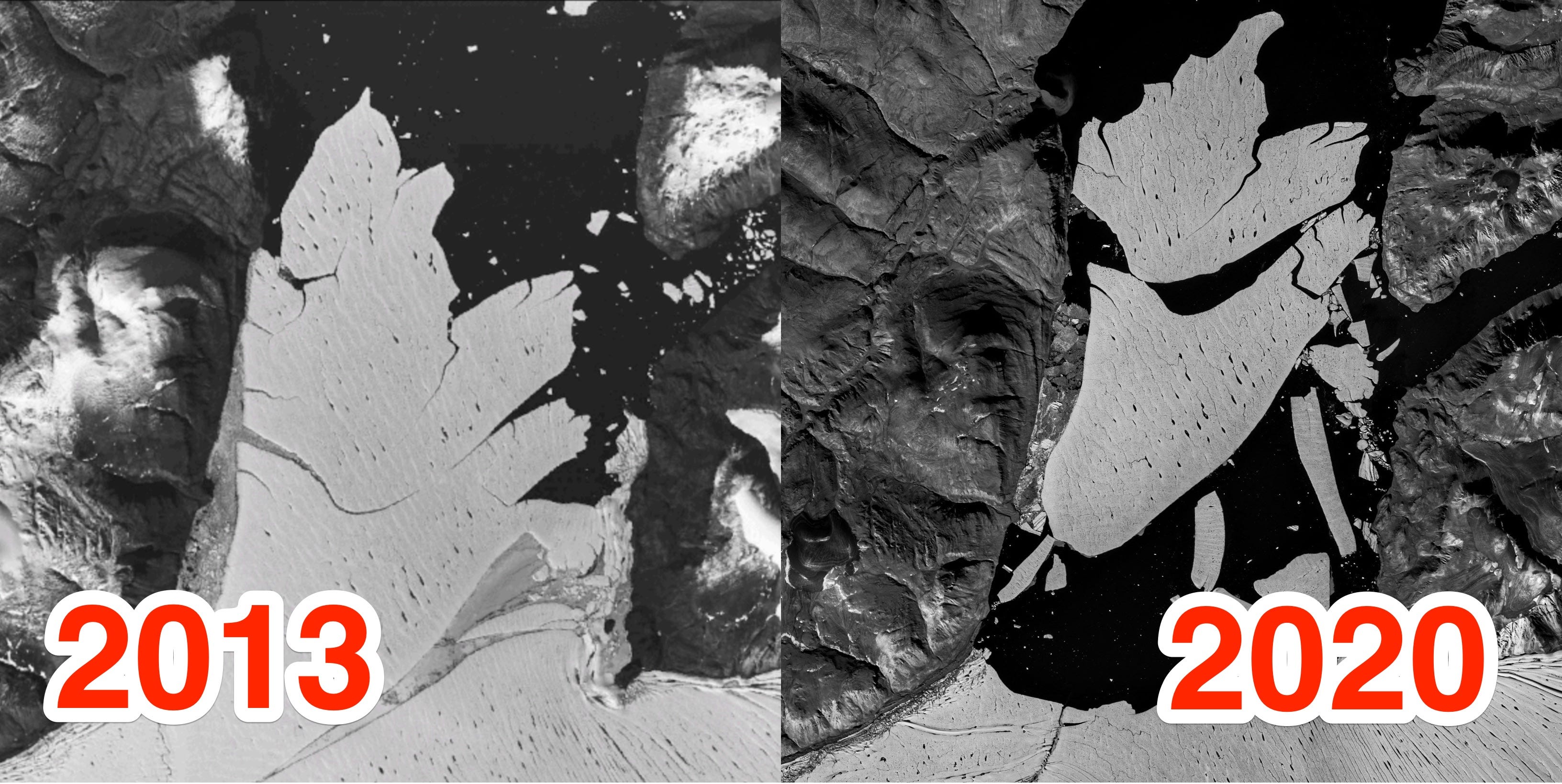 A 42-square-mile slab of glacier has split off from an ice shelf in Greenland and is breaking into pieces.

The dramatic split took place this summer, and represents a huge loss to the world’s largest remaining ice shelf.

Satellite images show where the huge chunk of ice has left the Nioghalvfjerdsfjorden shelf in northeast Greenland.

According to the Geological Survey of Denmark and Greenland (GEUS), the process is part of a progressive disintegration following several unusually warm years.

It is the floating tip of the Northeast Greenland Ice Stream, where it flows off the edge of the land and onto the sea. A northern offshoot from the stream, known as the Spalte Glacier, is the part that has broken off.

PromiceA gif showing the progressive disintegration of the Spalte Glacier between 2013 and 2020.

The once-solid ice now floats in pieces. According to Prof Jason Box of GEUS, it will become a hotspot for the future warming of Greenland.

“What makes 79N so important is the way it’s attached to the interior ice sheet, and that means that one day â€” if the climate warms as we expect â€” this region will probably become one of the major centres of action for the deglaciation of Greenland.”

Scientists are connecting the event to climate change. Dr Jenny Turton, a researcher into the 79N glacier at the University of Erlangen-Nuremberg, said that the region’s atmosphere has warmed by around 3 degrees Celsius (5.4 degrees Fahrenheit) since 1980.

There were record-breaking temperatures in the area in both 2019 and 2020, Dr Turton said.

Since 1999, the 79N ice shelf has lost an area twice the size of Manhattan, according to GEUS.

Dr Turton said the warmer summers accelerate the melting, as run-off water from the ice sheet causes rivers and pools on the surface of the “tongue” of the glacier.

As they re-freeze in winter, they create additional pressure on the glacier. Warmer sea temperatures below the glacier also contribute to the effect, according to the BBC. 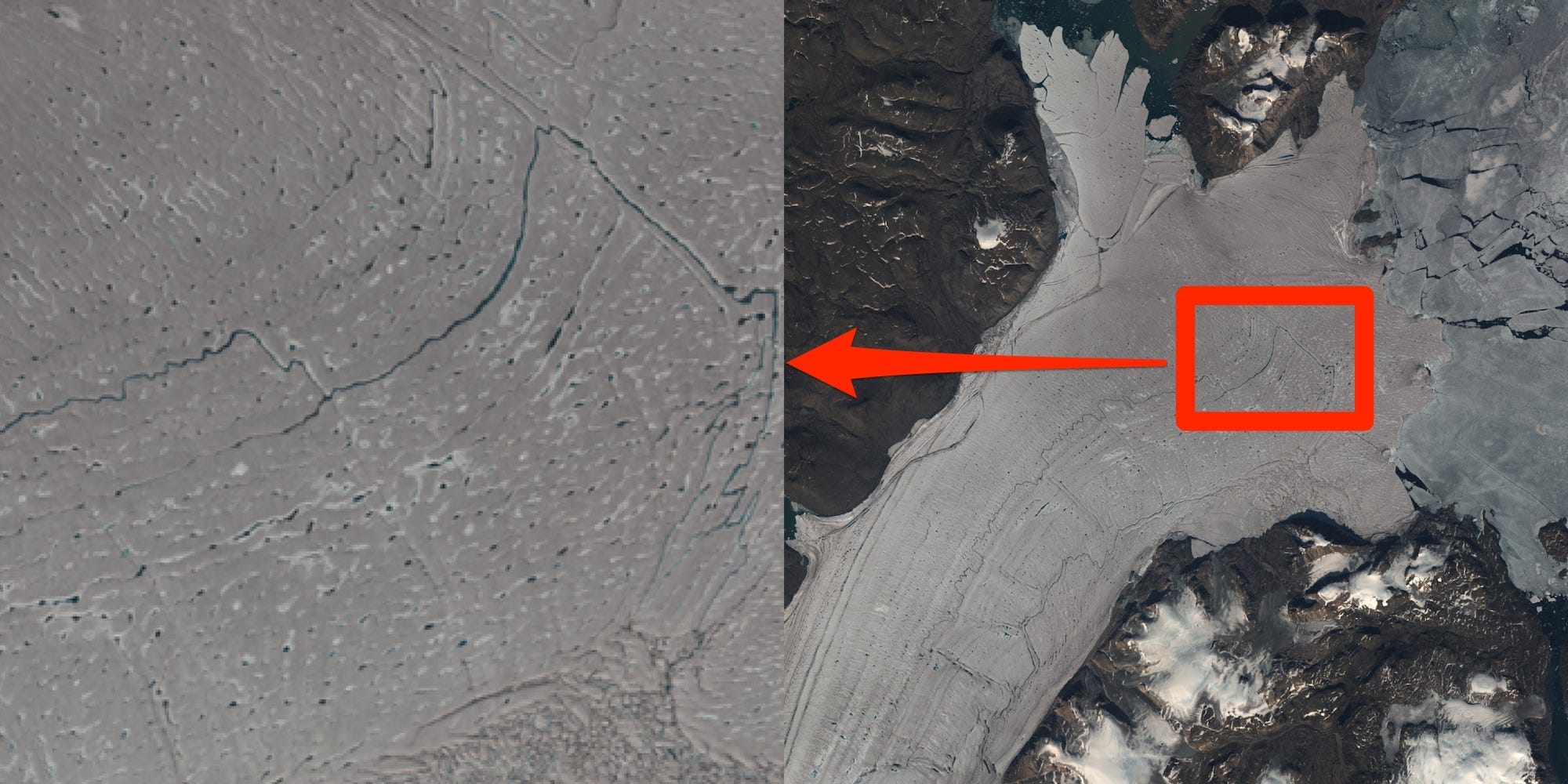 Copernicus Data/ESA/Sentinel-2B/PromiceGL/Business InsiderA zoomed-in detail (L) from the 79N glacier, marked up by Business Insider, showing the meltwater rivers and pools that speed up how it breaks up