Volkswagen made 4 key moves to give the all-electric ID.4 a shot at outselling Tesla — and the gas-powered competition 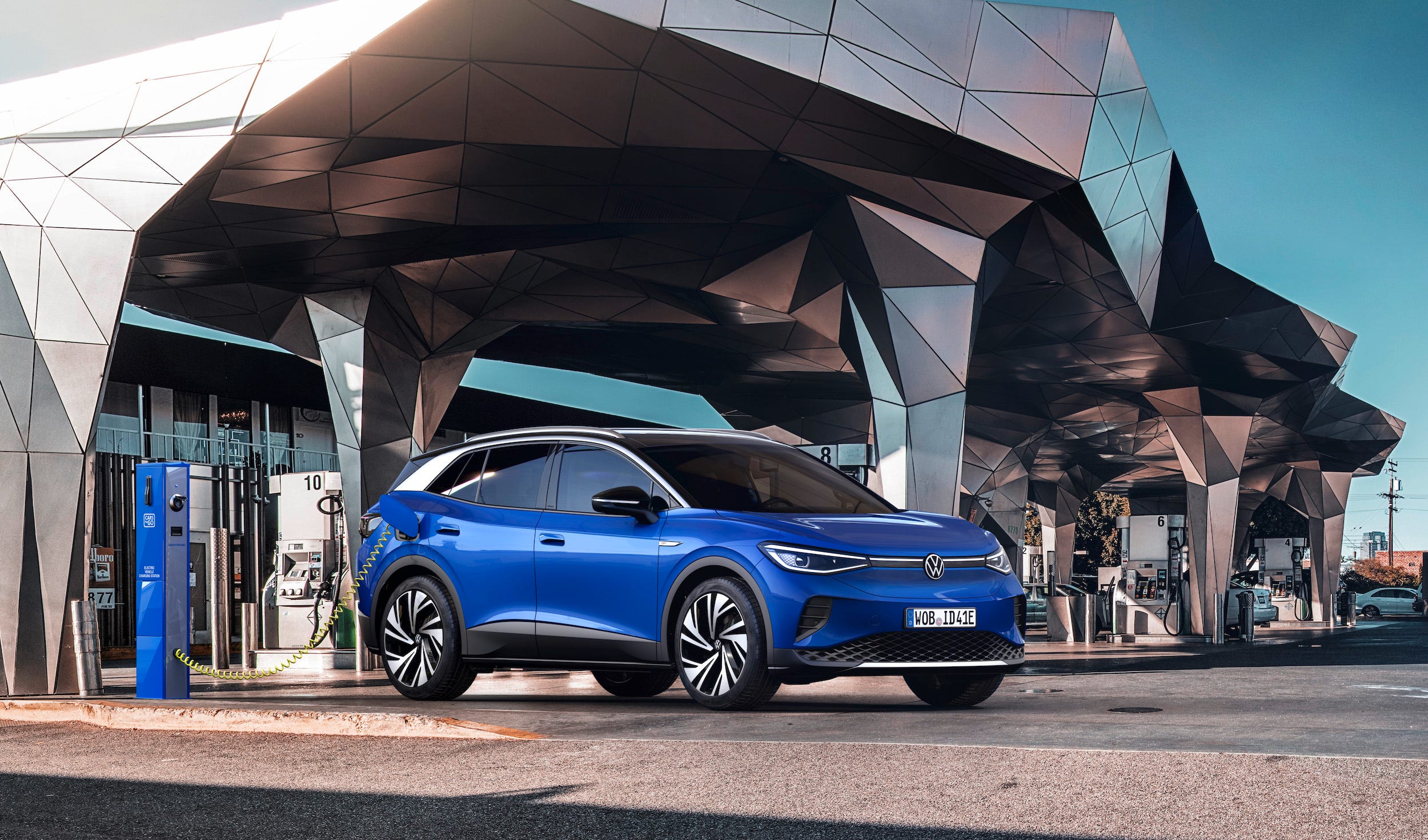 Volkswagen wants the all-new 2021 Volkswagen ID.4 to be the electric car for the buyer who just needs a regular car, not a party trick. And it made four key decisions for that to happen.

By now, the idea of a totally functional electric car should be a familiar one in the public collective mind. Teslas have been running around for long enough to normalize the idea. And the idea of an affordable, mass-produced electric car has been talked about before, only it hasn’t really happened yet.

Officially unveiled on Wednesday, the ID.4 is the first in a fresh wave of all-electric cars that Volkswagen will sell stateside. And unlike Tesla and Lucid, which grab headlines with neck-snapping zero to 60 times and quarter-mile sprints, Volkswagen is pitching the ID.4 as a regular car for the masses. 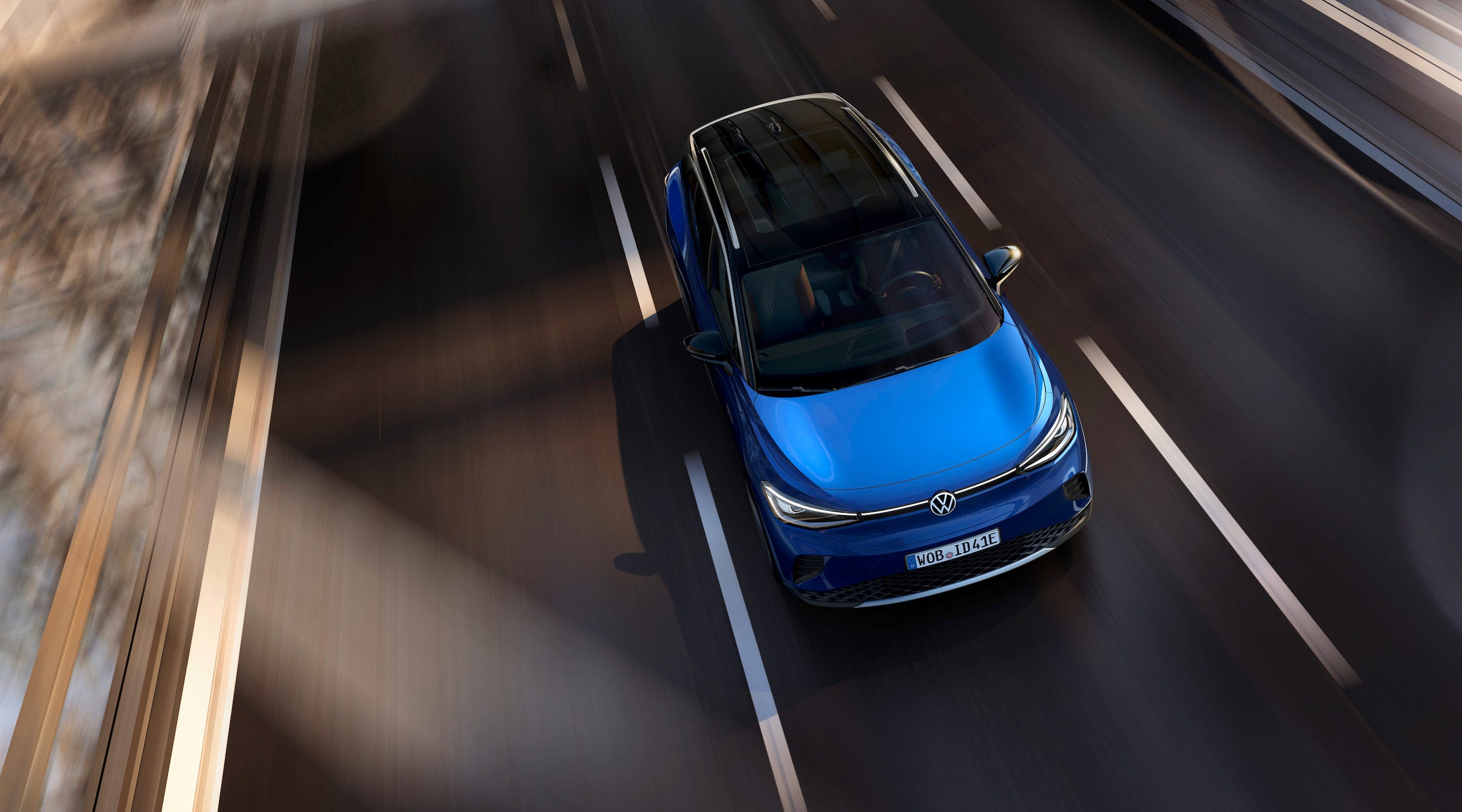 The idea of an all-electric car remains a hard sell for many buyers, so Volkswagen made a few key moves to make the transition.

First: Because American buyers have displayed an overwhelming aversion to small cars, Volkswagen didn’t bother bringing the ID.3 hatchback, the first vehicle based on its brand-new and highly versatile modular electric drive architecture (MEB platform) to the US.

The easiest way to mass-appeal an EV is to offer it in a style that’s already massively appealing. So Volkswagen is starting the electric push here with a vehicle whose dimensions roughly match those of the Tiguan â€” the compact SUV that sells way better than the Golf. A car aimed at vehicles like the Honda CR-V and the Toyota RAV4, the latter of which was 2019’s fourth best-selling passenger car that wasn’t a pickup truck.

“If you want to get mass adoption of electric vehicles, this is the segment where you want to start,” Volkswagen North America CEO Scott Keogh told Business Insider. “We’re not naive â€” I think we’re going to see a lot of cars hitting here, but we’re here now.” 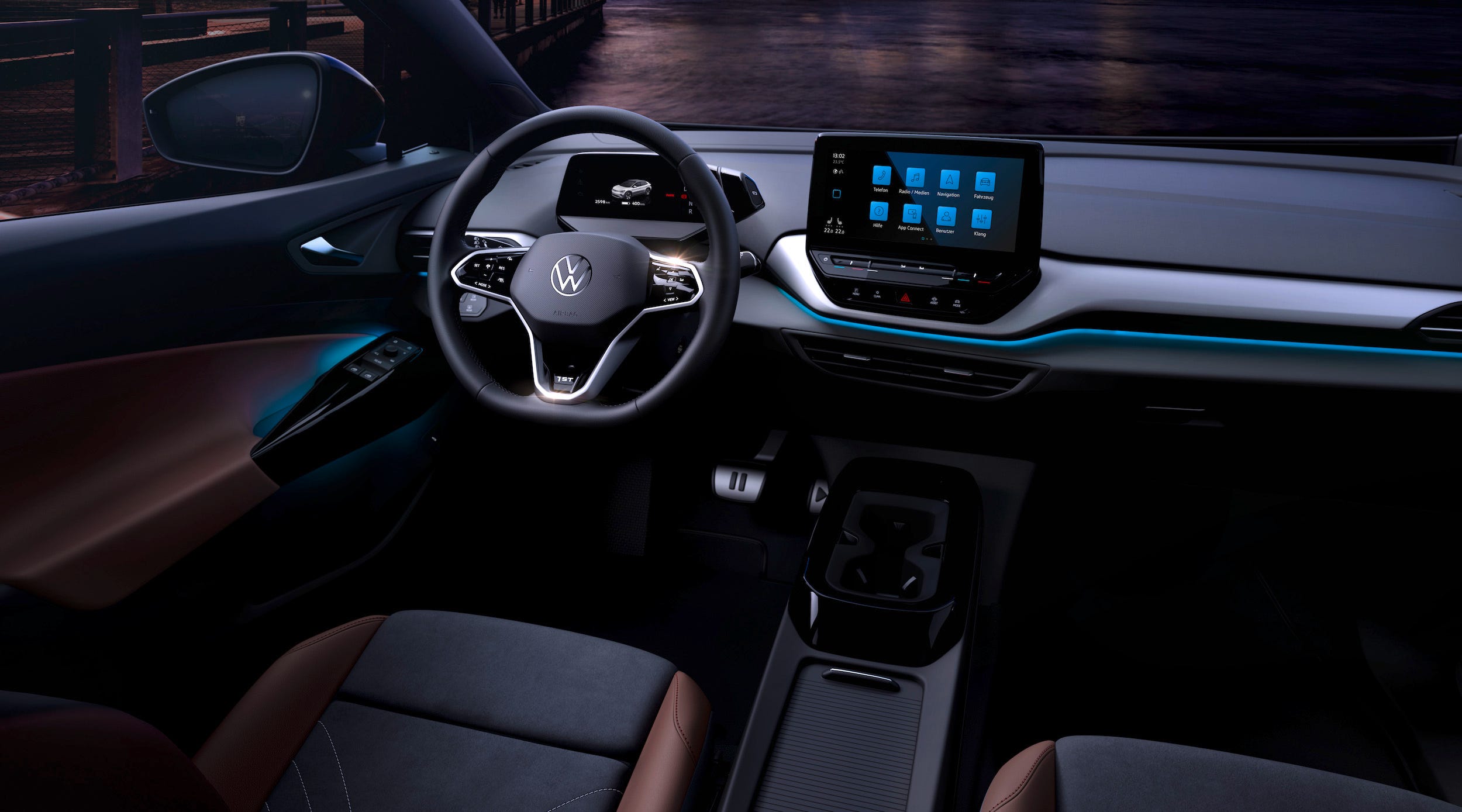 The ID.4 does not look like some strange, people-moving pod from the future. It looks good, in fact! The ID.4 looks good. Its exterior is understated, unmistakably a Volkswagen. The most radical bit is the lack of a few traditional ICE visual cues, such as a front grille.

The interior lacks the alien, screen-dominant minimalism of Teslas and the Lucid Air. It looks like an interior that a normal person would use and enjoy, an approach shared by designers behind the Chevy Bolt, Nissan Leaf, and Kia Niro EV.

This is particularly important, as the ID.4 is aimed at the masses. Anything that’s too polarising risks alienating buyers.

The numbers? Decent. The fast-charging? Free. 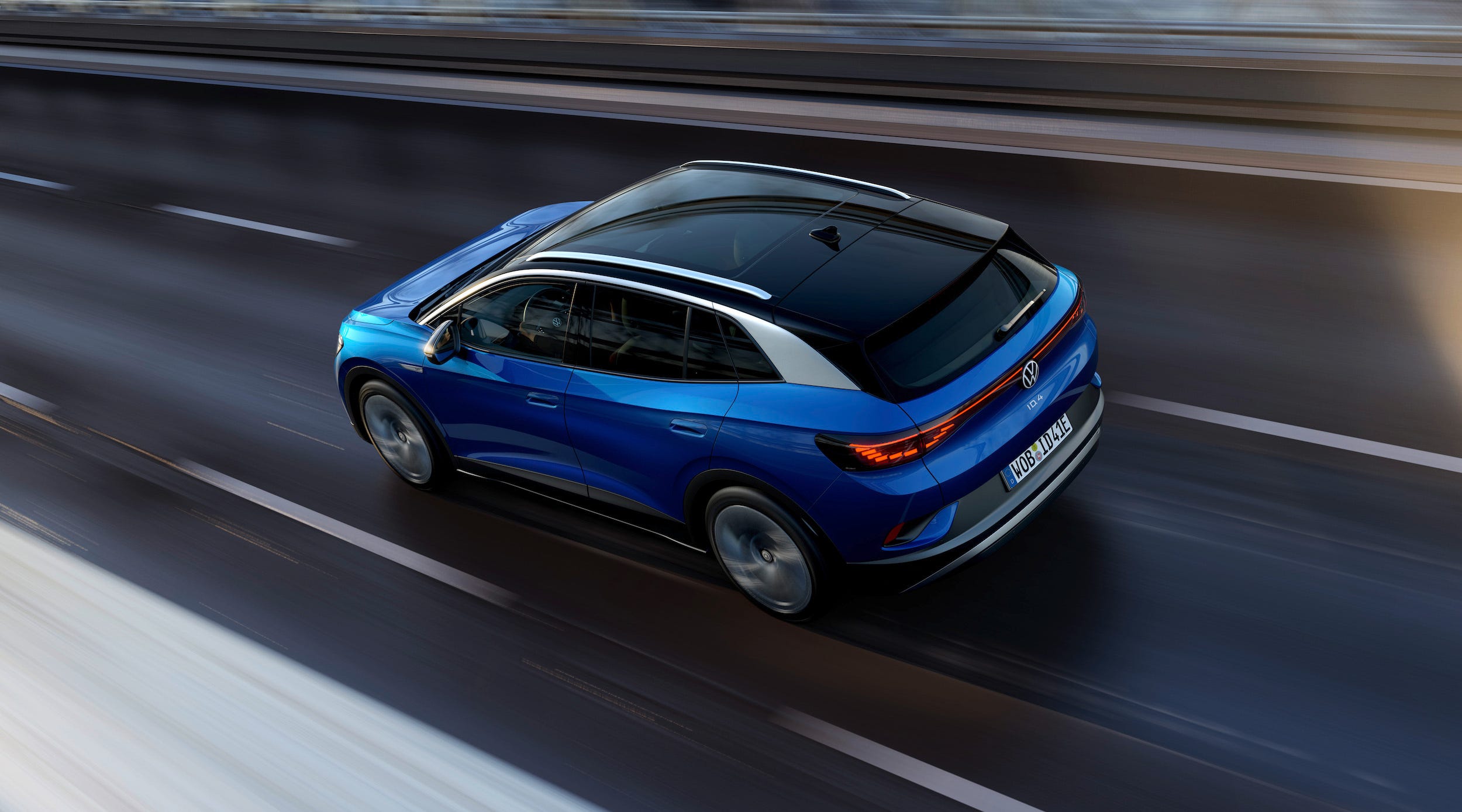 At launch, the ID.4 will have a rear-mounted motor and rear-wheel drive. Volkswagen promises 201 horsepower and 228 pound-feet, with 250 miles of range. Nothing stupendous, but perfectly adequate. A 302-horsepower, all-wheel drive ID.4 will be available later on in 2021, though the automaker did not specify when.

Electrify America isn’t as widespread as the Tesla Supercharger network yet â€” Green Car Reports wrote in February that it only has 398 stations to Tesla’s 756 â€” but in the mere 20 or so months that it’s been expanding, that’s impressive progress. The company wants to build 800 fast-charging stations by December 2021, the outlet reported.

At-home charging accounts for more than 80% of charge time for EV owners, the Department of Energy found. But when they go out, people want the peace of mind that there will be a charging station nearby so they won’t be stranded if their cars run out of charge. A wide and far-reaching network is both appealing and provides that sense of security. 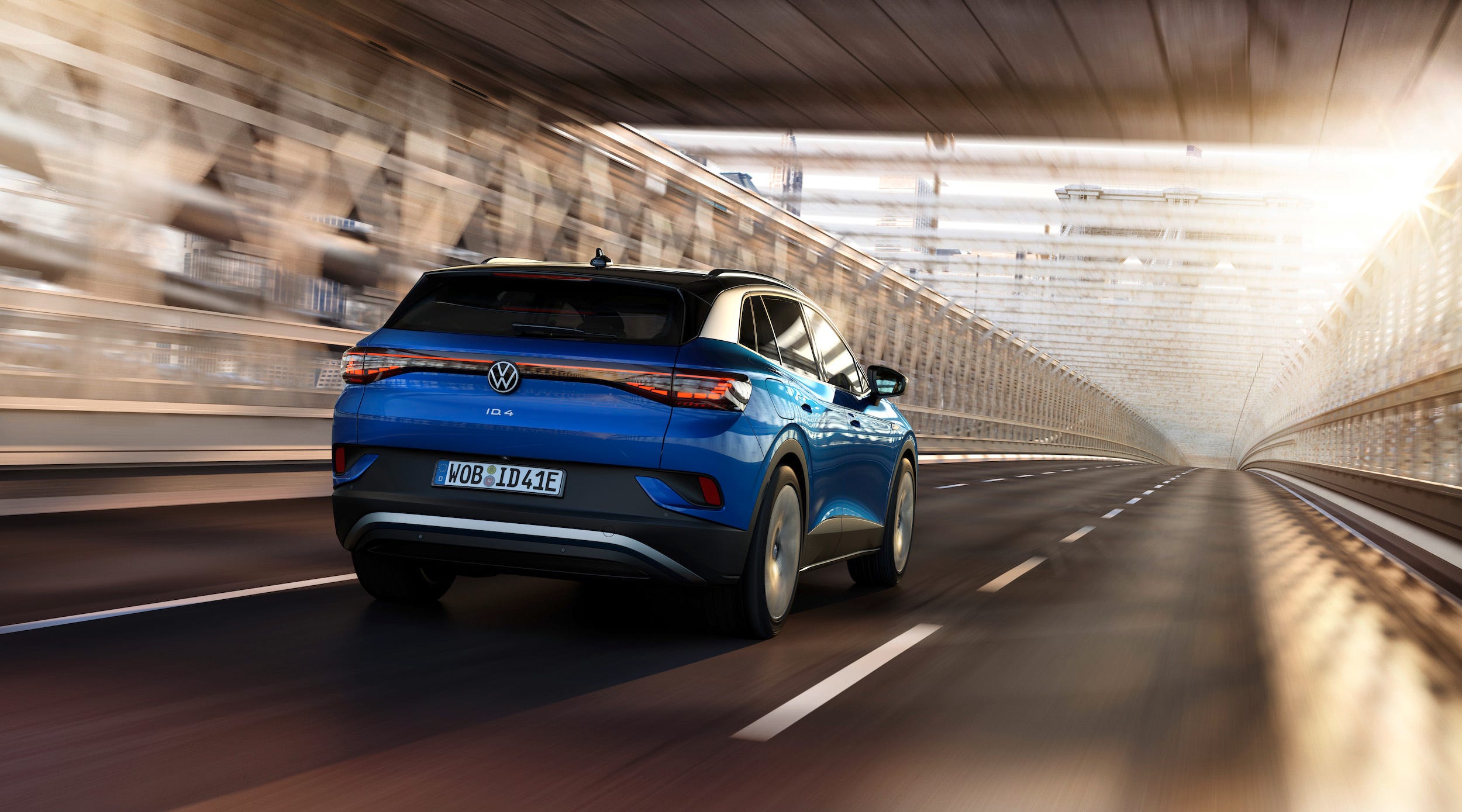 Finally, the ID.4 is priced aggressively.

The rear-drive, rear-engined ID.4 Pro will start at $US39,995. After factoring in the potential $US7,500 tax credit (and not counting various state credits) that asking price drops to $US32,495 â€” less than the average new car price of $US36,718, according to Edmunds.

And once Volkswagen localizes ID.4 production at its Chattanooga, Tennessee, plant in 2022, it expects the starting price to further drop to $US35,000 â€” or $US27,500 after the tax credit.

Volkswagen says it plans to make the ID.4 available in all 50 states with the use of its 600-strong dealer network. For buyers, that ideally means being able to buy and service an ID.4 at nearby dealerships. It also means ducking direct sales drama and not having to wait for a new brand to open up new locations. 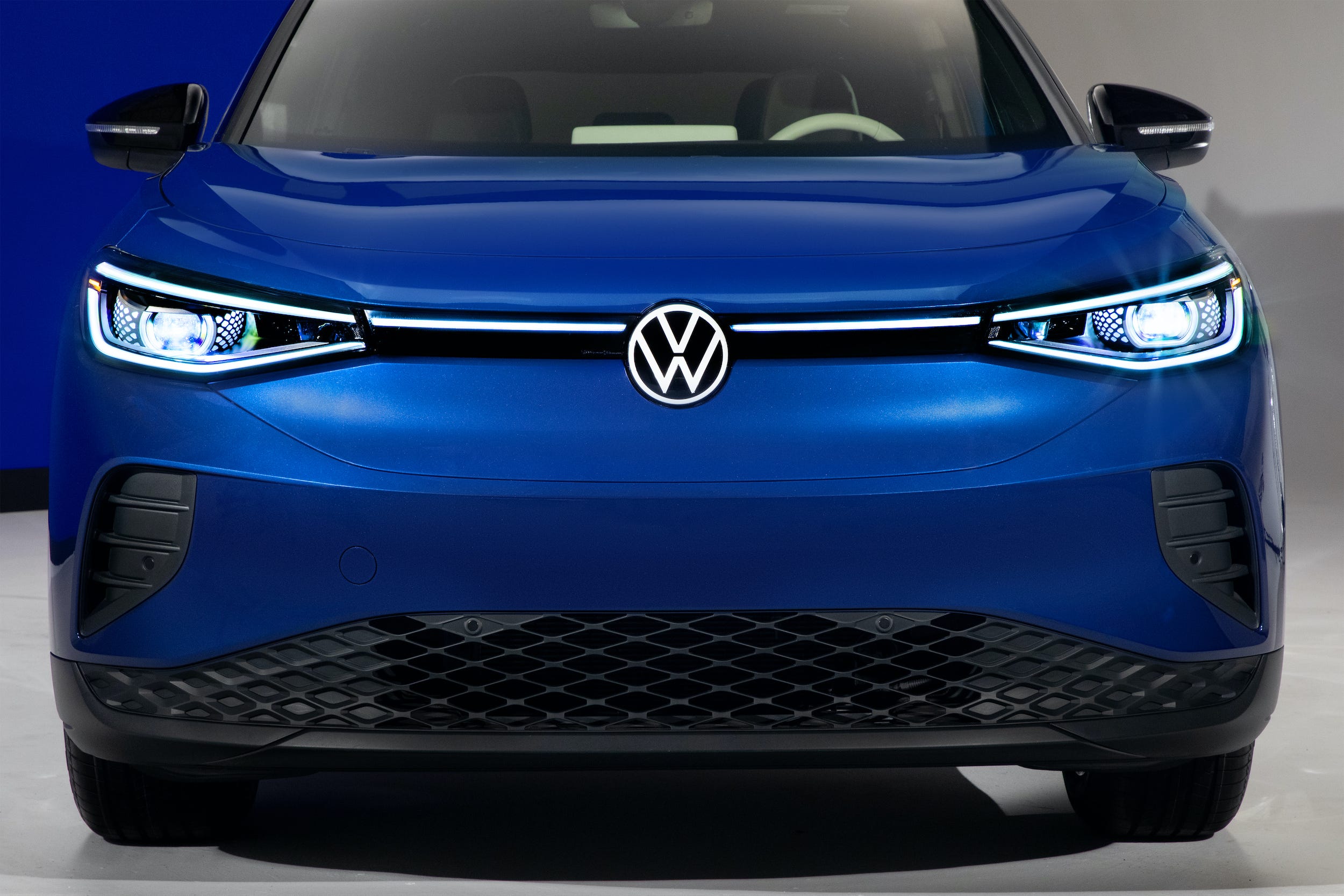 The idea of a $US35,000 EV for the masses isn’t new. But this time around, it’s being touted by a legacy automaker that not only knows very well how to build cars, but has also been doing it for decades.

Volkswagen has already invested $US2.6 billion in its Chattanooga plant but says it will kick over another $US800 million for EV production. Annually, the plant will have a capacity to build more than 100,000 EVs once manufacturing starts, the Chattanooga Times Free Press reported.

Whether or not buyers will actually go for the ID.4 remains to be seen, and we don’t know how it drives just yet. But Volkswagen has given it a solid first crack at taking off.