Budweiser wants to buy Miller -- and the Brazilian private equity titan who bought Kraft, Heinz, and Burger King is behind the deal Budweiser maker AnheuserBusch InBev wants to buy Miller maker SABMiller, in what could be one of the top six corporate takeovers in history.

And one Brazilian billionaire is behind it all.

He’s the head of private equity firm 3G Capital, which has done deals with Kraft, Heinz, and Burger King.

In 1999, Lemann and two partners created AmBev, a master company of all the brewers they had acquired.

Then in 2004 Ambev bought Belgian brewer Interbrew to create InBev. Then InBev bought US-based Anheuser-Busch for $US52 billion in 2008.

3G has interests that extend far beyond the beer industry. Lemann’s firm also worked with Warren Buffett to orchestrate the Kraft-Heinz merger earlier this year.

His private-equity firm has since wasted little time in shaking up the upper ranks of the newly-combined company, and has a reputation for savage cost-cutting.

Now the fifth-largest food company in the world, Kraft Heinz is also a potential suitor to buy Mondelez International, which activist investor Bill Ackman has targetted. Ackman is an investor in 3G’s funds.

Not bad, Jorge. Here’s more on the Brazilian billionaire’s life and career.

Lemann was born in Rio de Janeiro in 1939. His father was a Swiss businessman who immigrated to Brazil in the 1920s. After Harvard, Lemann's life was a mixed bag. He trained at Credit Suisse for a while and worked as a journalist at Brazil's third-oldest paper, Jornal do Brasil. In 1971 he bought a brokerage called Garantía. Lemann wanted to turn it into Brazil's Goldman Sachs by adopting the American firm's partnership model. A few years later his current partners, Carlos Alberto Sicupira and Marcel Herrmann Telles, joined him (they are also now billionaires, by the way).

The trio, known as the 'Three Musketeers' would go on to buy Lojas Americanas SA, a now huge chain of retail stores in Brazil in, 1982.

In 1989, Lemann and company acquired the beer company Cia Cervejaria Brahma, foreshadowing things to come. In 1993, he and his partners created the buyout firm GP Investimentos and started buying and selling companies. 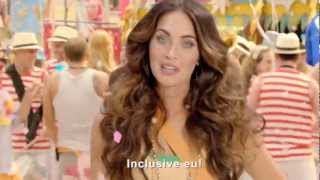 Check out a commercial Megan Fox made for Brahma below:

Along the way, he built Garantía into a powerhouse, eventually selling it for $675 million in 1998. The market crashed just weeks after Lemann bought the bank, but he didn't care. He grew the bank for years until more than $US100 million in trading losses pushed him to sell.

Lemann is super private about his personal life, but we do know he moved to Switzerland in 1999 because there was an attempt to kidnap his children in Rio. According to The Wall Street Journal, this helped spur Brazil's armoured-car industry.

That same year, the 'Three Musketeers' created AmBev, a master company of all the brewers they had collected. All the while, GP Investimentos was growing into what would be the biggest listed private-equity firm in Latin America.

Lemann and his partners founded a New York City-based firm, 3G Capital, in 2004. Three years later they merged with Anheuser-Busch for $52 billion. In 2010 they bought Burger King. Sidenote: You can thank Lemann for getting rid of that creepy Burger King king; he fired the ad firm that came up with it.

It set the stage for Lemann's 2013 deal with Warren Buffett -- buying Heinz. The $28 billion deal came together in six weeks. They used code names to keep it private. That takes us to the $10 billion Heinz-Kraft deal. All signs point to more deals from Lemann. People say he changed the way business is done in Brazil. 'Jorge Paulo created a whole management culture in Brazil that is extraordinary,' (former Brazilian billionaire Eike) Batista told Bloomberg Markets magazine in an interview in 2012. 'He motivated employees by letting them share the profits -- aggressive, but that leads to results.'

'These guys have big ambitions and a lot of capital,' one source familiar with 3G said.