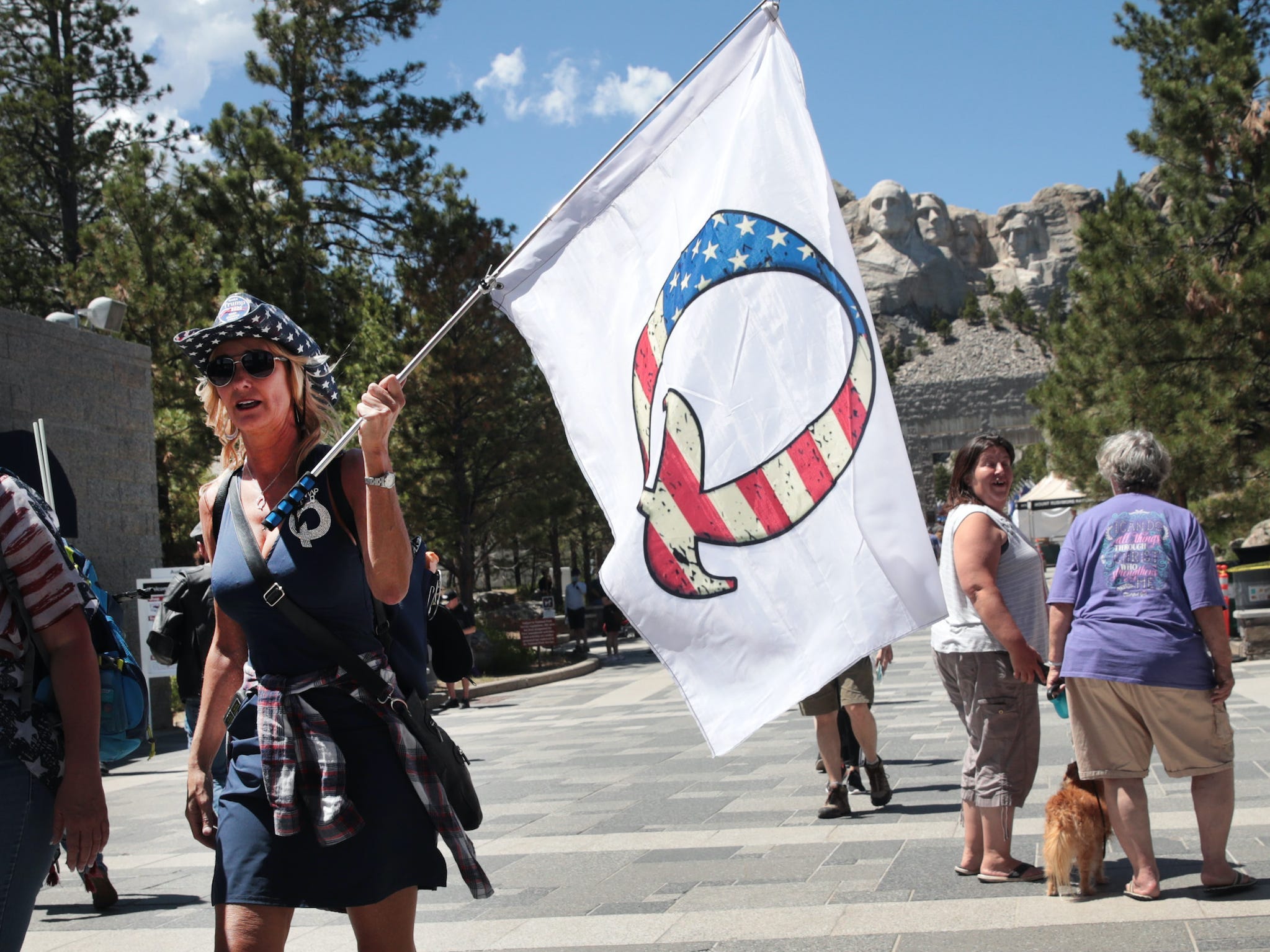 A new poll from YouGov found that around 30% of self-identified Republicans have a favourable view of QAnon, the baseless far-right conspiracy theory that claims President Donald Trump is secretly fighting a “deep state” cabal of satanic pedophiles and cannibals.

The poll of 1,500 US citizens found that an overwhelming majority of Americans â€” around 63% â€” have a somewhat unfavourable or very unfavourable opinion of the conspiracy movement. A plurality of Republicans, 39%, agree.

But according to the survey, 30% of GOP voters who say they have a positive response to the conspiracy theory, which represents a sizable bloc of the party.

The results are also not an outlier. In December 2020, an NPR/Ipsos poll found that 17% of Americans â€” and 23% of Republicans â€” believe that a “group of Satan-worshipping elites who run a child sex ring are trying to control our politics and media,” a key tenet of QAnon.

Only 47% of those surveyed, including a majority of Democrats, were confident that the assertion was false. Meanwhile, at least two new Republican members of Congress â€” Marjorie Taylor Greene of Georgia and Lauren Boebert of Colorado â€” are avowed followers of the “Q” hoax.

As Insider’s Rachel Greenspan has noted, QAnon, though decidedly online, is essentially a repackage of centuries-old anti-Semitic canards about child sacrifice and global domination.