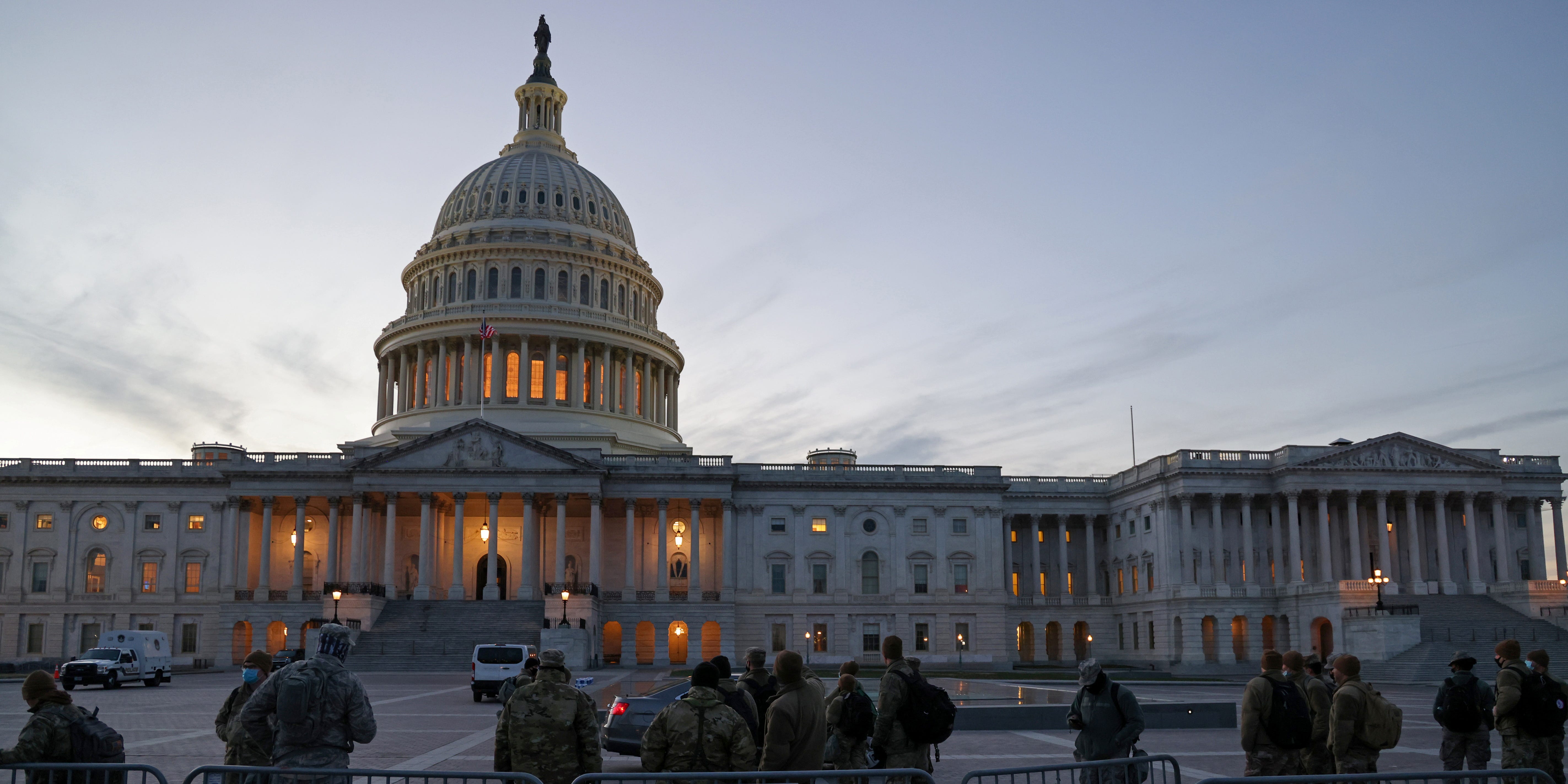 REUTERS/Jonathan ErnstA unit of the DC National Guard outside the Capitol.

A video showed several Republican representatives in the room refusing to wear masks.

Footage obtained by Punchbowl News on Friday showed Reps. Andy Biggs of Arizona, Marjorie Taylor Greene of Georgia, Markwayne Mullin of Oklahoma, Scott Perry of Pennsylvania, and Michael Cloud of Texas gathering together talking without masks and rebuffing Democratic Rep. Lisa Blunt Rochester of Delaware when she tried to offer them masks.

In addition to the members of Congress, Rep. Ayanna Pressley of Massachusetts announced on Wednesday that her husband, who was with her during the attack on the Capitol, had also tested positive for COVID-19.

Scientists say that crowded gatherings in indoor spaces with subpar ventilation, especially where people are speaking and not wearing masks, is an environment where the coronavirus thrives and spreads easily.

It takes two to 14 days, on average, for an infected person to show symptoms of COVID-19, according to the Centres for Disease Control and Prevention. Experts recommend getting tested five to seven days after possible exposure.

While it’s possible that some of the representatives were infected elsewhere and not in the secure holding location, some of those who tested positive have since blamed their maskless Republican colleagues.

I was offered a covid vaccine even though I’m young and healthy. Here’s how I did it.

Here are the members of Congress who have tested positive: