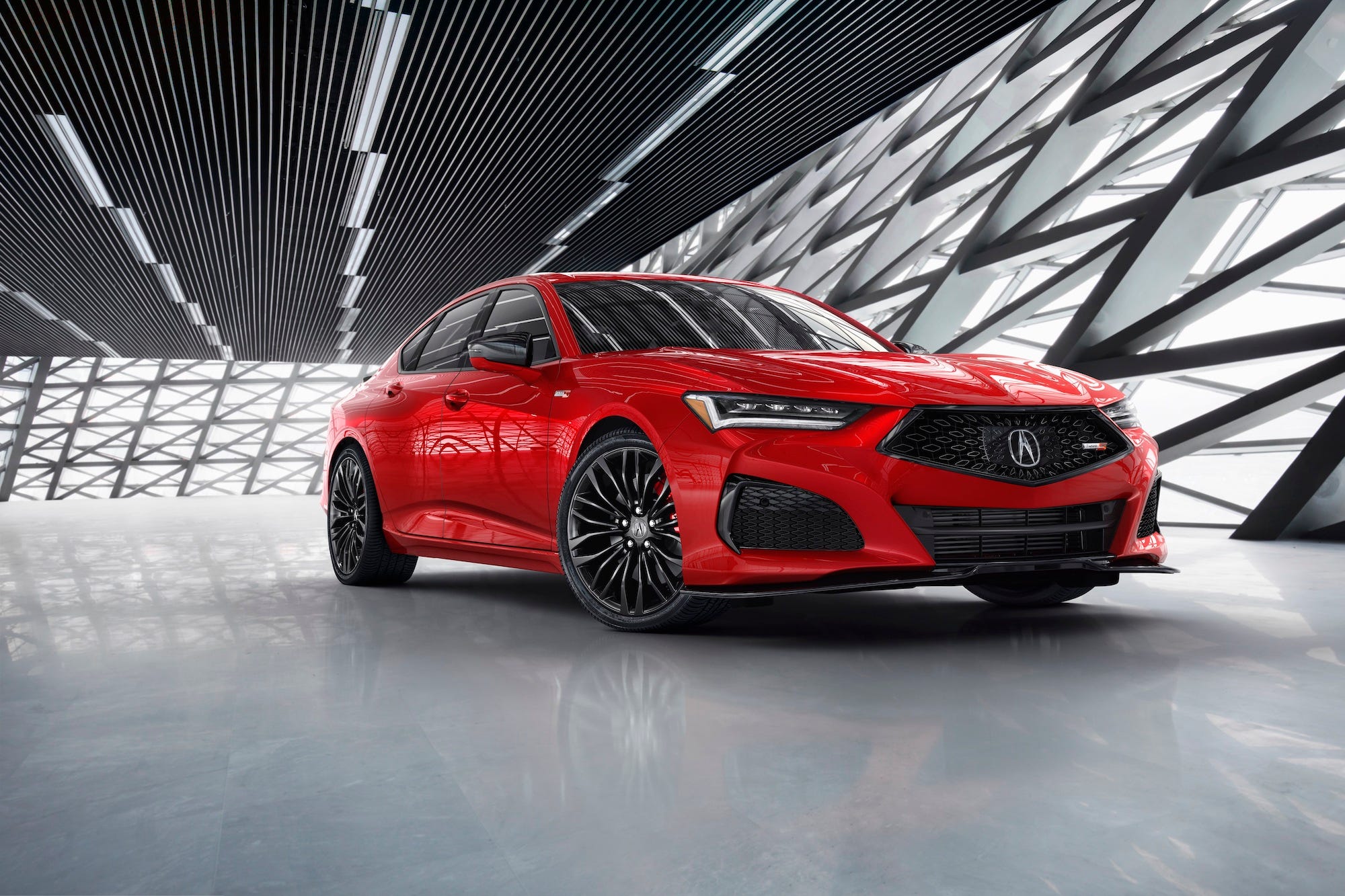 As Honda’s luxury arm, Acura hasn’t recently offered anything that would give a Lexus, Jaguar, or Volvo buyer serious pause. That might change with the new 2021 Acura TLX, however.

First introduced in 2014 and subsequently facelifted in 2017, the TLX succeeded the Acura TL and TSX. The new TLX marks the sedan’s second generation and keeps with the idea of a stylish and sporty four-door.

The standard TLX will come with a 2.0-litre, turbocharged engine that’s paired with a 10-speed automatic transmission. Power comes to a claimed 272 horsepower and 280 pound-feet of torque, according to a press release. All-wheel drive will also be optional.

The cabin is now more premium than before, using luxury-grade materials such as aluminium, open-pore wood, and full-grain Milano leather. There’s an emphasis on driver and front-passenger comfort because the car’s wider body now offers extra hip and shoulder room.

But that’s not all. The new TLX also marks the return of the Type S moniker – Acura’s performance-oriented badge that’s seen about a 10-year hiatus. And the car looks good. Great, even.

Seeing companies such as BMW and Acura still investing in their sedans should be heartening to buyers who prefer them over crossovers and SUVs.

The new TLXs should hit dealerships early this fall and will start “in the mid-$US30,000 range,” according to Acura, which would slot it at thousands less than its closest competition at BMW and Mercedes-Benz. Both the 3 Series and the C-Class start above $US40,000 for the cheapest model.

Acura first teased the new, second-generation 2021 TLX sedan on May 26. 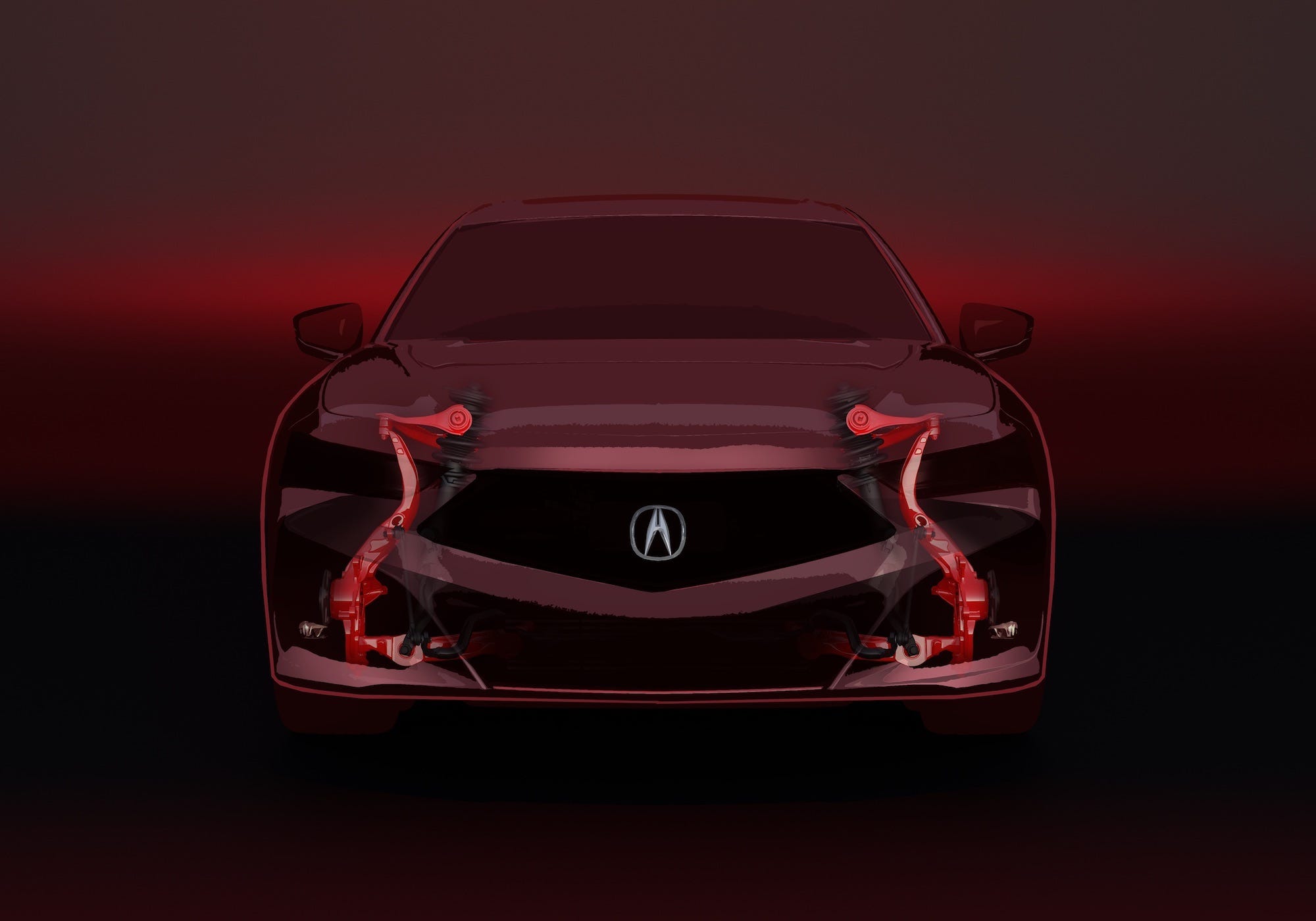 The teaser photo showed off a sedan platform that had a high-performance, double-wishbone front suspension setup in order to improve handling and cornering grip. It’s technology that’s found in the current NSX supercar and Acura’s past sports cars, including the Legend, Integra, TL, TL Type S, and first-generation NSX.

The new TLX is built on an all-new sports sedan platform that’s exclusive to Acura. It’s supposedly highly rigid and the chassis is performance-focused.

The base TLX will have a 2.0-litre, turbocharged engine, and a 10-speed automatic transmission 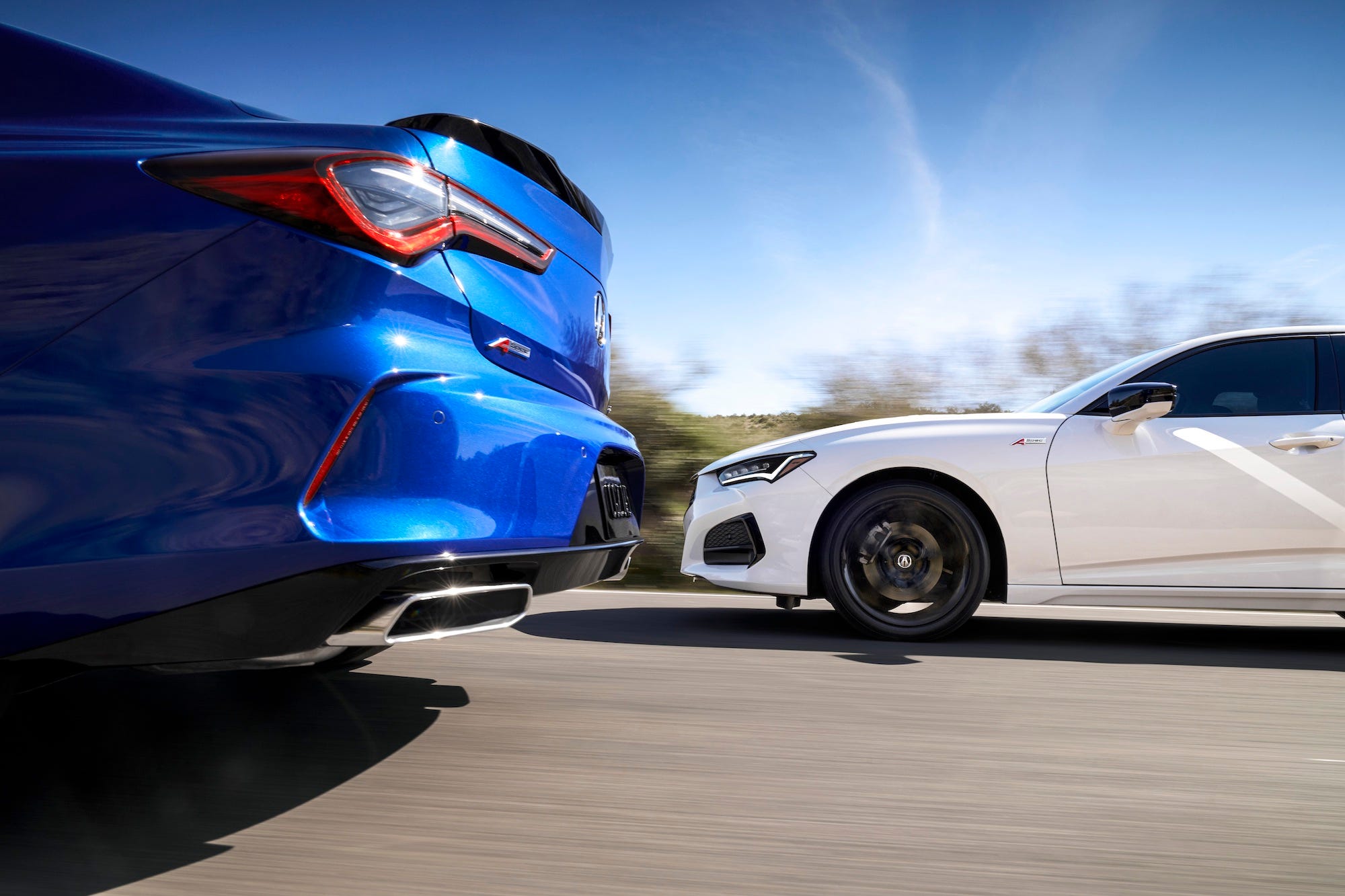 Prices will start in the “mid-$US30,000 range,” according to Acura. Nothing more specific was offered at this time. 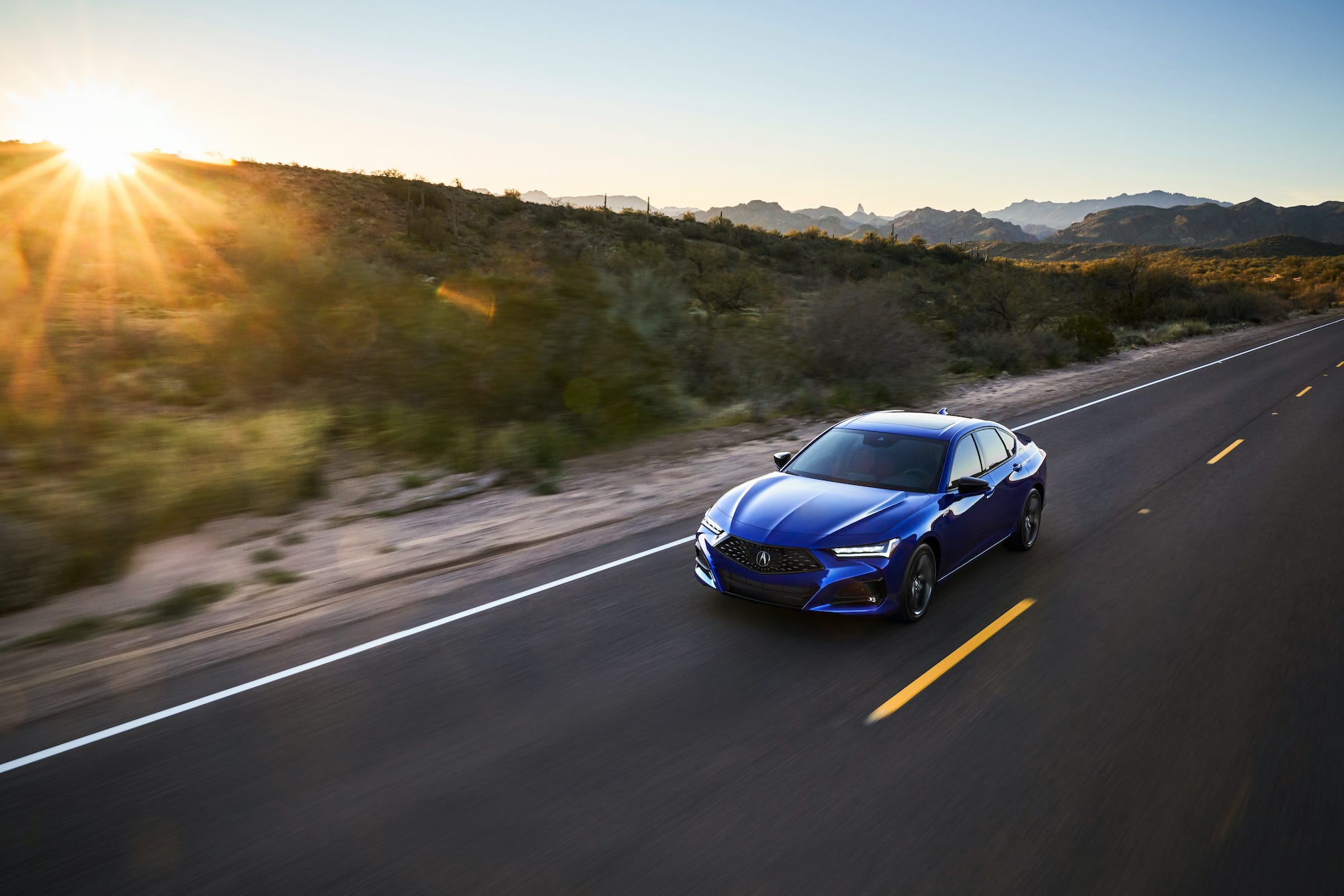 The A-Spec is a sport package that adds Shark Grey 19-inch wheels. 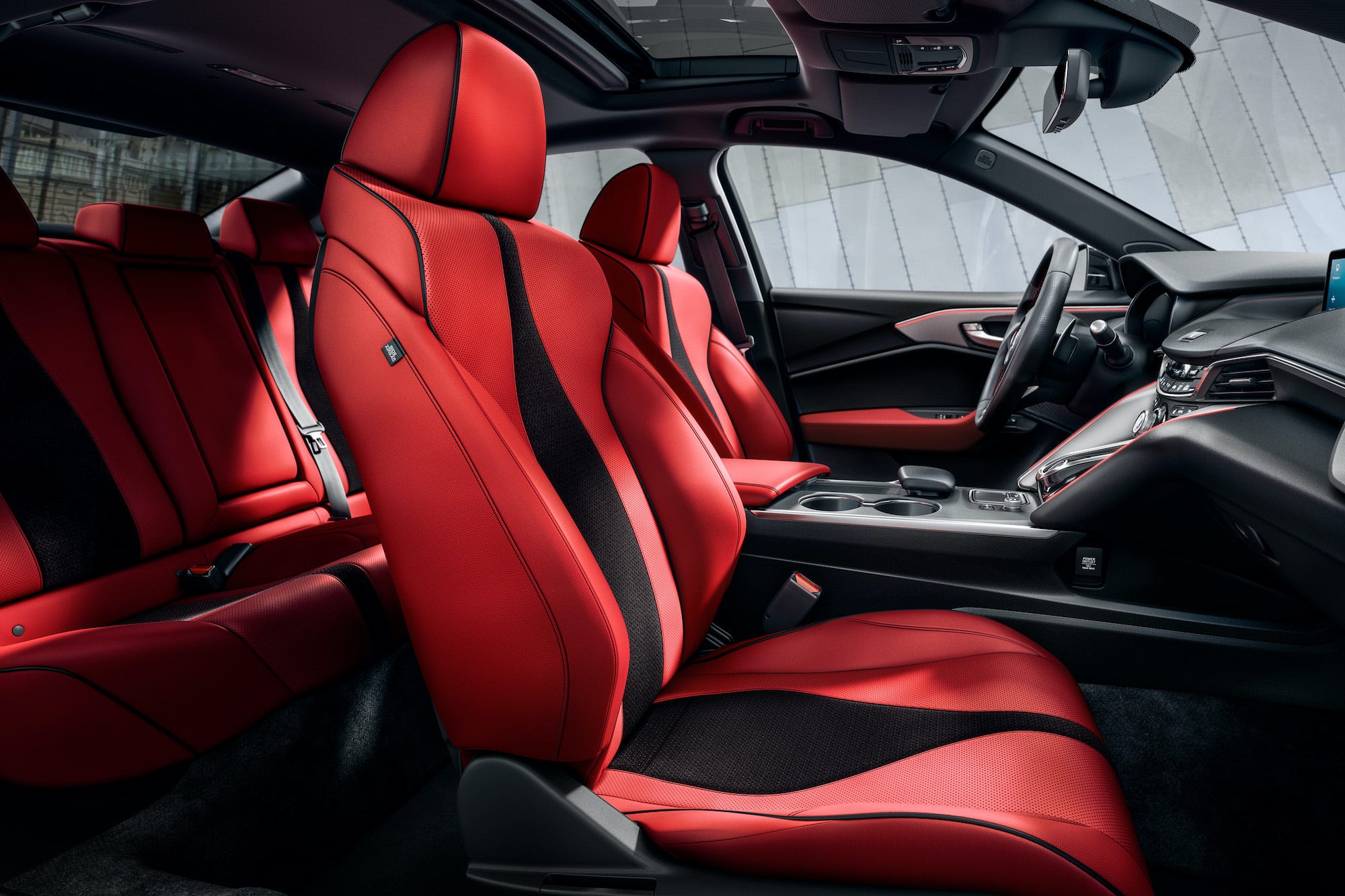 There are also darkened headlights and taillights. 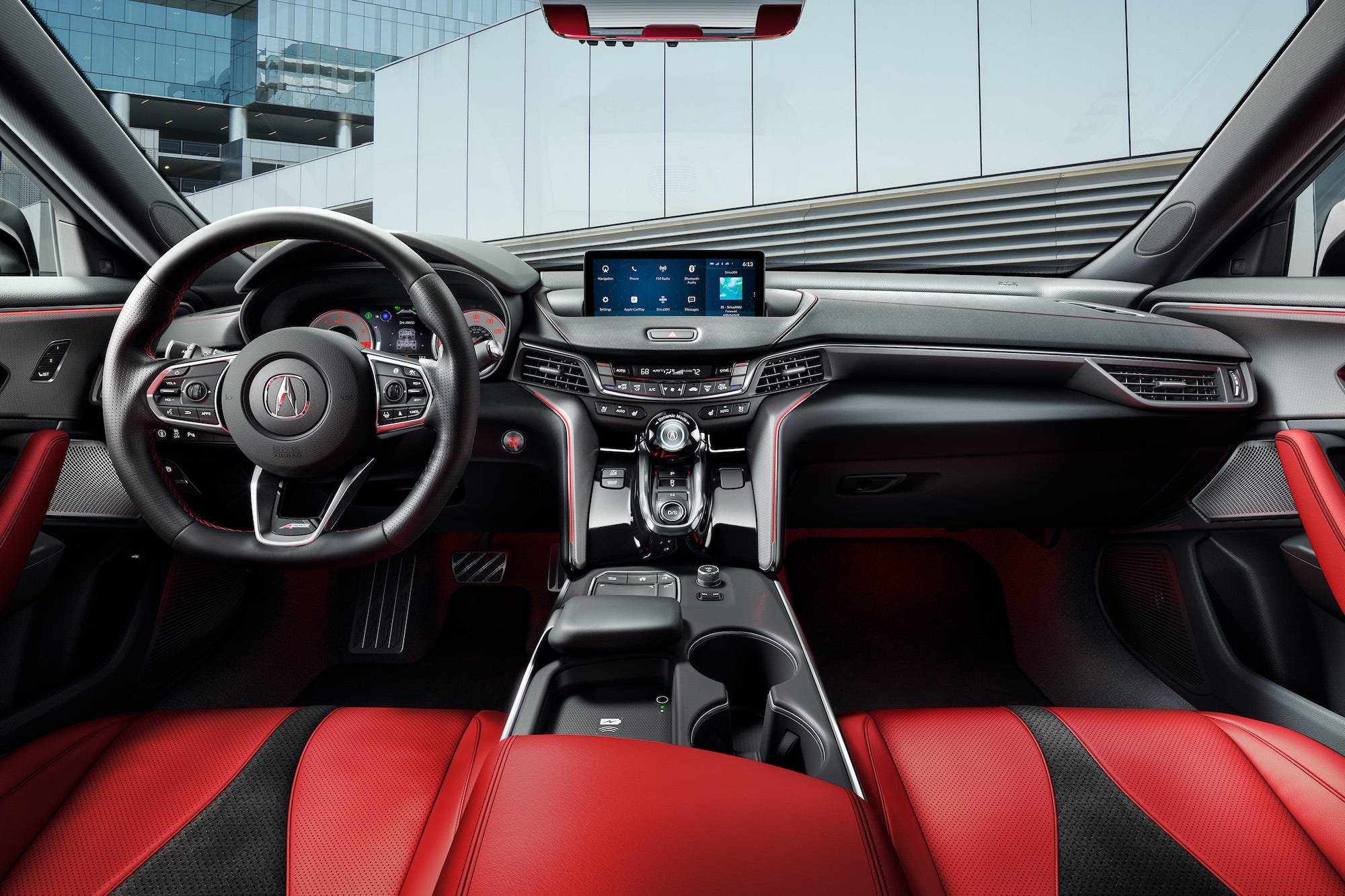 And a sporty rear decklid spoiler. 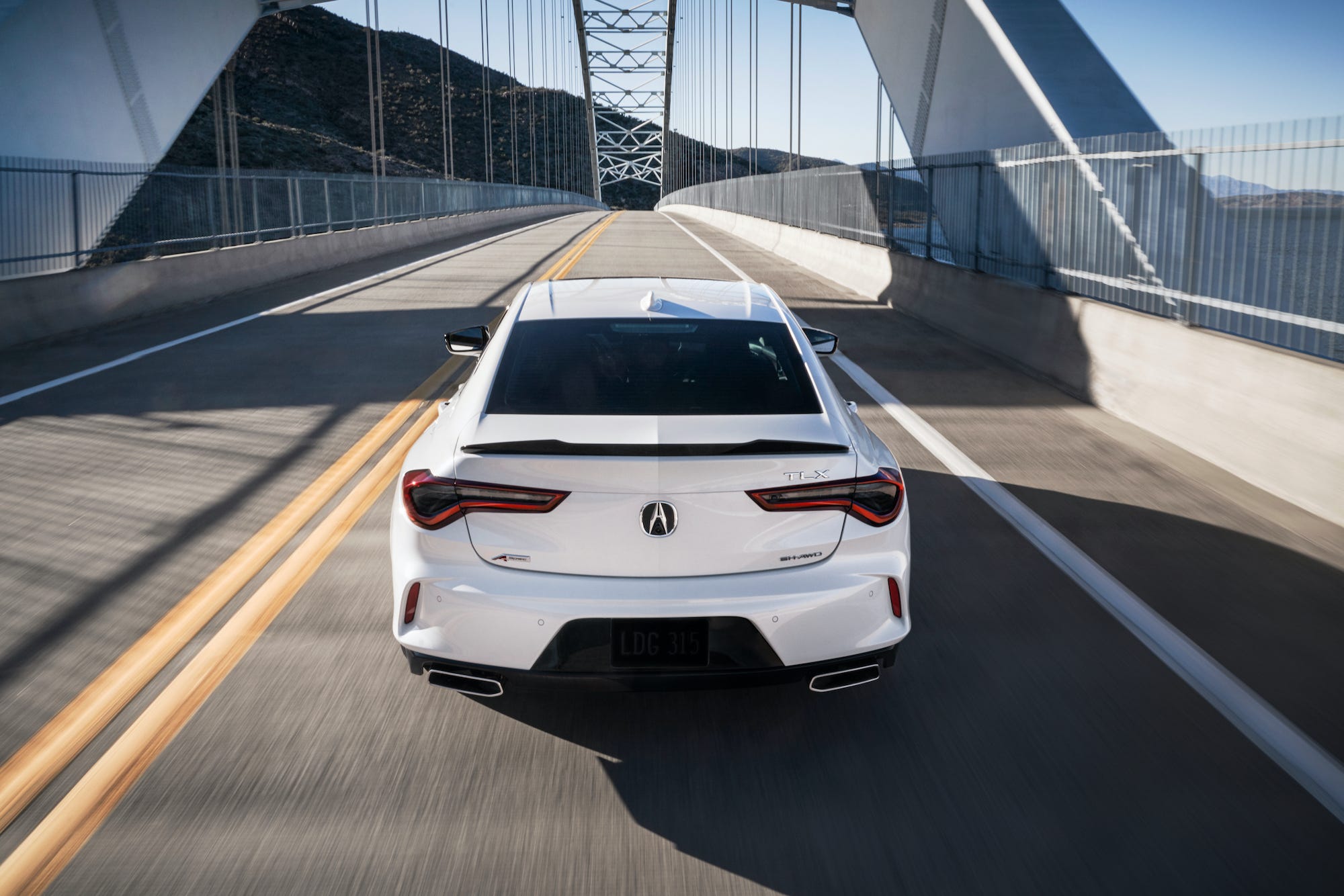 As compared to the outgoing TLX, the 2021 TLX is bigger. 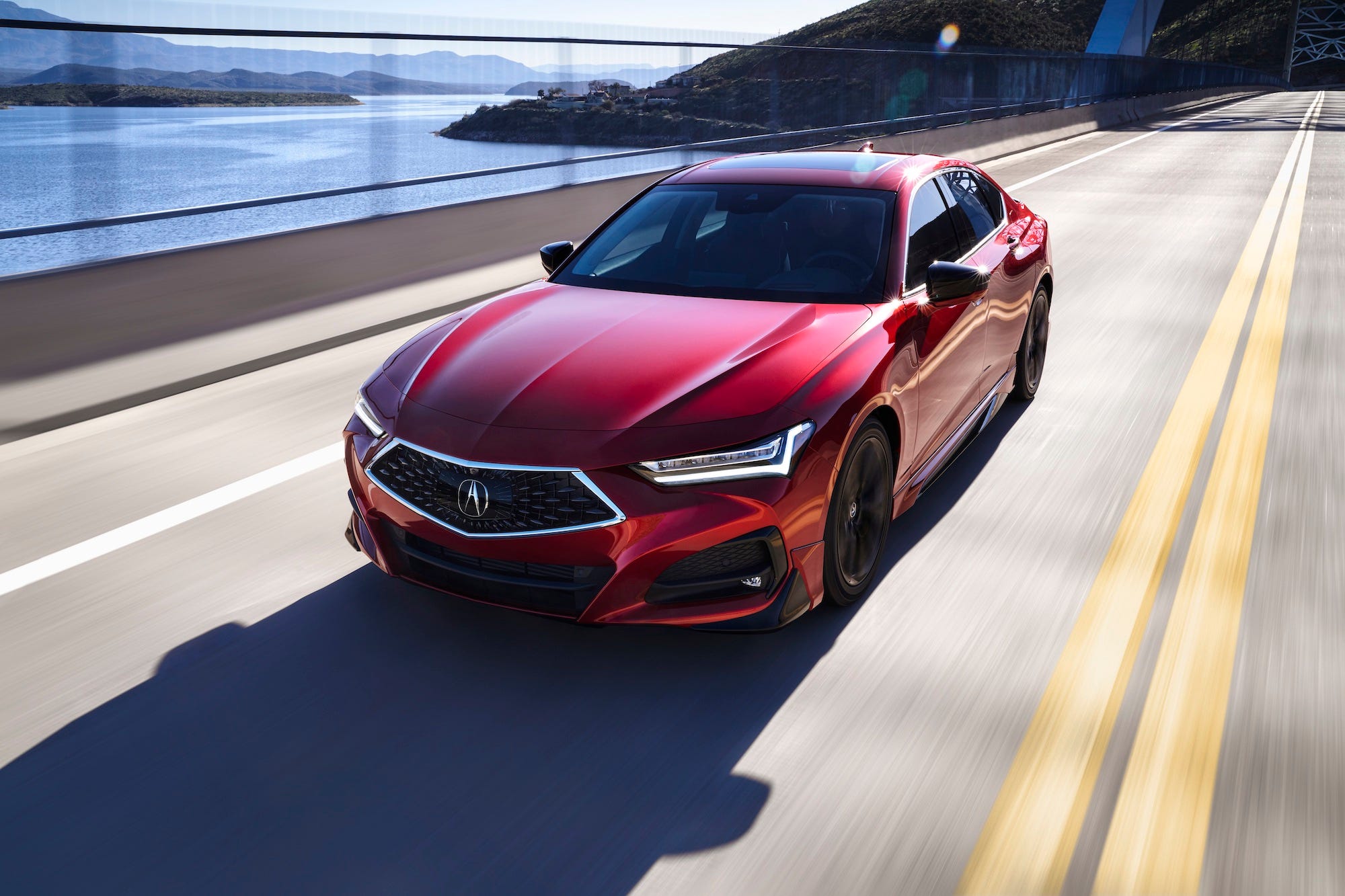 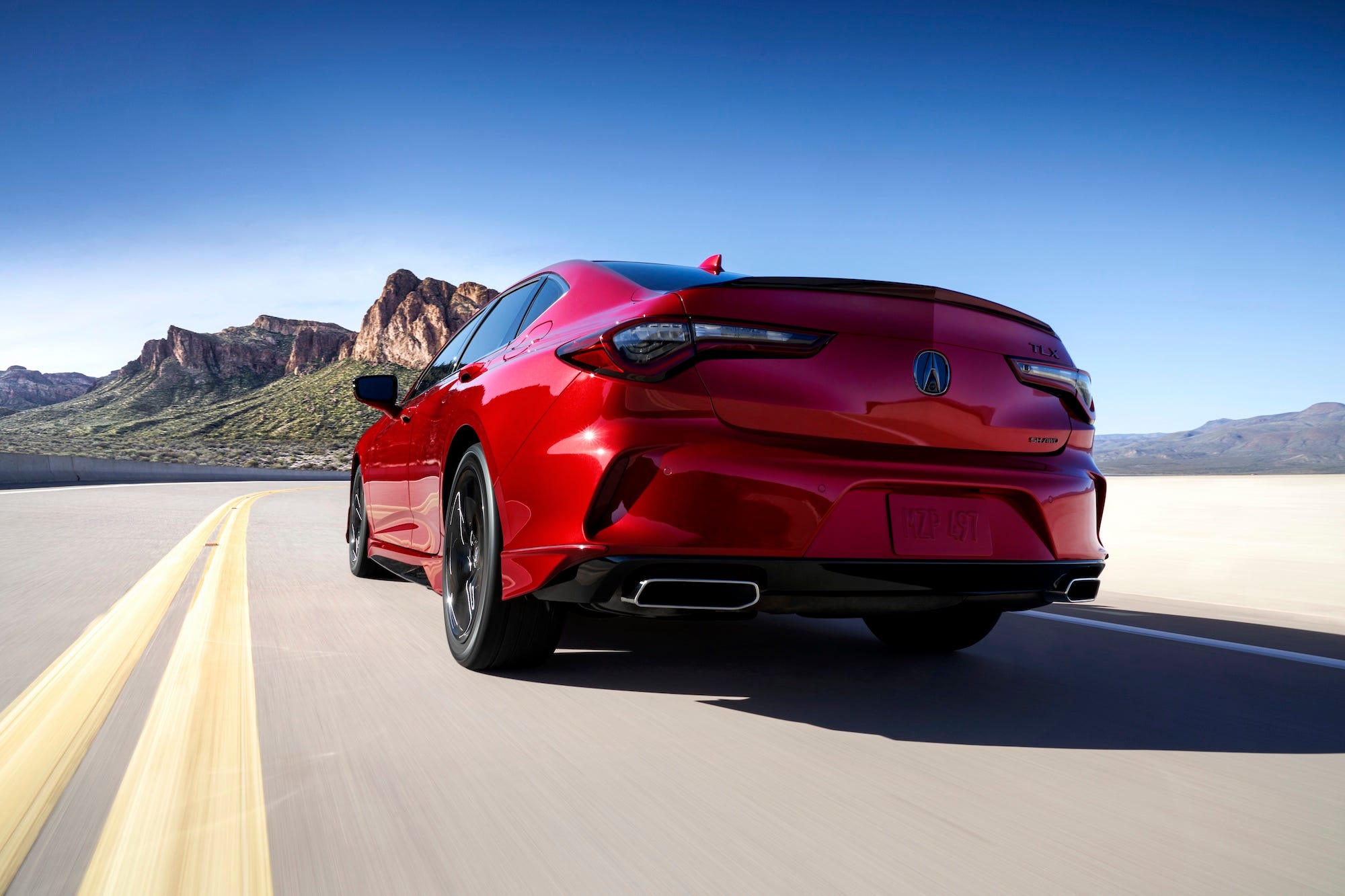 Inside, Acura says the new TLX is considerably more upmarket. 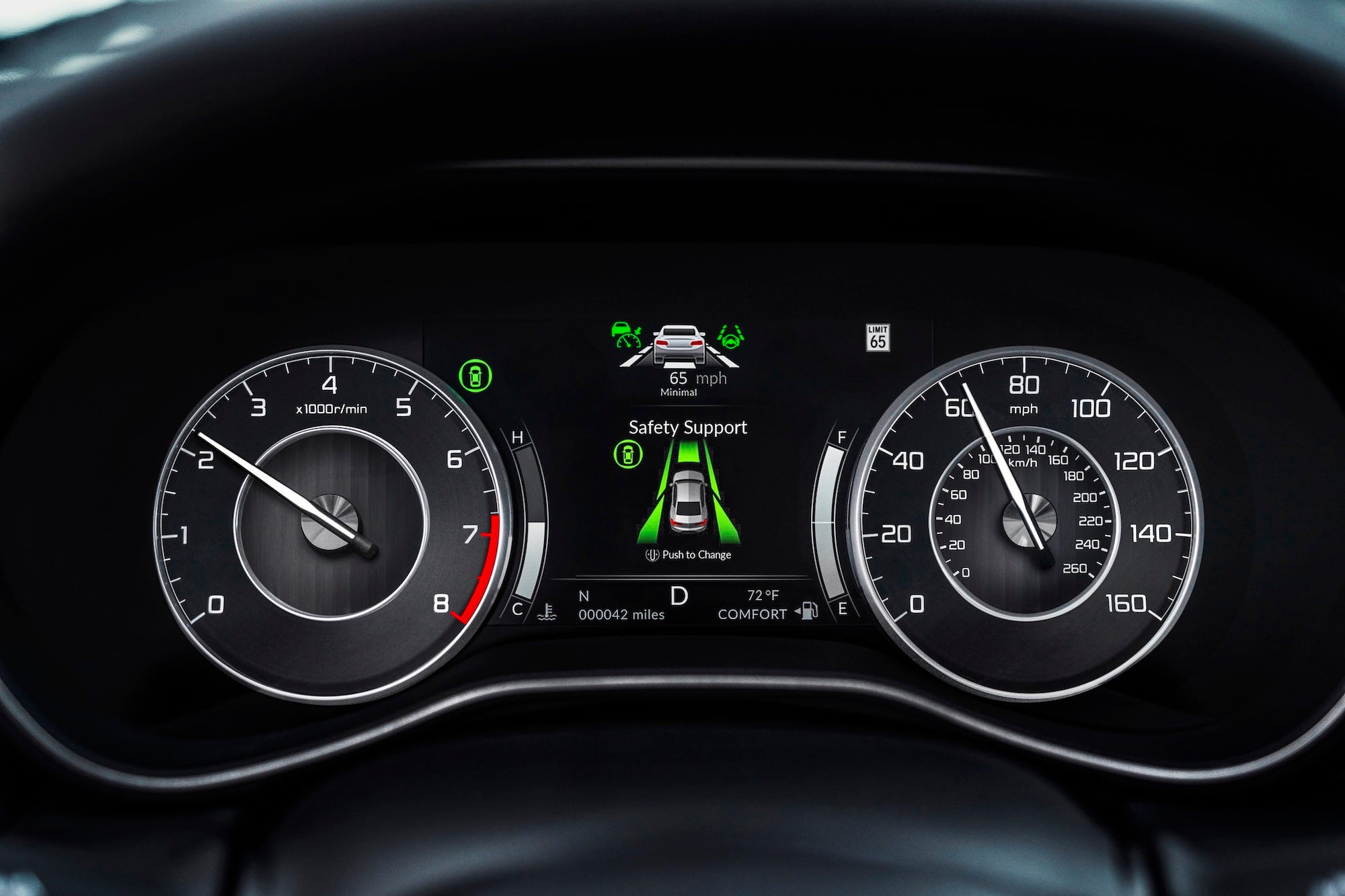 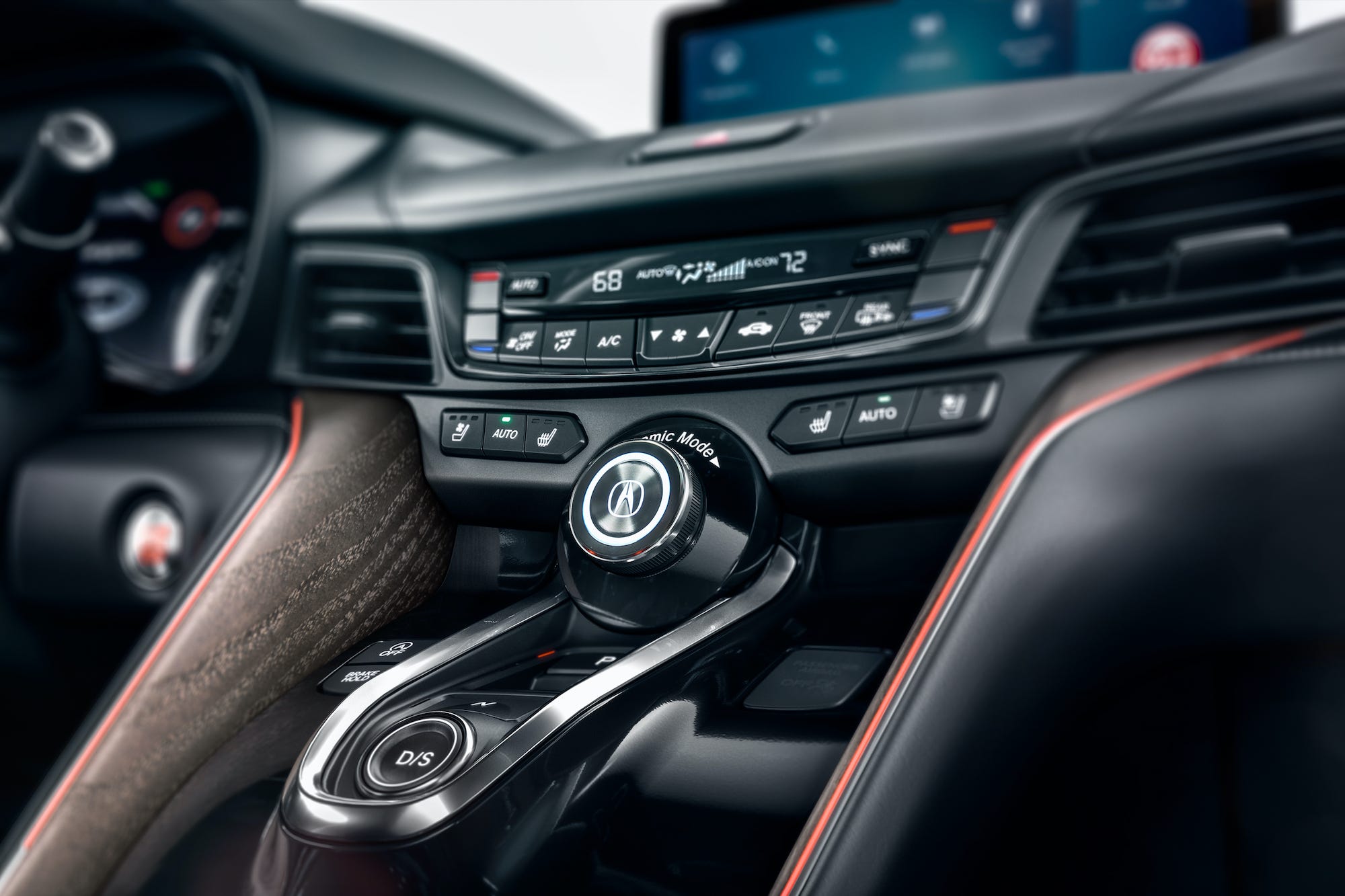 Materials such as aluminium, open-pore wood, and full-grain Milano leather. 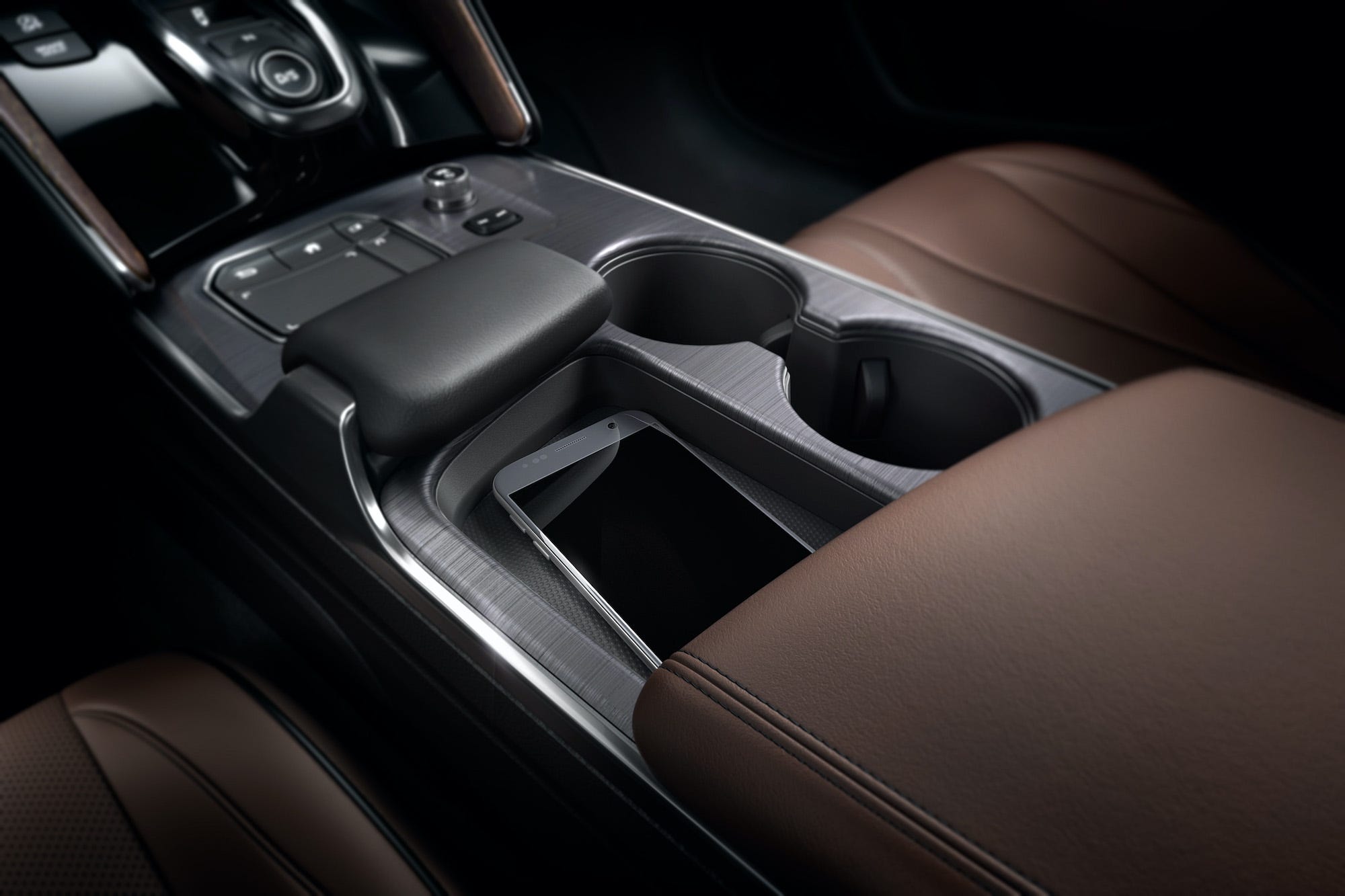 The design idea is clear: It’s a sporty but stylish sedan. 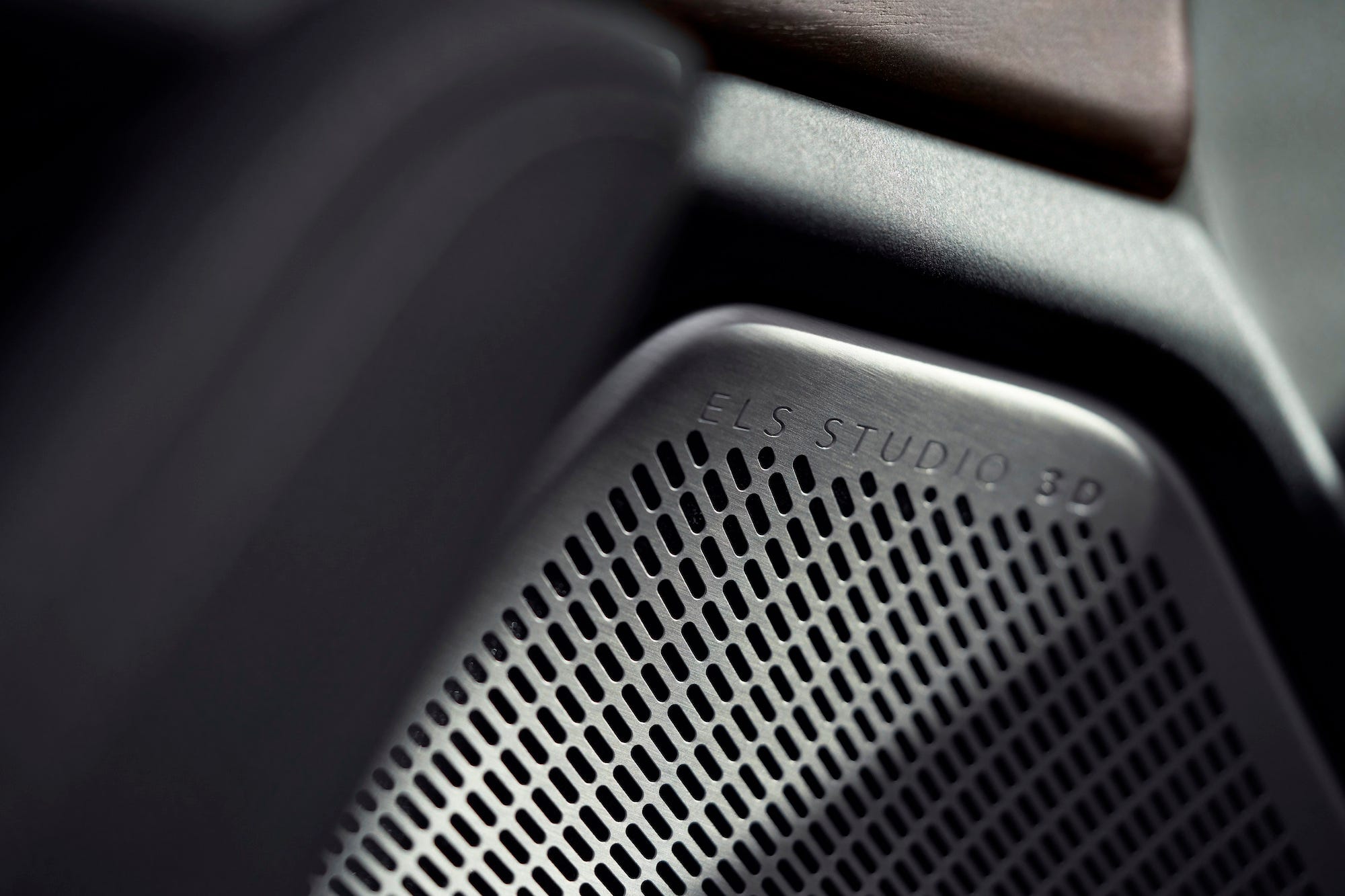 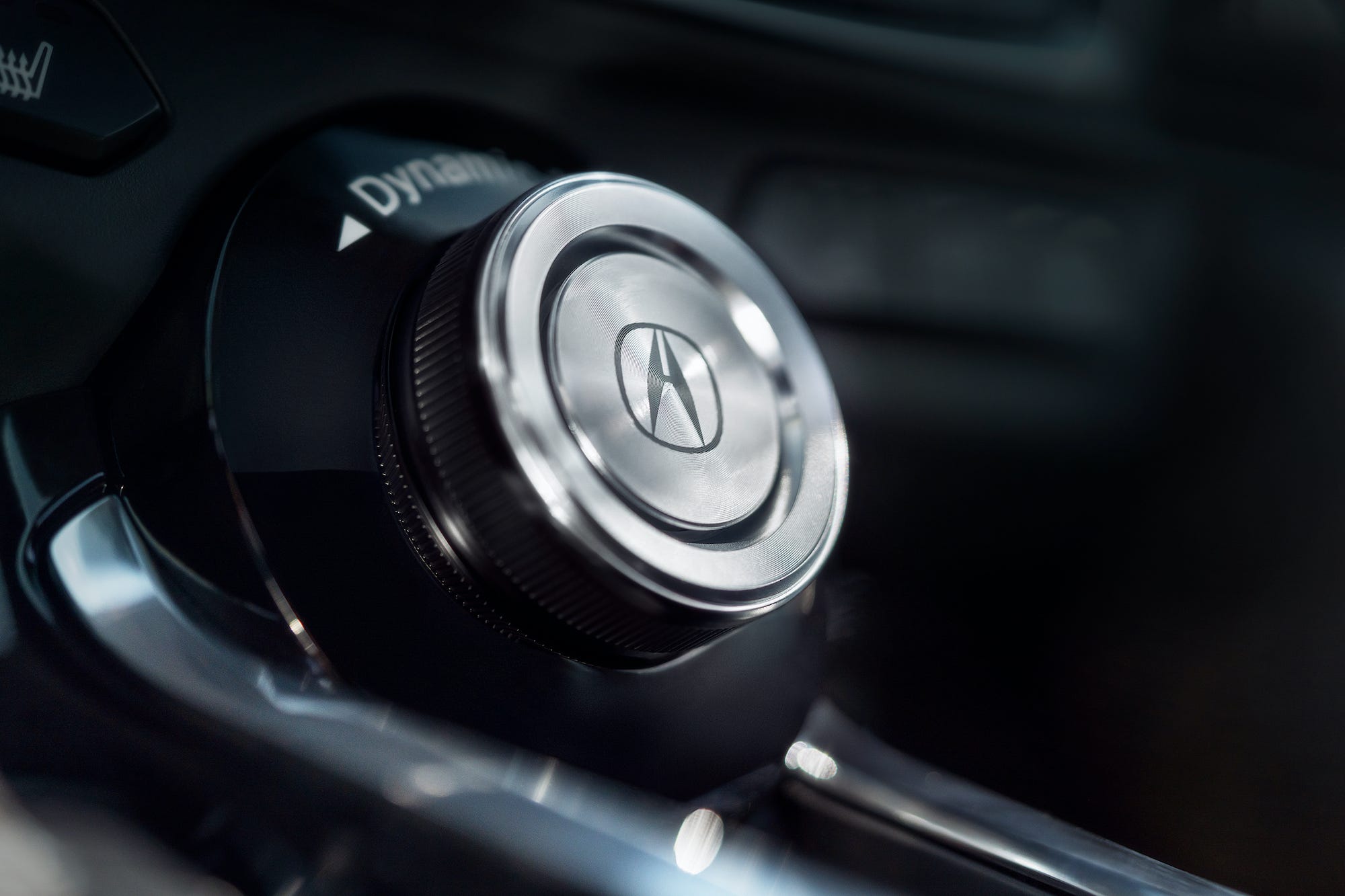 We also see the return of the Type S moniker with the 2021 TLX Type S.

It’s a highly anticipated return after a 10-year hiatus. 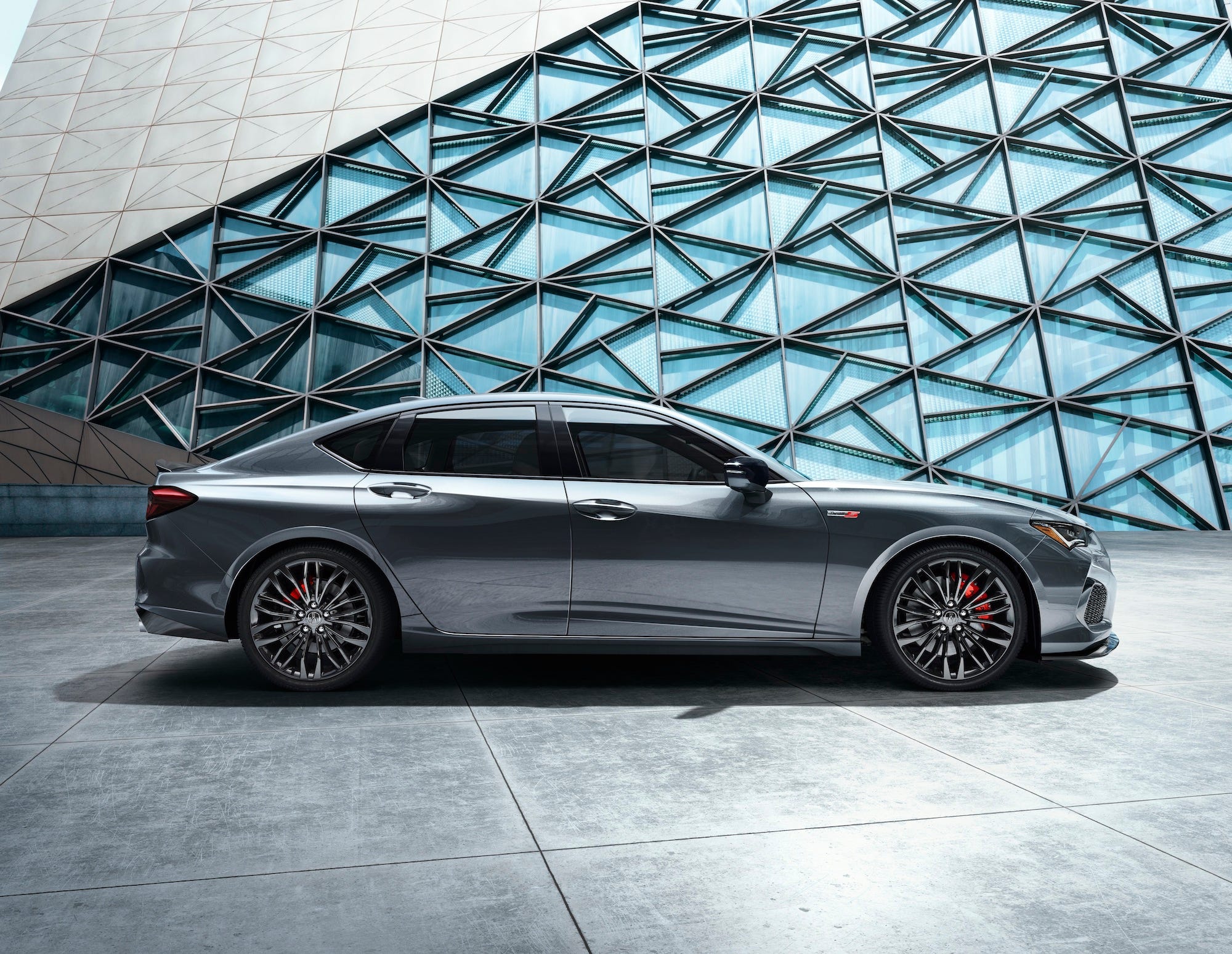 The Type S is the performance variant of the TLX and will have all-wheel drive as standard. 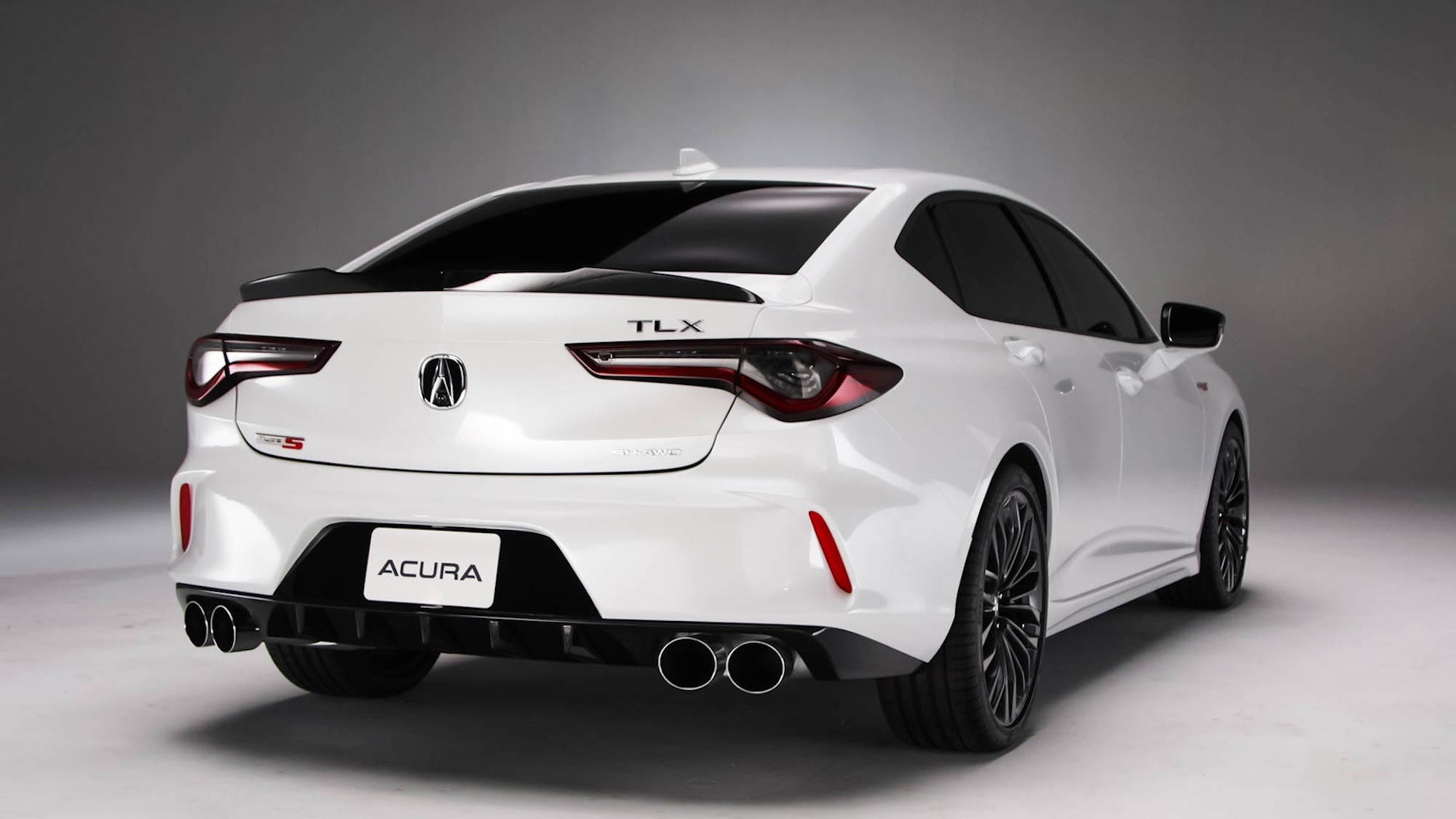 It takes the A-Spec’s already sporty looks and makes them even sportier. 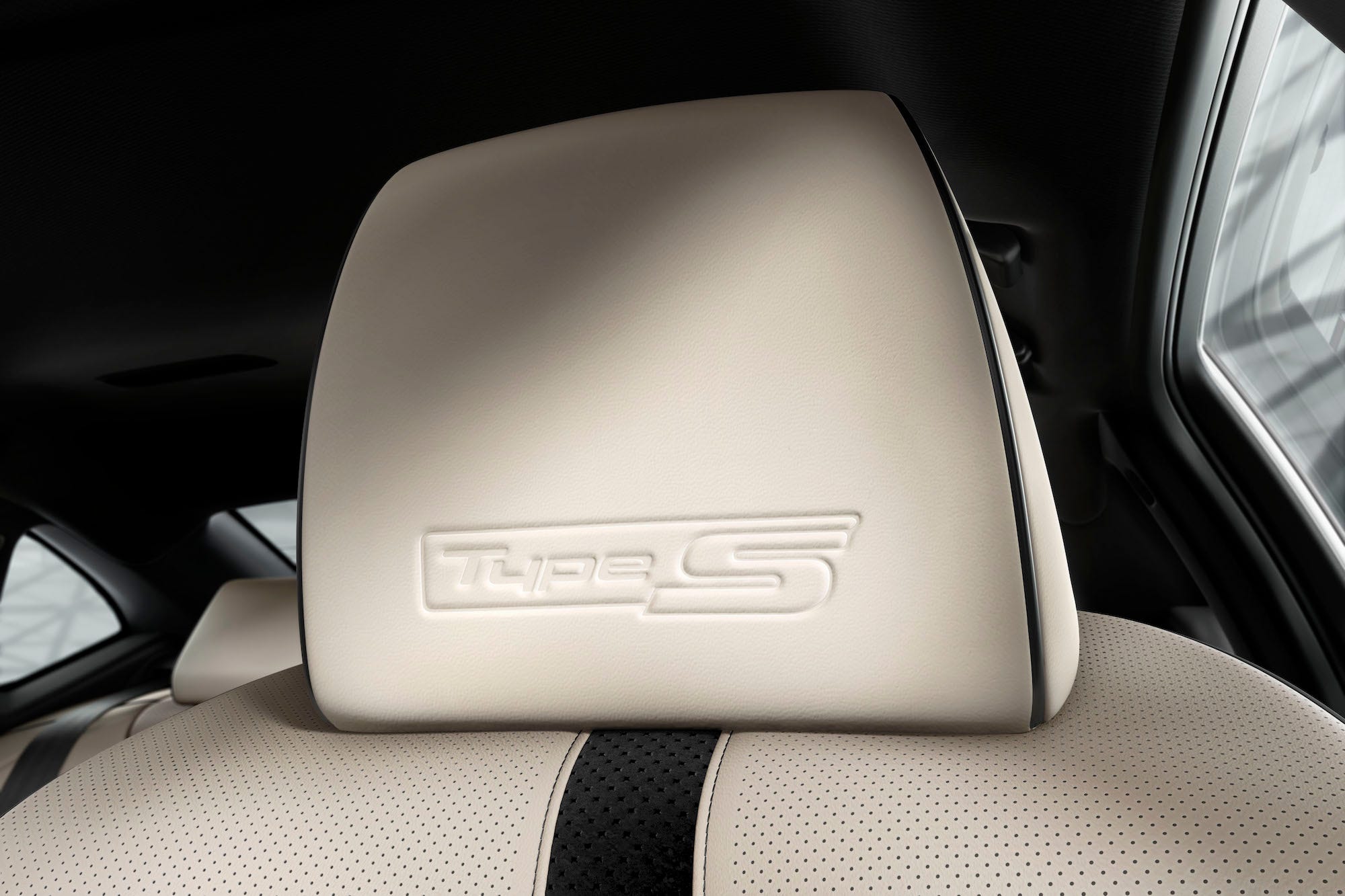 Visually, you’ll be able to distinguish the Type S with its unique, open-surface Diamond Pentagon grille and bigger side air intakes 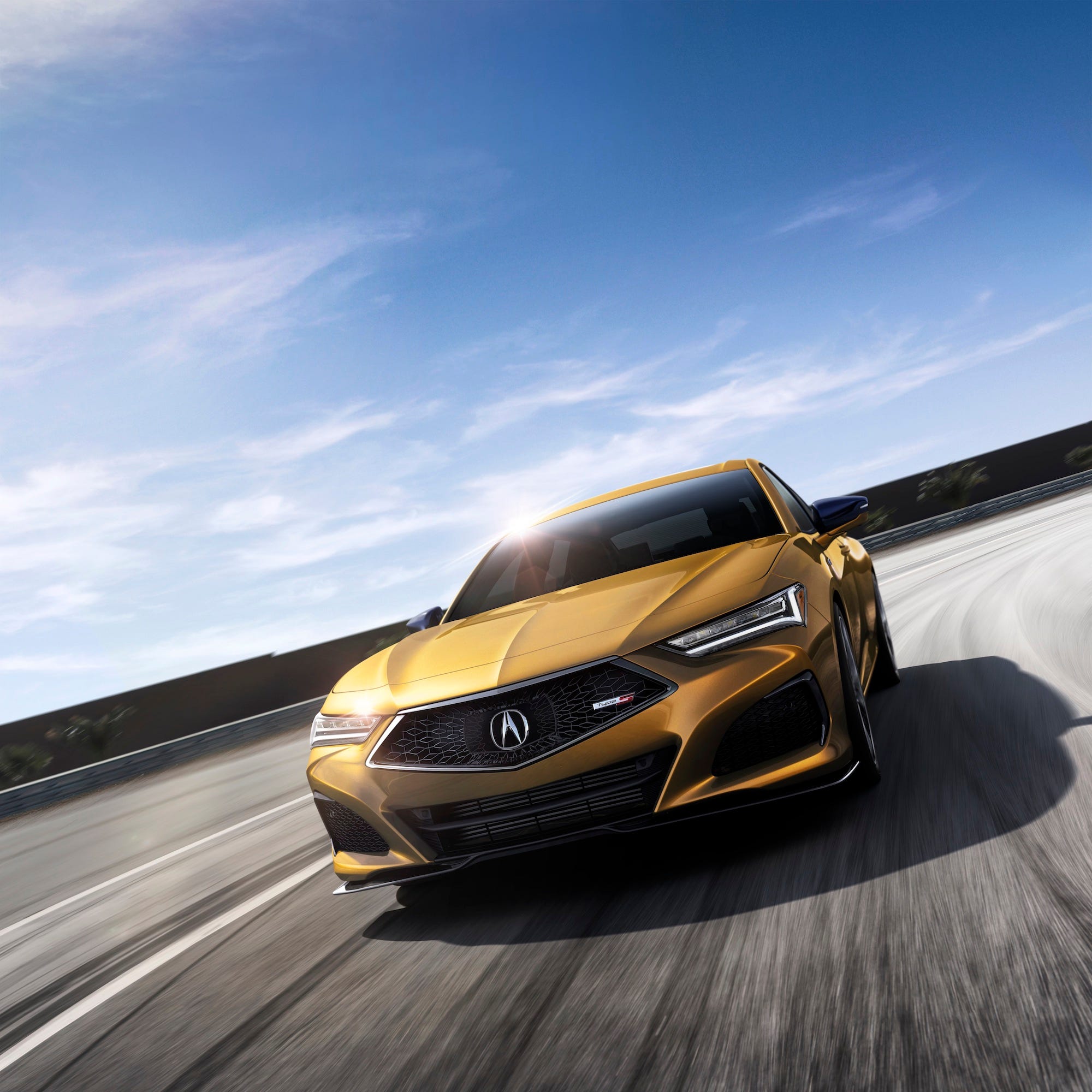 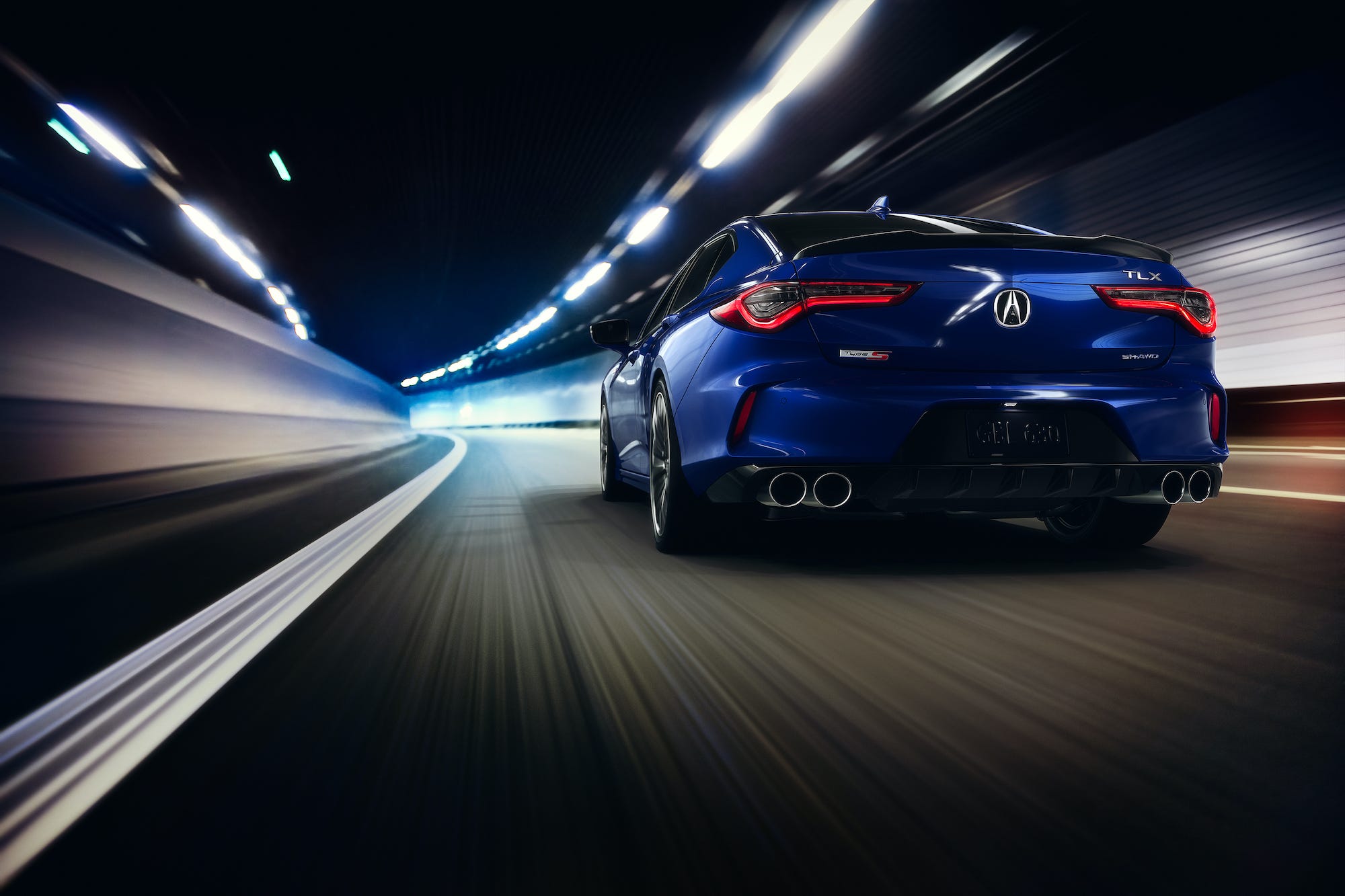 There will also be two, 20-inch wheel options, exclusive to the Type S. 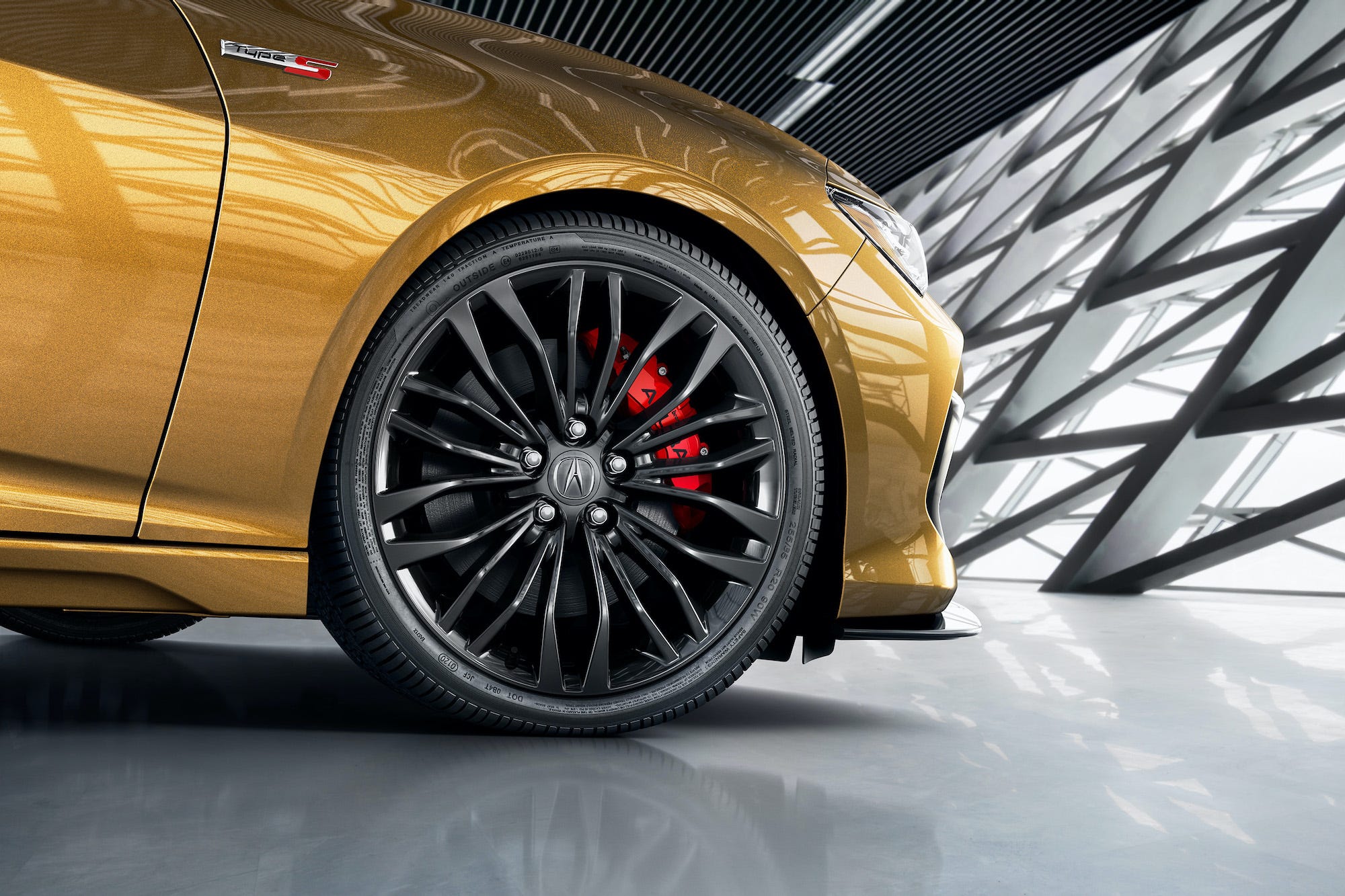 The engine will be a 3.0-litre, turbocharged V6, also exclusive to Acura. 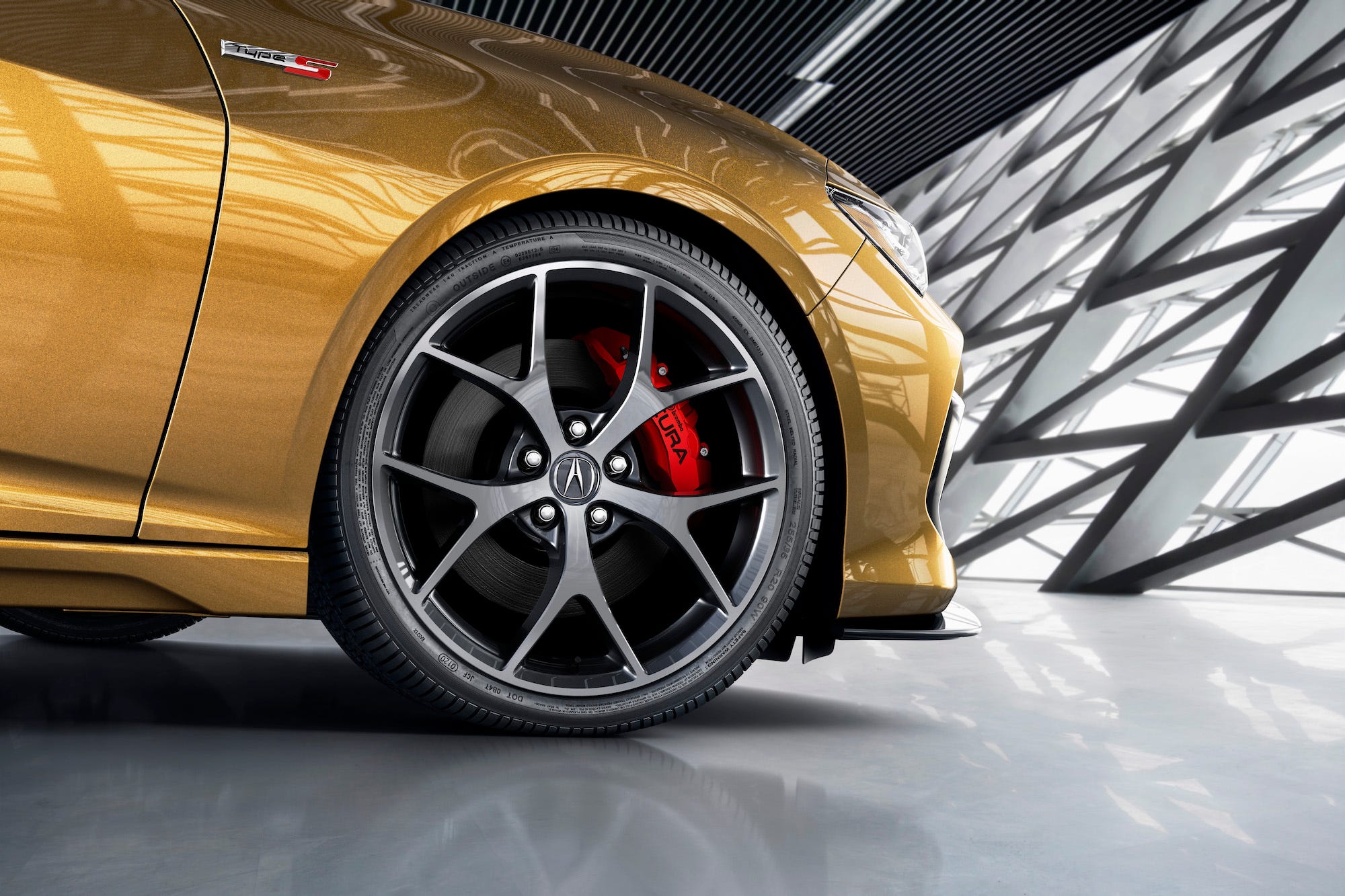 It will be hooked up to a 10-speed automatic transmission. 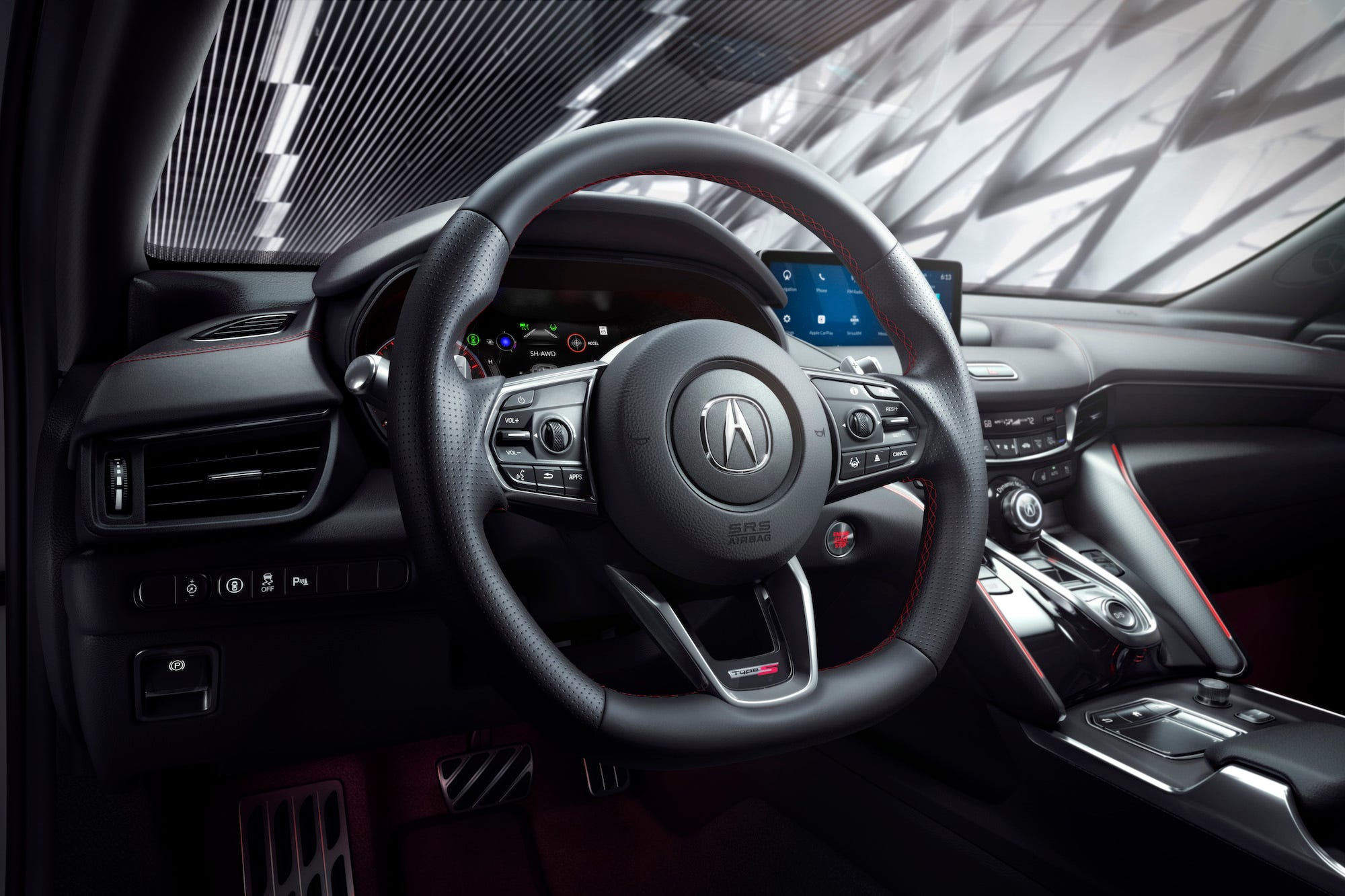 Acura didn’t release further specs or pricing on the TLX Type S at this time. 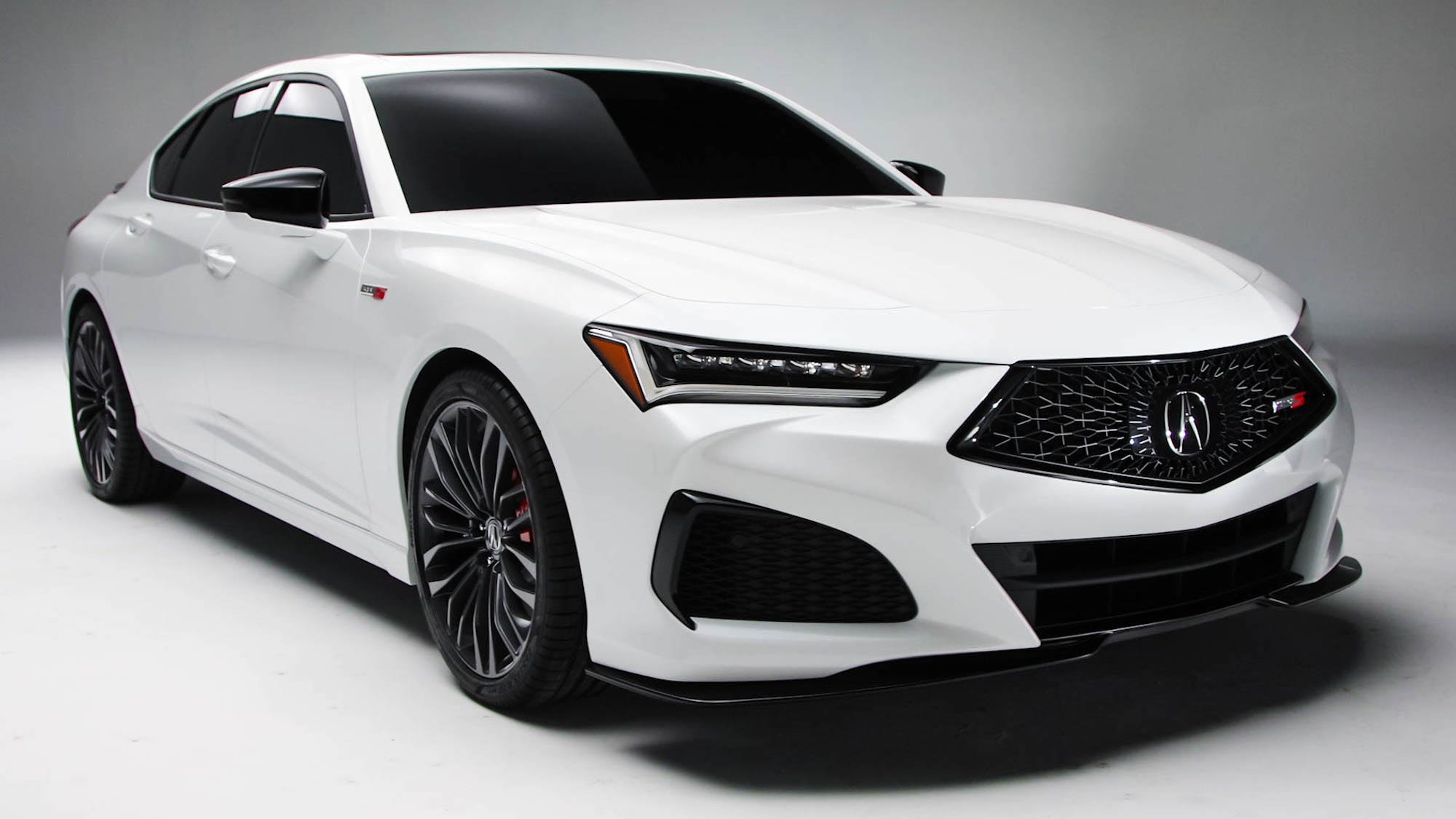 But it has got to be one of the best-looking new Acuras in recent memory. 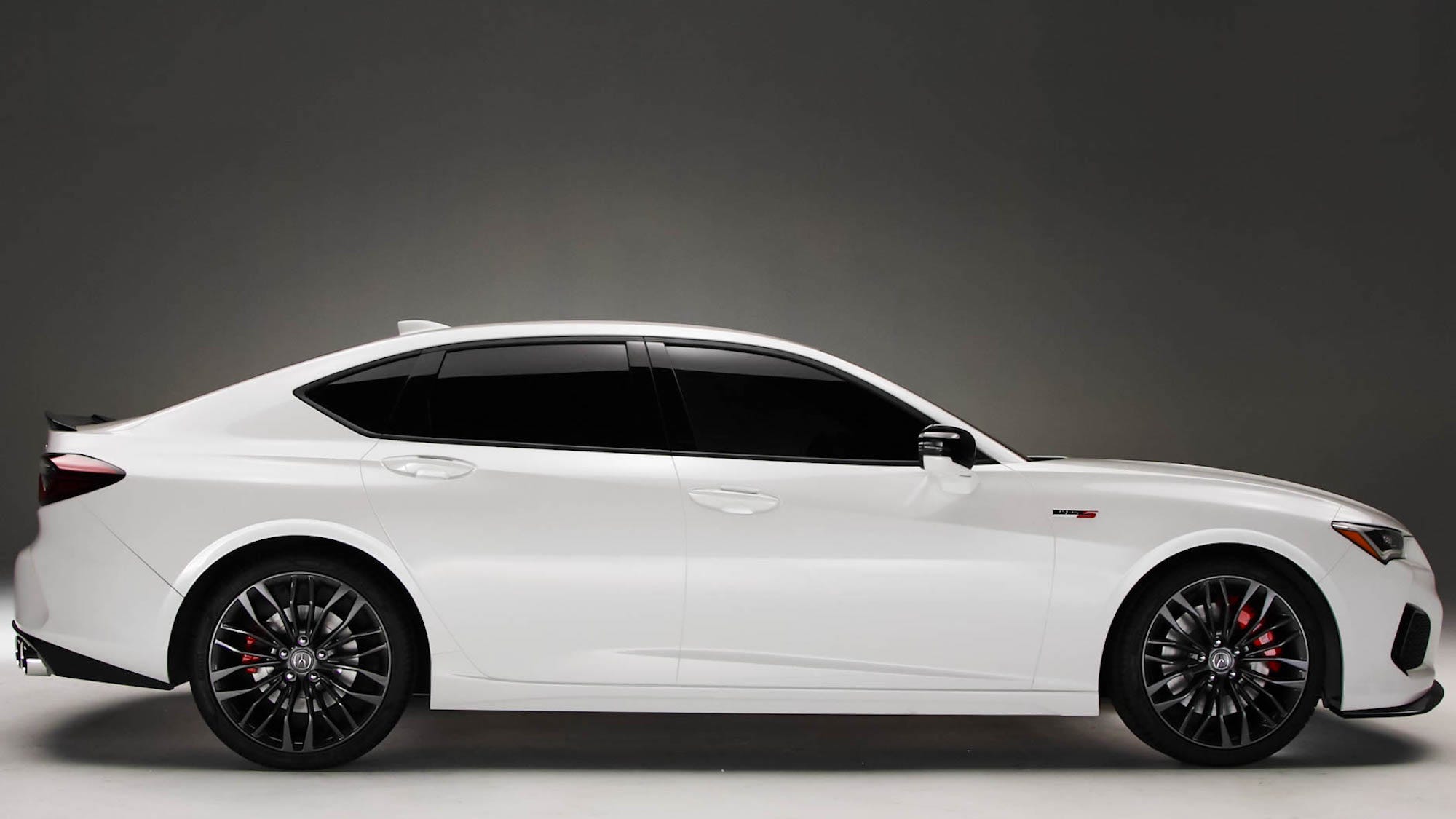