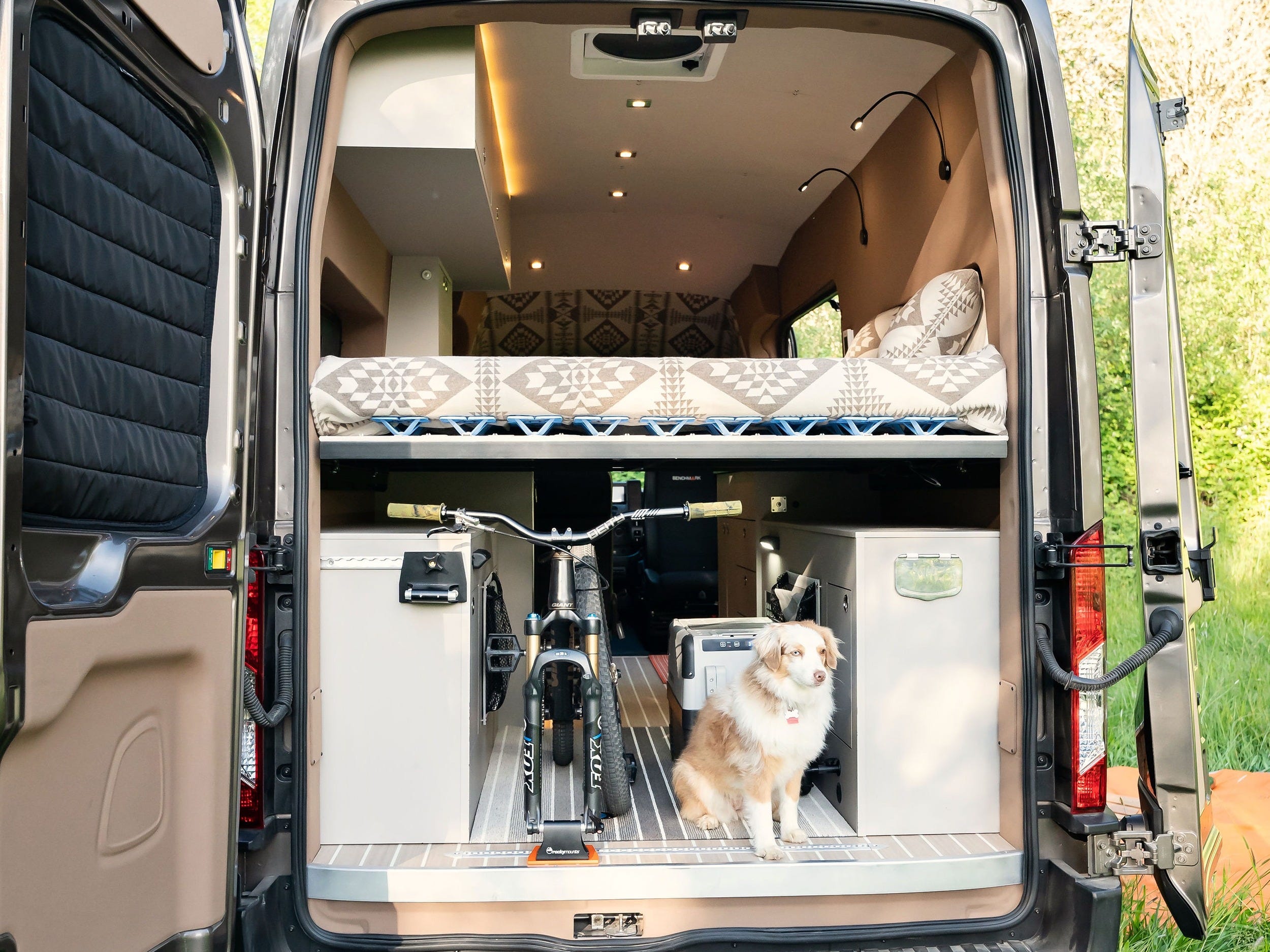 Camper van conversion company Benchmark Vehicles’ flagship vehicle is the Junior, an off-grid, four seasons-capable camper built inside of a 2019 Ford Transit High Roof for $US175,000.

Benchmark Vehicles specialises in converting both Ford Transits and Mercedes-BenzSprinters, which are two popular camper van chassis that both have similar initial upfront costs. According to Benchmark Vans, the Sprinter excels in its quality and design, while the Transit has more horsepower and can be more easily serviced.

The Ford can also be powered by standard petrol which, according to Benchmark Vehicles, has a high appeal to customers who plan on taking their campers around Central and South America.

And for those who want to take advantage of this potential cross-continent capability, Benchmark Vehicles’ Junior may be a good fit.

Junior was designed to be able to provide a comfortable #VanLife experience while off-grid in both hot and cold weather, according to its makers. To do this, Benchmark Vehicles upgraded Junior’s power systems to include components like a new 415-amp hour lithium battery system that both charges quickly and “decharges” slowly, according to its maker. 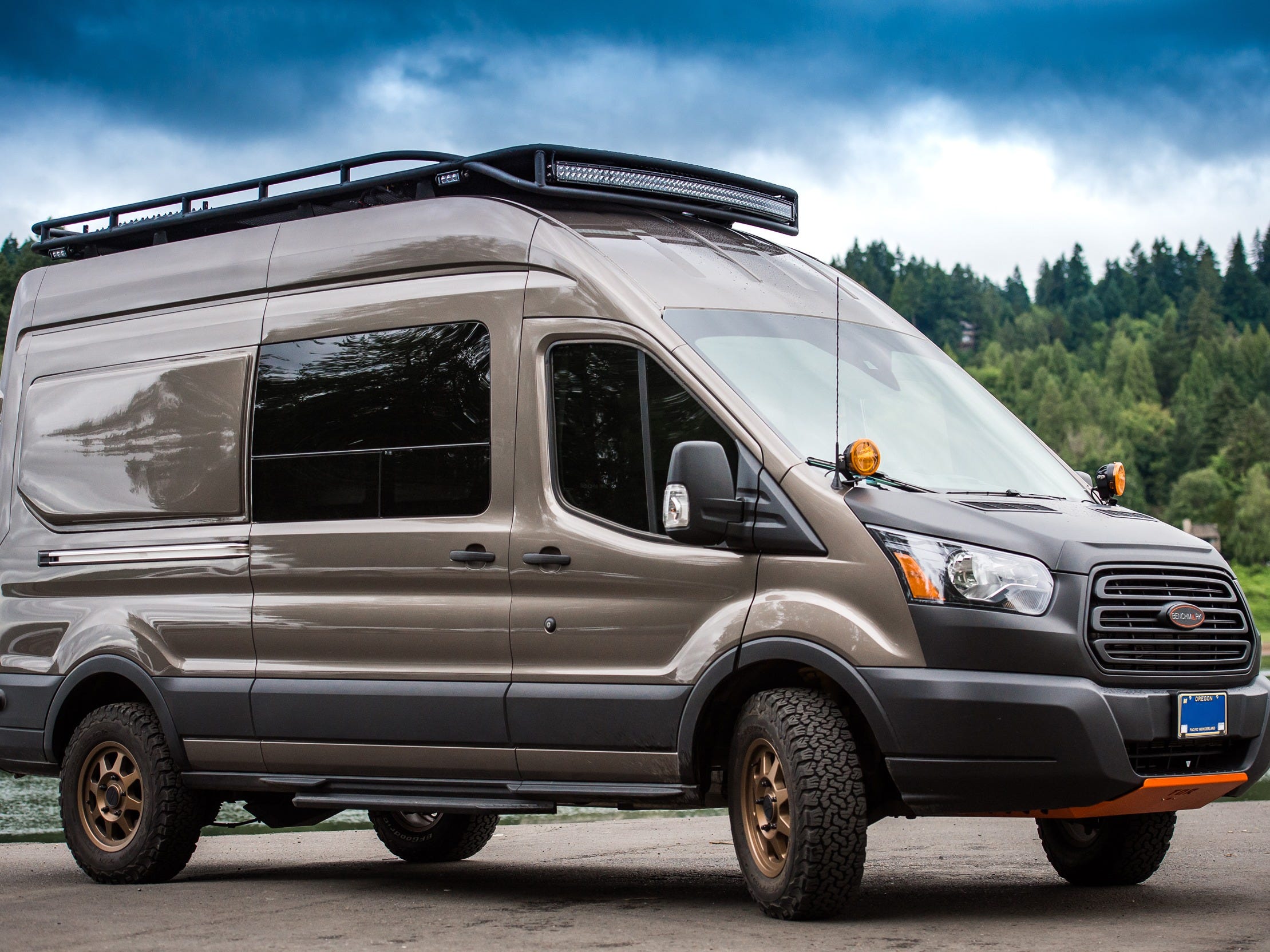 These systems supply power to units such as the kitchen, which consists of an induction cooktop, faucet, sink, and 3.7-cubic foot fridge. 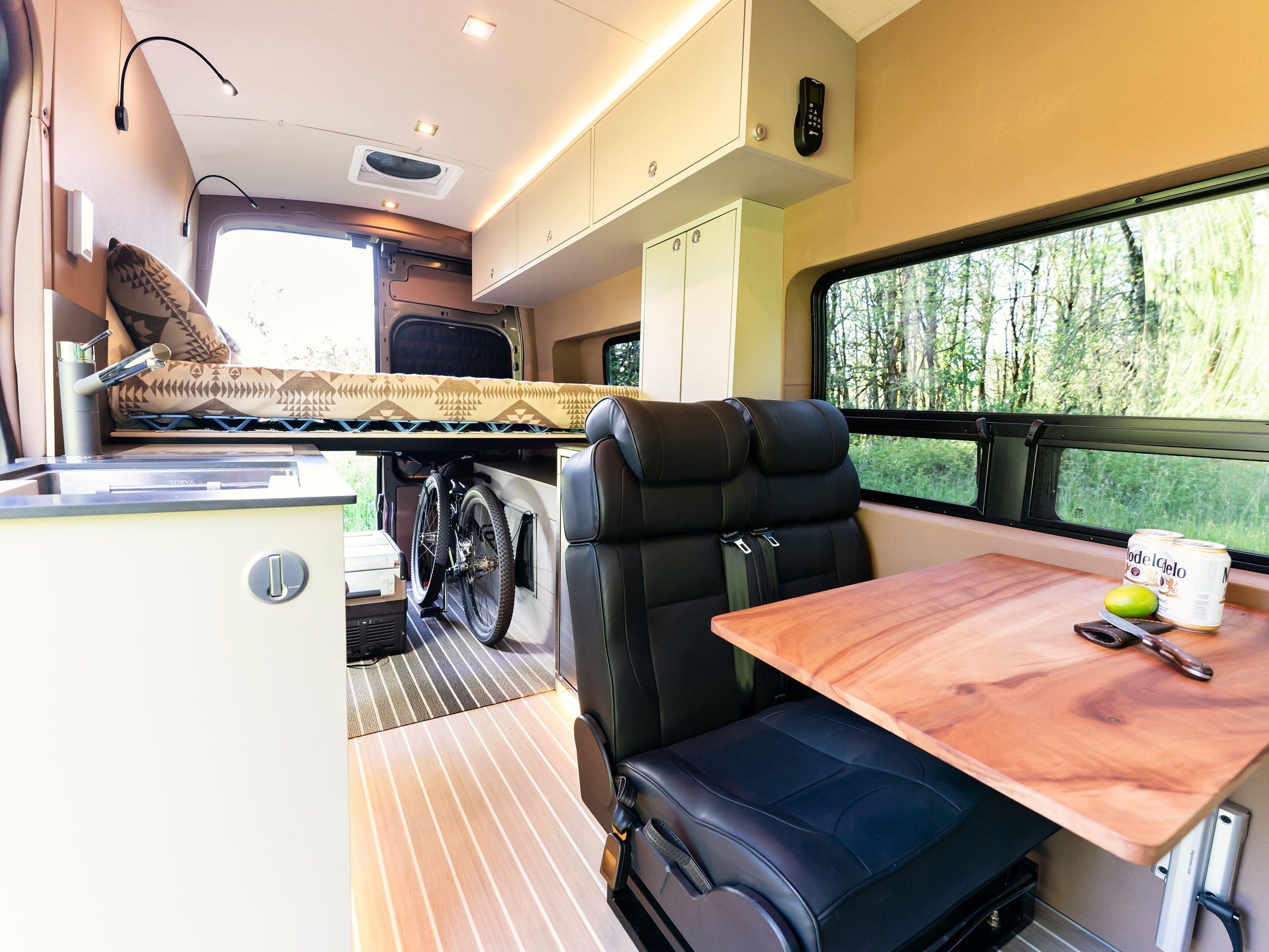 Meals cooked in the kitchen can be eaten at the removable dining table and bench seats, which are also accompanied by the swivel driver and passenger seats. 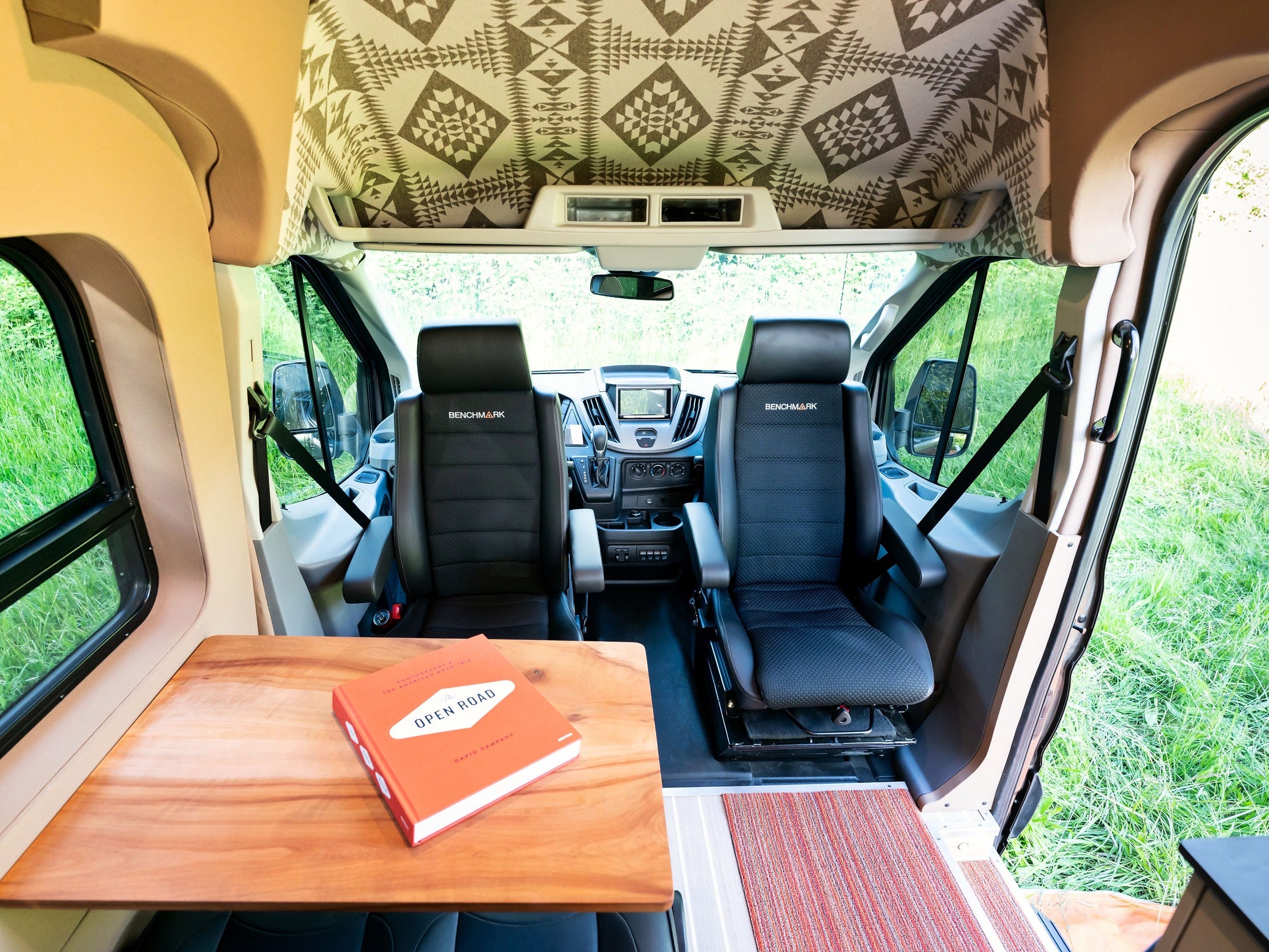 Junior’s cabinets are custom built with sustainability in mind by Benchmark Vans’ cabinetry specialists, according to the company. 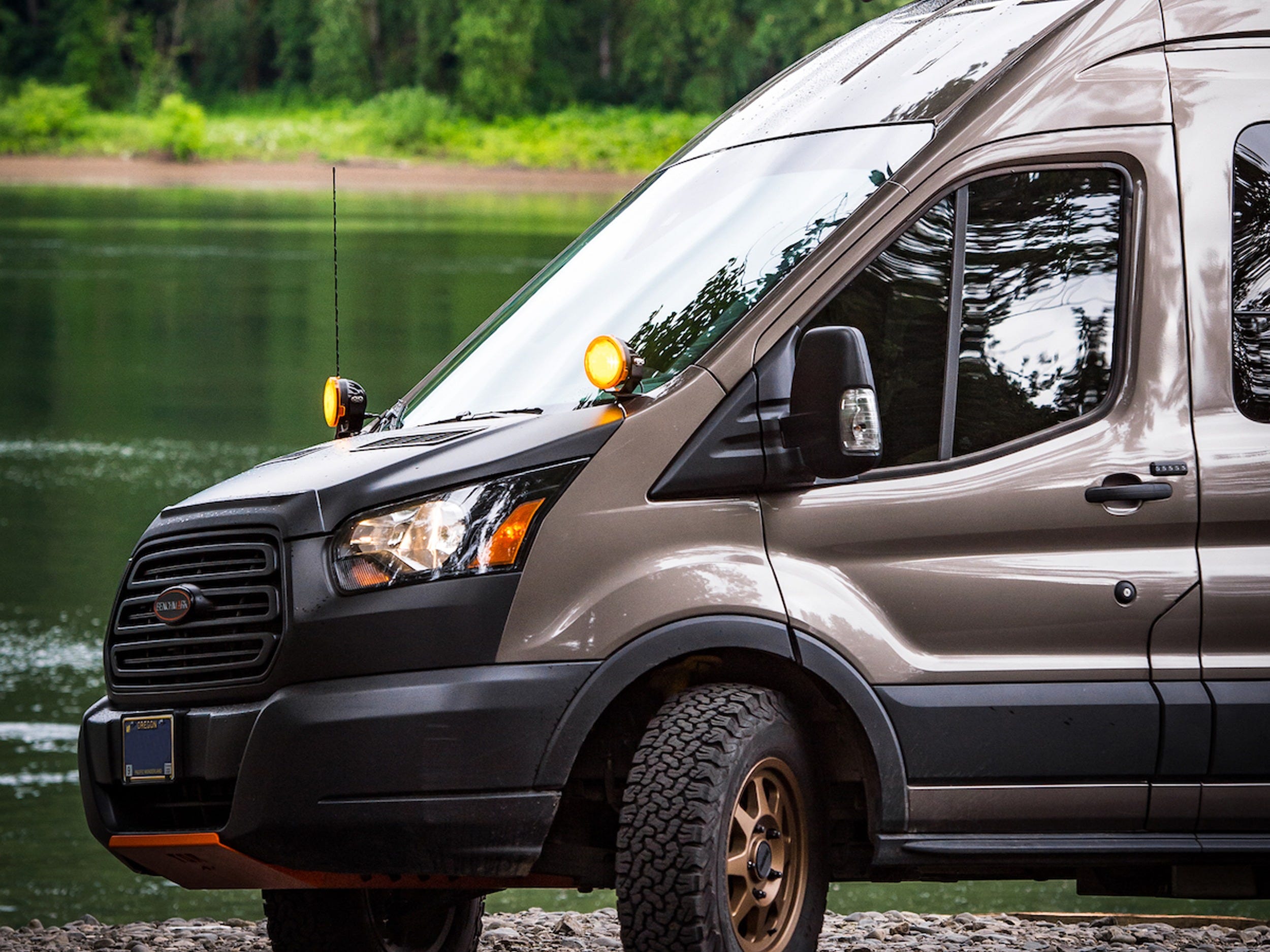 Besides the cabinets, further storage inside Junior includes organisers for dinnerware, and a garage space underneath the removable bed platform and its five-inch thick mattress. 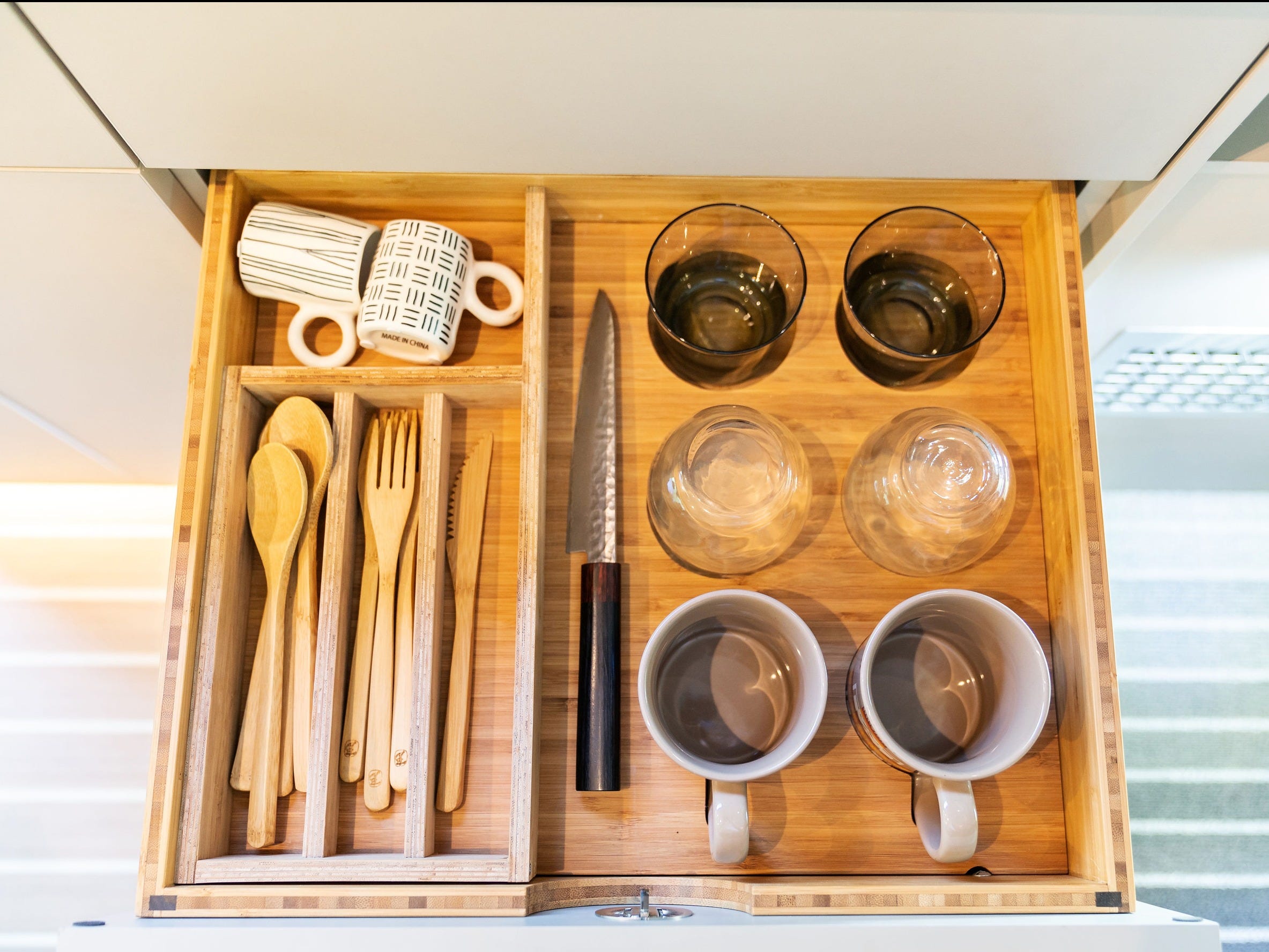 The walls, ceiling, and floor have also been upgraded from the original Transit. This includes new fabrics on the wall and ceiling, and insulation for temperature and acoustics. 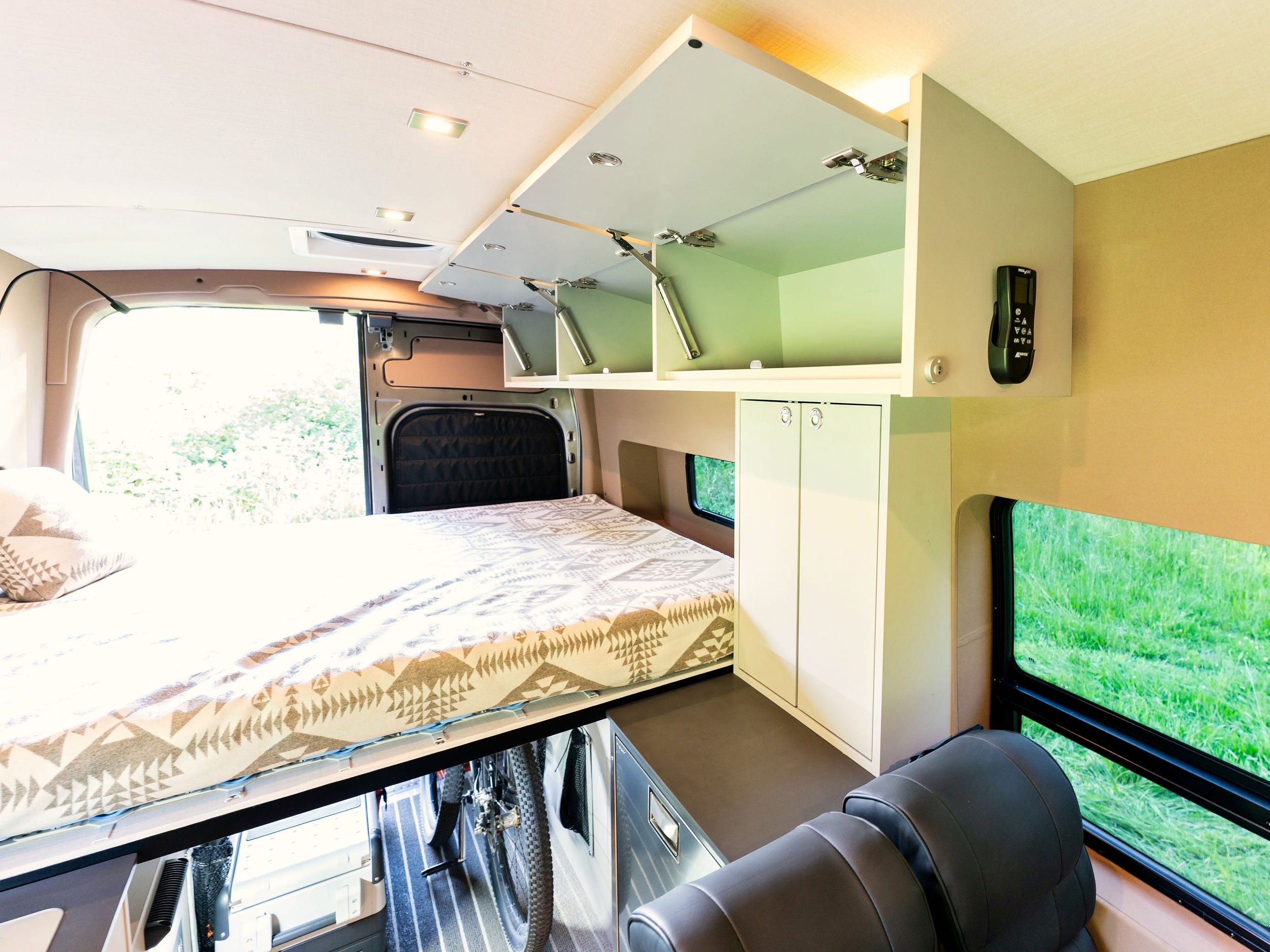 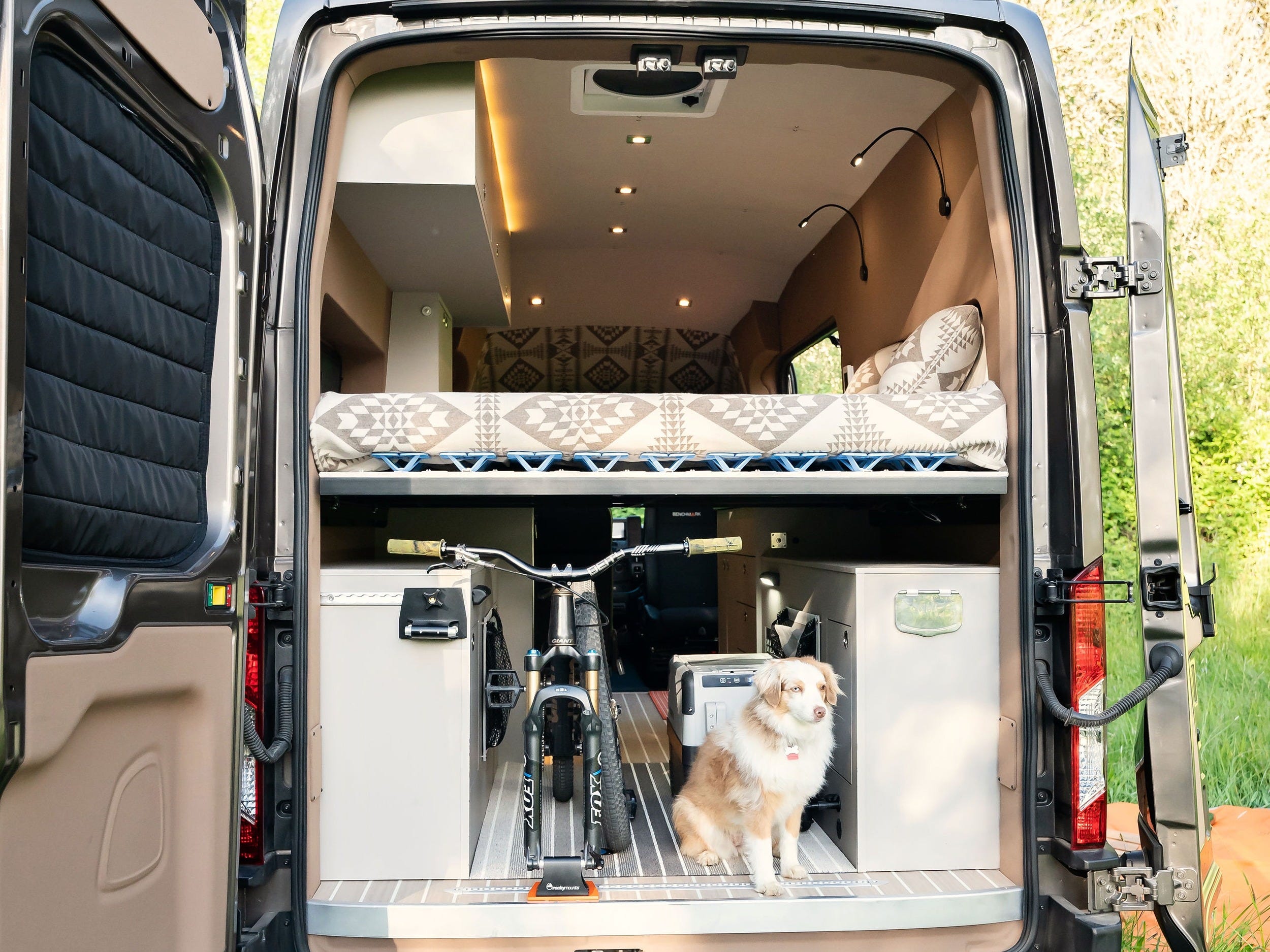 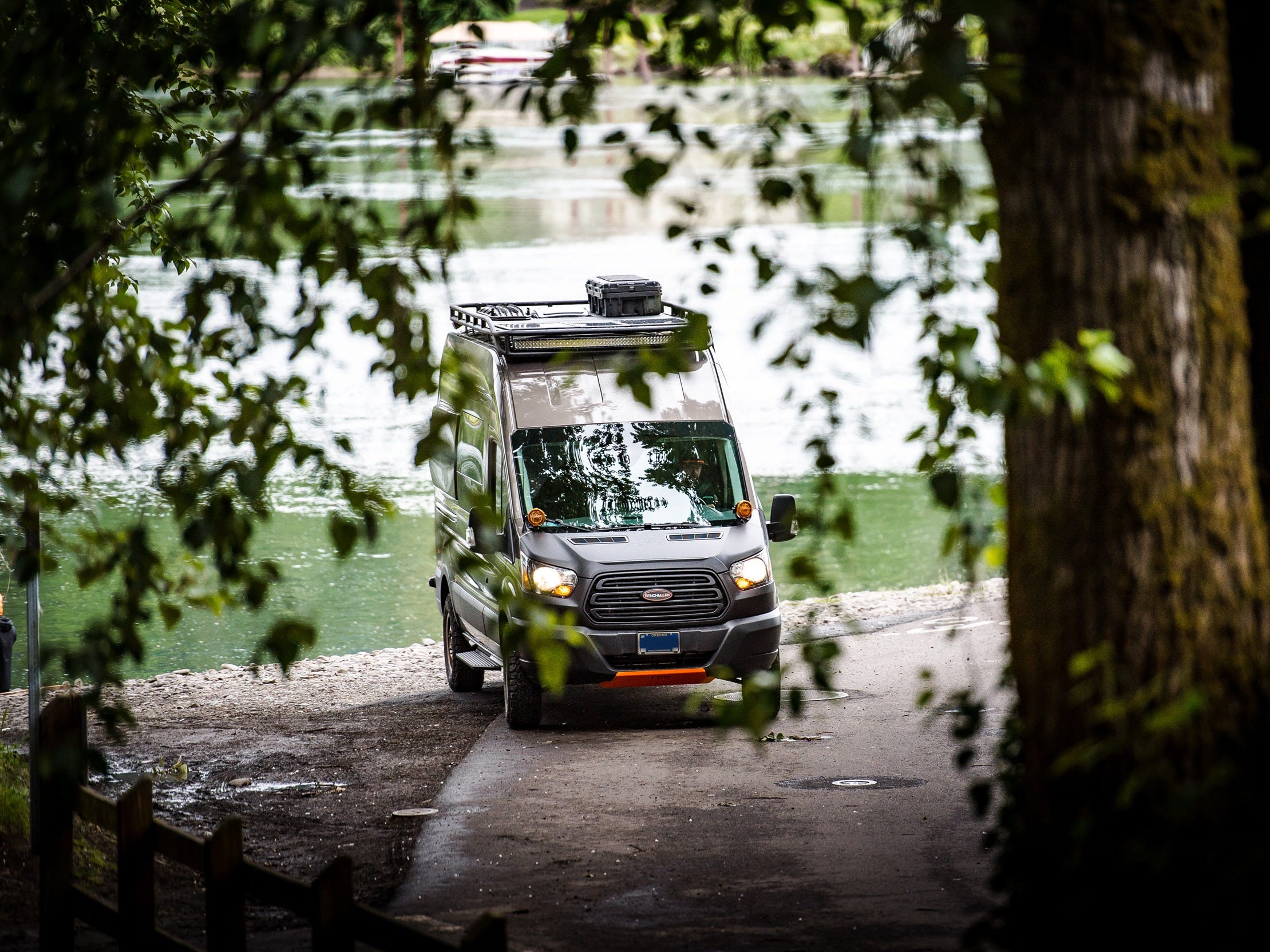 For entertainment while out on the road, the van has upgraded speakers around the interior. 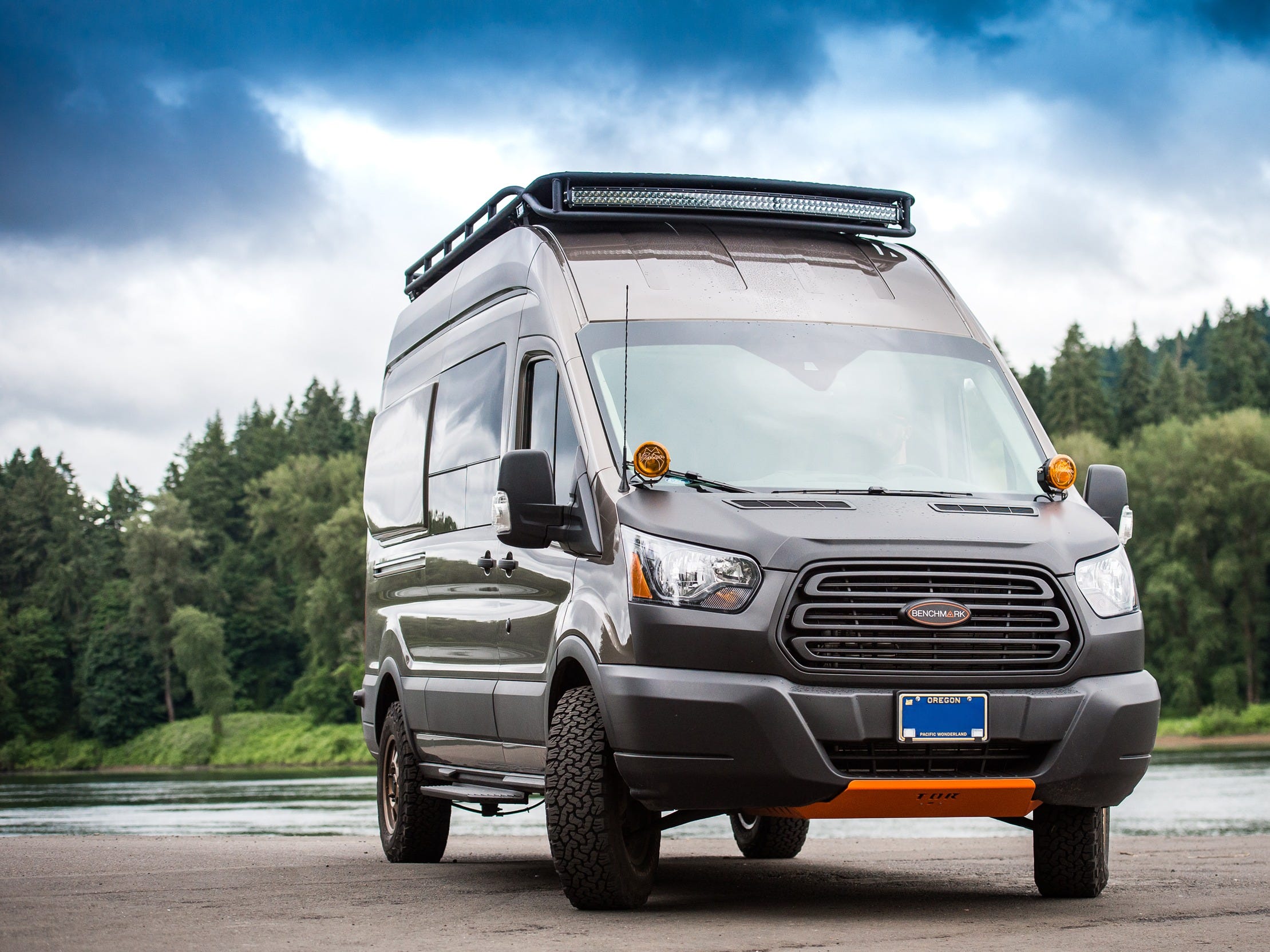 The exterior also has several improvements as well, such as a roof rack that can be accessed with the side ladder, improved lighting systems, and new wheels, to name a few. 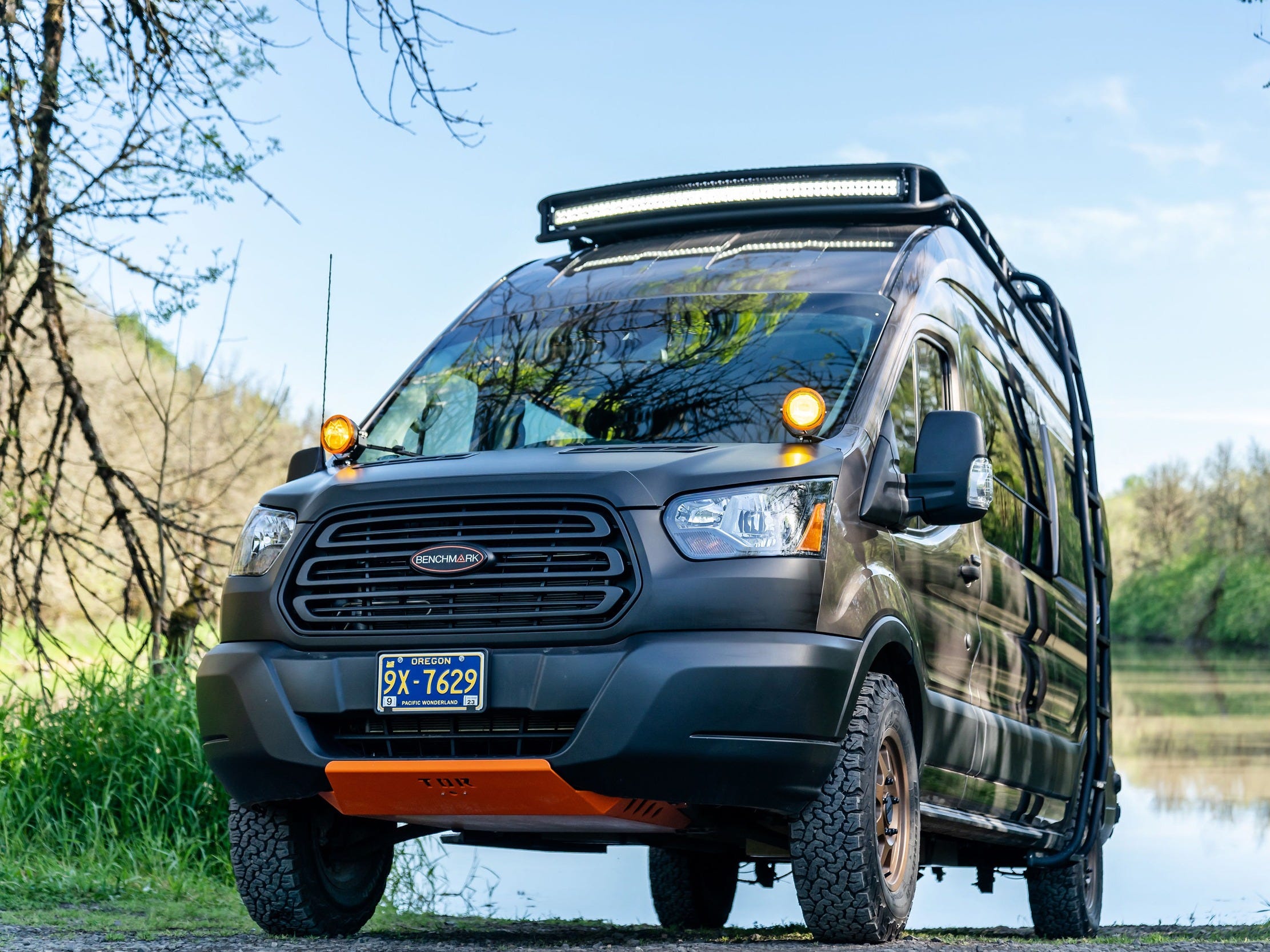 The van costs $US130,000 to convert, not including the Transit itself. This number jumps to $US175,000 when the price of the van is factored in. 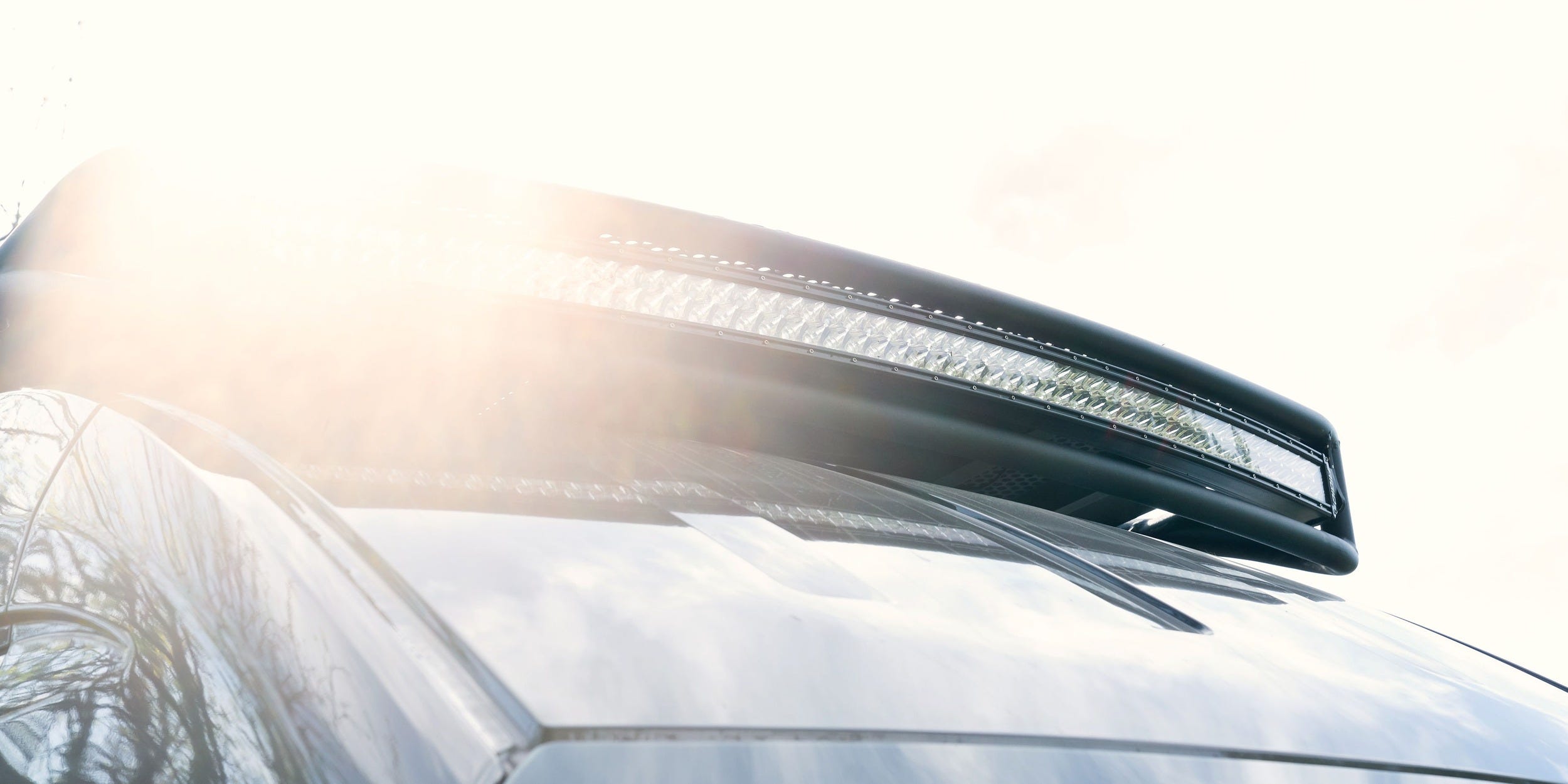