After celebrating her 20th birthday, August the rescue dog is the world's oldest golden retriever 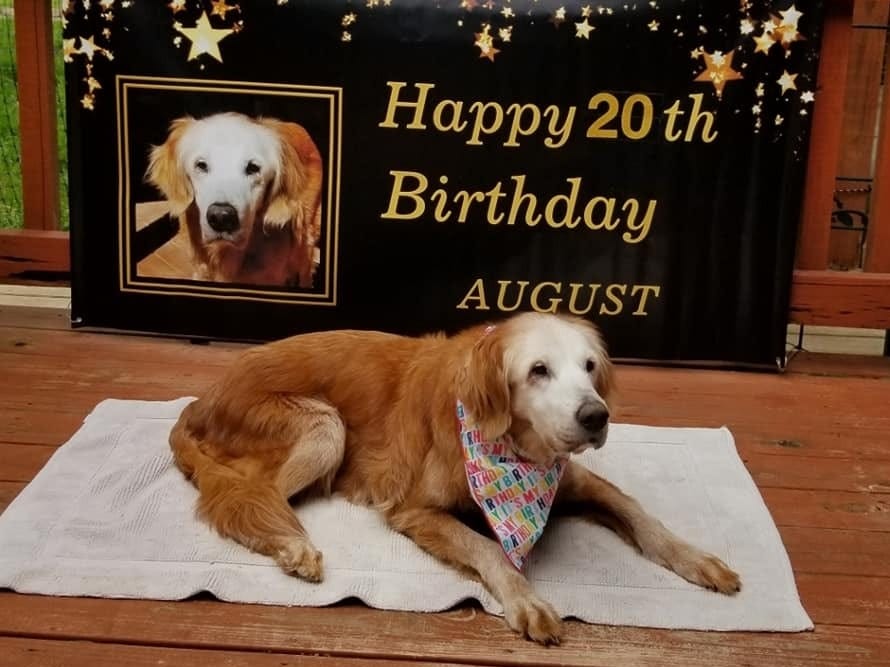 When Jennifer and Steve Hetterscheidt, who live in Oakland, Tennessee, fostered 14-year-old August the golden retriever, they weren’t sure how long she’d be around for.

But six years later, they have just celebrated her 20th birthday – and discovered that she’s the oldest known golden retriever in history. Aside from some minor health issues, “Augie” is in great shape.

The Hetterscheidts haven’t had her status verified for an official world record since Guinness World Records doesn’t qualify dogs by breed, but according to their list, August is the 19th oldest dog in the world. GoldHeart Golden Retrievers Rescue, a Maryland-based rescue that shared her story, has stated that she is the “oldest known, oldest living golden retriever.”

Insider spoke to the Hetterscheidts to find out how August came into their lives and how she celebrated the big 2-0.

Jennifer and Steve Hetterscheidt adopted August from a golden retriever rescue in 2014. 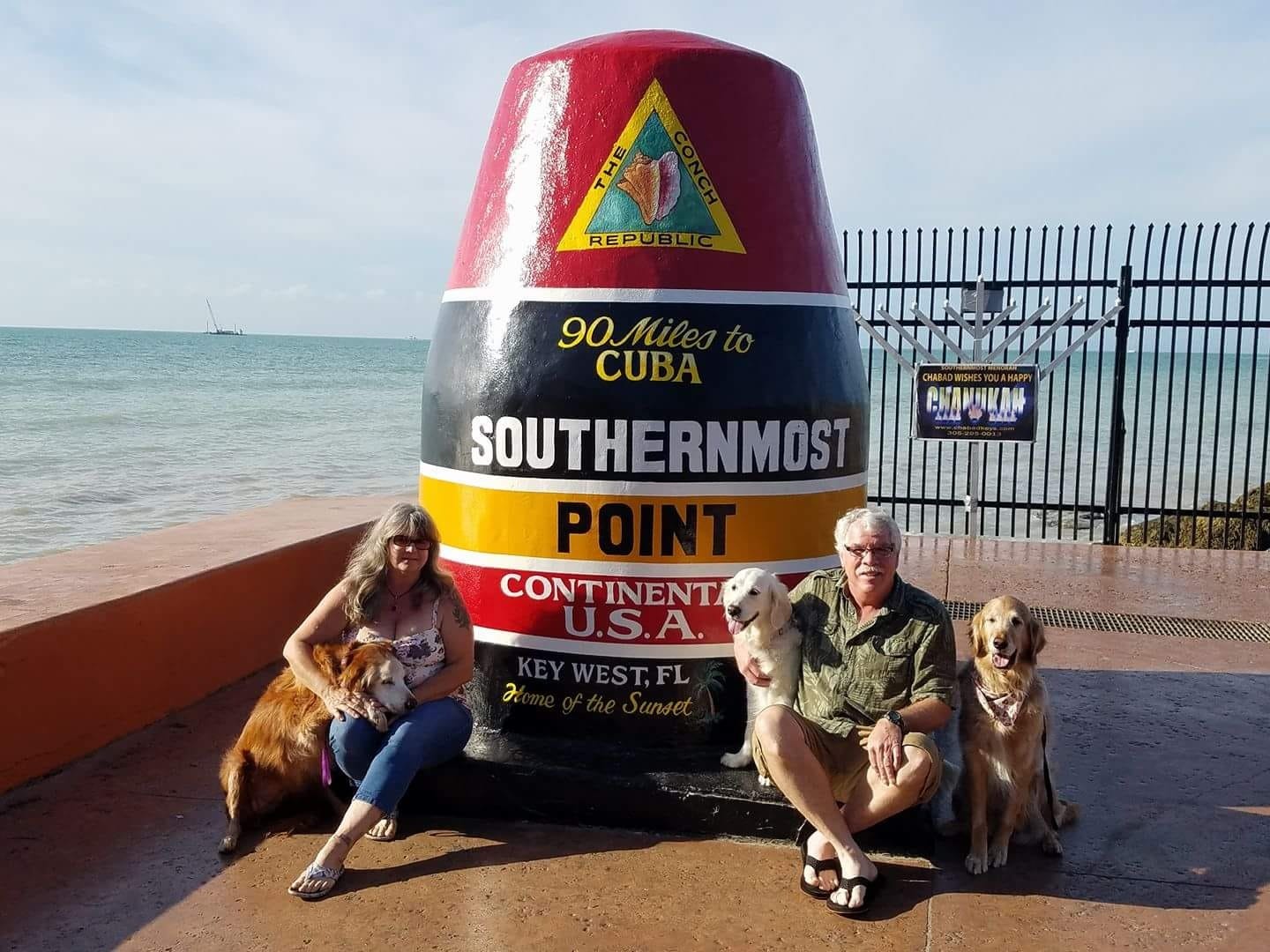 Jennifer Hetterscheidt was working as the intake director at The Golden Retriever Rescue Southern Nevada when August was dropped off.

August’s previous owner had fallen on hard times and had to live in a shelter, where she couldn’t bring dogs. 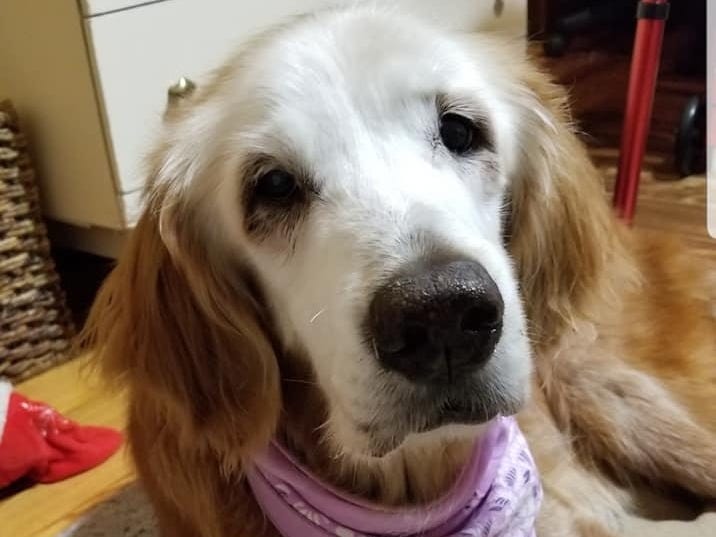 August had lived with her previous owner in St. George, Utah.

When the Hetterscheidts started fostering August, they figured it would only be for a short amount of time, since she was already 14 years old. 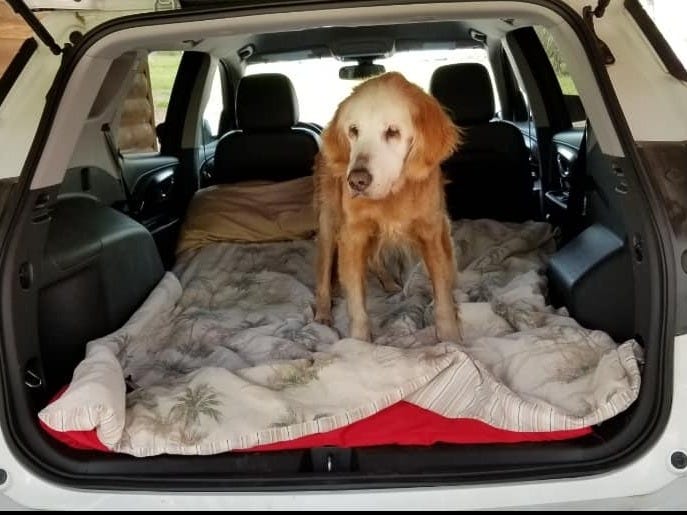 Steve and Jennifer Hetterscheidt/GoldHeart Golden Retrievers RescueAugust in the car.

“We started fostering her as a ‘forever foster’ because we figured no one would want to adopt a dog already a couple years older than the normal lifespan,” Steve Hetterscheidt told Insider.

However, after two years, she was still going strong, so the couple decided to adopt her.

After Jennifer Hetterscheidt retired from her job at the rescue centre, they left Nevada and moved to Tennessee, where they live today. 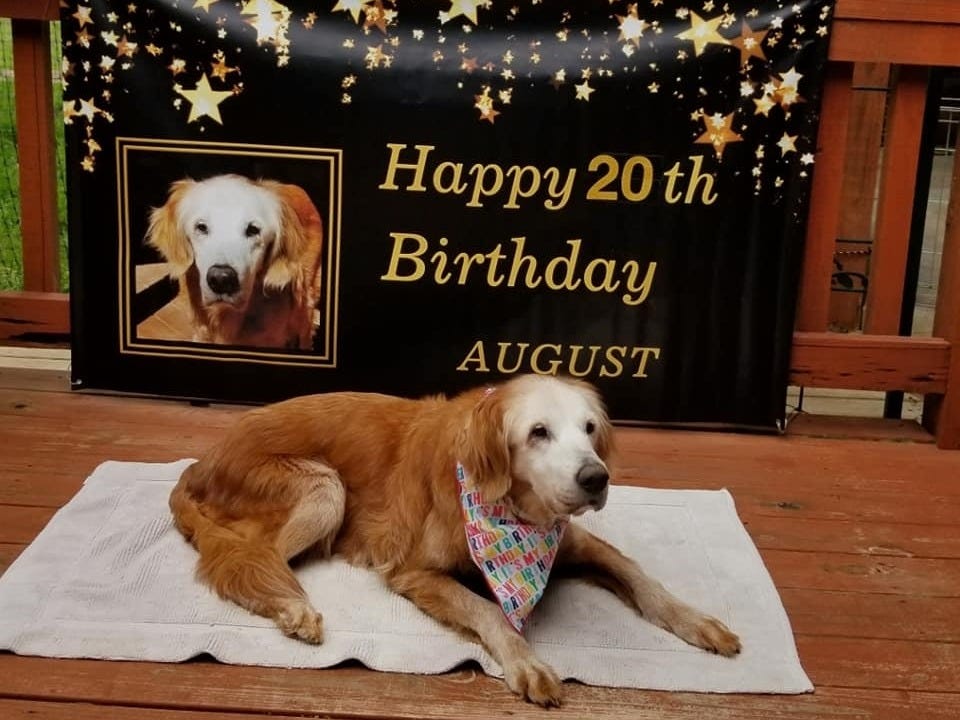 “She has been a great addition to the family and she just keeps chugging along,” Steve Hetterscheidt said.

Hetterscheidt, who has three other goldens, said August eats a normal diet, and that he attributes her longevity to “good genes.” 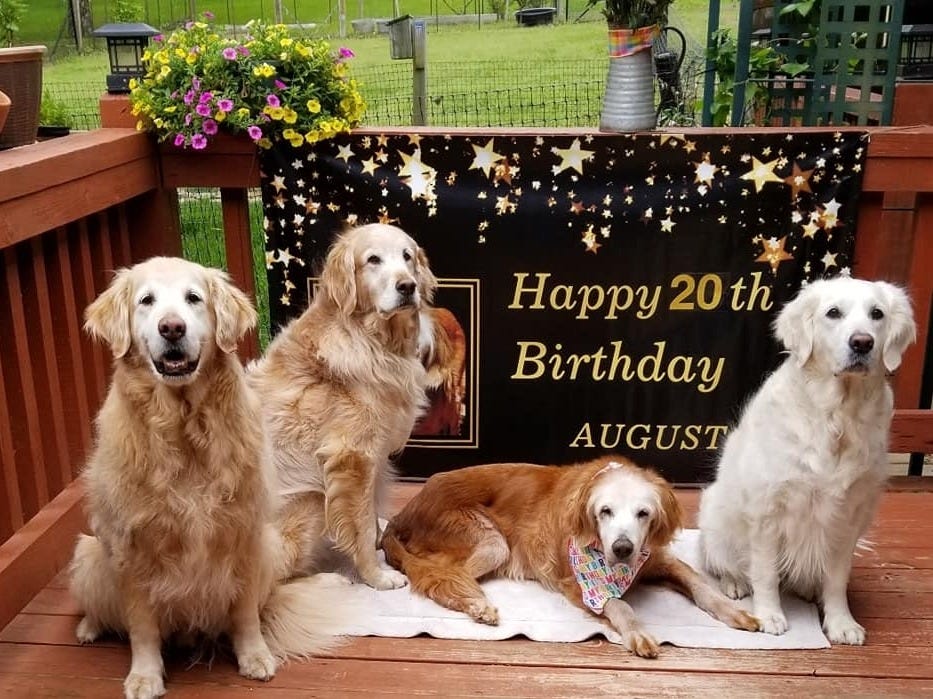 “Seeing as how she was 14 when we got her, and we don’t really know what they were feeding her before, we really think that it’s just attributed to good genes. Golden retrievers normally only live to be 10 or 12 years old, and are very prone to cancer,” he said.

August has some minor kidney failure, but she is otherwise healthy. 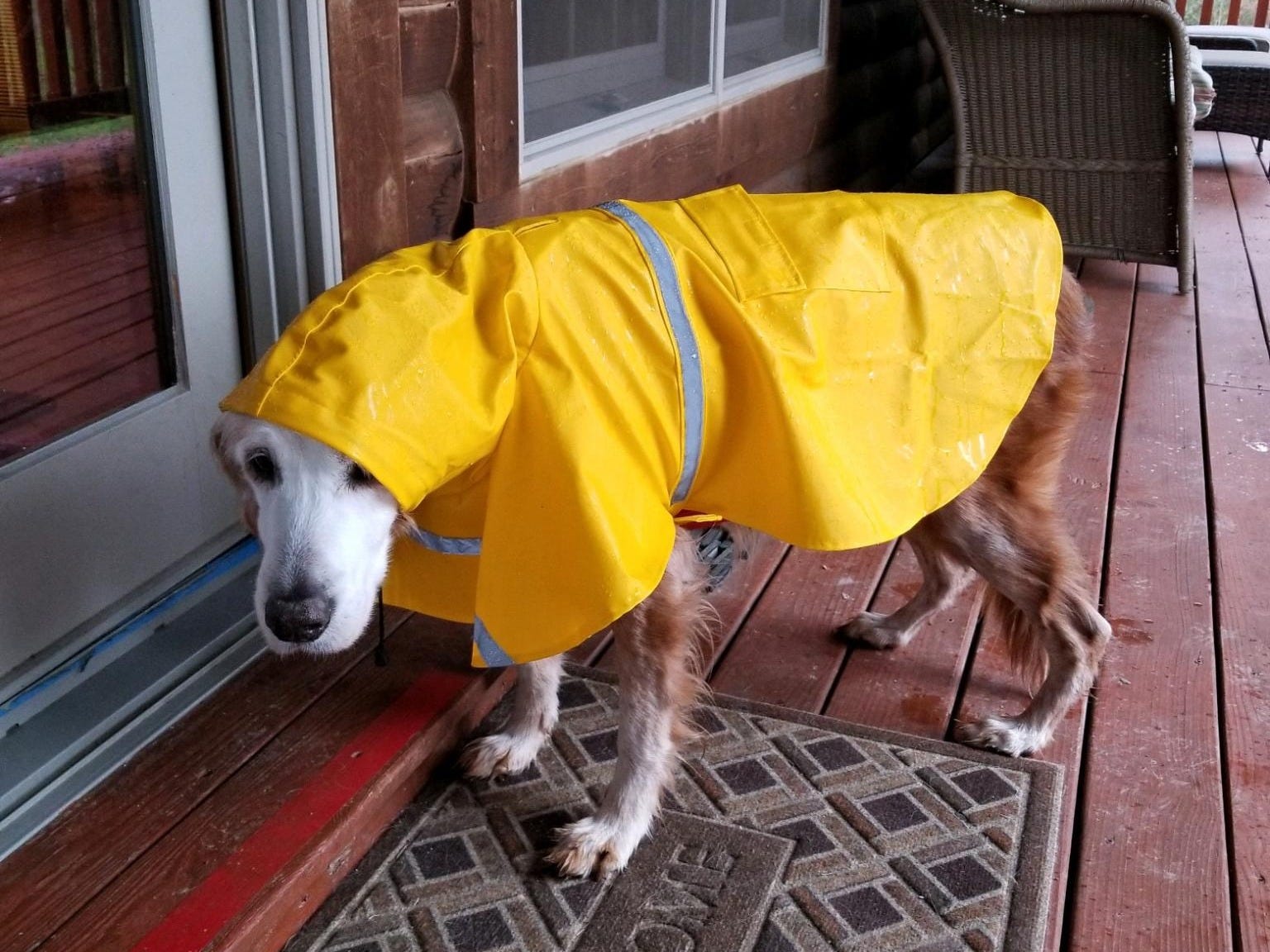 Steve and Jennifer HetterscheidtAugust in a raincoat.

“When we first got her in we got her bloodwork done and the tests showed that her kidneys were starting to have a little bit of failure – stage one out of four stages – and after a few years it went up to a stage two,” he said. “But we give her special food for her kidneys, and she hasn’t gone any higher than that two.”

“We have a total of four dogs and she is a part of the pack, and is right there with them,” he said. 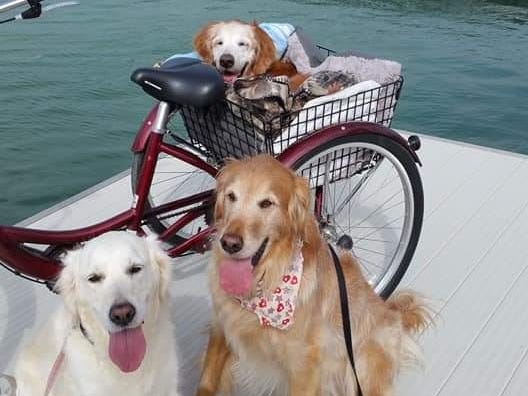 Steve and Jennifer HetterscheidtAugust in a bike basket.

“Of course being that old she has slowed down a lot. We have beds all around the house and we have a sofa and ottoman, and she’ll get up on the sofa and watch TV with us at night. She just likes to be a part of the group,” he said.

August is surprisingly active for a dog her age, as seen in the picture below. 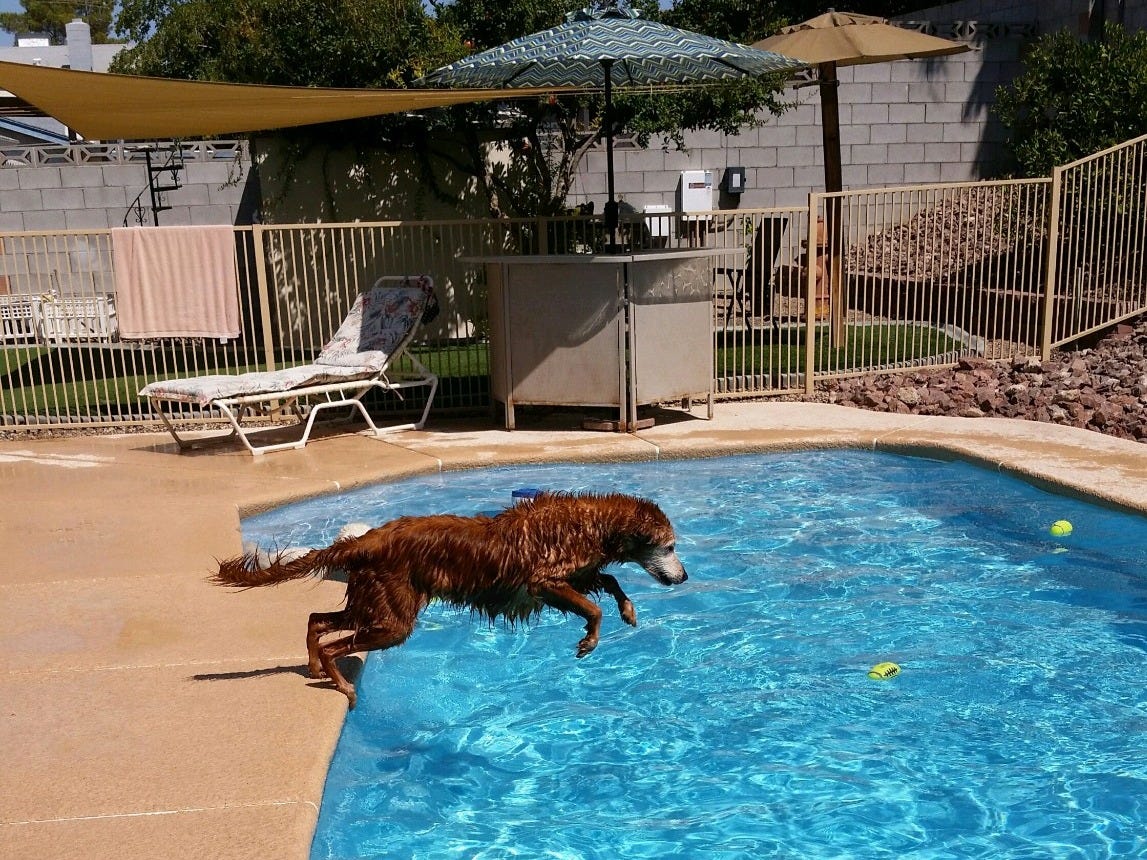 Steve and Jennifer HetterscheidtAugust jumping into a pool.

“Though you think she would sleep a lot, she just lays down and looks around, taking things in,” he said.

August is not only the world’s oldest golden retriever, but has even beat out one of the dogs on a list of the 20 oldest dogs in history, according to the Hetterscheidts. 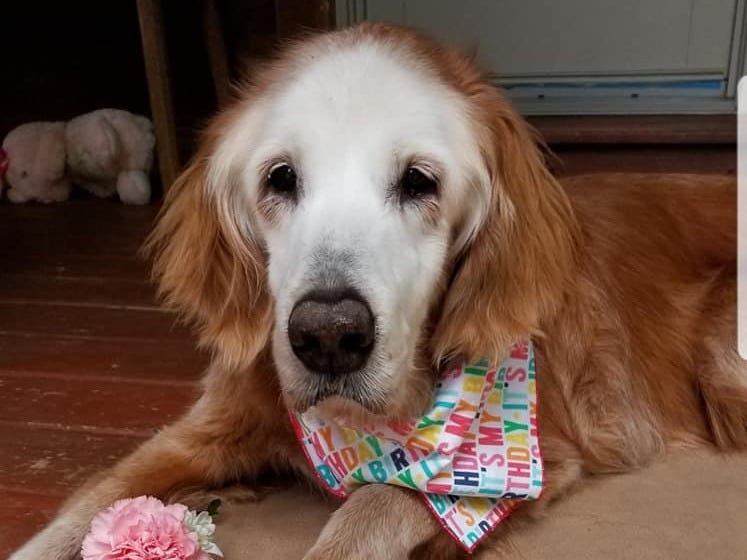 “She goes in to the number 19 spot now. Almost all the other dogs on the list were smaller dogs, so it’s very unusual for a larger dog to be that old, and there’s no other golden retrievers on that list,” he said.