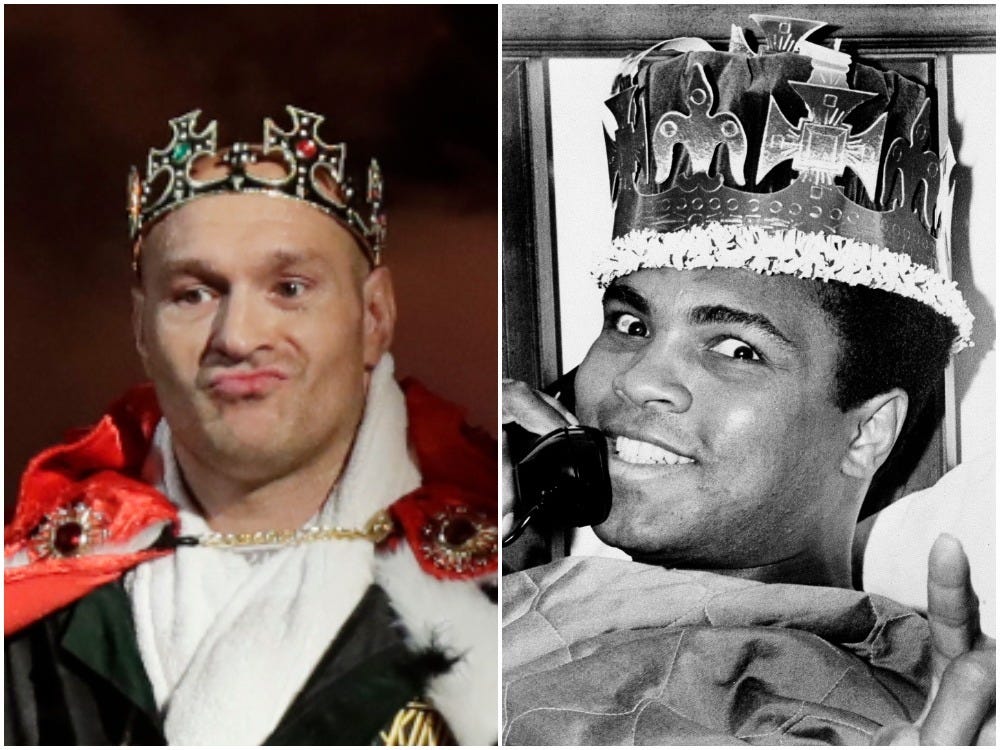 Some of the biggest names in boxing are comparing Tyson Fury to Muhammad Ali.

An unbeaten heavyweight champion, Fury has two of the most significant victories in the last decade on his resume.

He was the man who brought Wladimir Klitschko’s championship reign to an end in 2015 with a bamboozling for the ages, before following the riskiest strategy he could think of to defeat the planet’s hardest-hitting boxer, Deontay Wilder, by knockout earlier this year.

Ali, meanwhile, is boxing’s most famous name because of his gold medal at the 1960 Olympics, his status as a three-time lineal champion, and for his victories over the division’s biggest names of his era.

Fury’s promoter in the US, Bob Arum, has long compared his heavyweight to Ali, who he also represented.

“Tyson’s going to lead this sport into a new dimension, just the way Ali did in his time,” Arum said.

“They were athletes who could resonate with the public, communicate with the public and endear themselves to the public. He is just that kind of personality – larger than life, intelligent, articulate. He has [an] interesting backstory.

“He reminds me a lot of the early Ali,” Arum said. “I haven’t seen a boxer in the division as tall and big, who was that light on his feet in years.”

But it is not just Fury’s charisma which bears similarity to “The Greatest” as Roy Jones Jr. said recently that he has a boxing brain to match. One of the most supremely athletic, flashiest, and technically-brilliant boxers in the 1990s, Jones Jr. called Fury “one of the smartest guys in boxing today,” according to Boxing Scene.

“Muhammad Ali was the greatest of all time but he only used 65% boxing skill and 35% was his mind. So much of boxing is mental.

“I’m not saying Fury is as good as Ali skill-wise but he has a mind like Ali. With a mind like that, he can beat anybody.”