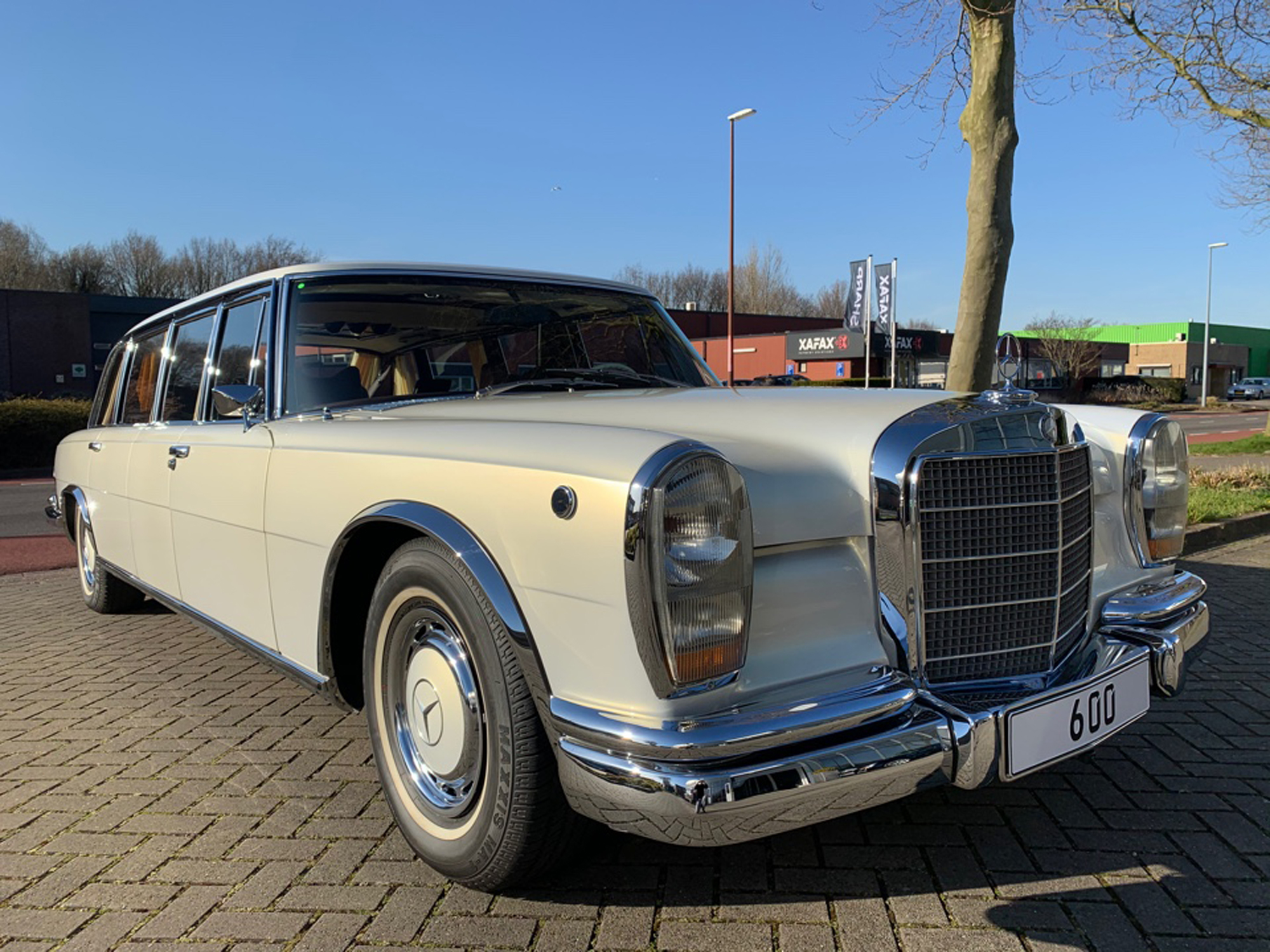 The rebuilding and renovation of the vehicle took seven years to complete, between 2007 and 2014. The process – which was overseen by Mercedes-BenzClassic and Daimler AG – was completed with a goal of maintaining its iconic exterior qualities.

Several parts for the car were ordered from Mercedes-Benz’s ultra-luxe Maybach brand specifically for the restoration project to ensure that the W100 could authentically retain its iconic look. But instead of ordering a new gearbox or modern engine, the team restored the 1975 car’s original gearbox and 6.3-litre V8 engine, which has only seen 1,000 miles since its conception 45 years ago.

The car is now being sold by Netherlands-based Auto Leitner for €2.15 million, around $US2.33 million, excluding VAT. Keep scrolling to see the fully restored 1975 Mercedes 600 Pullman Maybach W100:

Despite the strict adherence to maintaining the authentic look of the car, several modern touches were added, such as electrical adjustable seats, and a heater and air conditioning unit. 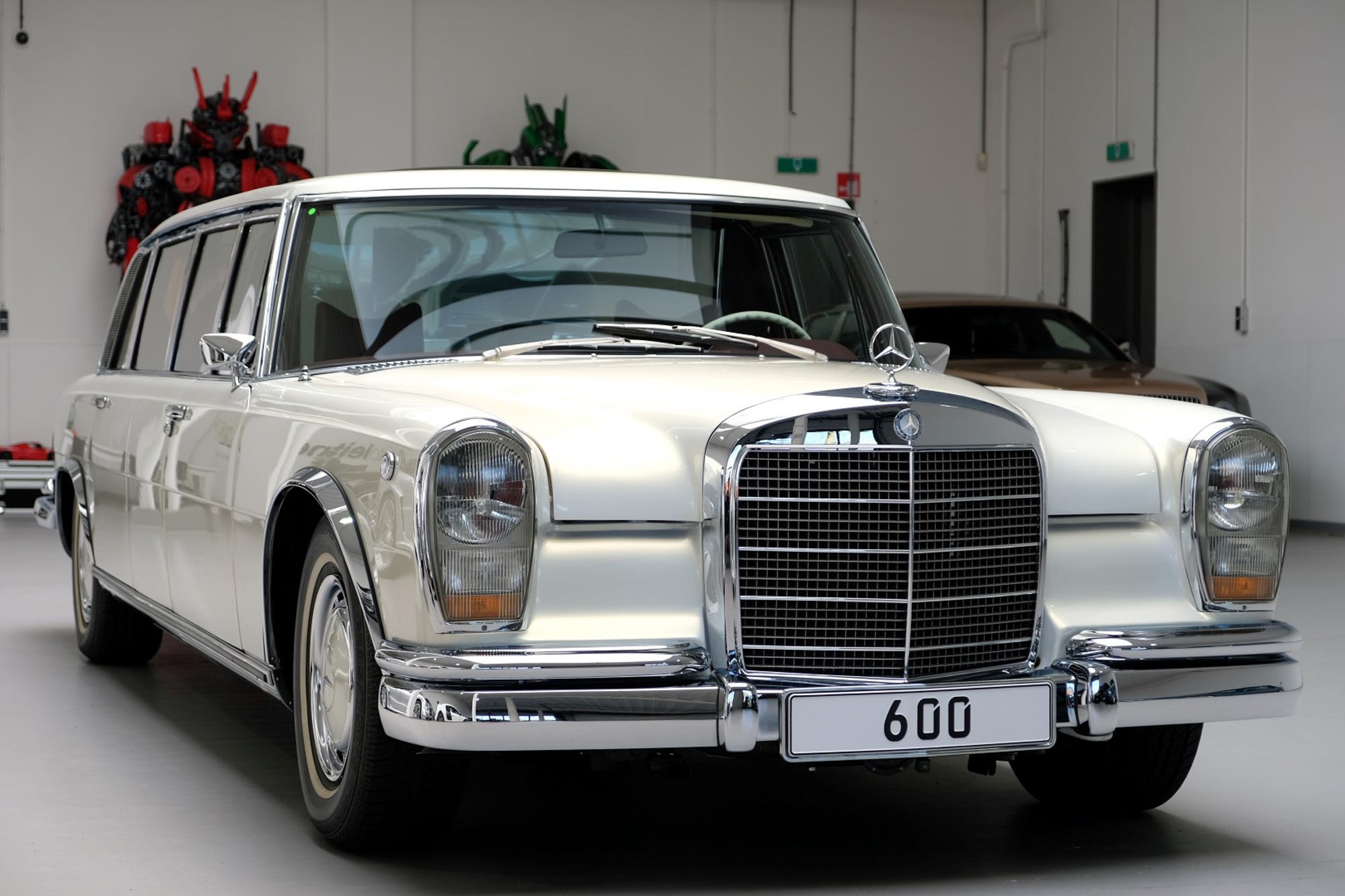 Like many modern cars, there are also front and rear cameras, reading lights … 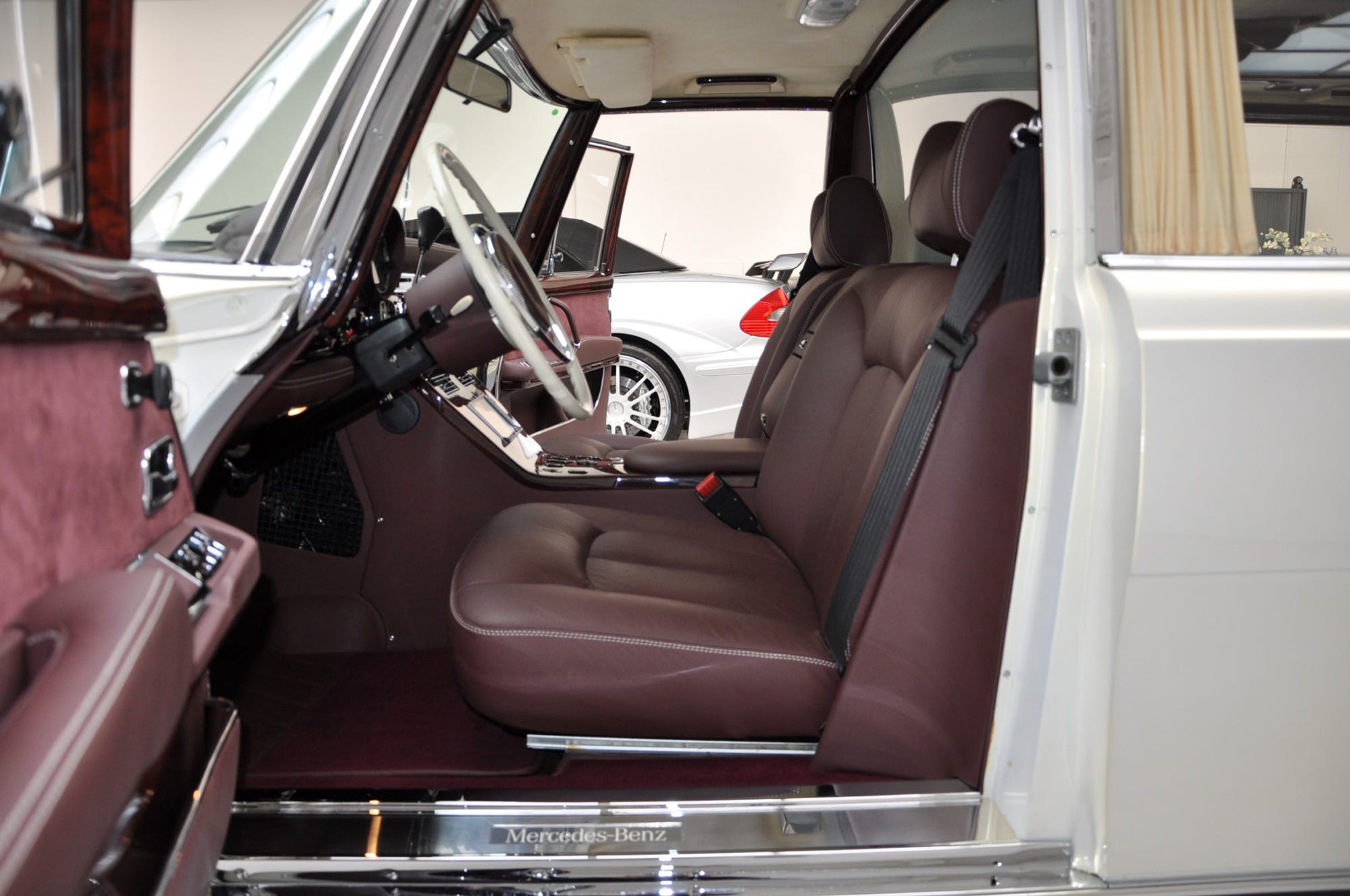 … and heated and cooled seats. 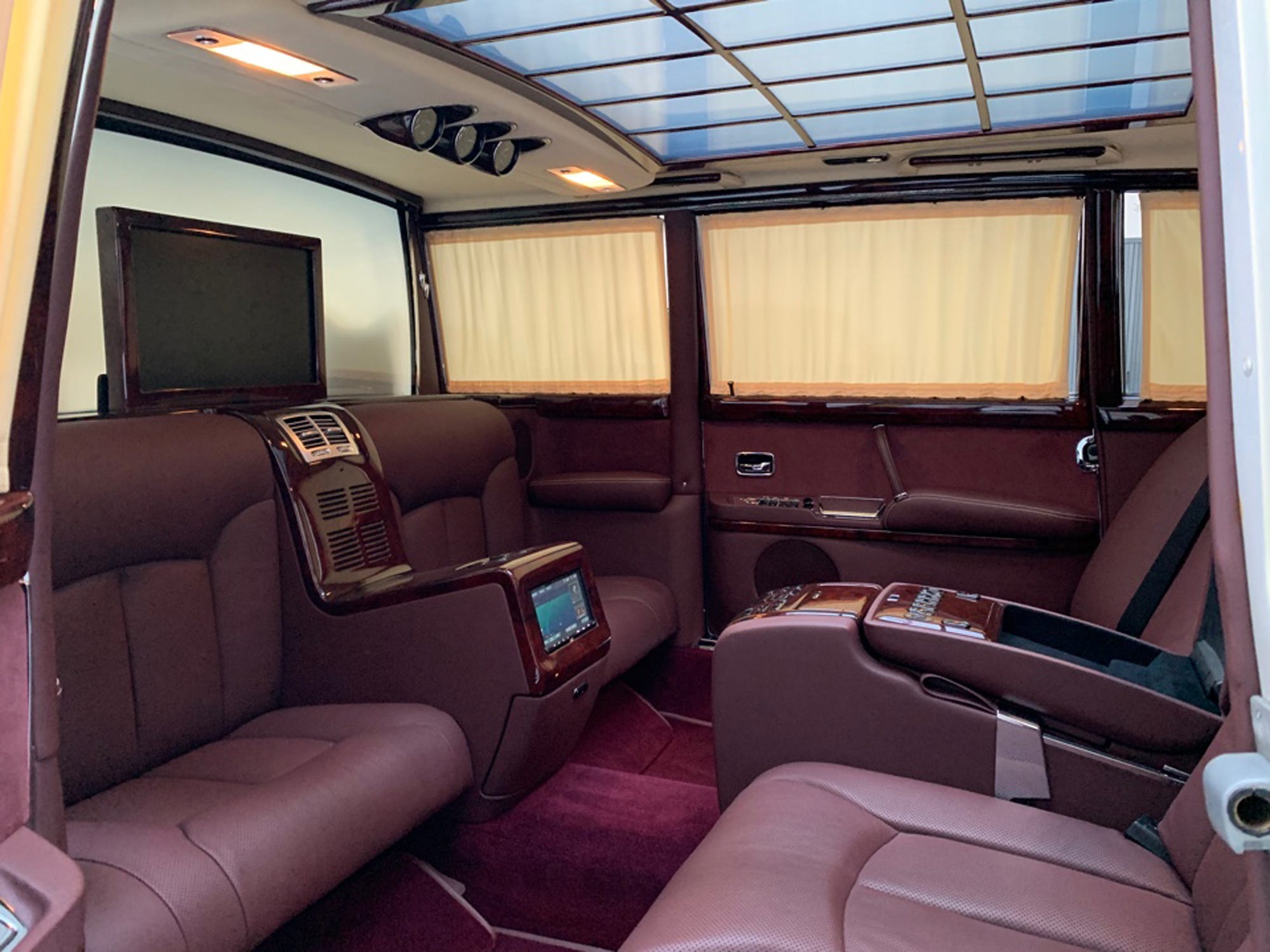 However, the upgrades don’t stop at the addition of now-standard amenities. 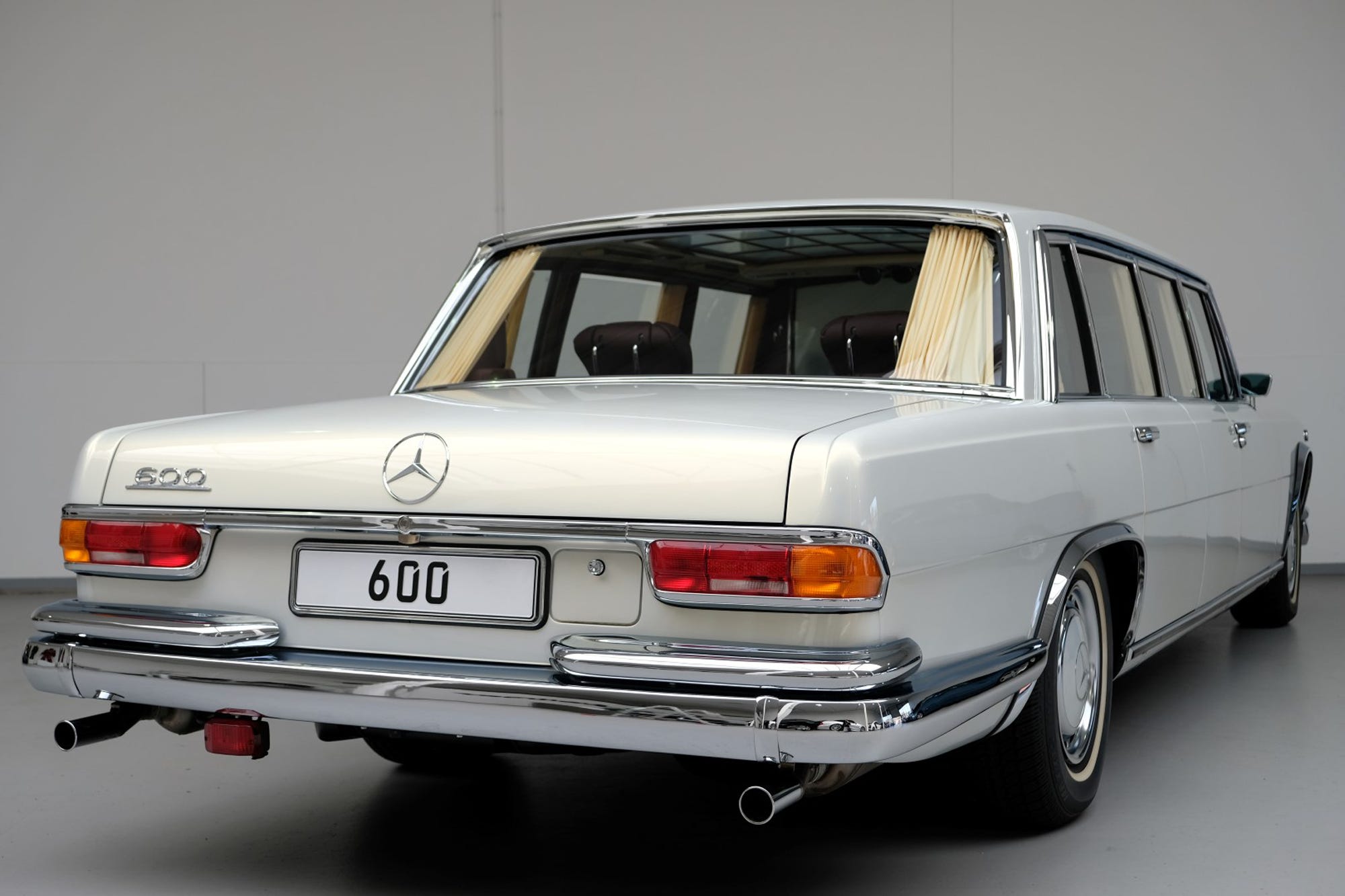 There are also several untraditional accessories, like a refrigerator with a minibar and glasses for passengers to enjoy a quick drink on the road. 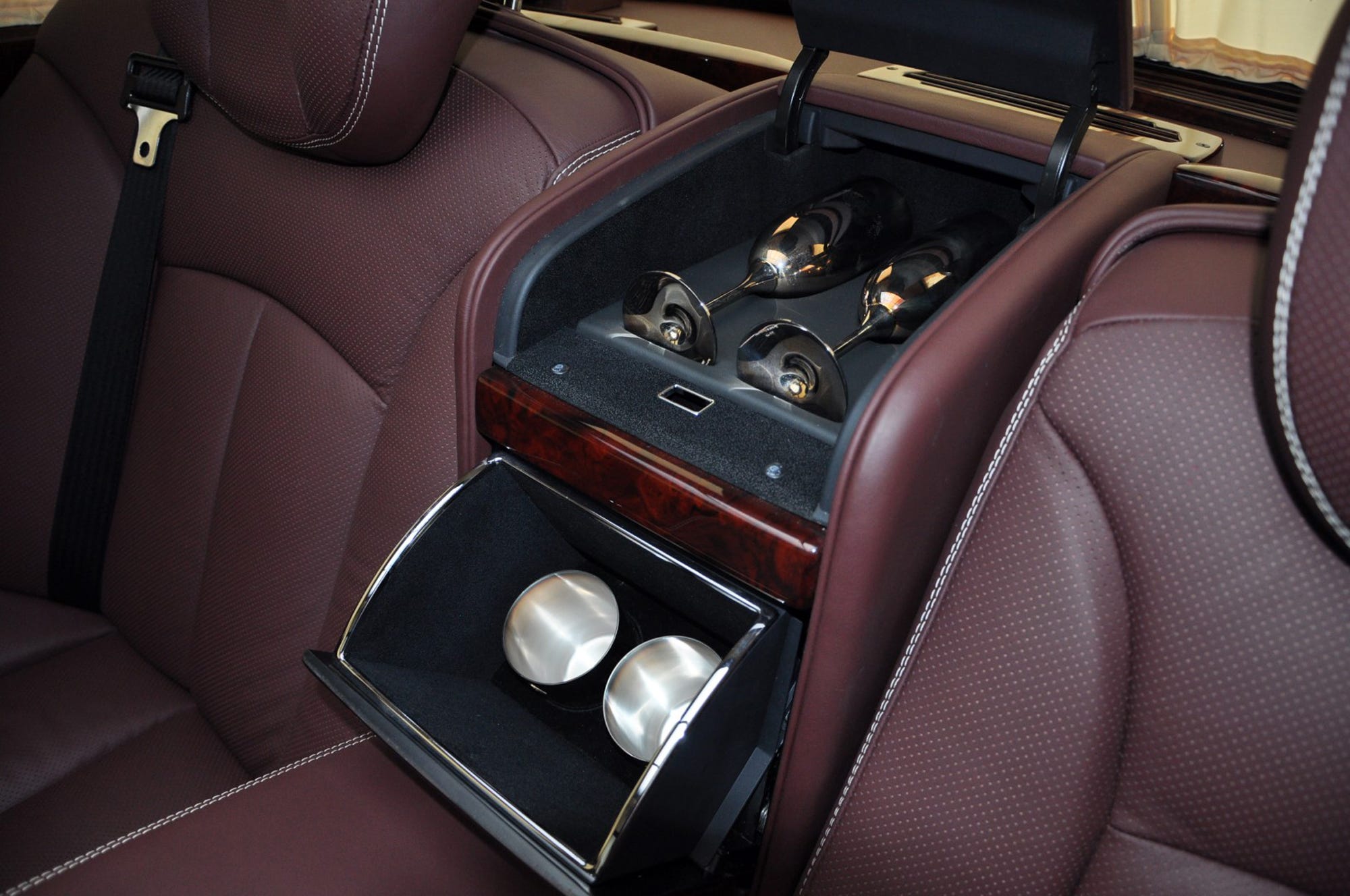 The 1975 car has also been upgraded with a TV screen and surround sound systems. 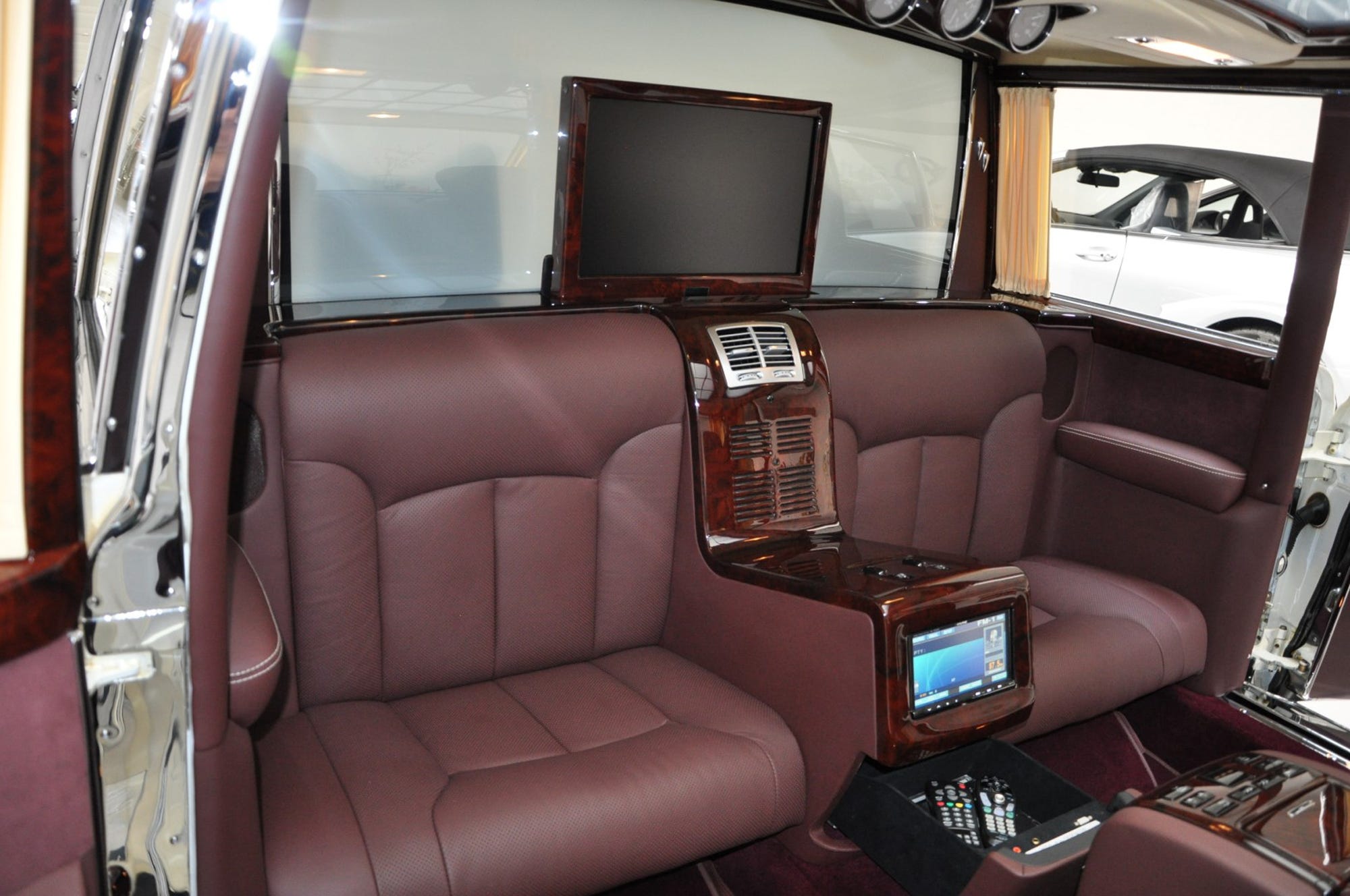 A glass wall partition separates the front driver’s row with the two passenger rows, one of which is rear-facing … 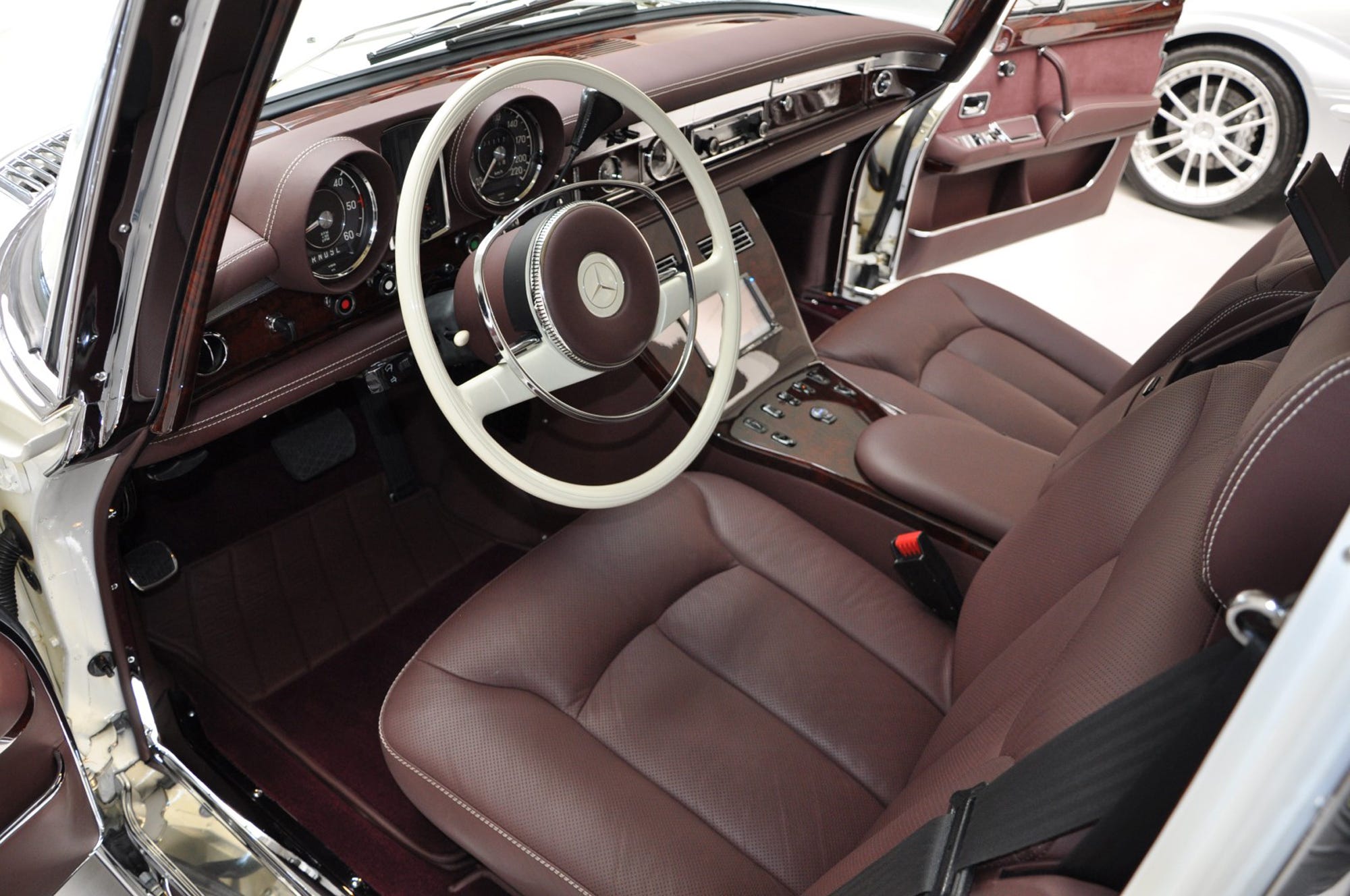 … and a fold-out table sits in between the rear-facing and front-racing passenger rows. 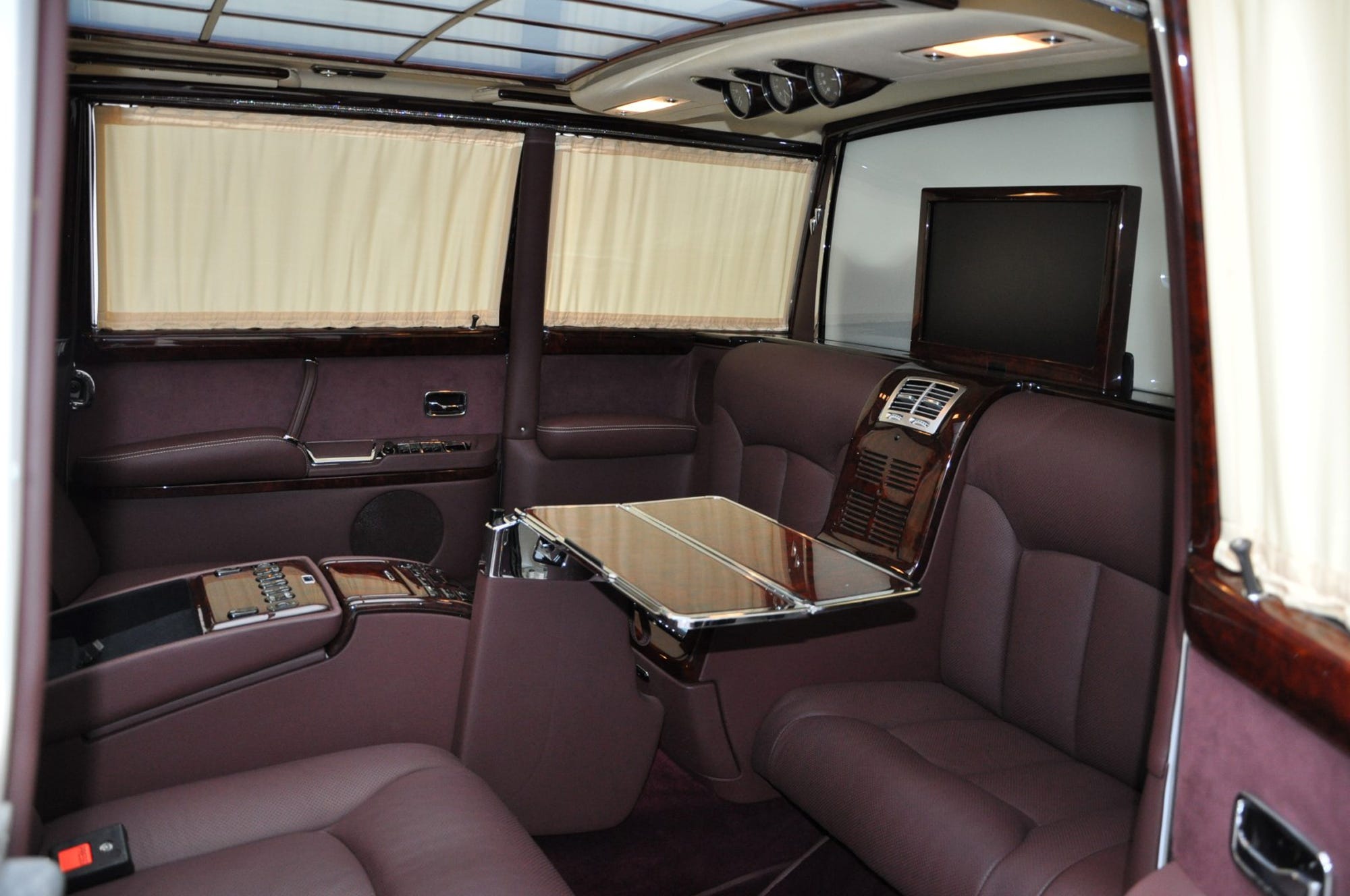 In true luxurious fashion, Swarovski diamonds were also encrusted into the ceiling of the car. 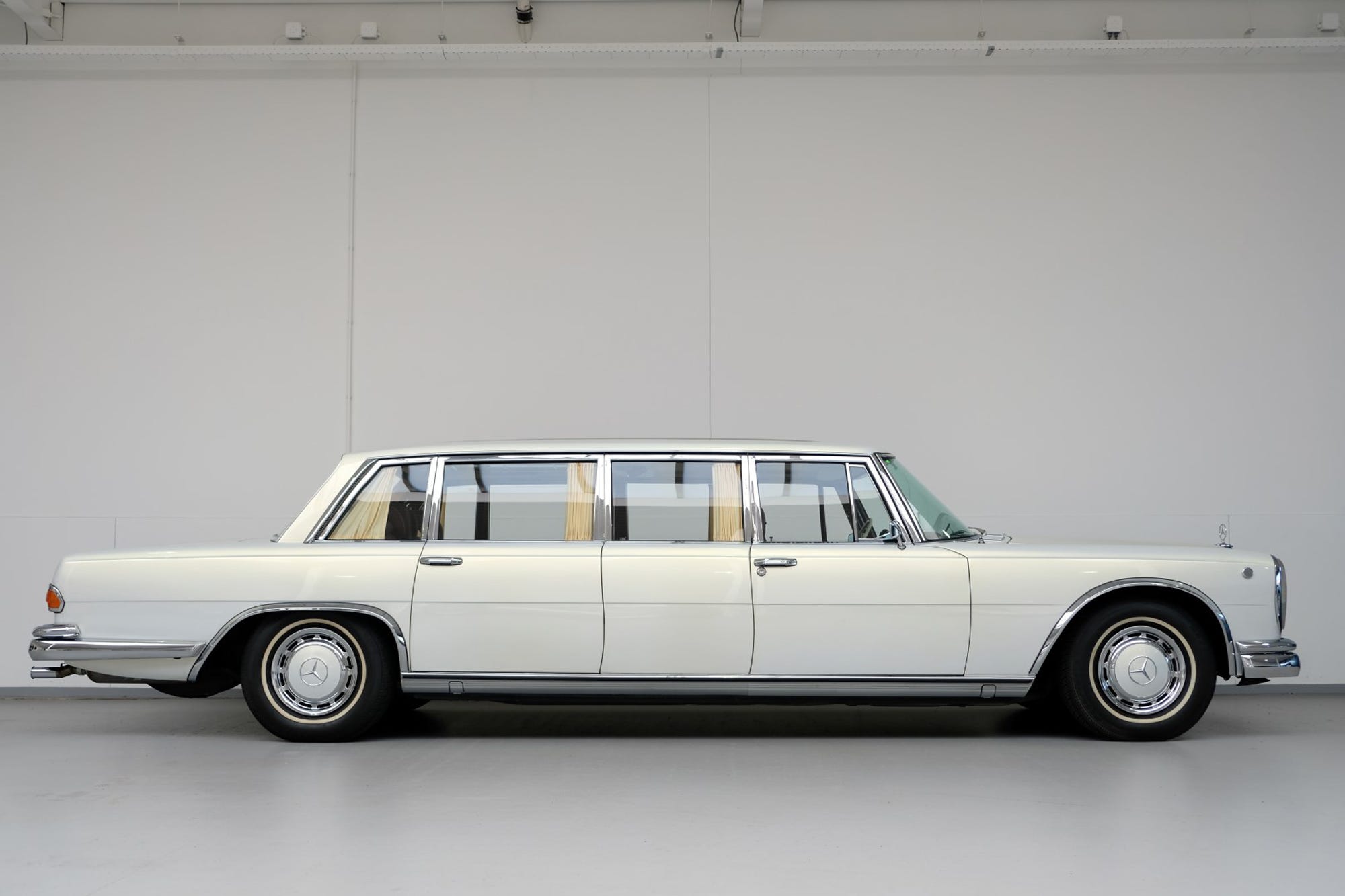 The flashy vehicle also has a dimmable glass panoramic roof. 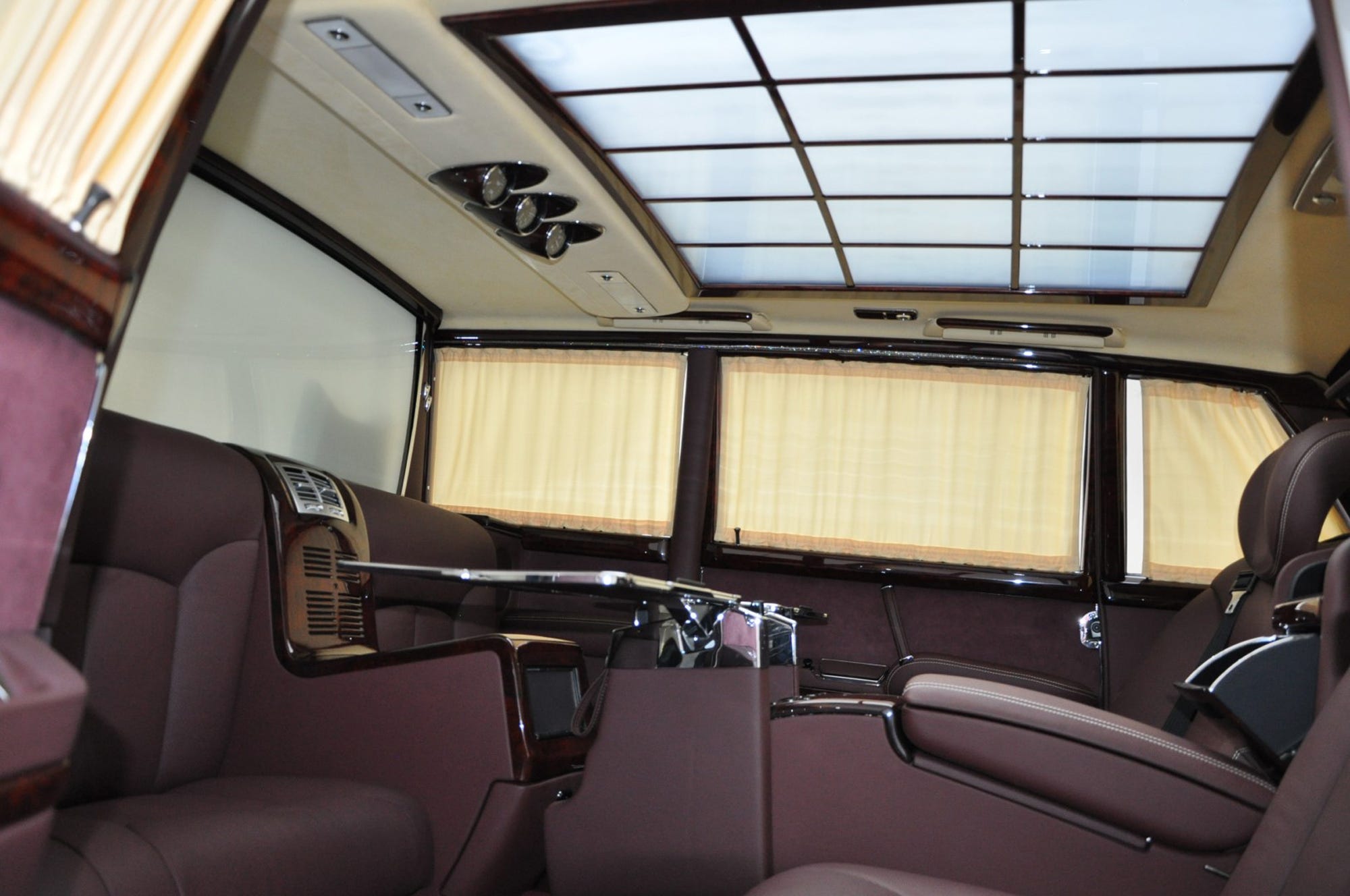 In total, the entire restoration and renovation process amounted to almost €3 million, around $US3.26 million. 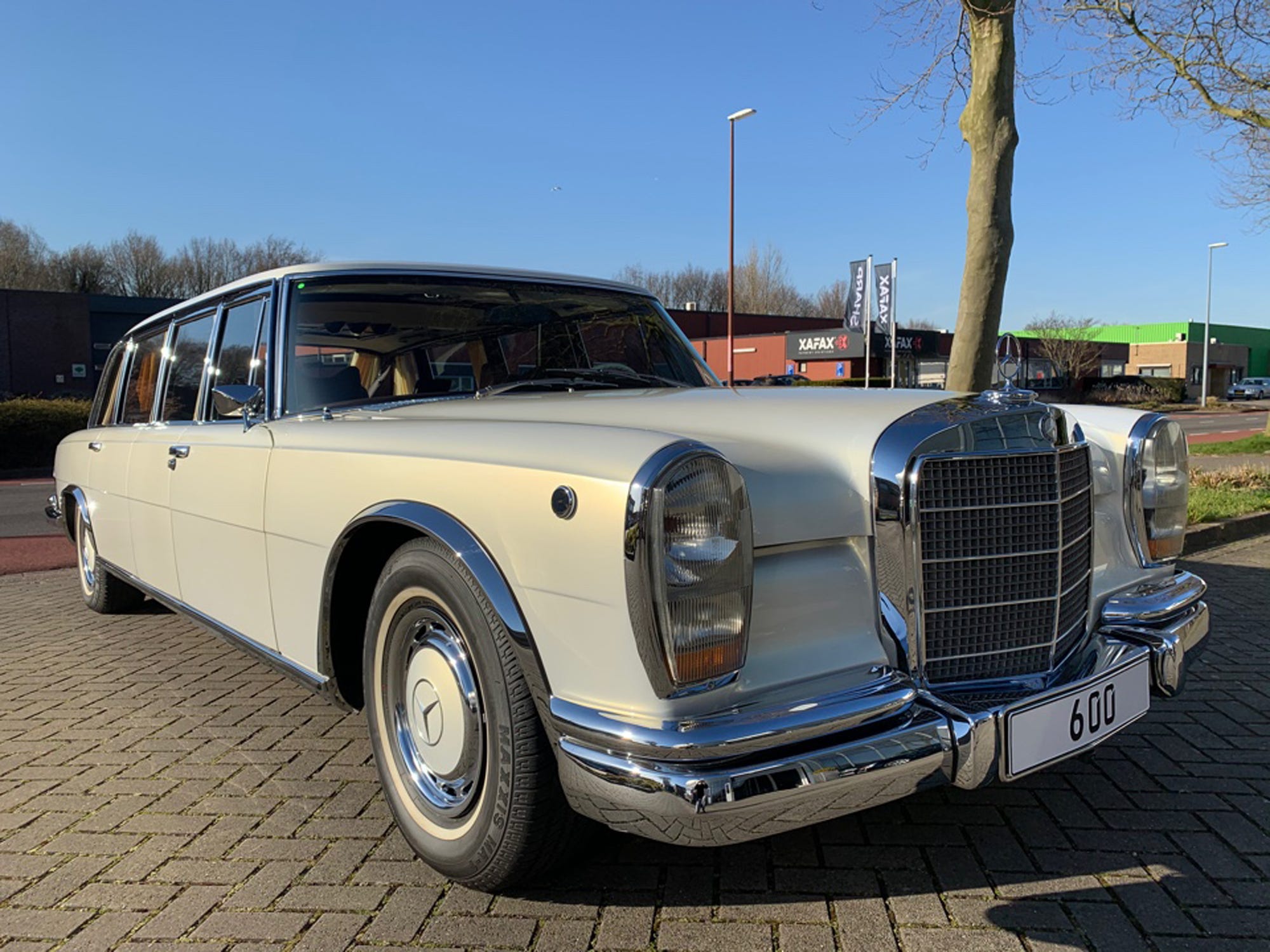 The purchase will come with maintenance and instruction manual books and five of its original keys. 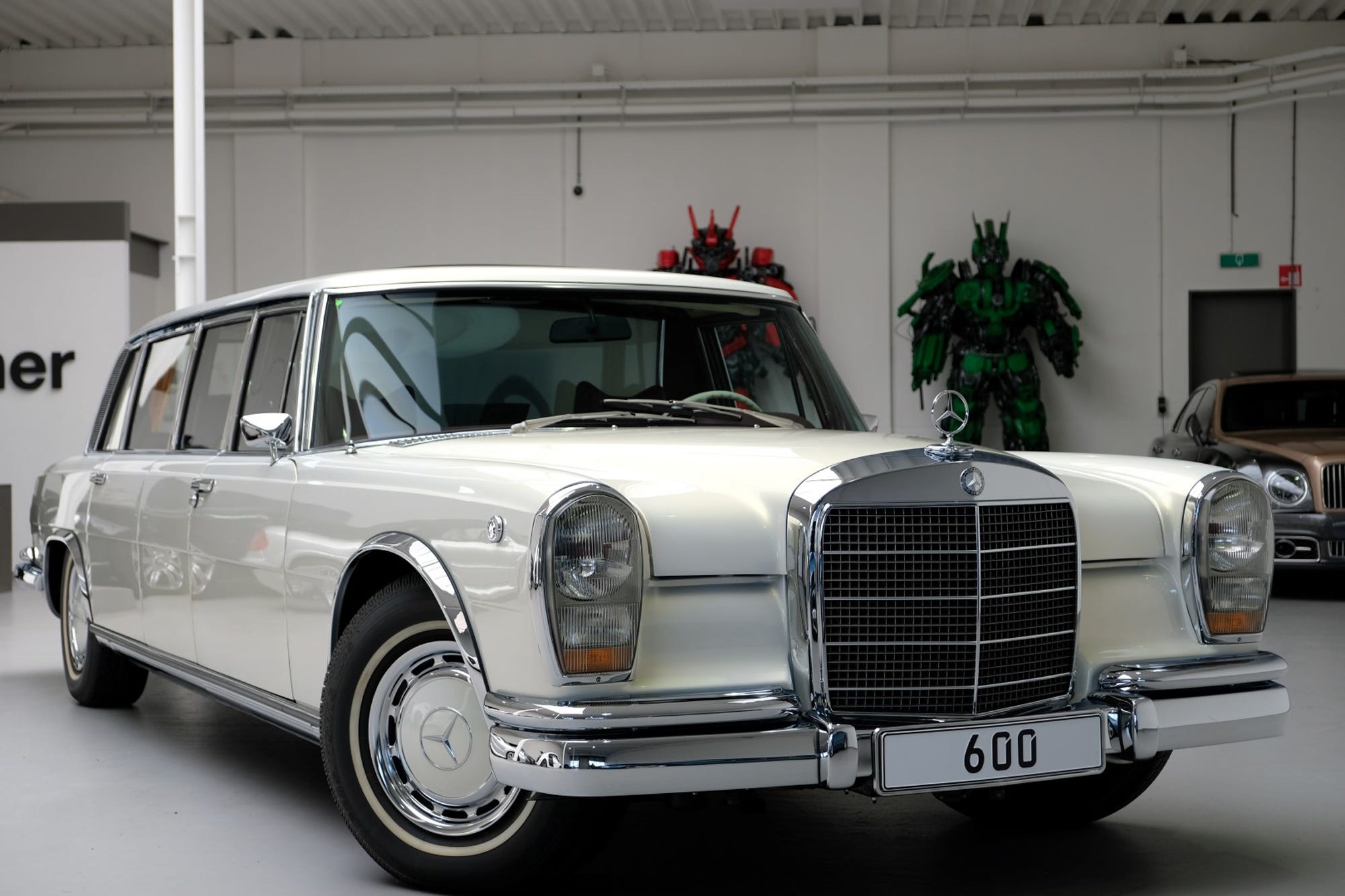