17 cell phone towers in New Zealand have been vandalised since the lockdown, coinciding with a boom in 5G conspiracy theories 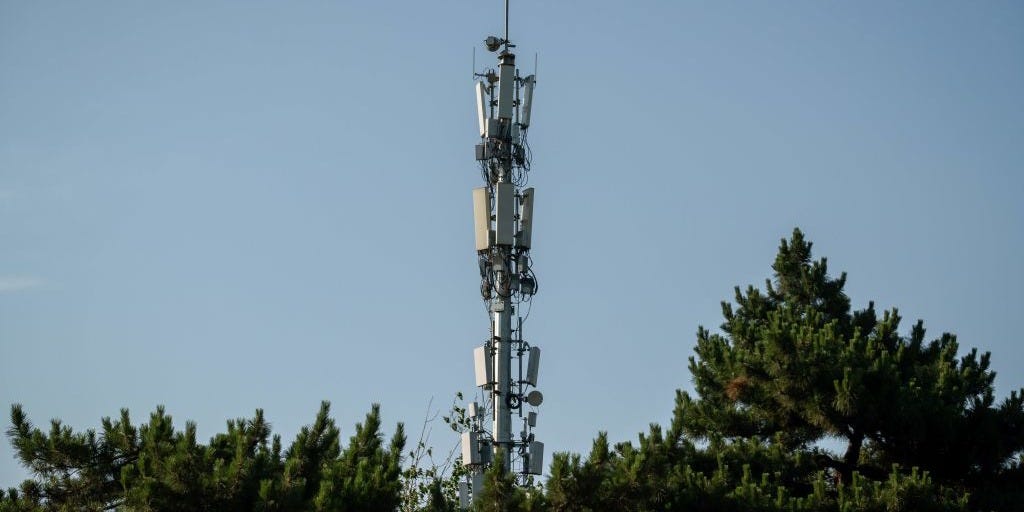 Photo by Nicolas Asfouri/AFP via Getty ImagesA mobile phone tower, used for a 5G network, iin Beijing in Beijing on May 19, 2020.

Cell phone towers across New Zealand are being set on fire and authorities believe the attacks are linked to the increasing proliferation of conspiracy theories connecting 5G networks to the coronavirus pandemic.

As of May 18, 17 cell towers had been attacked in Auckland, Wellington, and Northland, causing hundreds of thousands of dollars in damage. The fires were deemed suspicious but have not been definitively tied to conspiracists.

On Monday, New Zealand Police Commissioner Andrew Coster said anyone who set fire to a cell tower because of 5G conspiracy theories would be dealt with “very firmly,” according to RNZ.

5G is the newest and fastest cellular network, following 2G, 3G, and 4G. It was launched in December in New Zealand and is being installed in other countries, as well, including the Philippines and South Korea.

Conspiracy theories blame radiation from 5G towers for the spread of COVID-19 and cancer, according to RNZ.

New Zealanders were already wary of 5G: A survey released in December found 46% of people were worried the network could affect human health, according to Newsroom. But since the coronavirus has become a pandemic and New Zealand went into a strict lockdown, conspiracy theories have become more popular.

In a piece this week for The Spinoff, New Zealand documentarian David Farrier wrote that the arson attacks were not an original idea: The first fire was lit in New Zealand a week after a cell tower was set fire to in Birmingham, England. More than 70 cell towers have been set ablaze across the UK.

“Like the conspiracy theory itself, kiwis were simply mimicking behaviour they’d seen overseas,” he wrote. 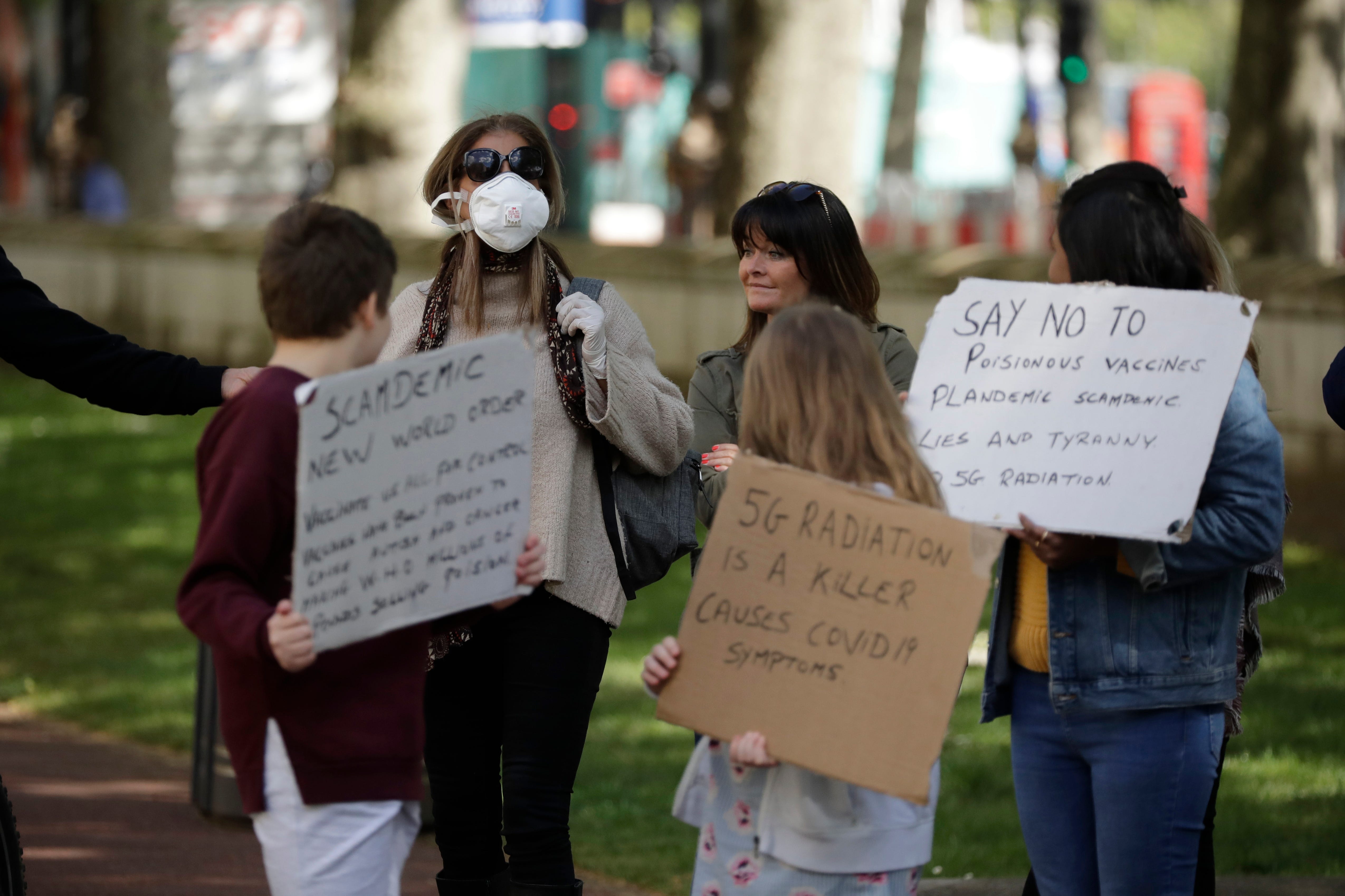 He told New Zealand news show The Project that memberships in these groups have swelled since the pandemic, Newshub reported. One of the larger groups has grown from 3,000 people before the crisis to 13,000 and climbing, Farrier added.

In a tweet on Monday, Farrier said he had filed police reports about death threats against Prime Minister Jacinda Ardern he had seen in some of the Facebook groups.

i filed reports today with the police & facebook over death threats to jacinda ardern on one of the anti-5g groups i'm in (13,000+ members).

with 15 arson attacks on cell towers so far, i wrote for @TheSpinoffTV about why this is happening in NZ: https://t.co/hjph3uOgnb

Ardern was asked about the 5G conspiracy at a daily coronavirus briefing in April. “I almost hesitate to even speak to it on this platform. It is just not true,” she said, the New Zealand Herald reported.

Ardern’s chief science advisor, Juliet Gerrard, has launched a website aimed at correcting misapprehensions around 5G. “There is no evidence whatsoever that coronavirus is in any way connected to 5G,” it reads.

But the fires – and the conspiracies -continue. “For them, this flat denial from the government just proved their theories correct,” Farrier wrote on The Spinoff. “This was a conspiracy that went right to the top. And in the groups, they continued to cheer the arsonists on.” 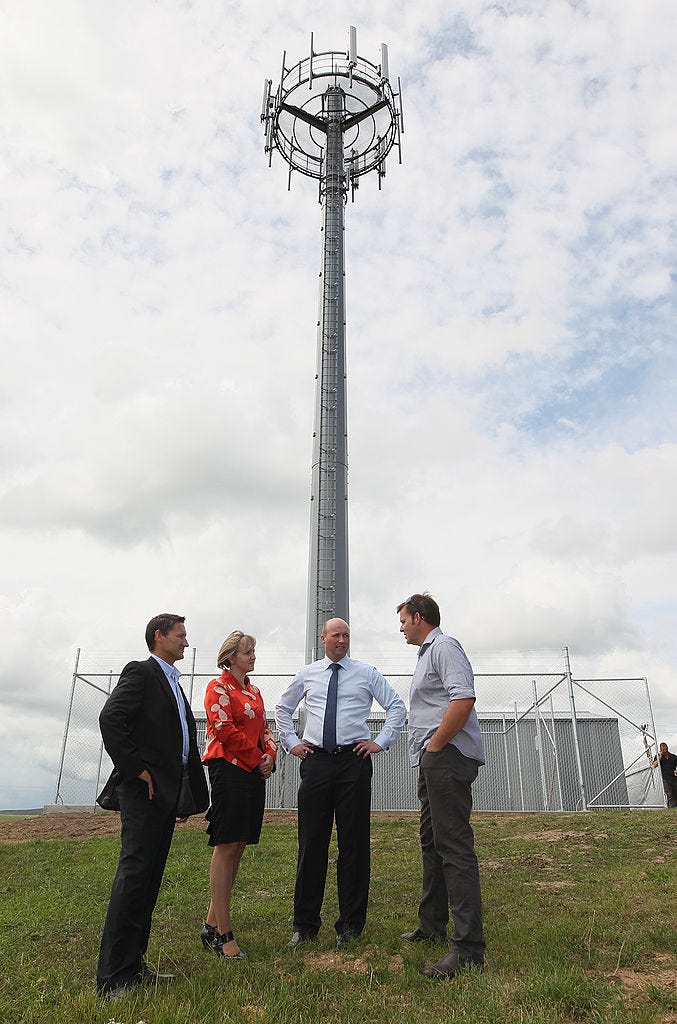 Sandra Mu/Getty ImageVodafone CEO Russell Stanners (left) with others in front of an ultra-fast broadband tower in Hamilton, New Zealand, on February 21, 2012.

This week, three of New Zealand’s largest phone providers released a joint statement after another fire.

Vodafone NZ infrastructure director Tony Baird said the “infuriating” attacks could have “real connectivity impacts for New Zealanders,” especially those in rural or remote areas. “While we’ve been able to keep customers connected so far, each attack has a cumulative negative impact,” Baird said.

Spark NZ’s technology director Mark Beder added the attacks could threaten access to emergency services and encouraged anyone who saw suspicious activity to contact authorities. There has been little correlation between countries who have upgraded to 5G and those worst hit by the coronavirus, Newsroom reported.

The more populous Philippines, which deployed 5G in July, has reported less than 12,000 cases and 837 deaths.

New Zealand has been praised for its response to the pandemic, resulting in just over 1,500 cases nationwide and 21 deaths.