18 quotes from Anthony Bourdain on love, travel, and omelets that show why he's so missed 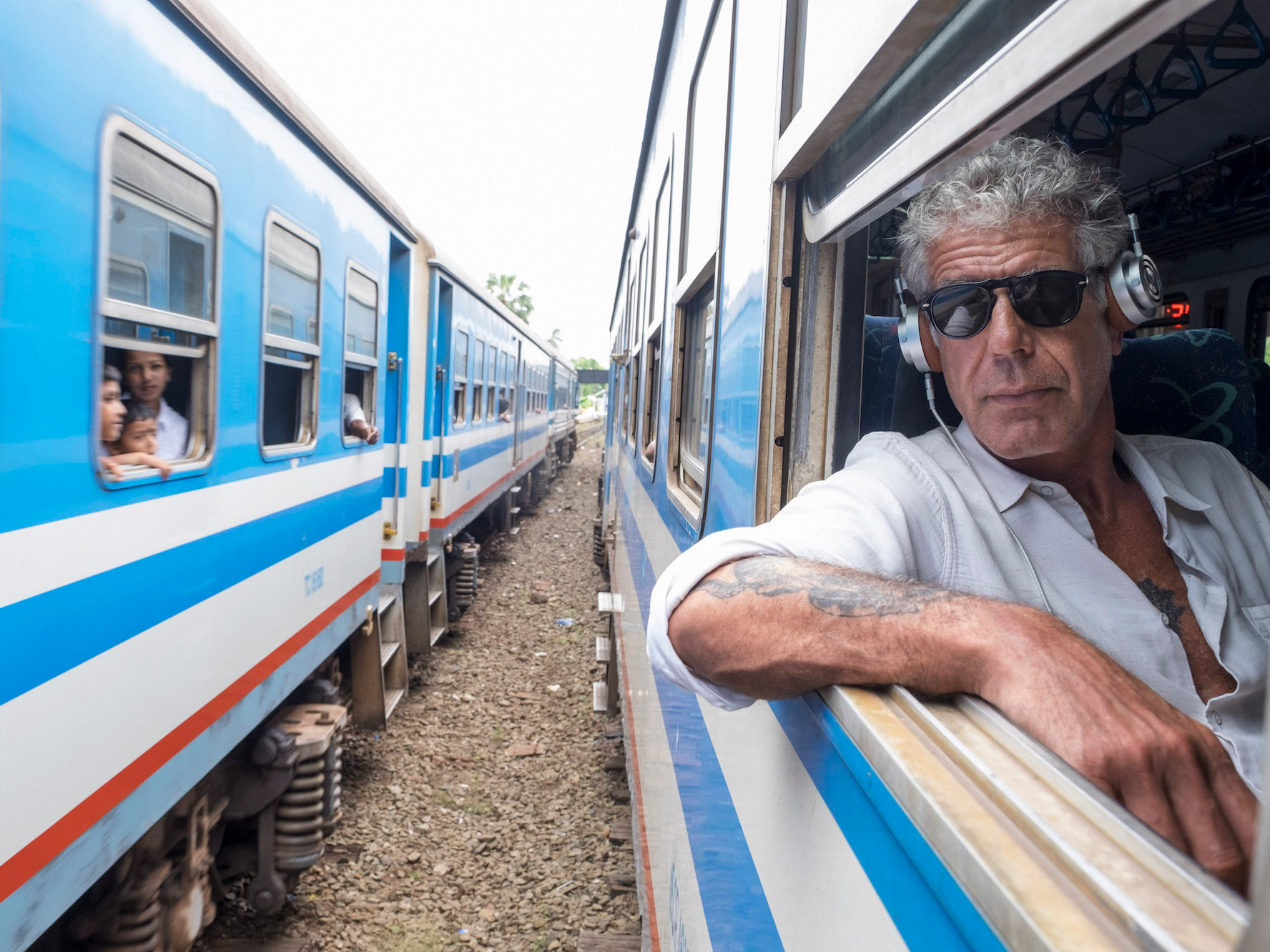 On June 8, chefs and fans alike are commemorating the life of TV host, writer, and chef Anthony Bourdain on the two-year anniversary of his death.

The event comes just over a year after Bourdain died by suicide at the age of 61 while filming his TV show, “Parts Unknown,” in France.

He was known for hosting the hit food travel show “No Reservations” on the Travel Channel, before moving on to “The Layover,” then “Parts Unknown” on CNN. The Renaissance man also wrote more than a dozen books on travel and food, such as “Kitchen Confidential” and “Medium Raw.”

In short, he accomplished a lot before he died, and his legions of fans are proof of it. To commemorate the chef, we took a look back at some of his wittiest and most inspiring words of wisdom, both on TV and in print. There were a lot to choose from.

Here are Bourdain’s most thought-provoking quotes, in no particular order.

Editor’s Note: Ivan De Luce contributed to an earlier version of this article.

“All my happiest moments seem to revolve around meat in tube form.” 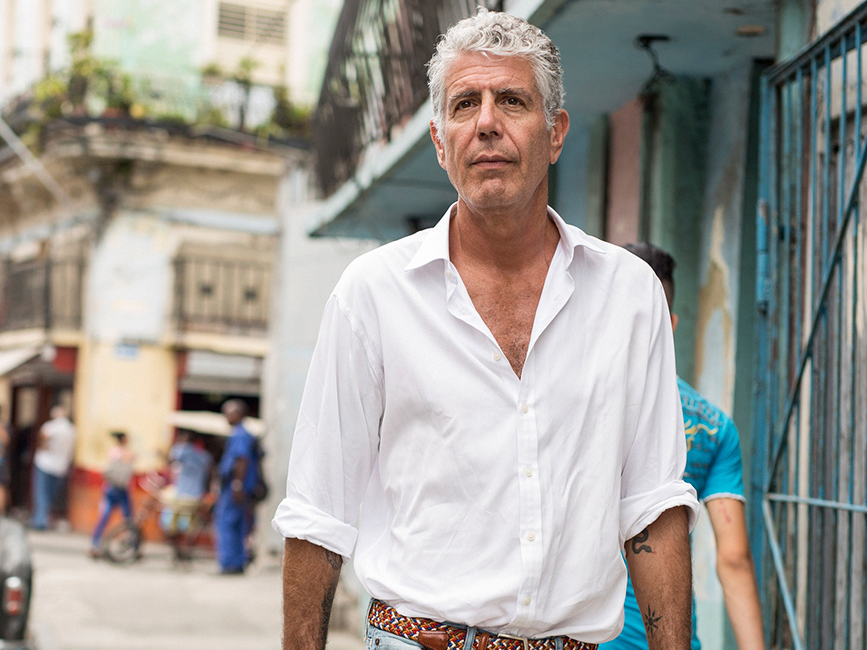 “Travel changes you. As you move through this life and this world you change things slightly, you leave marks behind, however small. And in return, life — and travel — leaves marks on you.” 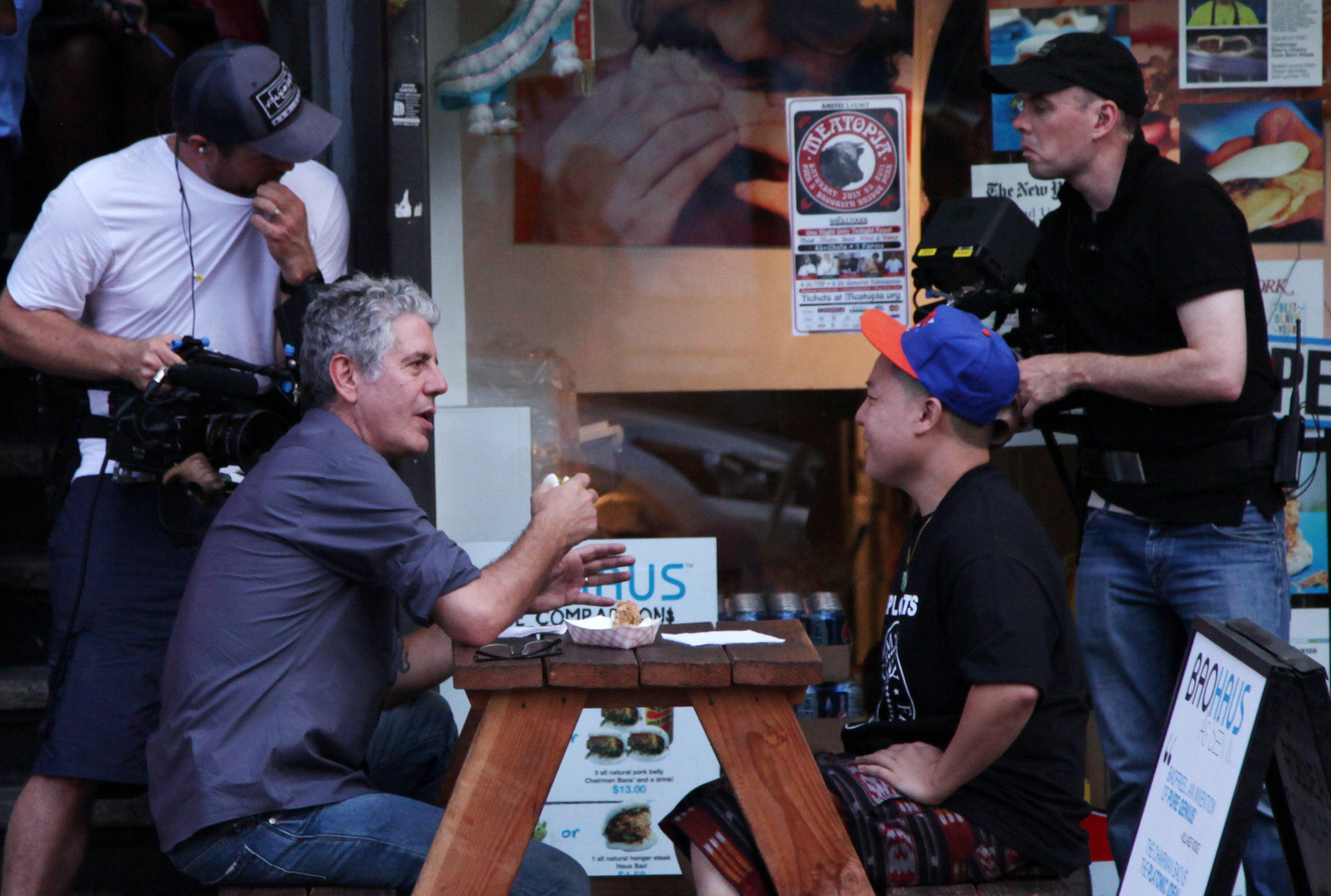 In his first book, “Kitchen Confidential,” Bourdain opened up about one of his favourite pastimes, exploring the world, revealing how it likely changed him as a person.

“People who order their meat well-done perform a valuable service for those of us in the business who are cost-conscious: they pay for the privilege of eating our garbage.” 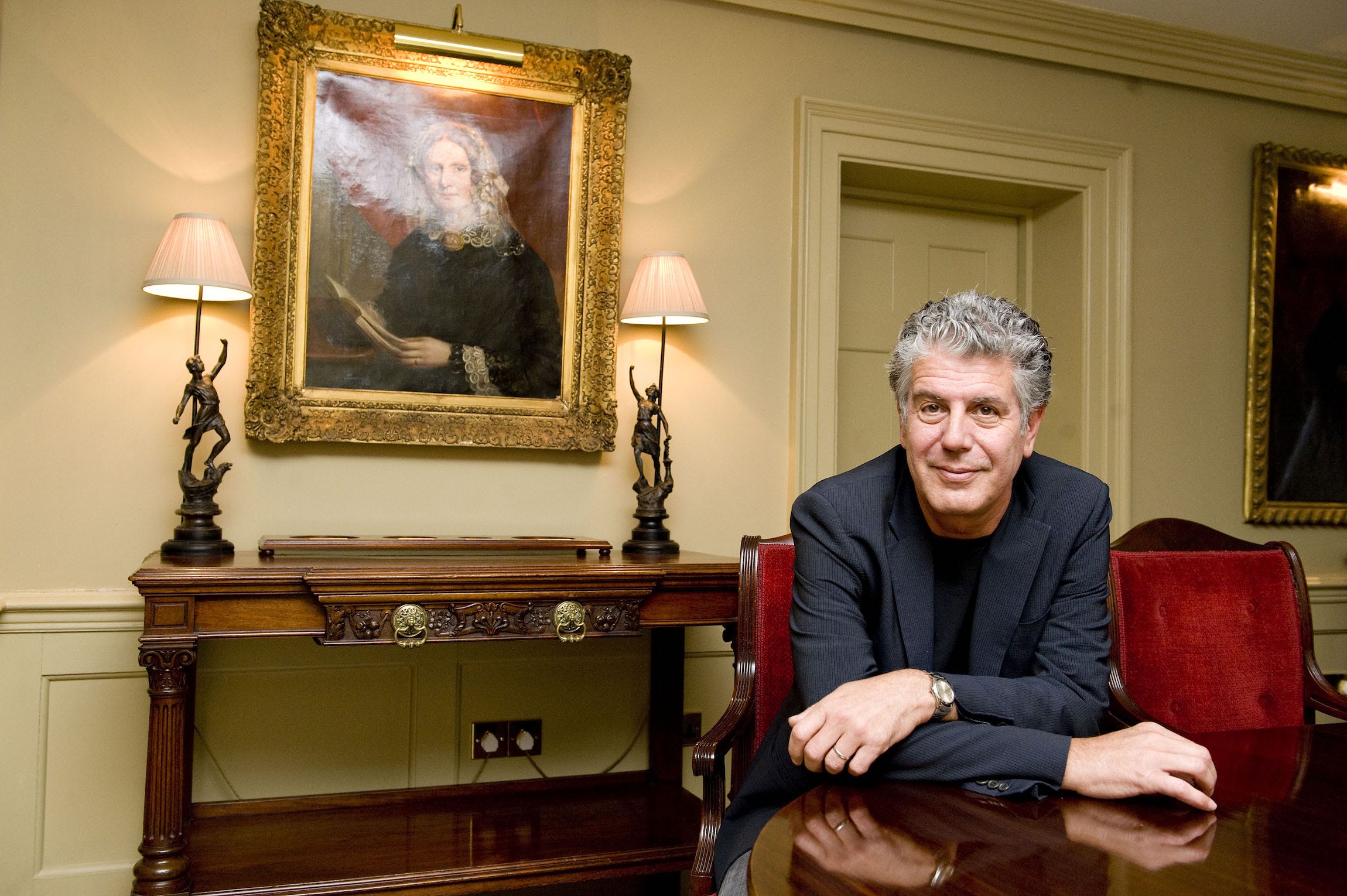 In his early days as a literary personality, Bourdain wrote an article on the truth about New York restaurants, which appeared in an April 1999 issue of The New Yorker.

One of his secrets was that the culinary connoisseurs who prefer their steak well-done get a cut destined for the back-alley dumpster. Chefs have the choice of giving the least appetizing steaks to their floor staff, throwing them out, or giving them to taste-blind customers. If the chef is feeling generous, he tells his staff, “save for well-done.”

“You can dress brunch up with all the focaccia, smoked salmon, and caviar in the world, but it’s still breakfast.” 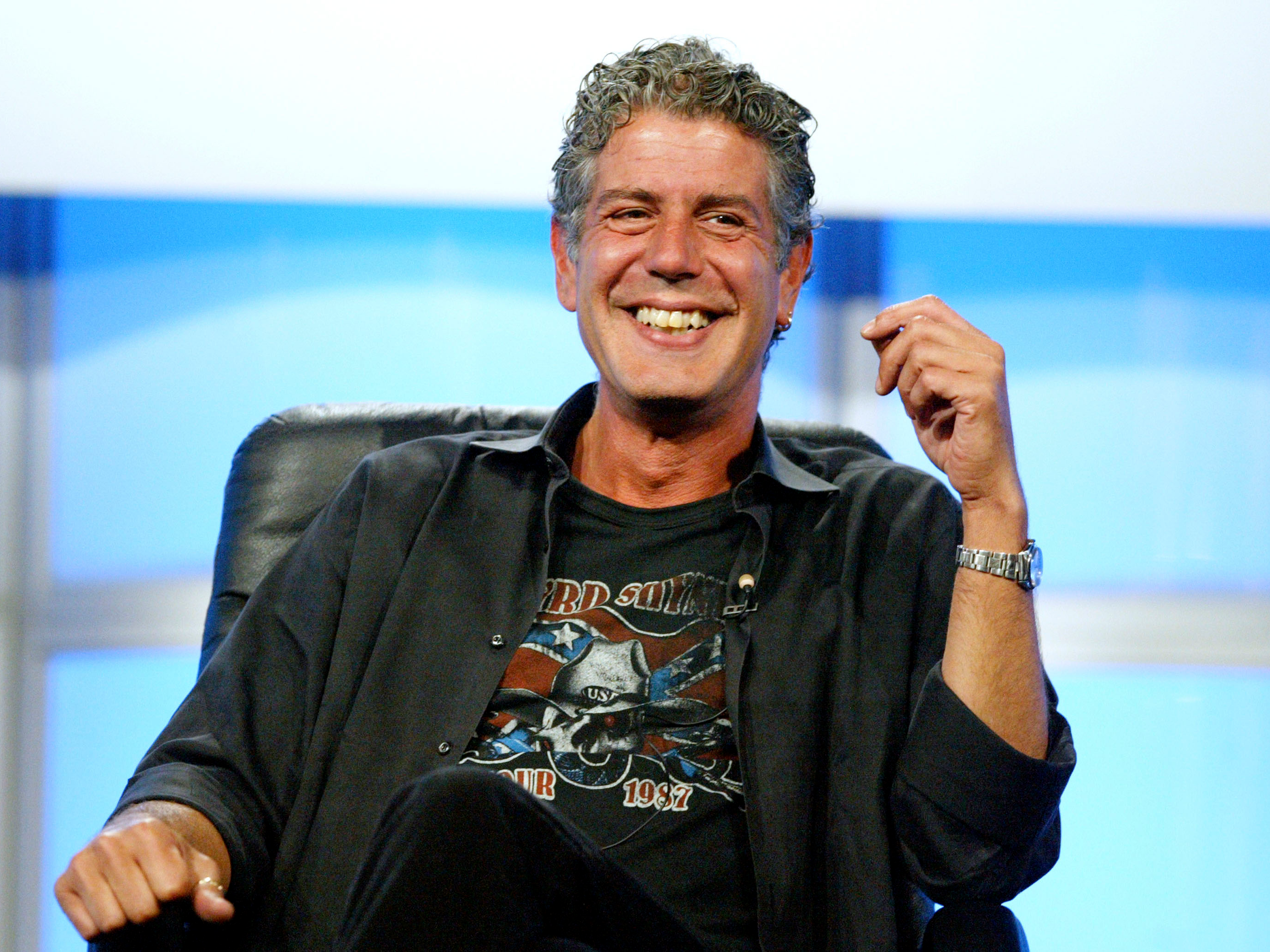 In the same article, which is filled with one-liners, Bourdain takes down the Brunch crowd. Back in 1999, Brunch wasn’t nearly as popular as it is two decades on, but Bourdain could already smell the hollandaise – a sauce he called an overpriced “cliché.”

“Even more despised than the Brunch People are the vegetarians. Serious cooks regard these members of the dining public—and their Hezbollah-like splinter faction, the vegans—as enemies of everything that’s good and decent in the human spirit. To live life without veal or chicken stock, fish cheeks, sausages, cheese, or organ meats is treasonous.” 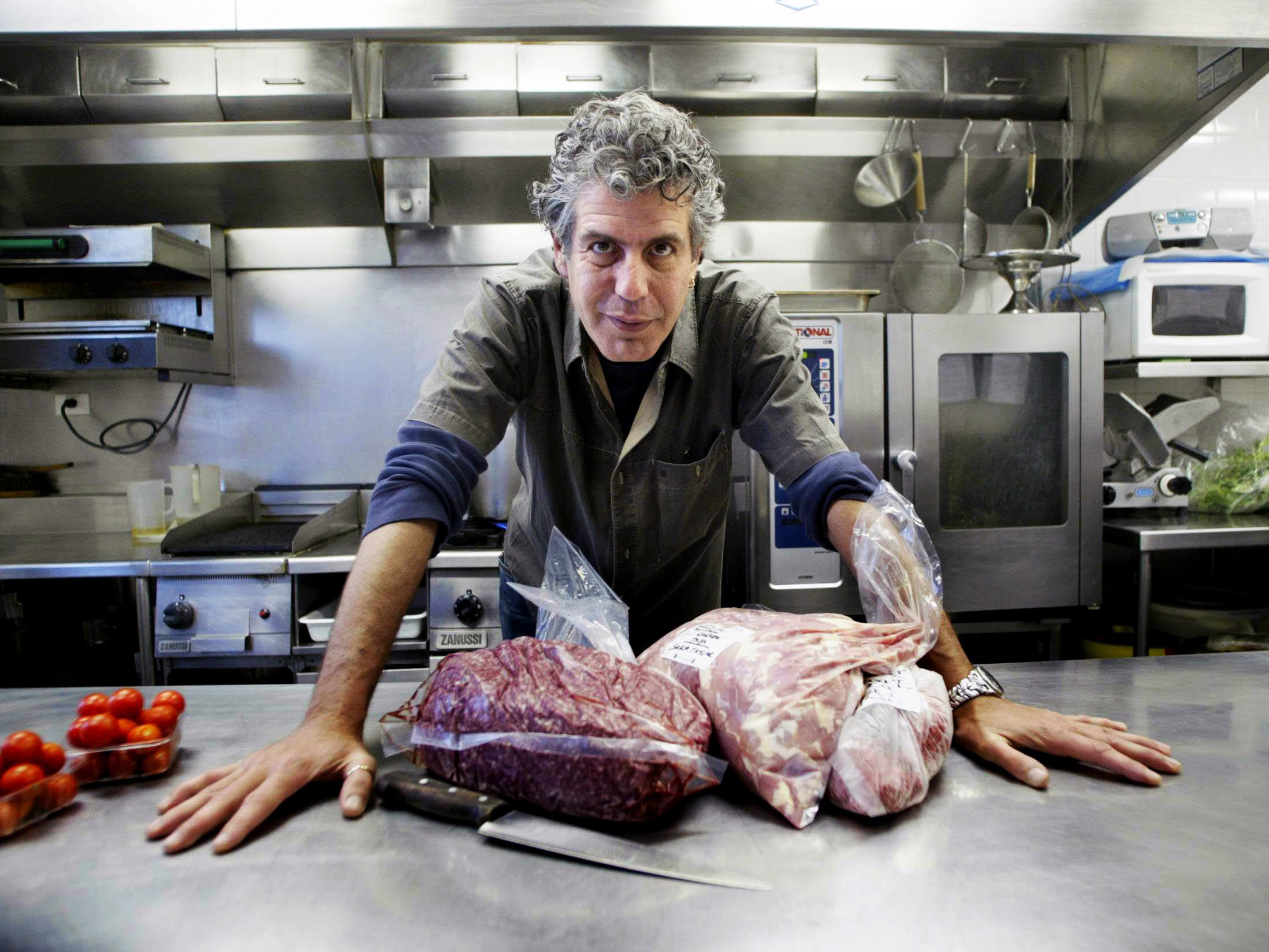 Bourdain doesn’t mince words when it comes to vegetarians. His philosophy was all about eating anything and everything, as long as it was good. As he notes in the article’s intro, “Good food, good eating, is all about blood and organs, cruelty and decay.”

“It’s punishing. The sort of frenzied compression of time needed to take the tour, to see the sights, keeps you in a bubble that prevents you from having magic happen to you. Nothing unexpected or wonderful is likely to happen if you have an itinerary in Paris filled with the Louvre and the Eiffel Tower.” 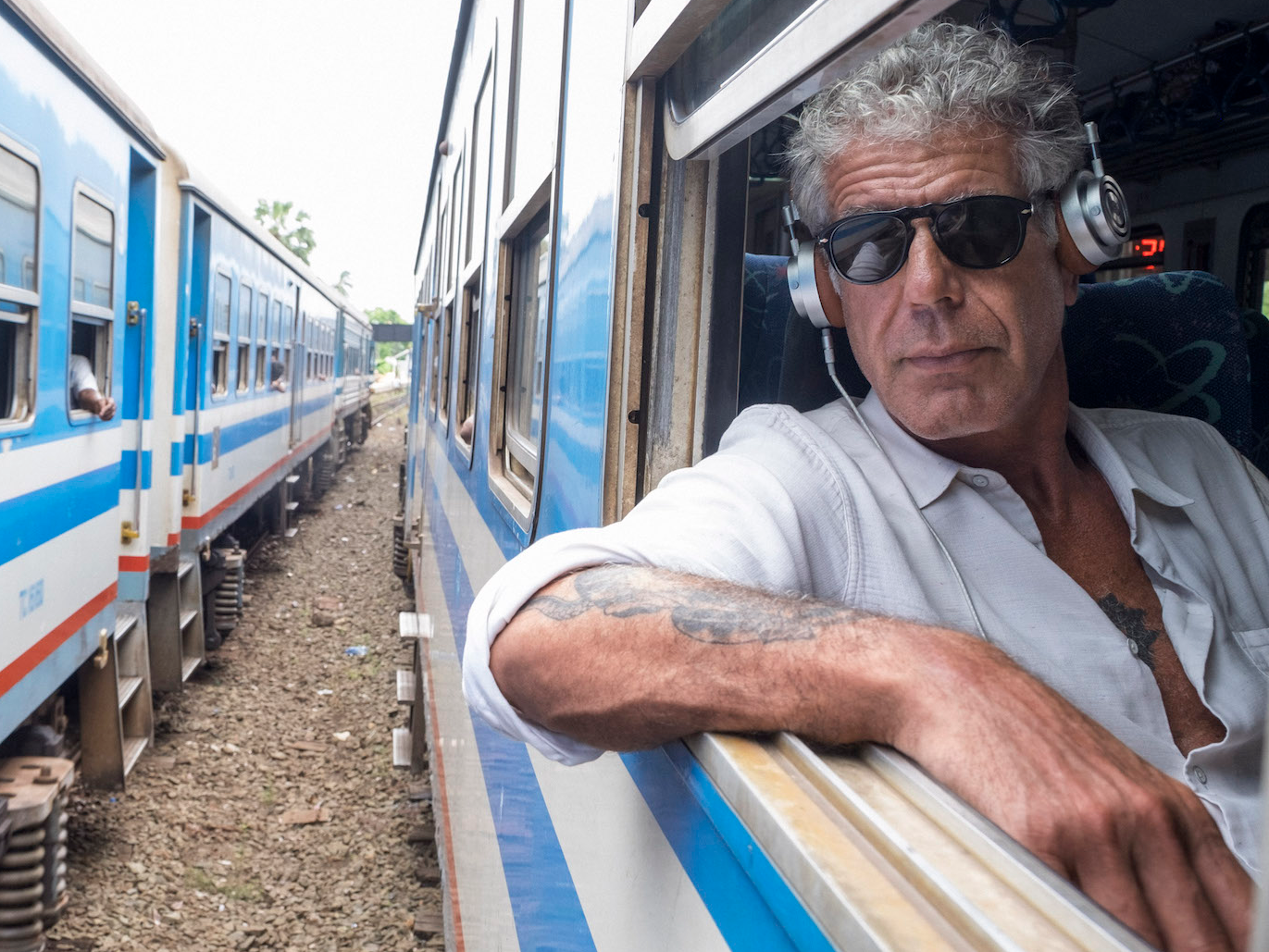 Bourdain was not a fan of speed-tourism, of trying to cram in as many sights and cities as a one-week vacation would allow. In an interview with Money, Bourdain said he liked to take his sight-seeing slowly, one city at a time.

“It’s those little human moments that are the ones that stick with you forever, the random acts of kindness.” 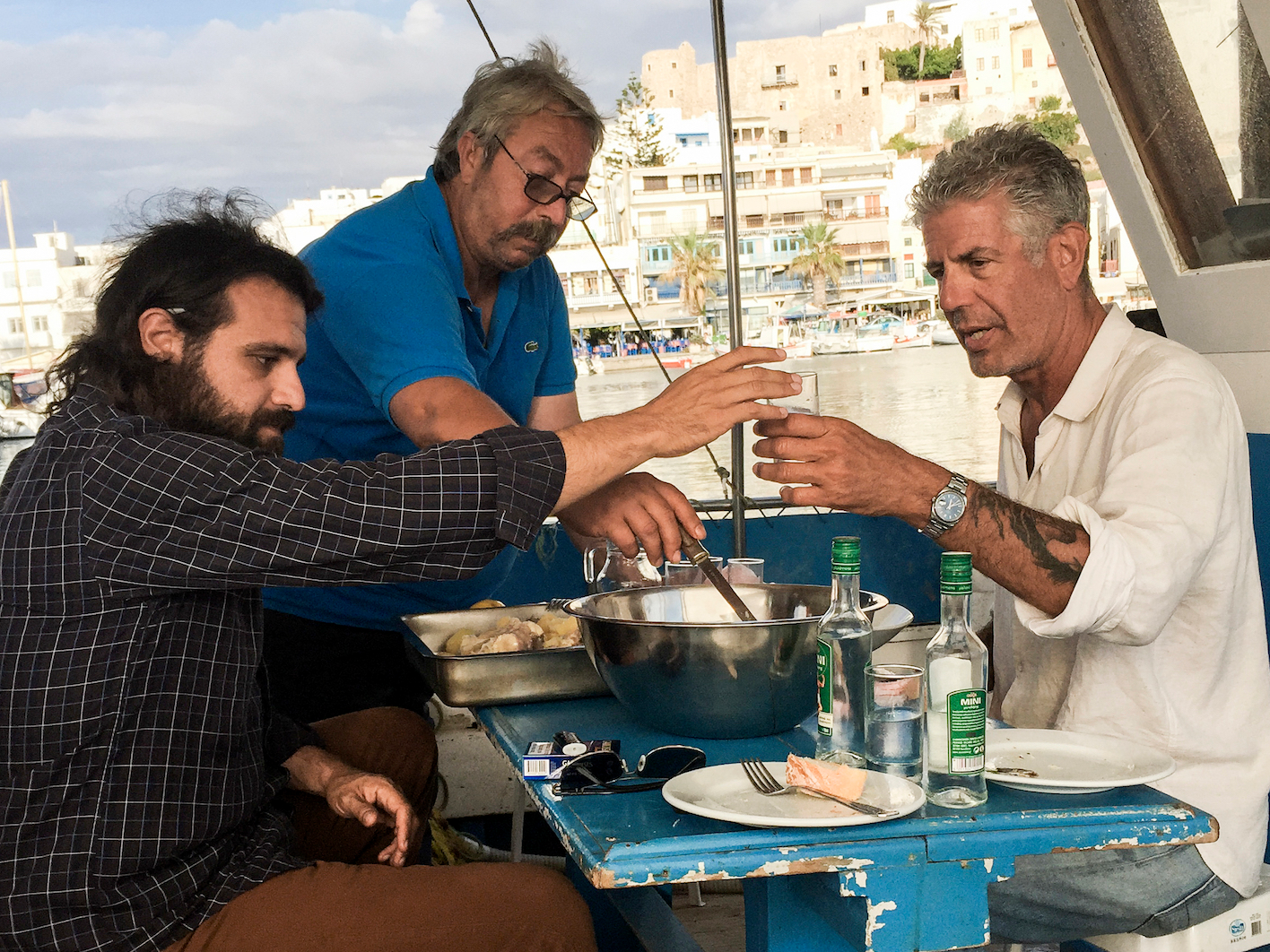 CNNAnthony Bourdain shares a meal in the Greek Isles episode of the seventh season of ‘Parts Unknown.’

In the same interview, Bourdain explained how he liked to go about choosing a dish in a new locale. During his first trip to Tokyo, for example, he found a tiny eatery full of locals, pointed to a bowl of noodles at the table next to his, and asked for it. Instead of planning his vacations, he experienced them.

“You have to be a romantic to invest yourself, your money, and your time in cheese.” 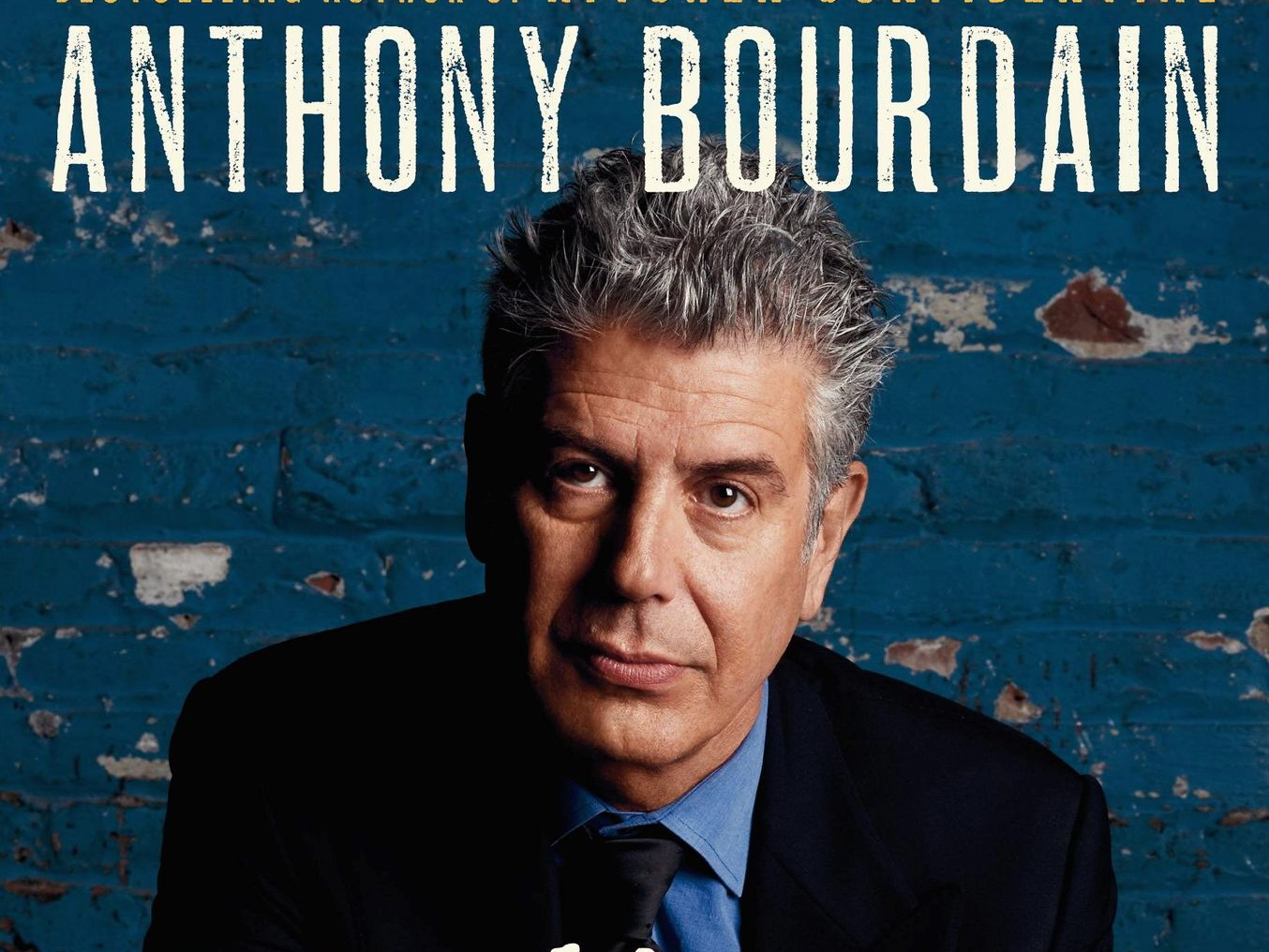 In his 2010 book “Medium Raw: A Bloody Valentine to the World of Food and the People Who Cook,” Bourdain described his love of cheese. It’s not surprising that one of his TV shows, “The Layover,” visited a Seattle cheese shop. Its owner, Laurel Miller, was touched by Bourdain’s kind words about her city. He even took a photo with her.

“If I’m an advocate for anything, it’s to move. As far as you can, as much as you can. Across the ocean, or simply across the river. Walk in someone else’s shoes or at least eat their food. It’s a plus for everybody.” “I’m not afraid to look like a big, hairy, smelly, foreign devil in Tokyo, though I do my best not to, I really do.” 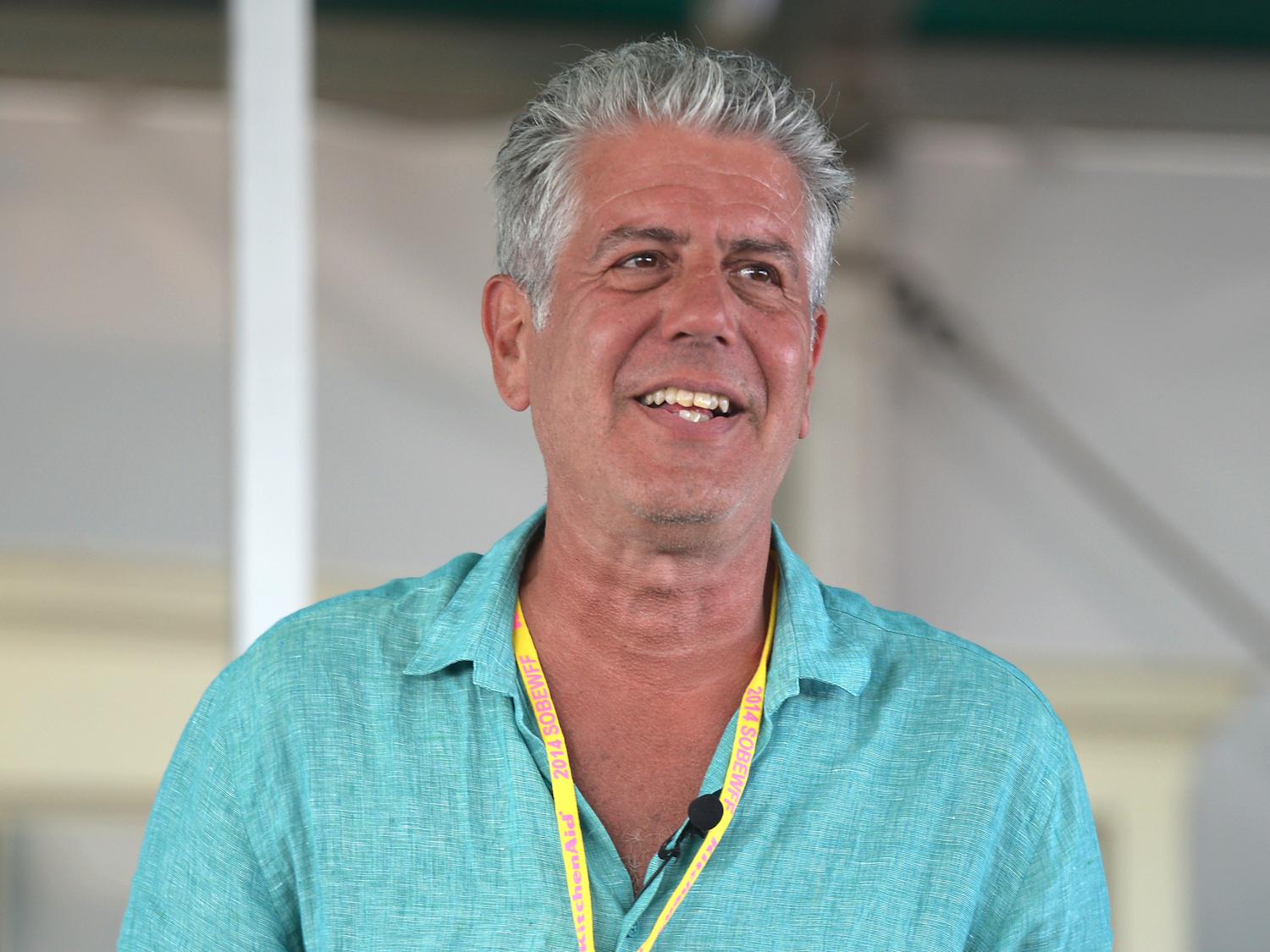 In an interview with Powell’s in 2006, Bourdain commented that he looked slightly out of place on the streets of Tokyo, but he never felt that way. He also talked about eating cobra hearts, not ordering fish on Mondays, and that he never thought “Kitchen Confidential,” would be a hit.

“Assume the worst. About everybody. But don’t let this poisoned outlook affect your job performance. Let it all roll off your back. Ignore it. Be amused by what you see and suspect. Just because someone you work with is a miserable, treacherous, self-serving, capricious, and corrupt arsehole shouldn’t prevent you from enjoying their company, working with them, or finding them entertaining.” 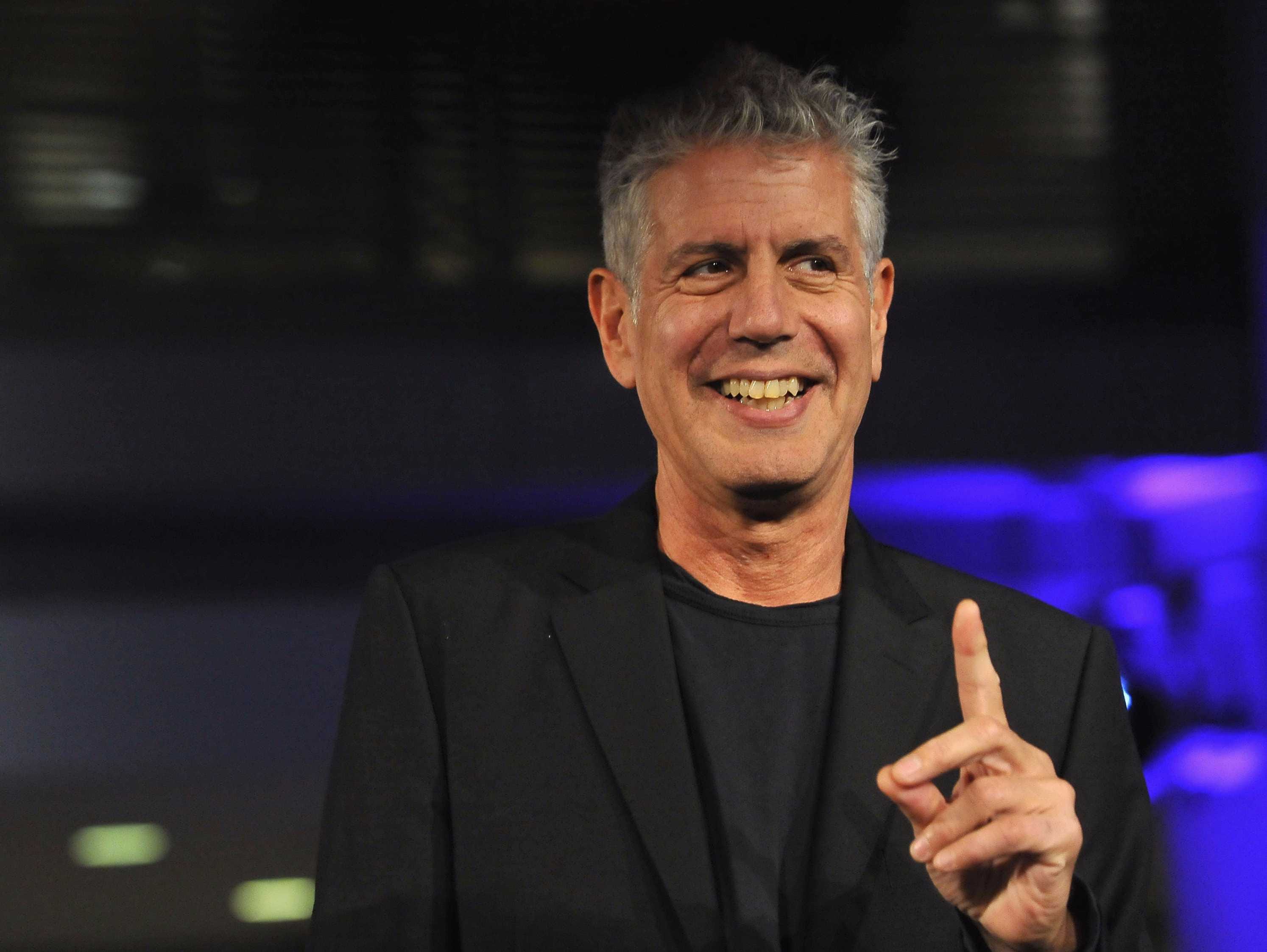 Bourdain was undeniably cynical, but with lines like these, taken from his 2000 book “Kitchen Confidential: Adventures in the Culinary Underbelly,” he relished the cynicism.

“Your body is not a temple, it’s an amusement park. Enjoy the ride.” 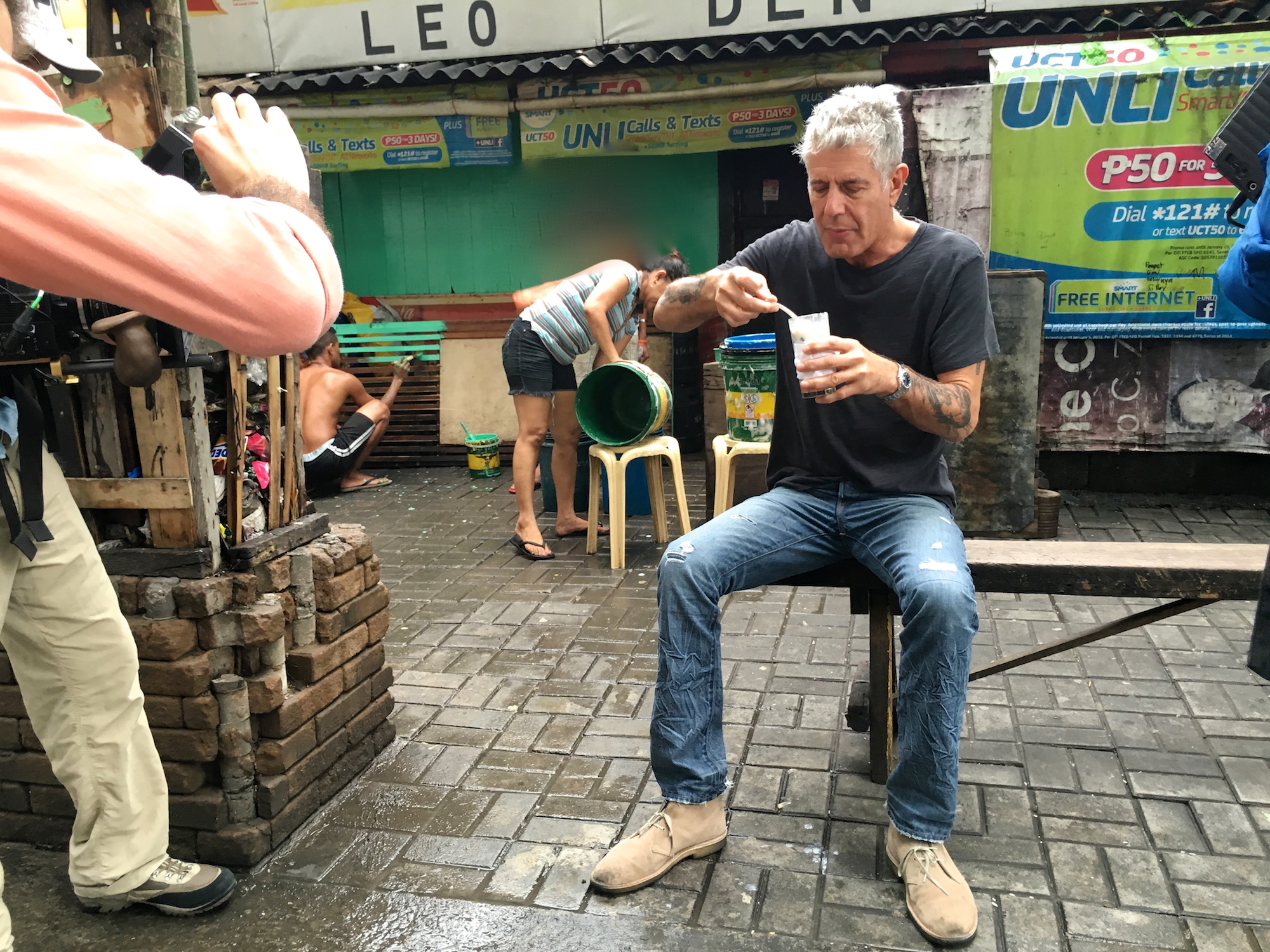 CNNAnthony Bourdain during filming of the Manila episode of the seventh season of ‘Parts Unknown.’

In another line from “Kitchen Confidential,” Bourdain lays out his life philosophy in as few words as possible.

“If you’re twenty-two, physically fit, hungry to learn and be better, I urge you to travel — as far and as widely as possible. Sleep on floors if you have to. Find out how other people live and eat and cook. Learn from them — wherever you go.” 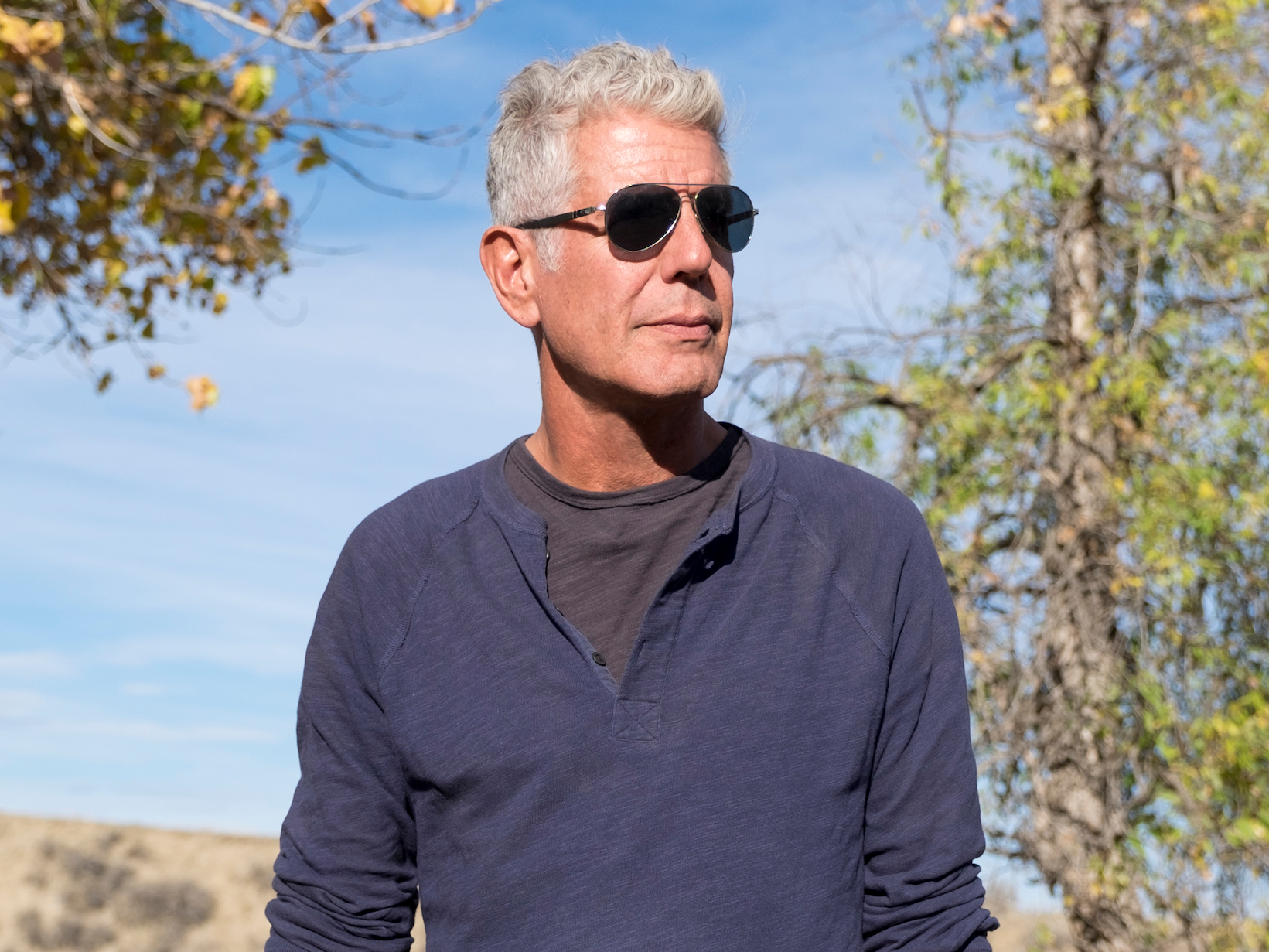 CNNAnthony Bourdain during filming of the Montana episode of the seventh season of ‘Parts Unknown.’

In another quote from his book “Medium Raw,” Bourdain implores every young person to open their minds and travel the world.

“The way you make an omelet reveals your character.” 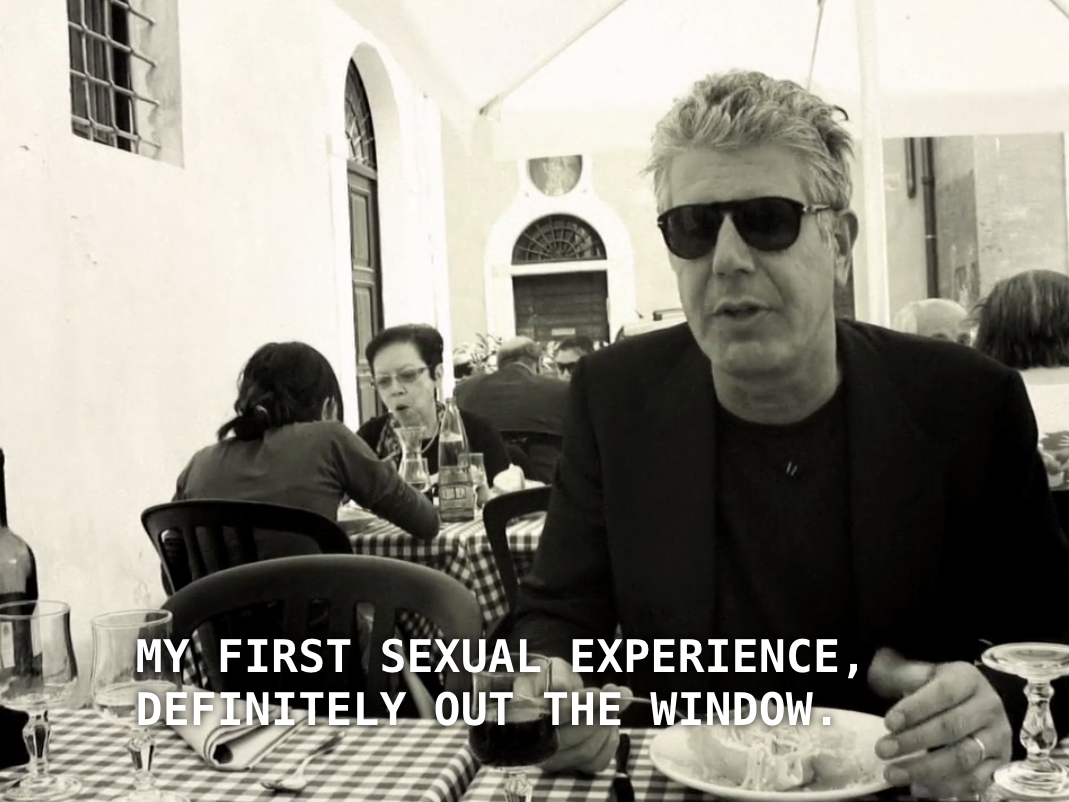 In an interview with Playboy, as cited by NBC, Bourdain used the omelet as a metaphor for caring. “Learn how to cook a f—— omelet … I mean, what nicer thing can you do for somebody than make them breakfast? You look good doing it, and it’s a nice thing to do for somebody you just had sex with. I think it’s good for the world. It’s a good thing all around. It’s easy … the way you make an omelet reveals your character.”

“When dealing with complex transportation issues, the best thing to do is pull up with a cold beer and let somebody else figure it out.” In season one, episode seven, the Peru episode of “Parts Unknown,” Bourdain offered some words of wisdom when the TV crew’s boats were too small for an overflowing river during the rainy season. Despite the specific circumstances, his advice may come in handy during any stressful situation.

“Without experimentation, a willingness to ask questions and try new things, we shall surely become static, repetitive, and moribund.” In one of his more serious lines from “Medium Raw,” Bourdain told his readers in words what he’d been showing them on TV for years.

“I’m a big believer in winging it. I’m a big believer that you’re never going to find perfect city travel experience or the perfect meal without a constant willingness to experience a bad one. Letting the happy accident happen is what a lot of vacation itineraries miss, I think, and I’m always trying to push people to allow those things to happen rather than stick to some rigid itinerary.” 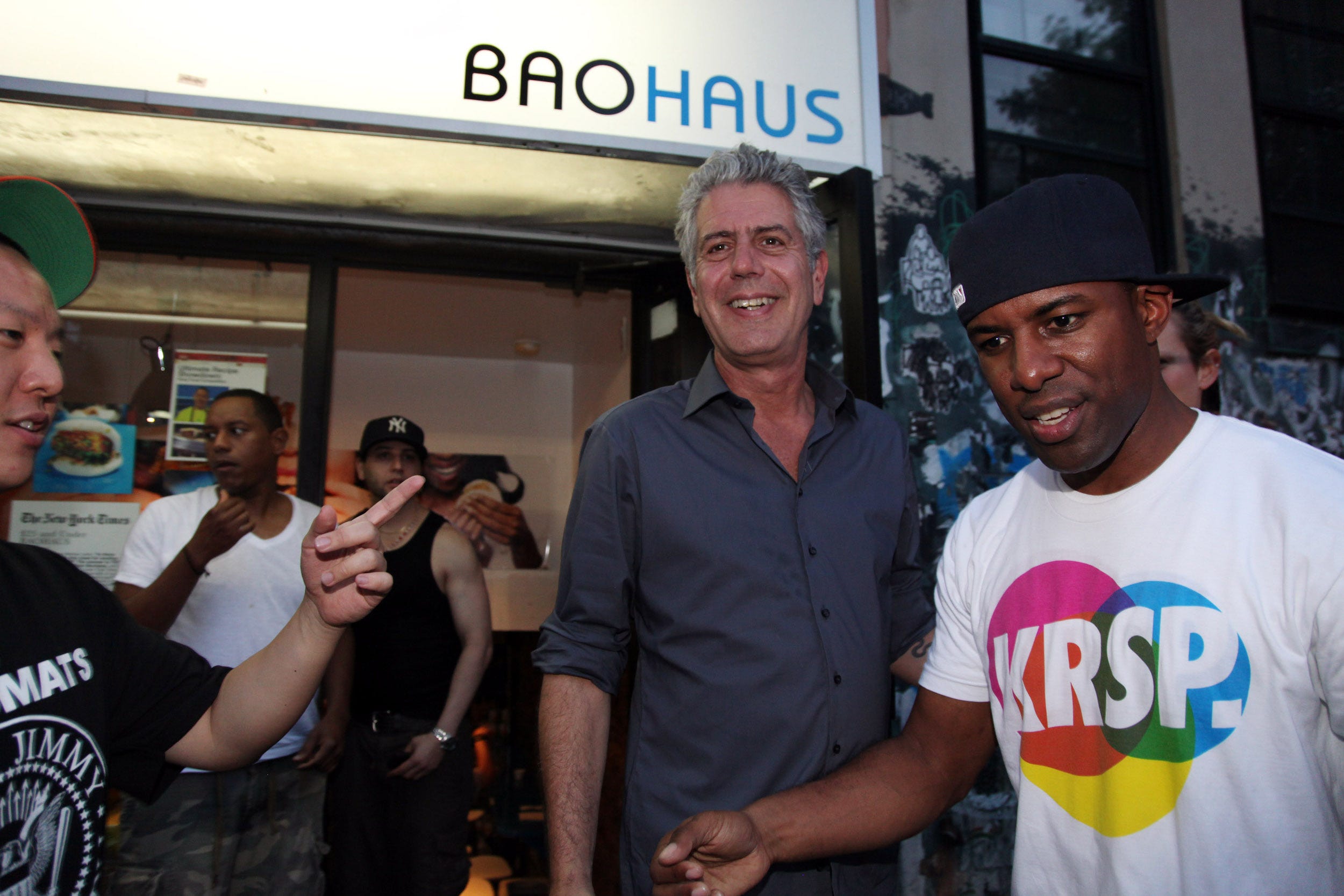 Bourdain laid out his approach to travelling in “Kitchen Confidential.” For him, the joy in navigating a new city came in the form of unplanned adventures, not a set checklist of sites to be seen.

“It seems that the more places I see and experience, the bigger I realise the world to be. The more I become aware of, the more I realise how relatively little I know of it, how many places I have still to go, how much more there is to learn. Maybe that’s enlightenment enough — to know that there is no final resting place of the mind, no moment of smug clarity. Perhaps wisdom, at least for me, means realising how small I am, and unwise, and how far I have yet to go.” In the Machu Picchu episode of “No Reservations,” Bourdain spoke about his image as an all-knowing culture guru – and that he wasn’t that way at all. He didn’t always find the best noodle stand in Vietnam, or the best pasta restaurant in Italy. But his curiosity and willingness to try new things, and to understand others, is what made him much wiser than perhaps he ever knew.