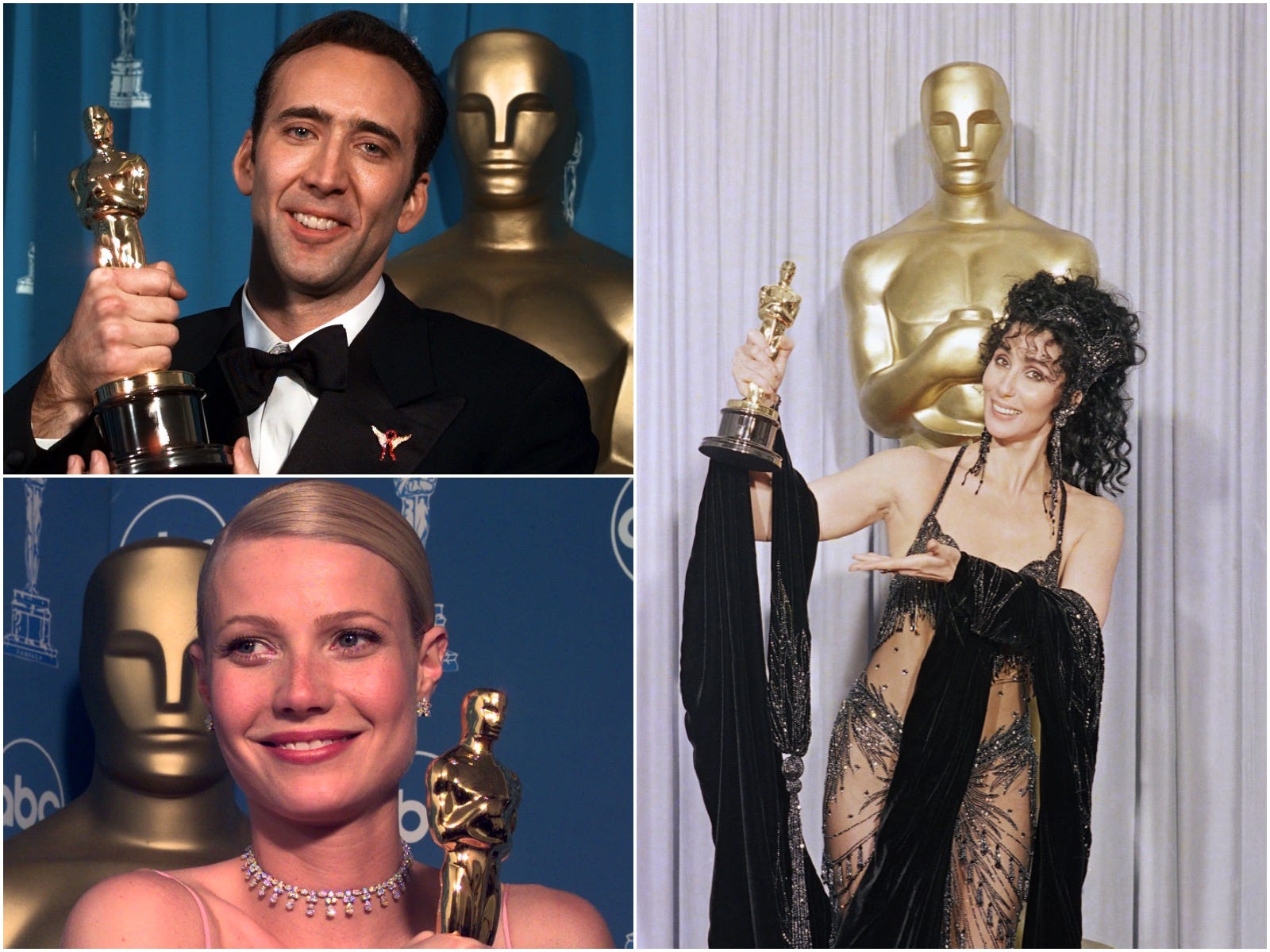 For: “The Woman in Red,” for the song “I Just Called to Say I Love You”

Everyone knows that Stevie Wonder has won a billion Grammys (well, 25 to be exact), but his Oscar win goes under the radar despite the song he won for being a mega hit. Prince won in the same year, too, for his work on “Purple Rain,” making 1985 the first Oscars where multiple black nominees won their Oscars. 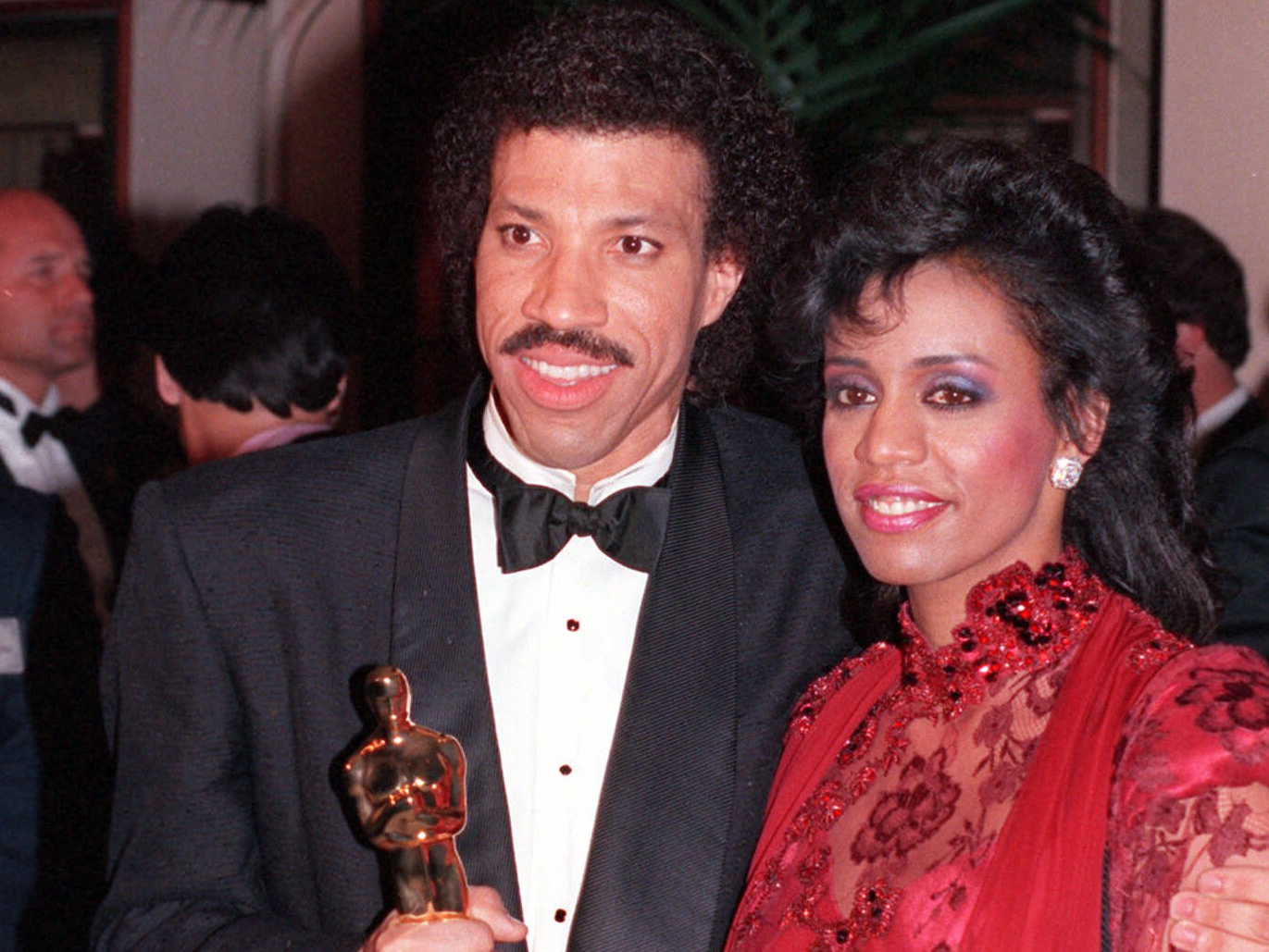 AP PhotoLionel Richie has been nominated for three Oscars in total.

Richie, much like Stevie Wonder, has won a bunch of Grammys (four, significantly less than Wonder), and is famous for his iconic tunes. The Academy recognised one of them in 1986, although this win curiously seems to go under the radar still. Cher is best known for being Cher. The multi-hyphenate is an icon and while her music from the 1980s is still very much remembered today, her film work is less so.

For: “Dances With Wolves”

Not only did you probably not know that Kevin Costner has won an Oscar, he’s actually won two.

Costner’s directorial debut “Dances with Wolves” won seven Oscars in total, with Costner taking home two for best director and best picture. He was also nominated for best actor for the film, too, but lost to Jeremy Irons in “Reversal of Fortune.” These three nominations are Costner’s only two nominations. Goldberg is another star who is mostly famous for being an icon, but Goldberg was actually nominated for best actress for “The Colour Purple” in 1986 before winning best supporting actress for the classic romance “Ghost.” Goldberg played pretend-psychic Oda Mae Brown.

Plus, Goldberg is also one of the few EGOT winners – she’s won an Emmy, a Grammy, an Oscar, and a Tony. 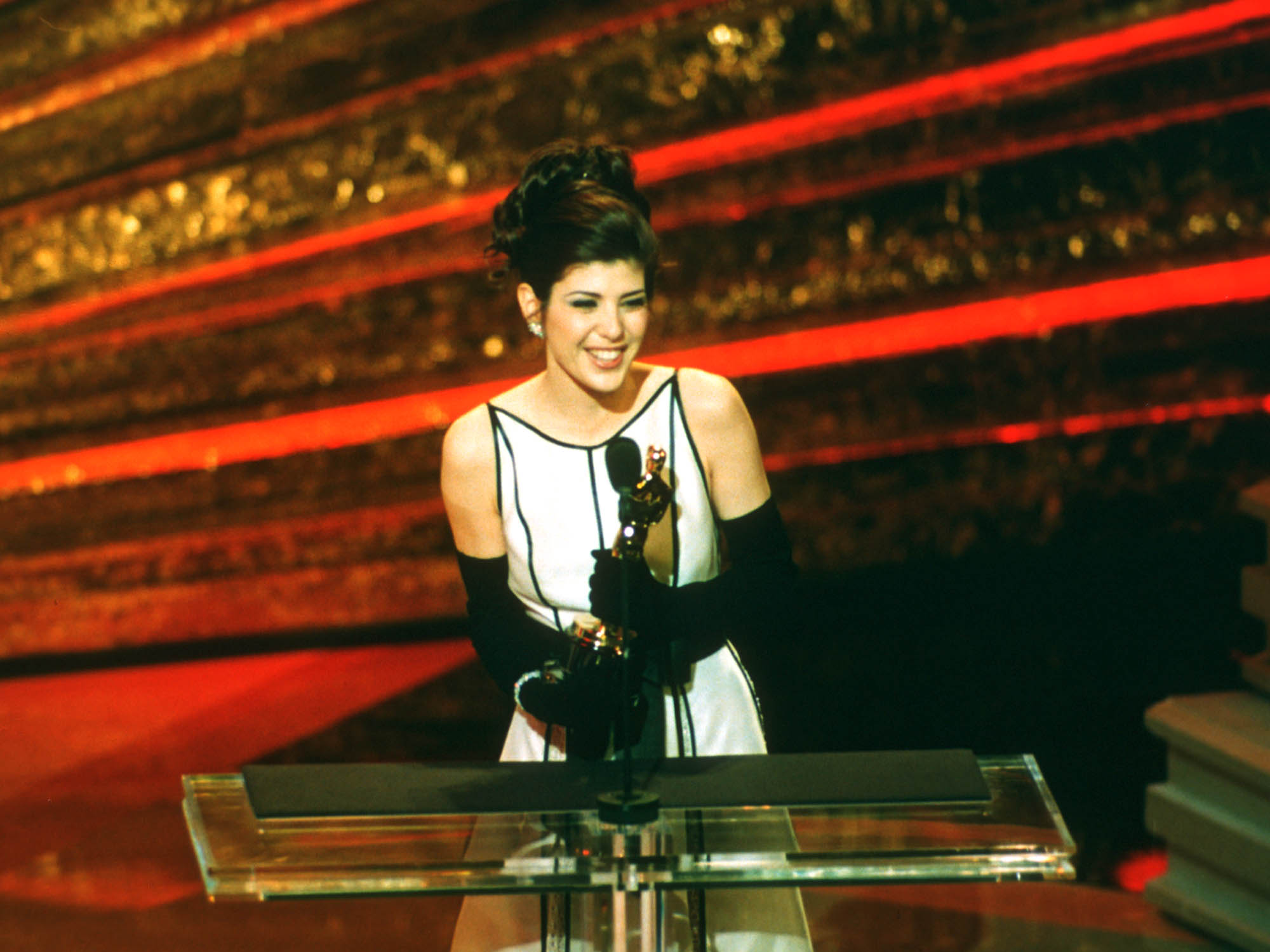 For: “My Cousin Vinny”

Yep, Aunt May from the MCU has won an Oscar! Aside from nailing the role as Spider-Man’s (Tom Holland) aunt, Tomei is actually a three-time Oscar-nominee, all for best supporting actress. 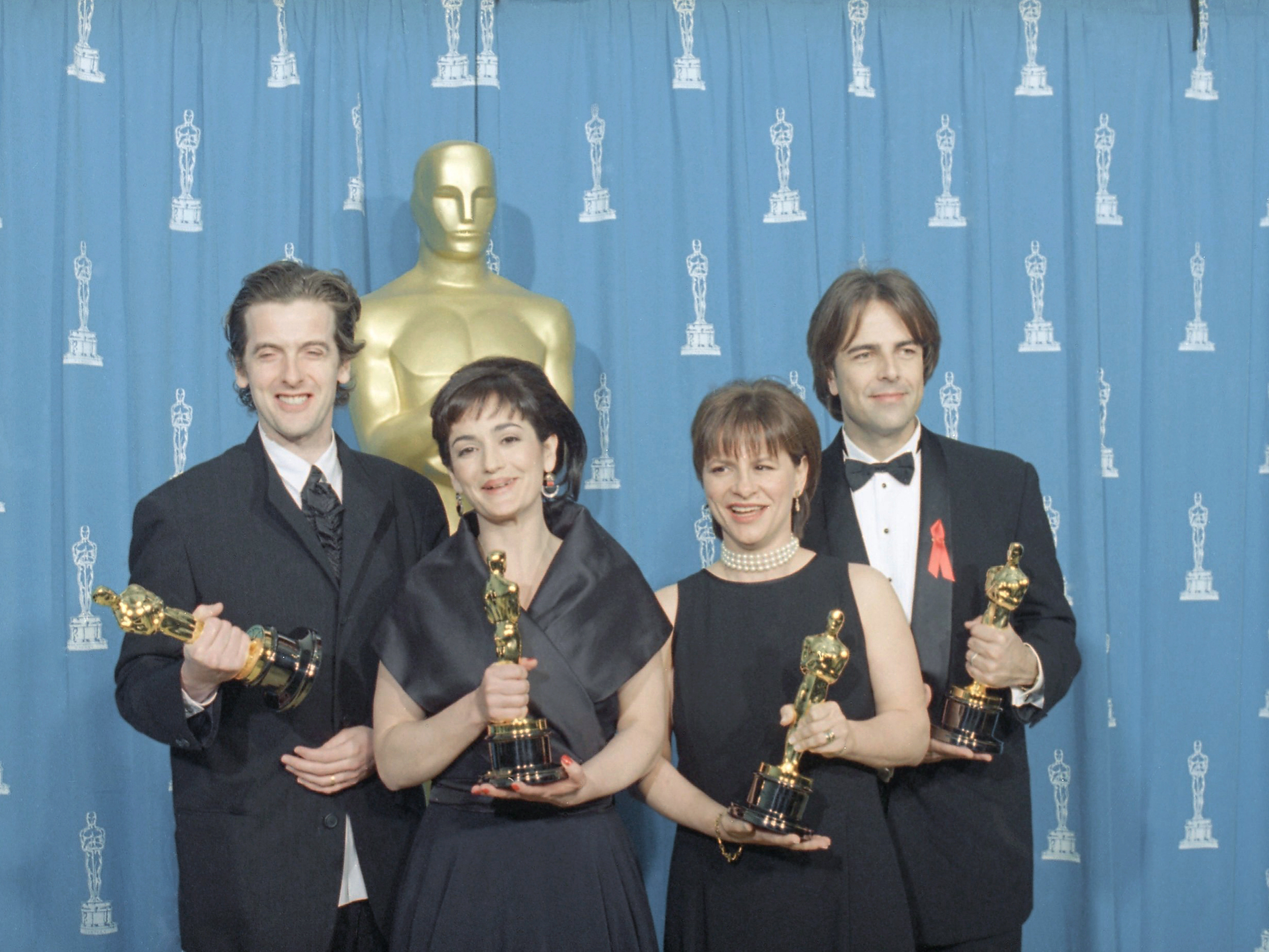 AP Photo/Lois BernsteinCapaldi won as a director but is predominantly known as an actor. The short film starred Richard E. Grant.

Capaldi is known internationally as a former Doctor Who, while he’s also appeared in “World War Z,” “The Personal History of David Copperfield,” and will appear in the upcoming DC movie “The Suicide Squad.”

But hardly anyone knows that the former Doctor is an Oscar-winner, too, sharing the award with Ruth Kenley-Letts. “Franz Kafka’s It’s a Wonderful Life” actually tied for the Oscar with another short film – “Trevor.” 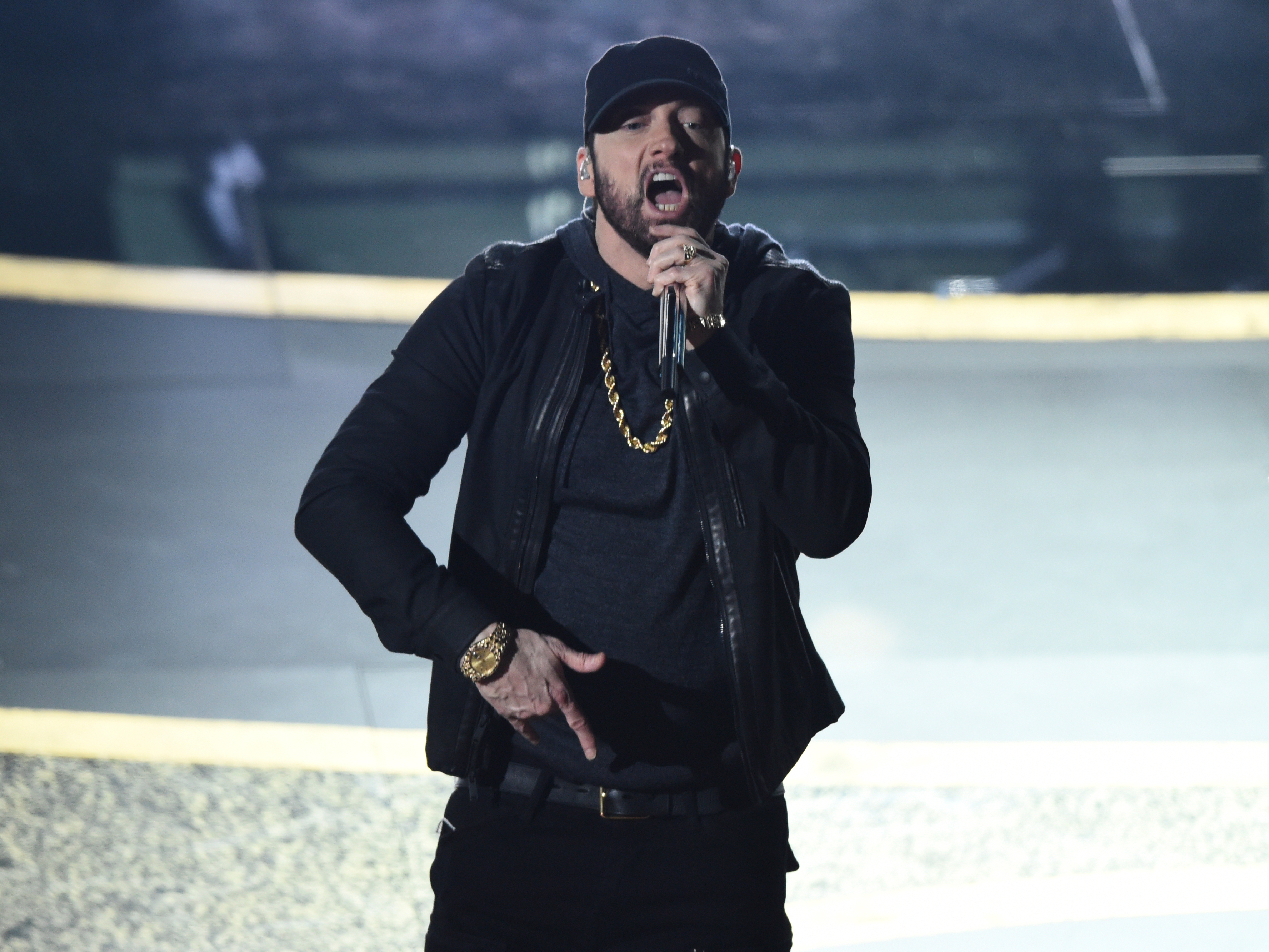 AP Photo/Chris PizzelloEminem wasn’t at the 2003 Oscars to accept his award, but did perform the song he won for at the 2020 Oscars.

Eminem was so convinced that he wasn’t going to win this award that he stayed at home. Nonetheless, he became the first rapper to win the award and shared it with Jeff Bass and Luis Resto.

Eminem also starred in “8 Mile,” but finally appeared at the Oscars 17 years later, giving a surprise performance of “Lose Yourself” on Sunday’s 2020 Oscars ceremony. 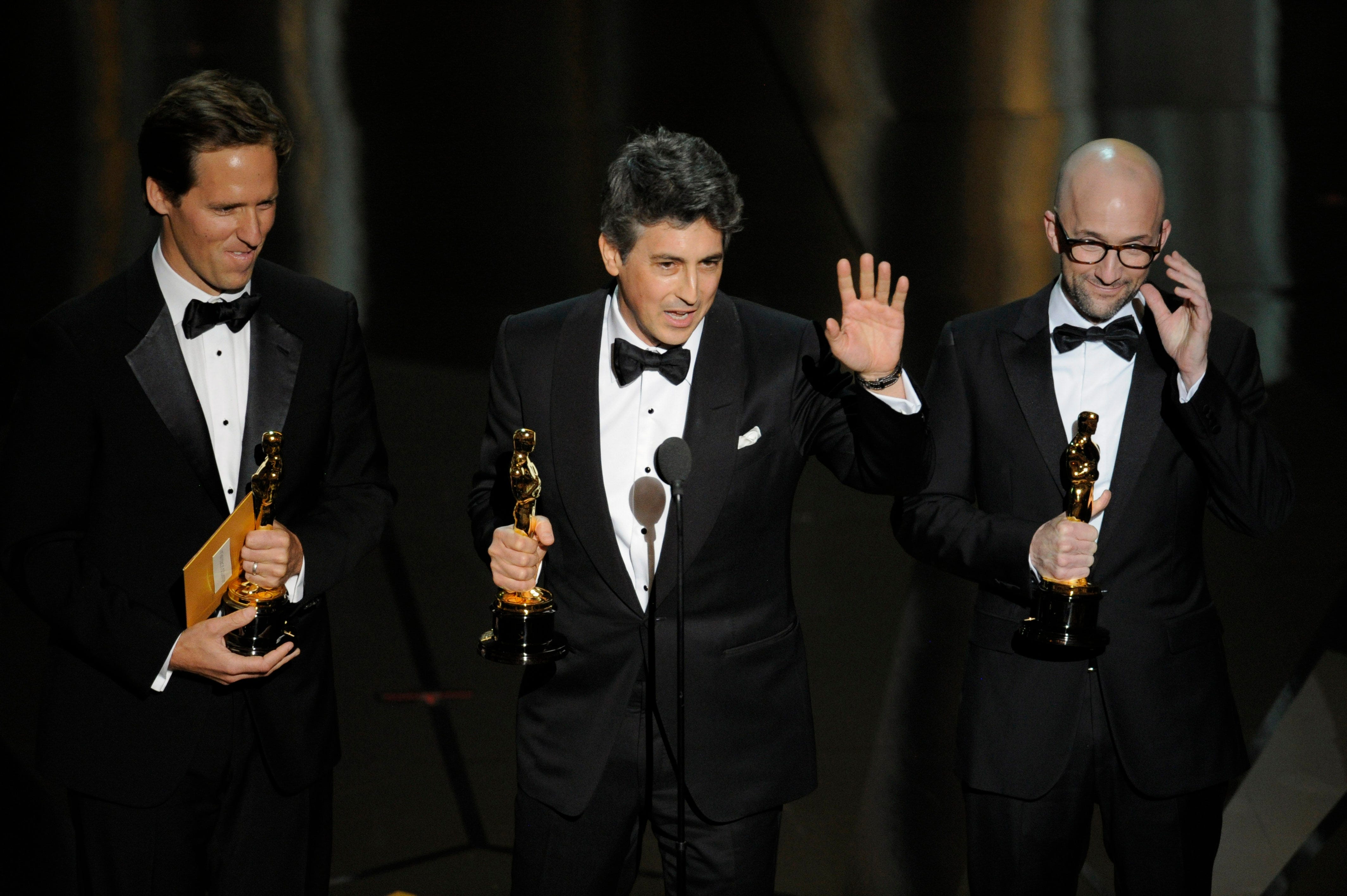 Jim Rash is best known for playing Dean in “Community,” and also make a cameo in “Captain America: Civil War.” But Rash isn’t just an actor, he’s also a writer.

He put his writing skills to good use for “The Descendants,” which starred George Clooney and was nominated for best picture. Rash co-wrote the script with director Alexander Payne and Nat Faxon. Cage is almost universally known for being that wacky actor from “National Treasure,” and that “Not the Bees” GIF. But he also beat Anthony Hopkins and Sean Penn to win best actor in 1996. He was nominated for the same award in 2003 for “Adaptation.” Yep, Rogue from the “X-Men” movies is an Oscar-winner. In fact, she’s actually the second-youngest Oscar-winner in history, winning at 11-years-old (Tatum O’Neal holds the record at age 10).

“The Piano” was Paquin’s acting debut but while her career got off to a flying start, she hasn’t been nominated since. 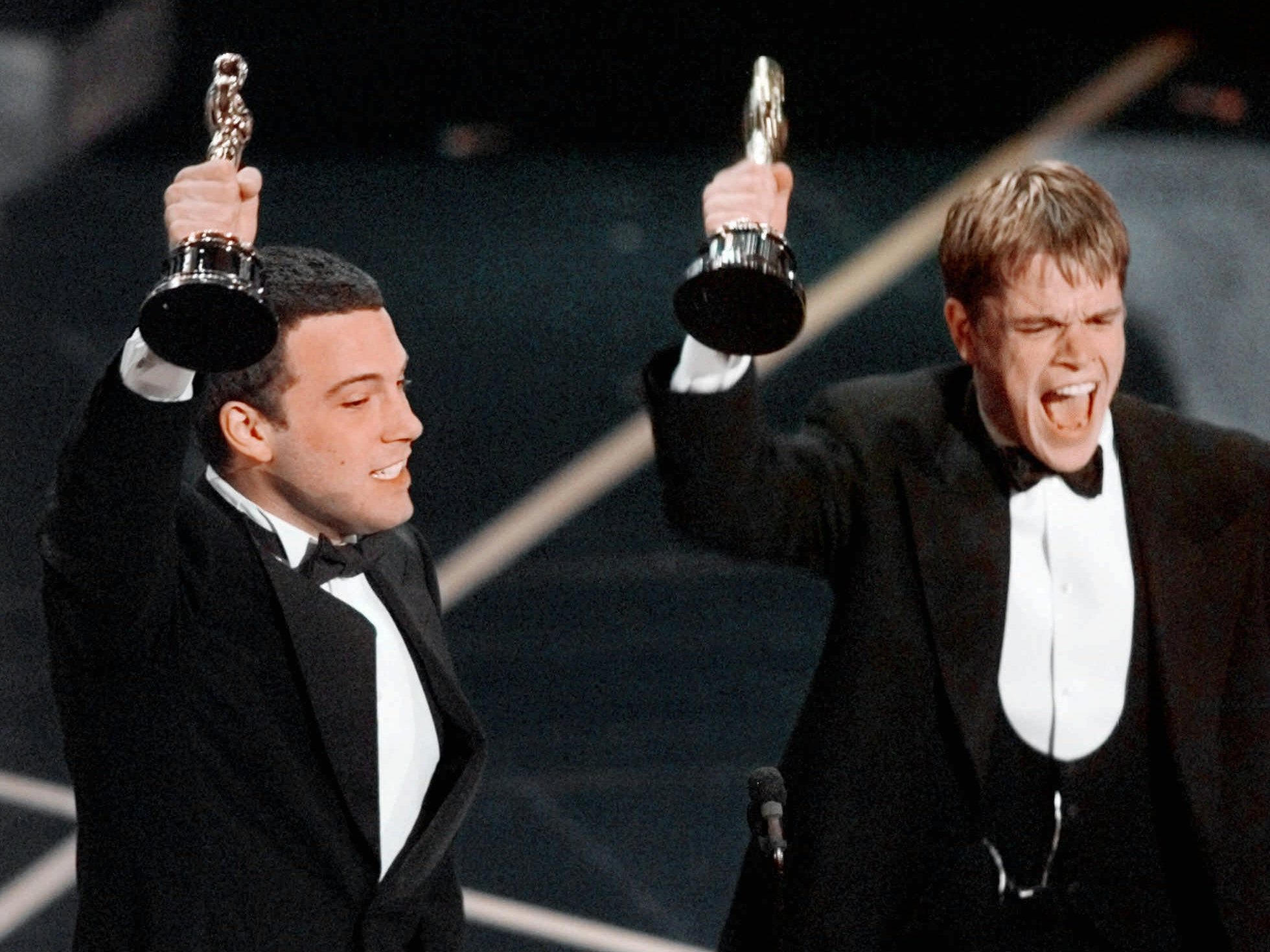 AP Photo/Susan Sterner‘Good Will Hunting’ was nominated for nine Oscars and won two.

For: “Good Will Hunting”

But not everyone knows that Damon and Affleck penned a screenplay together, got that made into “Good Will Hunting” and then won an Oscar for that screenplay. Oh, and Robin Williams won best supporting actor for that movie, too. For: “Shakespeare in Love”

Paltrow is probably best known for her role in the “Iron Man” saga as Pepper Potts, plus her wellbeing company Goop, but Paltrow actually gave one of the most memorable Oscar speeches ever.

The actress broke down when she won for “Shakespeare in Love,” which went on to win best picture over “Saving Private Ryan.” This win and nomination are the only ones to date for Paltrow, however.