Dave Benett/Getty Images/Ian West/PA Images via Getty ImagesArtists at the BRITs have been turning heads for 40 years. 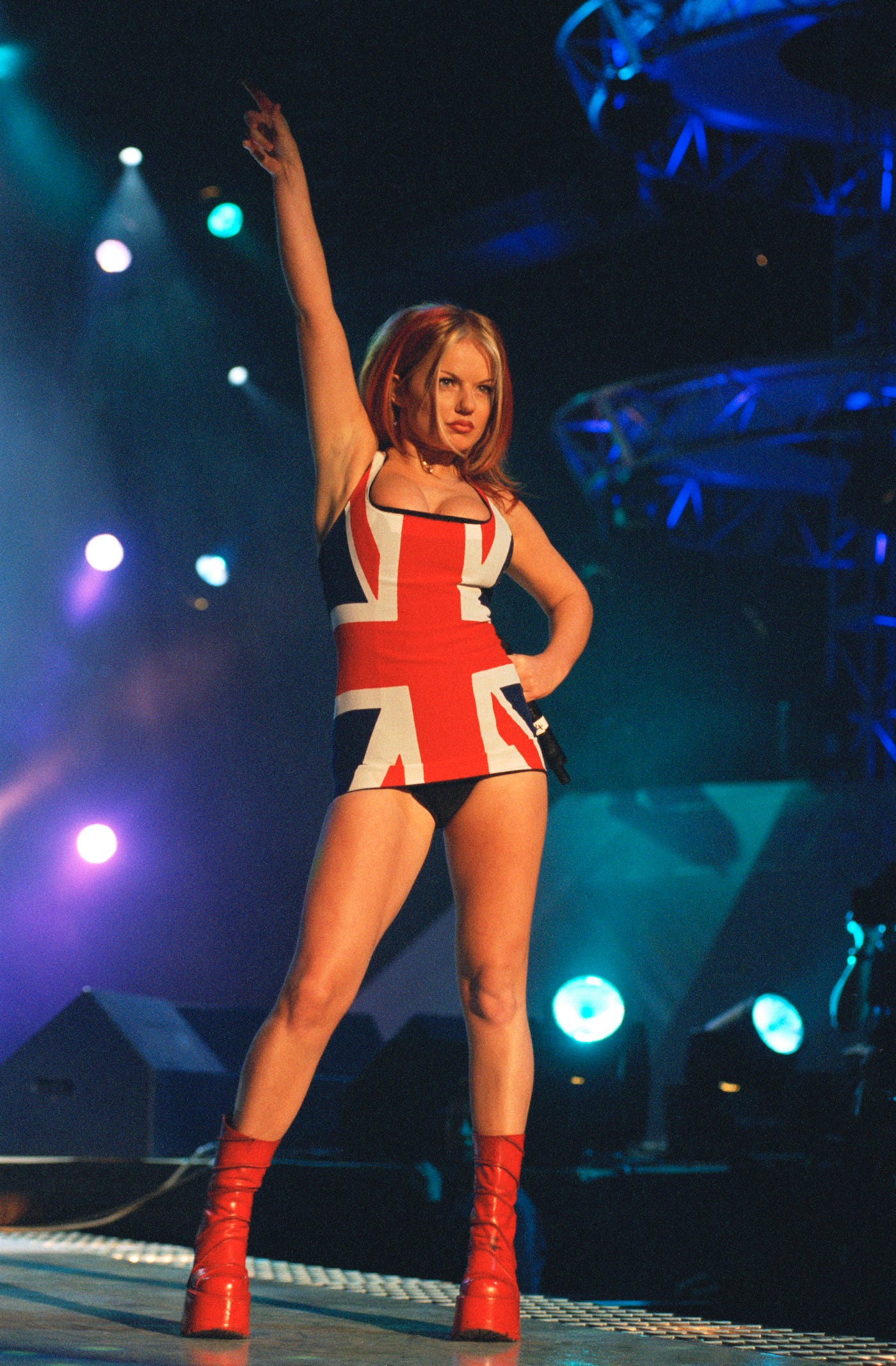 Dave Benett/Getty ImagesBaby Spice’s Union Jack minidress is one of the most iconic outfits in history.

Geri Halliwell spiced up her 1997 BRITs outfit when she wore this tiny patriotic dress with bright red platform go-go boots.

The memorable Union Jack ensemble came top in a 2010 Telegraph poll of the 10 most iconic dresses of the last 50 years. 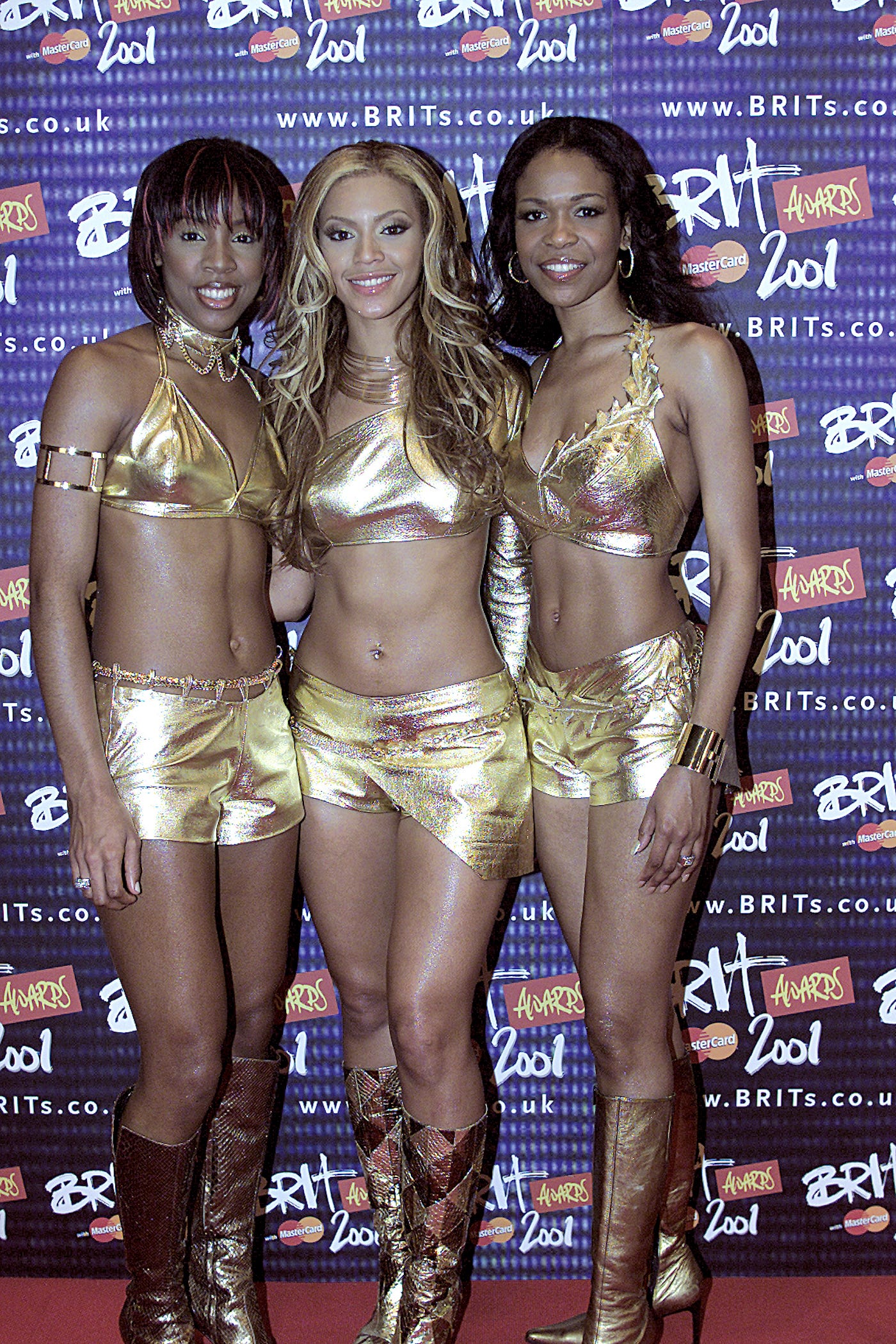 It may have been winter but it didn’t stop Destiny’s Child from dressing like they’d just stepped off the beach when they wore these gold bikinis with matching stiletto boots on the red carpet.

Dave Hogan/Getty ImagesMumba wore simply a scarf to the event.

The Irish singer and actress Samantha Mumba left little to the imagination when she opted to wear a scarf in place of a top with her black mini skirt. 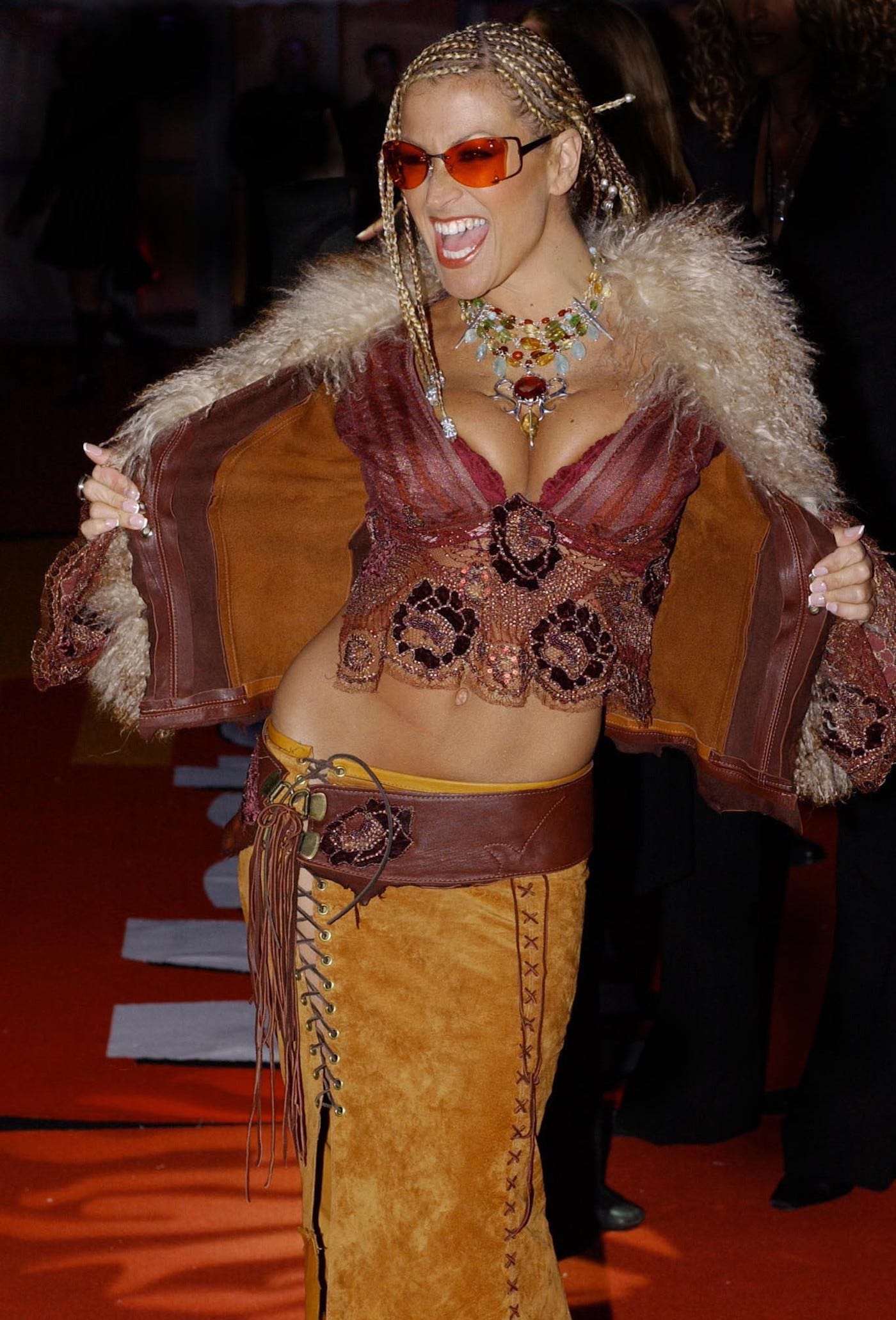 Jon Furniss/Getty ImagesAnastasia showed off a red push-up bra and plenty of leather in 2002. 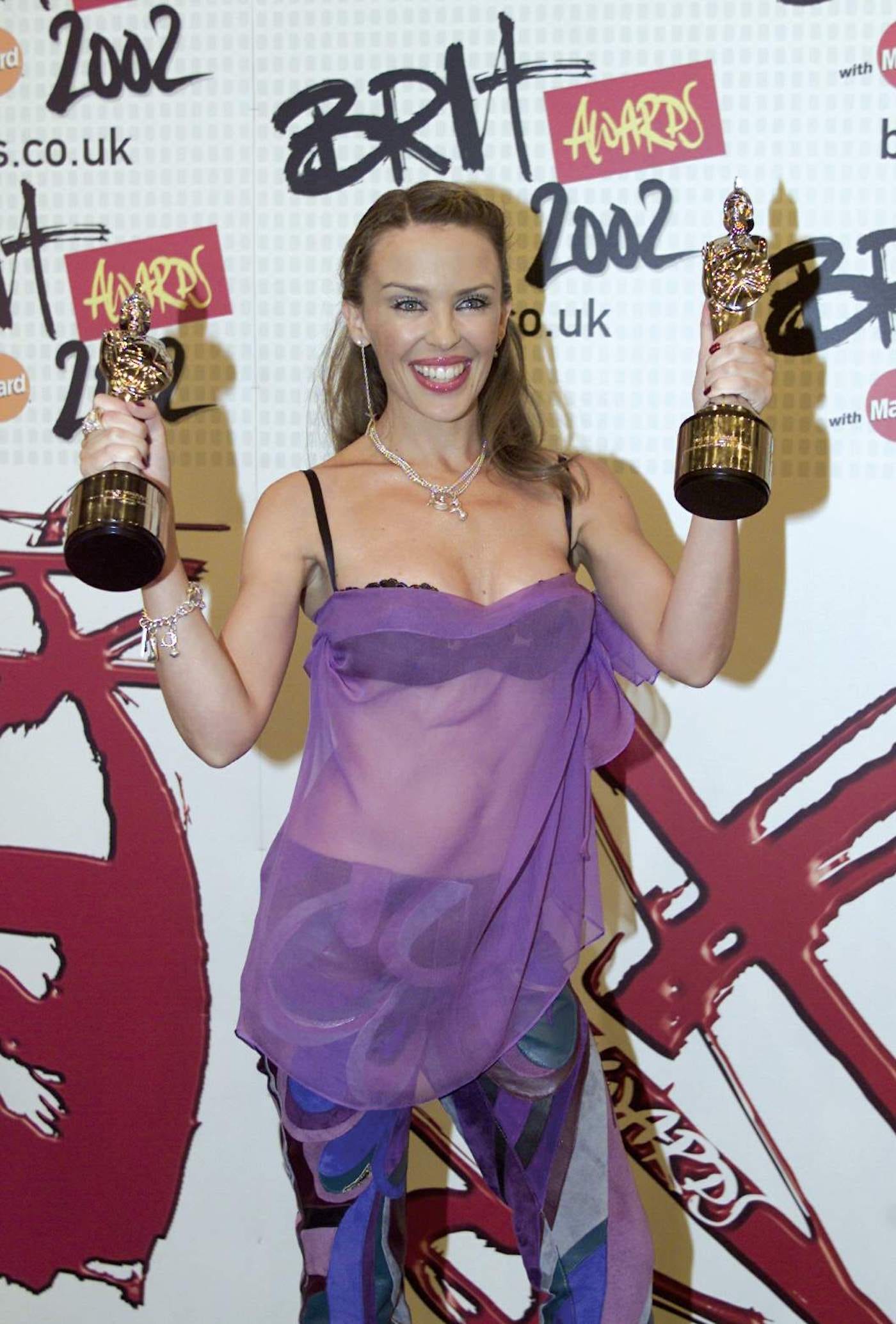 JMEnternational/RedfernsKylie looked as if she misplaced her top.

The Australian singer wore a see-through lilac top with multicoloured patterned pants in 2002. 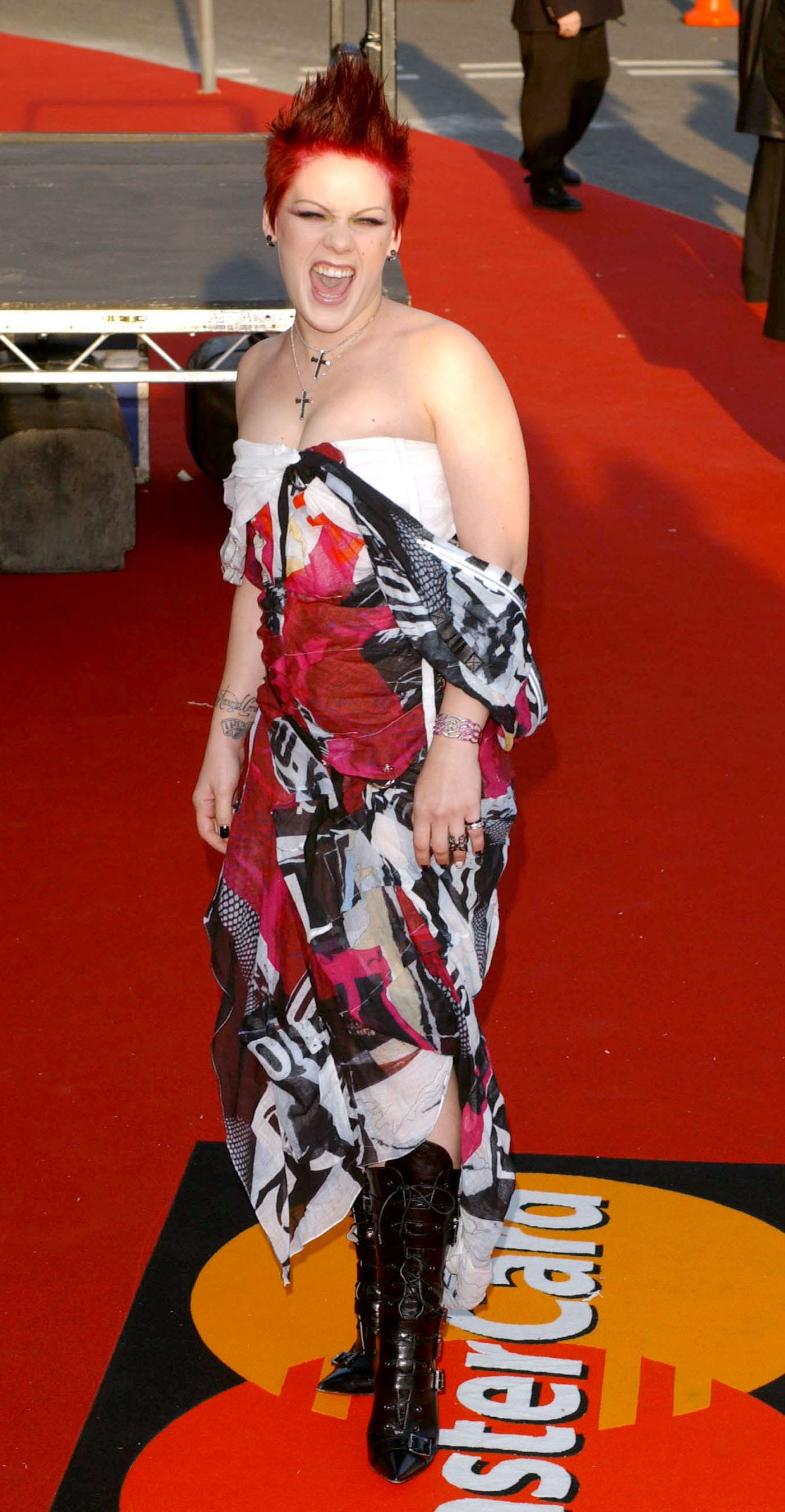 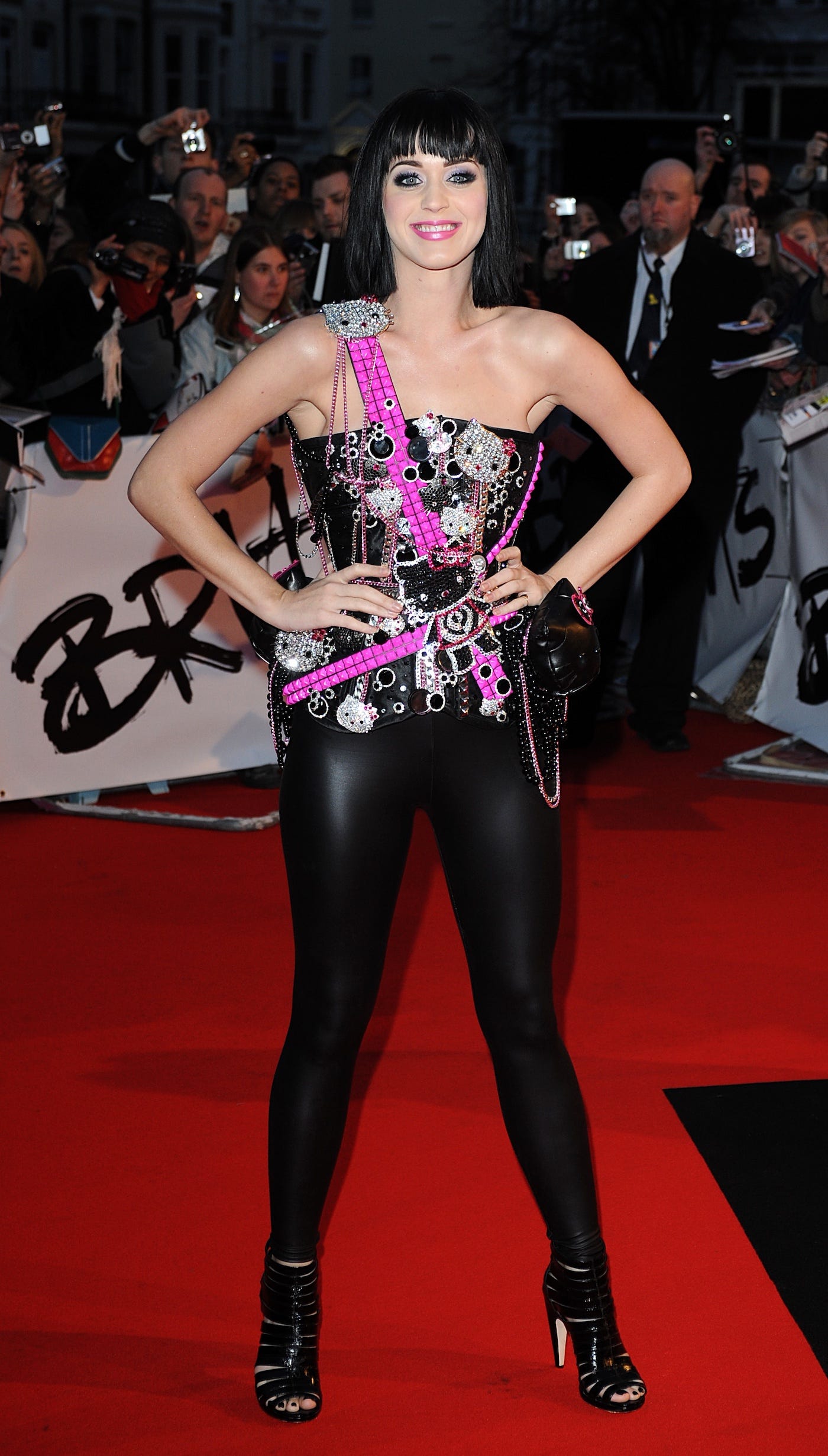 Katy Perry had just hit the music scene and scooped best international female solo artist at the BRITs in 2009 when she wore tight black leather pants with a glittery “Hello Kitty” corset. 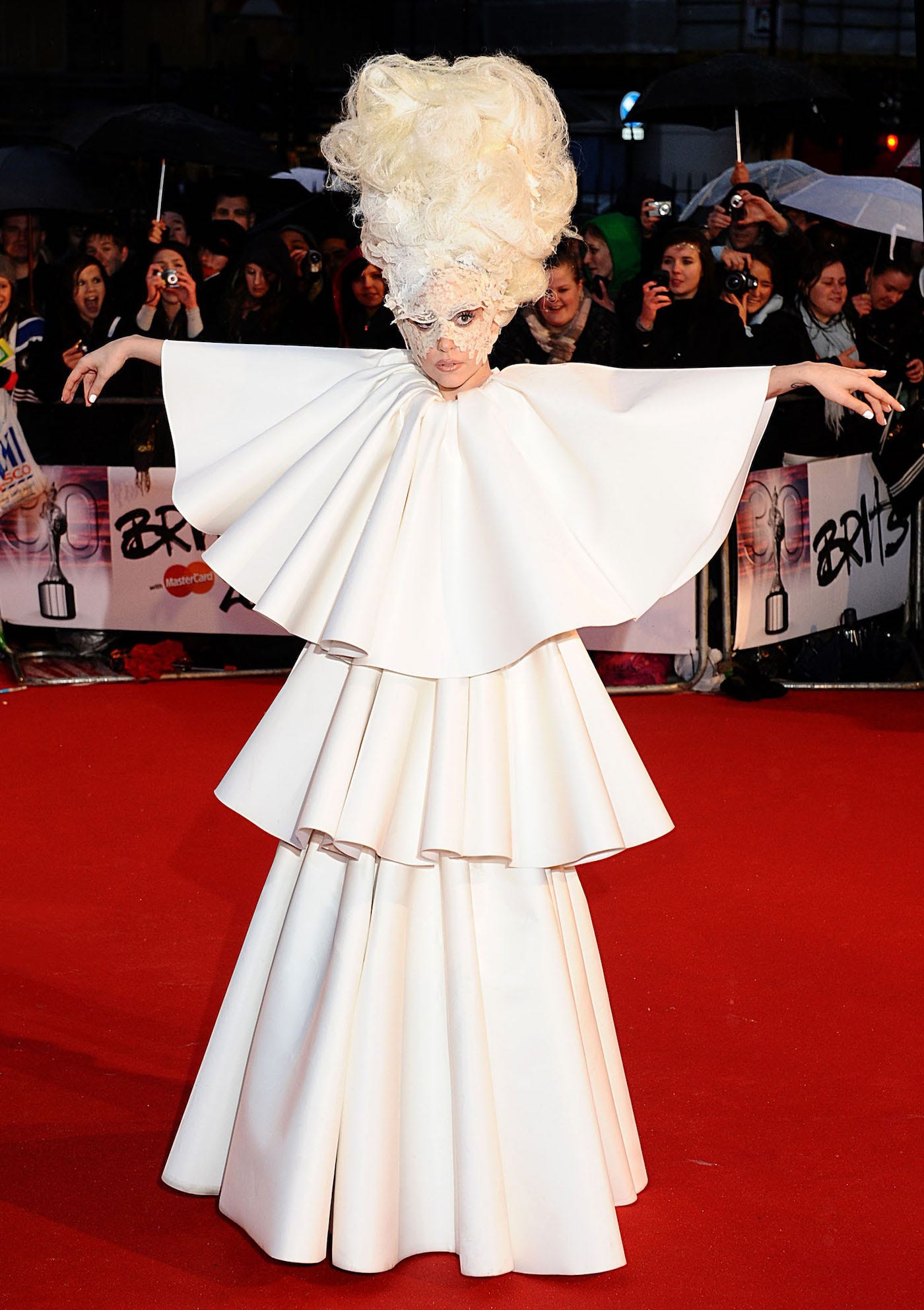 Lady Gaga was in the height of fame and kooky outfits when she wore this white tiered wedding cake ensemble. Not leaving many options to accessorize with the bold outfit, Gaga paired it with a tall Marie Antoinette-inspired wig and mask. 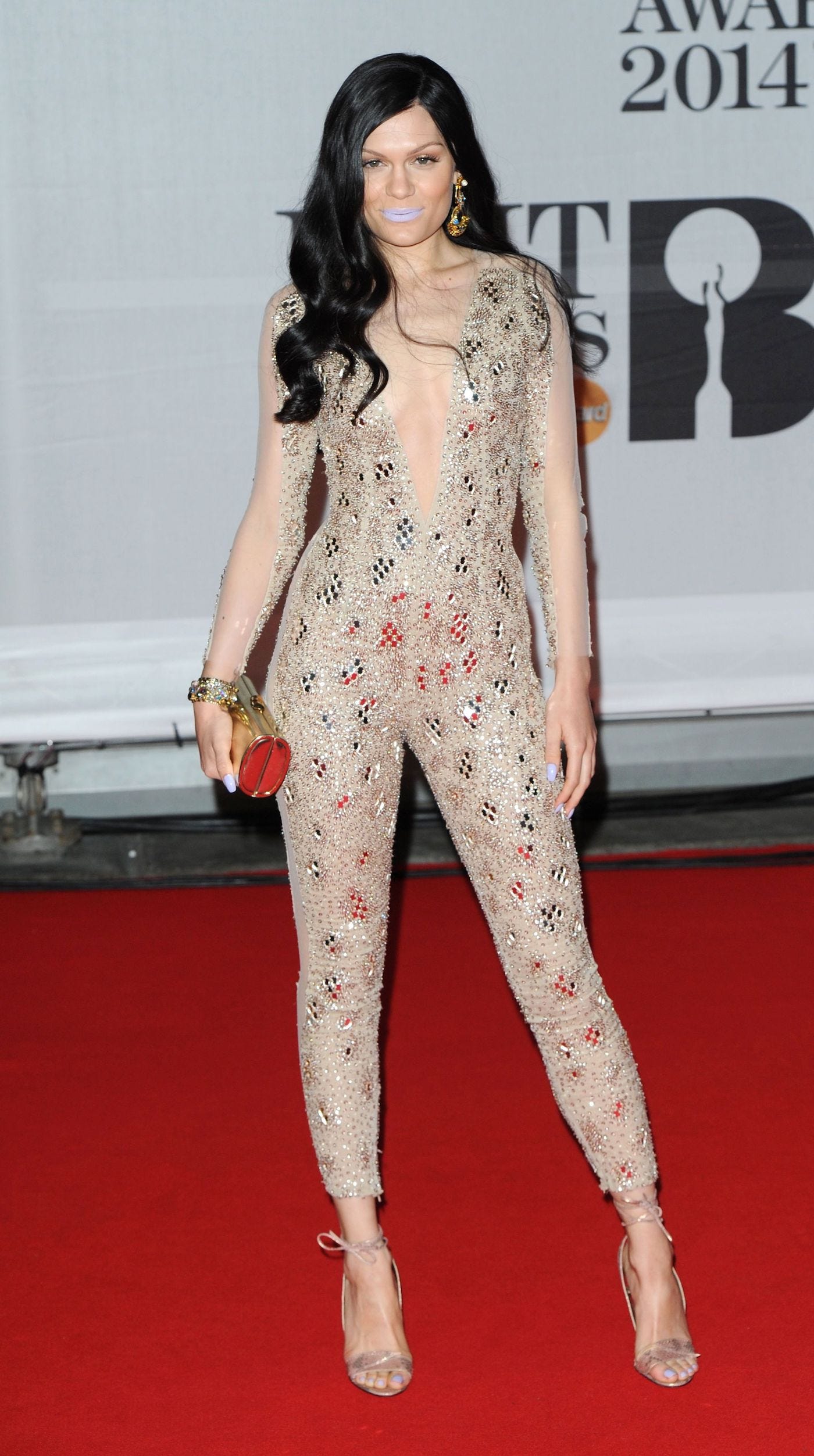 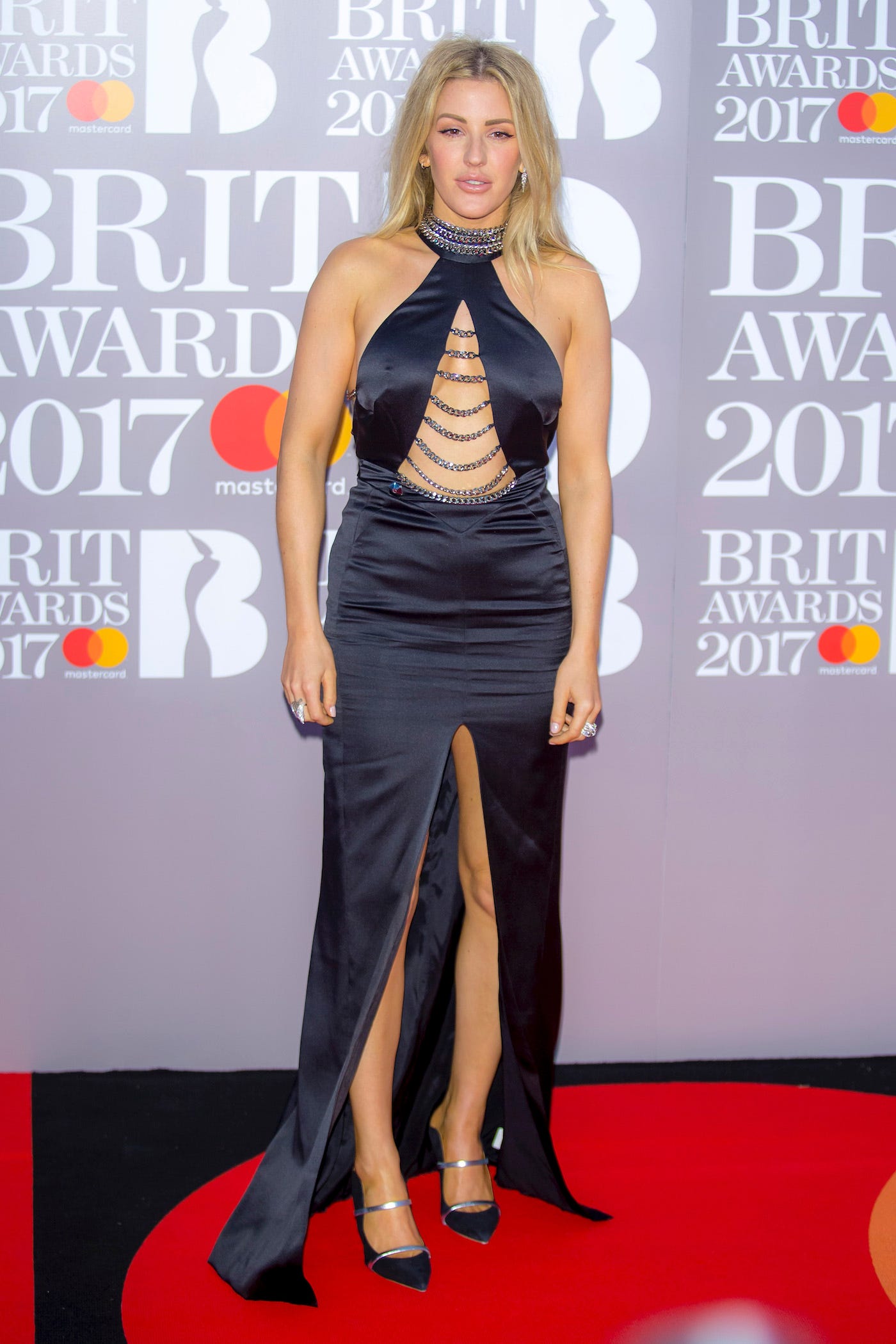 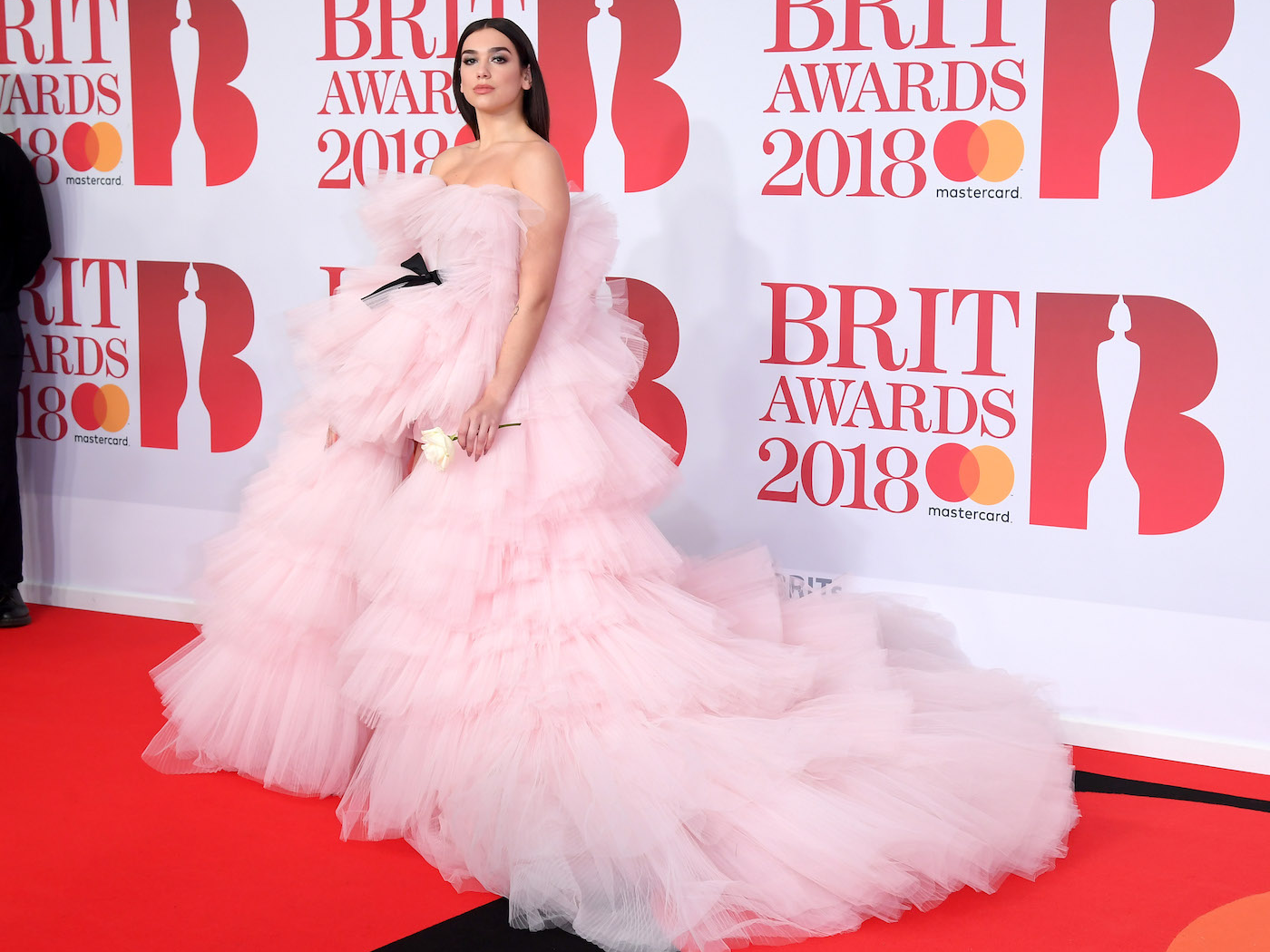 Karwai Tang/WireImageDua Lipa looked like a big ball of cotton candy in 2018.

Dua Lipa dressed as cotton candy in this pink tulle creation by Giambattista Valli. Front-on, the dress also opened up to reveal her legs. 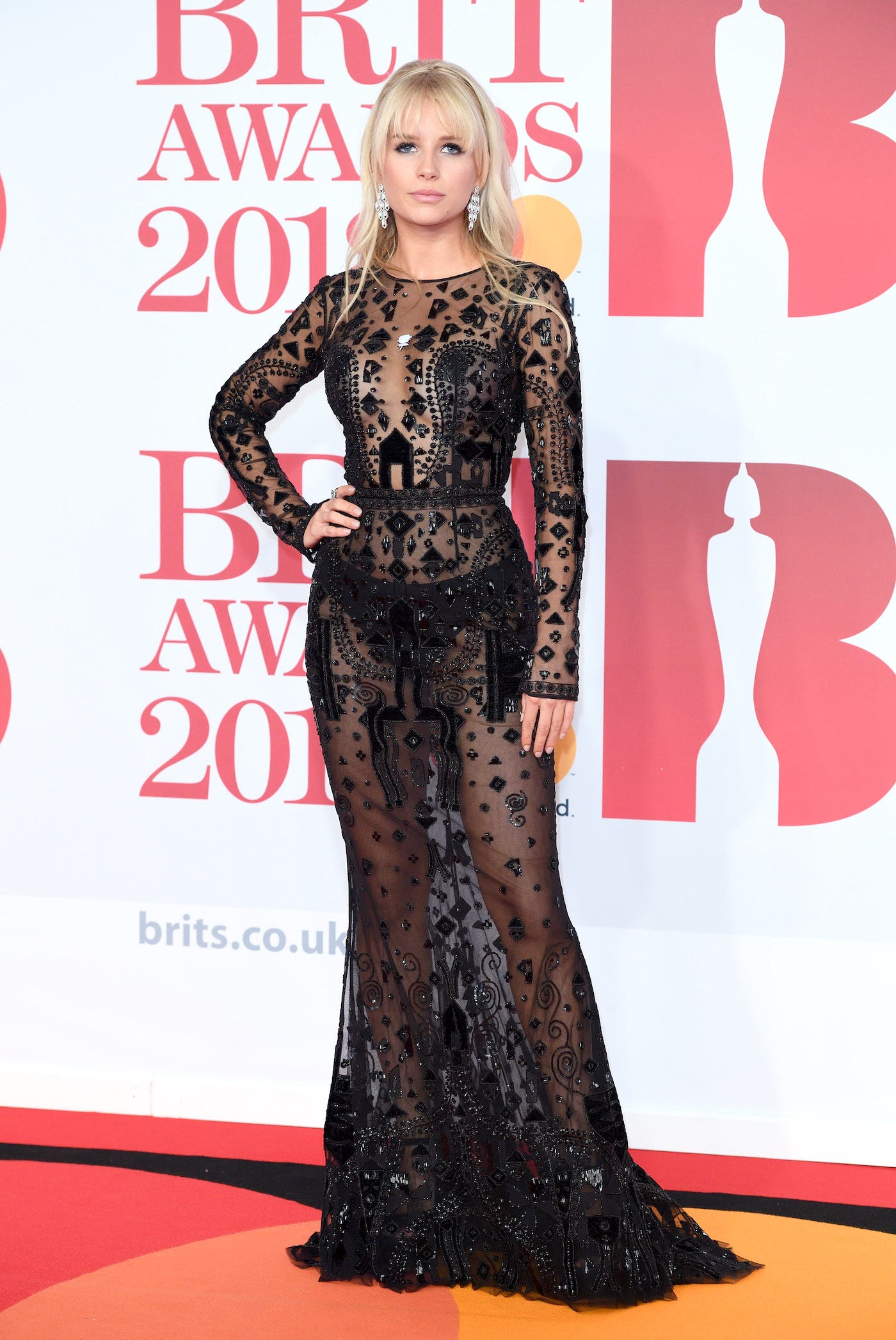 Lottie Moss took a leaf out of her big sister Kate Moss‘s book when she chose to wear a sheer black gown in 2018, which also exposed her underwear. 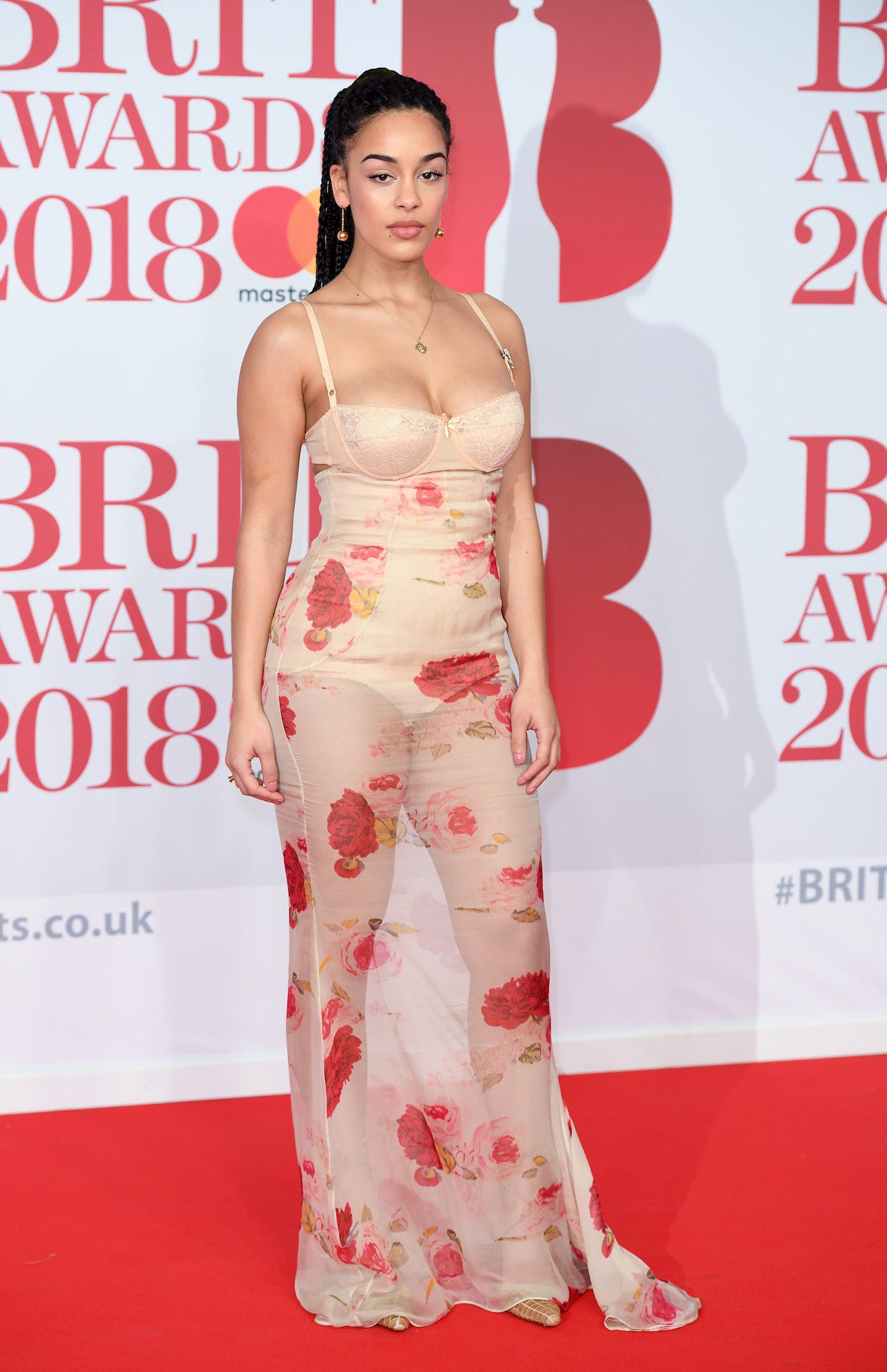 Karwai Tang/WireImageSmith wore her bedtime attire on the carpet.

Jorja Smith wore a transparent floral dress in 2018, which revealed a vintage-inspired cream corset underneath.