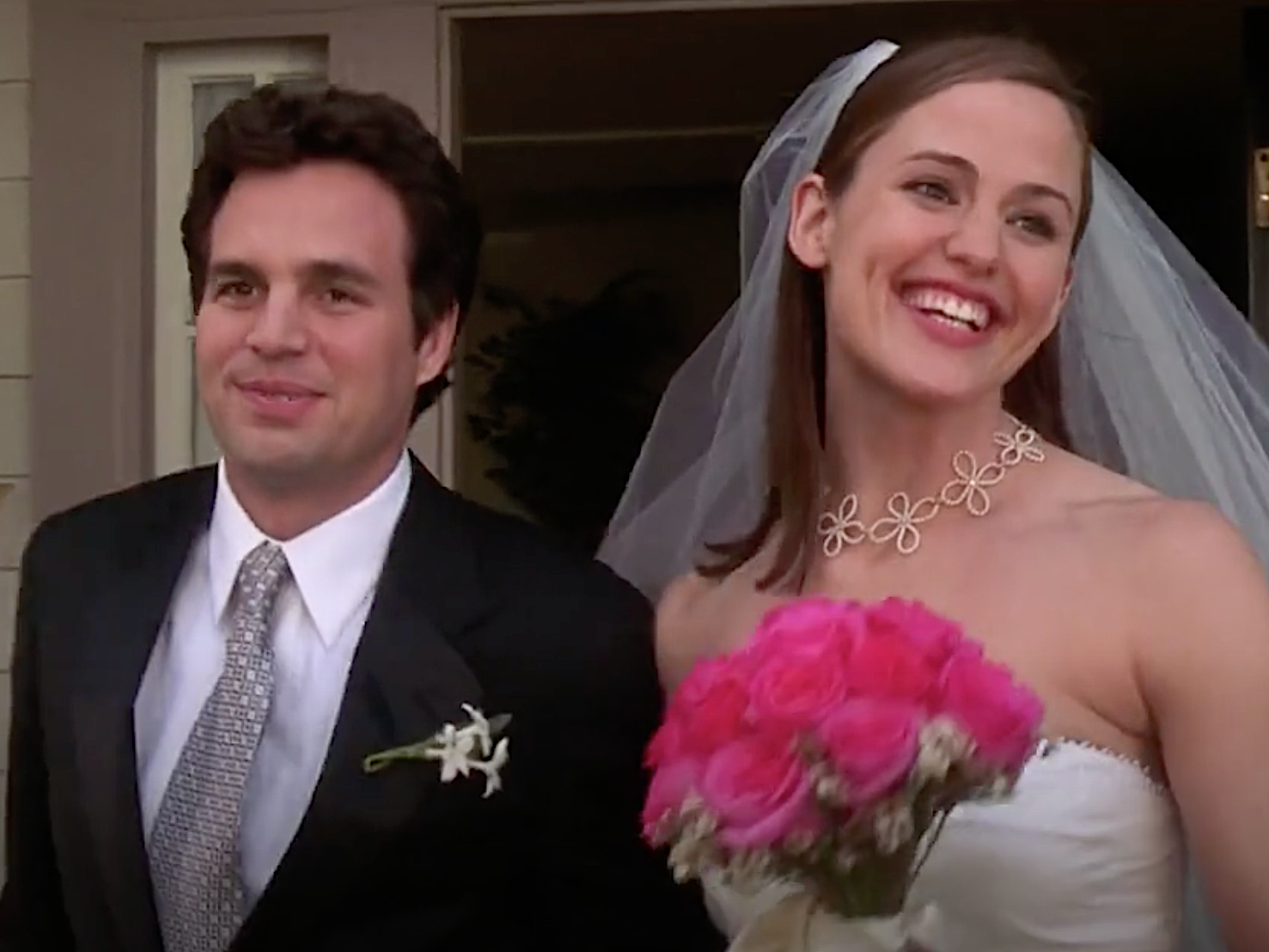 Sony PicturesMark Ruffalo and Jennifer Garner starred in ’13 Going on 30.’

“13 Going on 30” hit theatres on April 23, 2004, and starred Jennifer Garner as the grown-up version of Jenna Rink, a 13-year-old-girl whose dream of being “30, flirty, and thriving” came true with the help of some magic dust.

The movie, which has since become a fan-favourite and inspired Ariana Grande’s “Thank U, Next” music video, also starred Mark Ruffalo as Jenna’s childhood best friend named Matt. In the 15 years since “13 Going on 30” came out, Garner and Ruffalo have become A-listers.

Christa B. Allen starred as 13-year-old Jenna Rink, who made a wish on a packet of magic dust. 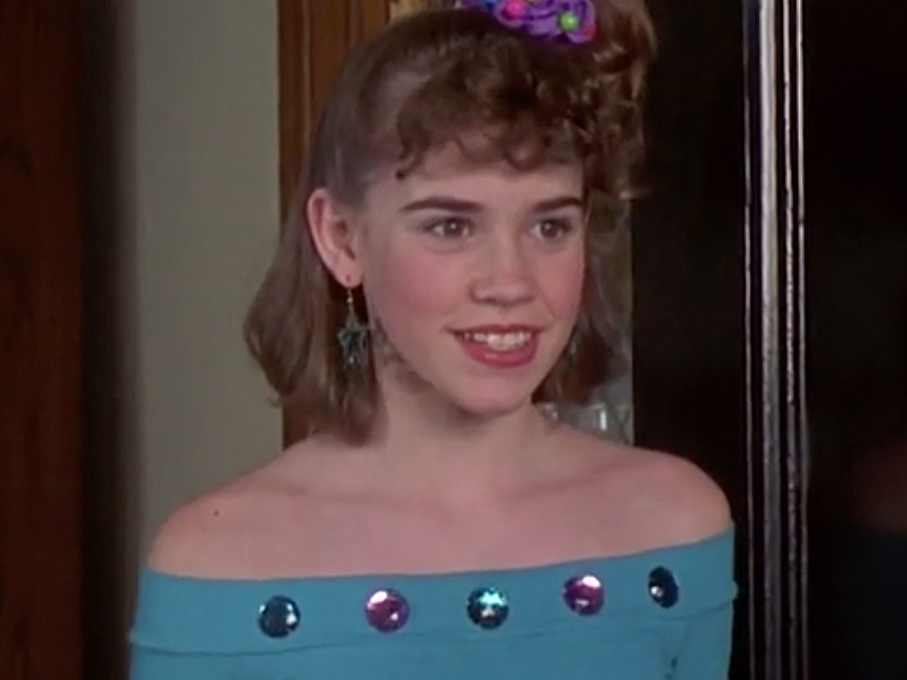 Sony PicturesChrista B. Allen as Jenna Rink in ’13 Going on 30.’

In high school, she wanted to “be cool,” fit in with the popular girls, and look like the models in Poise magazine.

In recent years, Allen has starred in TV movies like “When Vows Break” and “The Queen of Sin.” Willy Sanjuan/Invision/APChrista B. Allen’s first acting role ever was in ’13 Going on 30.’

She also played Charlotte Grayson on “Revenge” and had a recurring role on the comedy “Baby Daddy.”

More recently, the actress appeared on shows like “Code Black” and “Grand Hotel.”

Allen recreated her “13 Going on 30” character’s 13th birthday look in a TikTok video posted in September 2020. 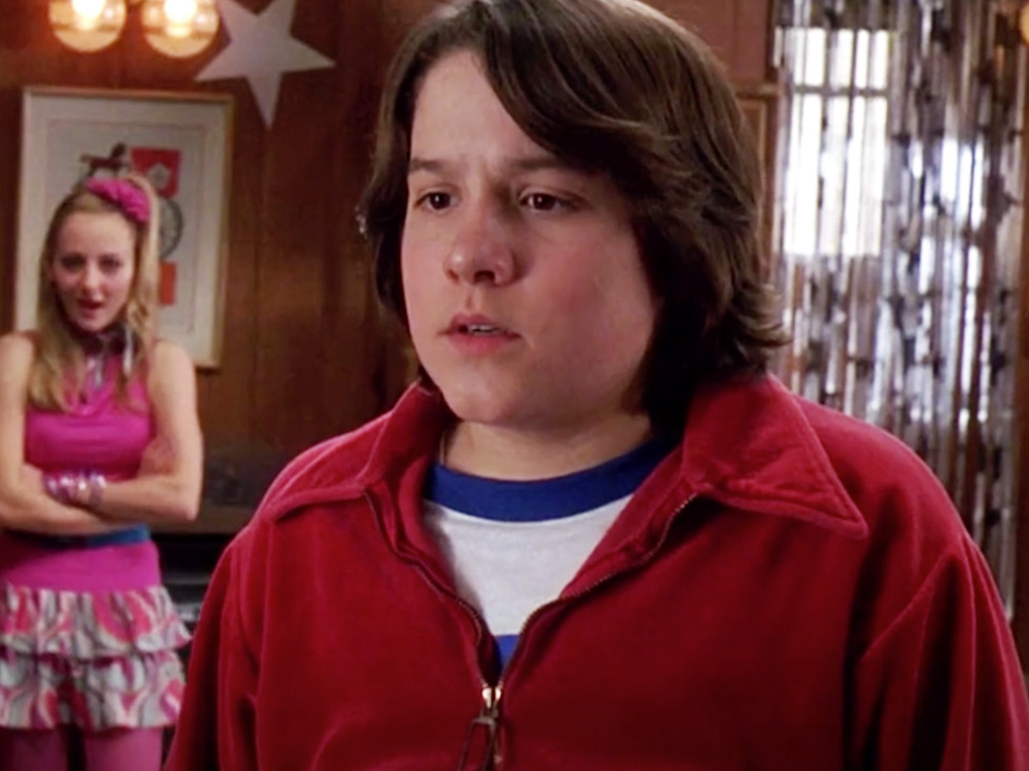 He was Jenna’s next door neighbour and always carried a camera around.

You may recognise Marquette for his role as Johnny Atkins on ABC’s “The Goldbergs.” 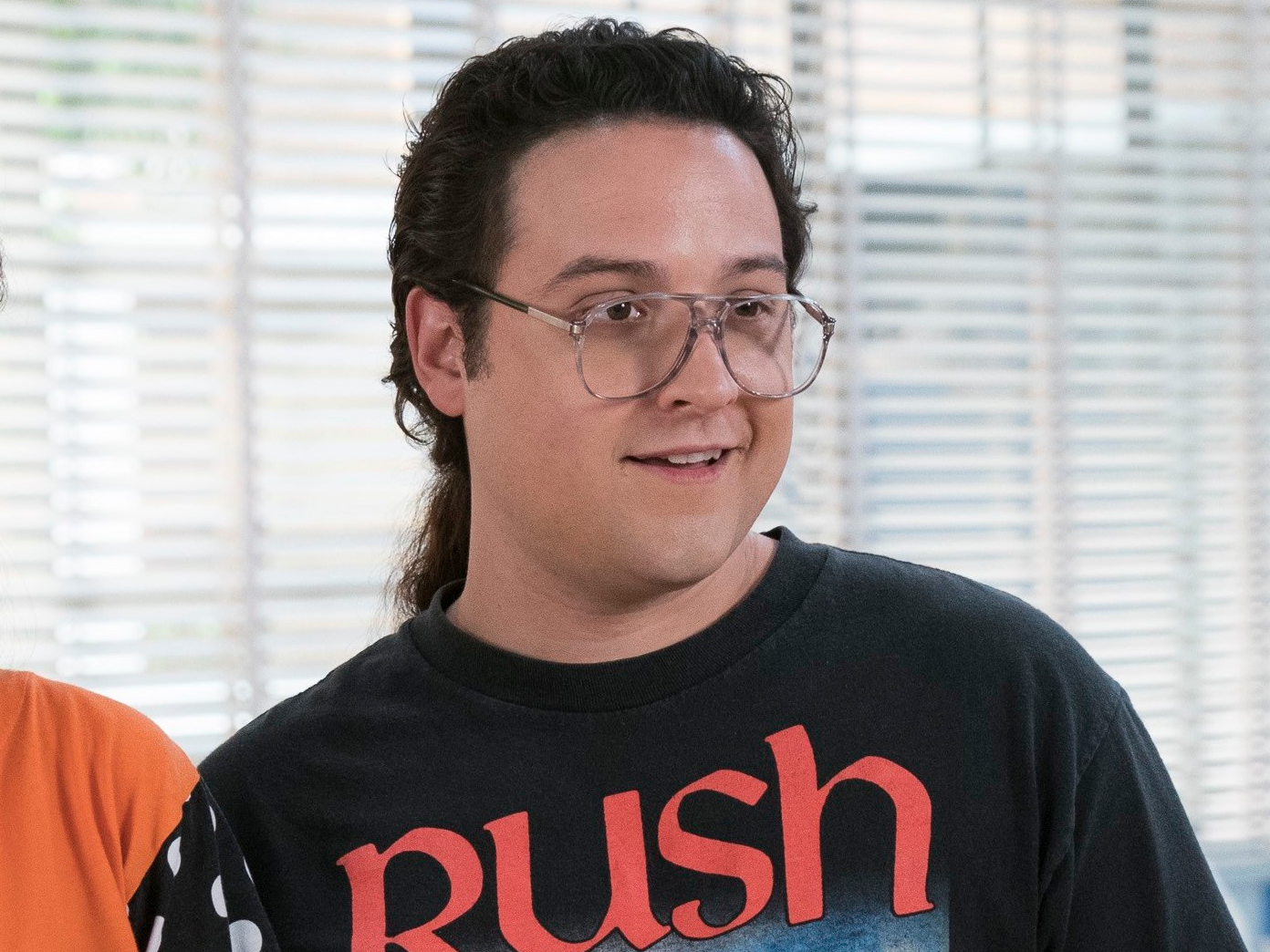 ABCSean Marquette on ‘The Goldbergs.’

Marquette has also appeared on the “Goldbergs” spin-off called “Schooled.” In addition, he’s guest-starred on shows like “Bones,” “NCIS,” and “CSI: NY.” 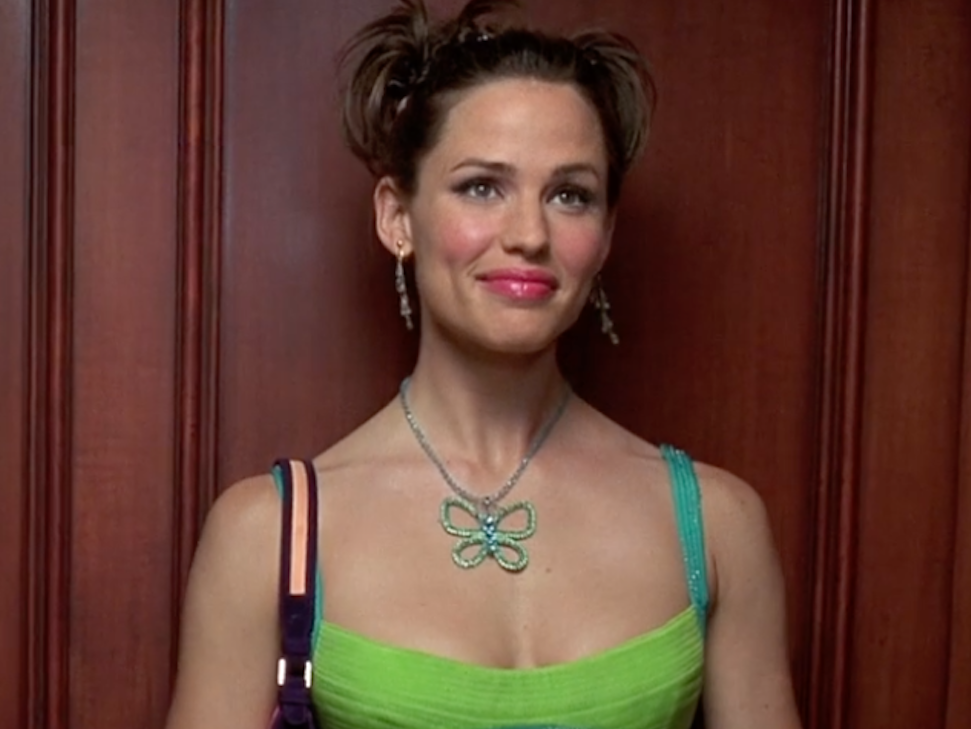 Sony PicturesJennifer Garner as Jenna Rink in ’13 Going on 30.’

At a party, she got everyone on the dance floor to perform the iconic choreography from Michael Jackson’s “Thriller” music video.

Garner is now the cofounder of an organic company, an award-winning actress, and a mother of three. 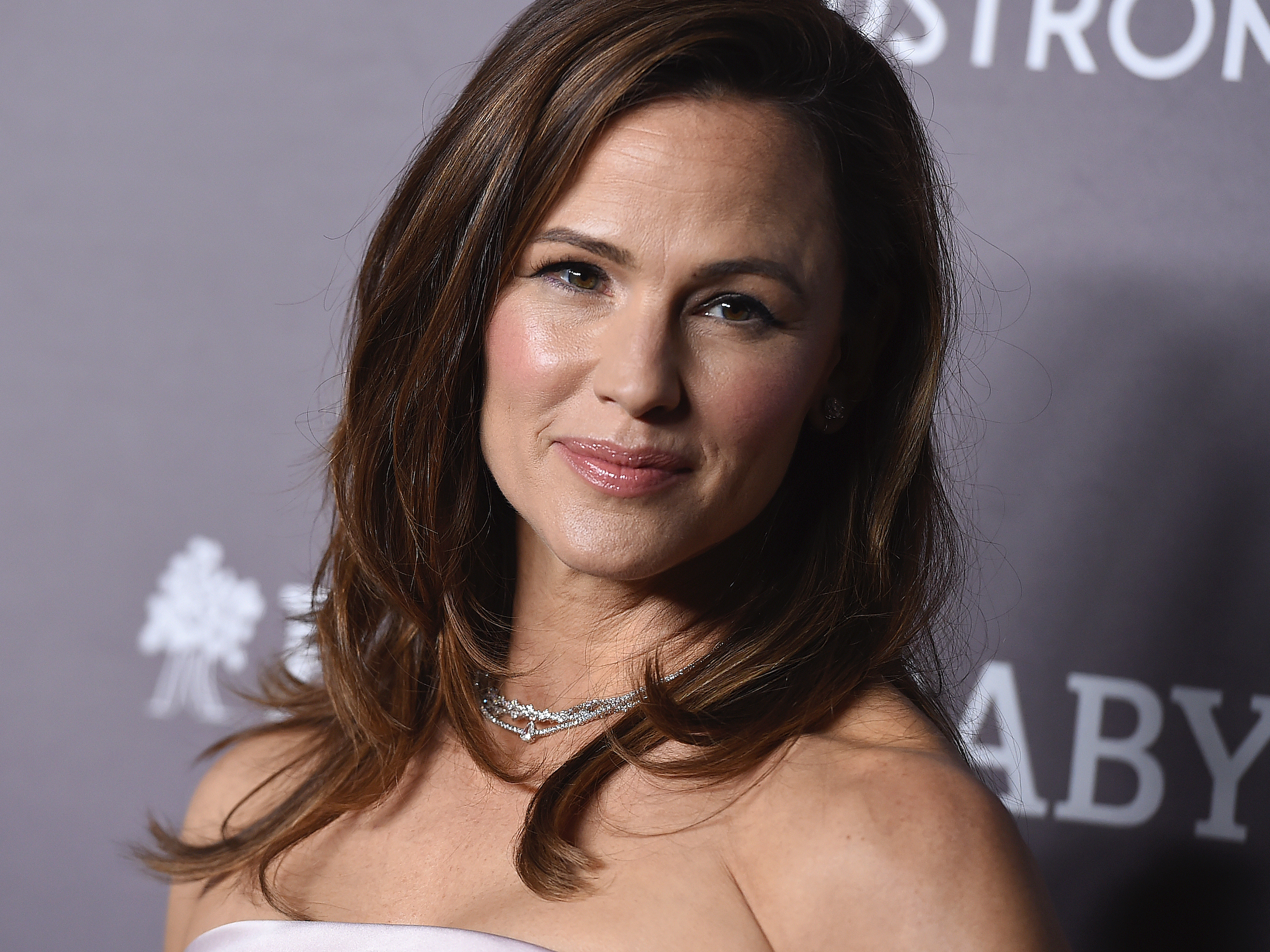 She portrayed Elektra in the 2005 “Daredevil” movie, which starred Ben Affleck (who she was previously married to and welcomed kids Violet, Seraphina, and Samuel with).

For her role as Sydney Bristow on “Alias,” Garner won a Golden Globe and a SAG award.

Garner has starred in rom-coms like “Valentine’s Day” and “Ghosts of Girlfriends Past.” But she’s also showed her more serious side in movies like “Dallas Buyers Club.” You may have seen her in the 2018 coming-of-age movie “Love, Simon,” and the HBO series “Camping.”

In addition, she voiced the titular character on the animated Netflix series “Llama Llama,” which is based on a popular book series of the same name. Next, she’ll produce and star alongside “You” actress Jenna Ortega in a new Netflix film called “Yes Day.”

Acting aside, Garner is the cofounder and chief brand officer of Once Upon a Farm, which creates child-friendly products that are made using organic ingredients, minus fillers and concentrates.

When she’s not working, Garner shares videos of herself cooking and photos of her costars on her Instagram, which has more than nine million followers.

During an interview on ABC’s “Good Morning America,” the actress said that she has fond memories working on “13 Going on 30,” but doesn’t think the movie needs a reboot.

Mark Ruffalo starred as the grown-up version of Matt. 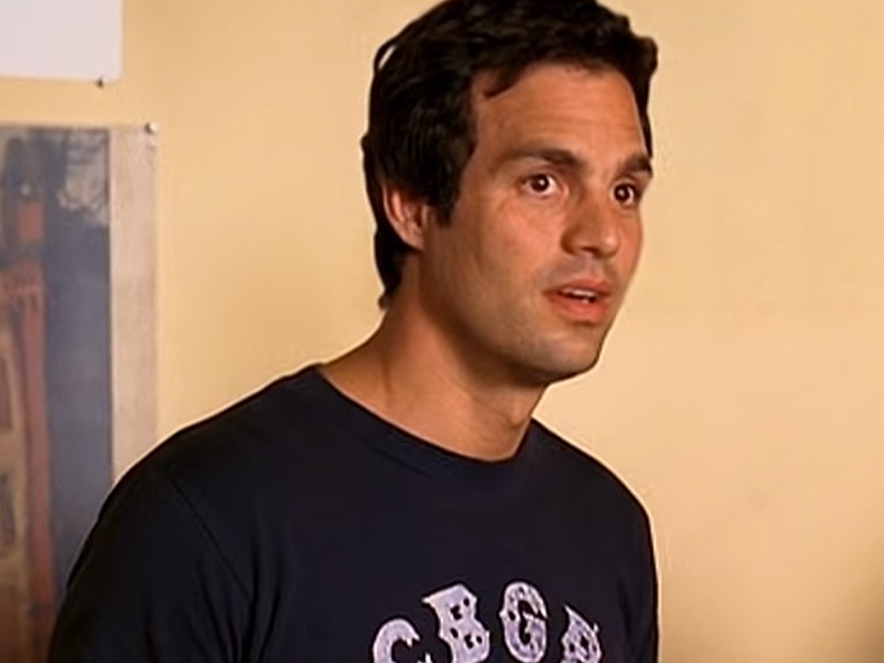 He and Jenna drifted apart after graduating from high school, but they reconnected when she reached out to him after waking up as an adult.

Ruffalo is a global star thanks to his role as Avenger Bruce Banner in the Marvel Cinematic Universe. 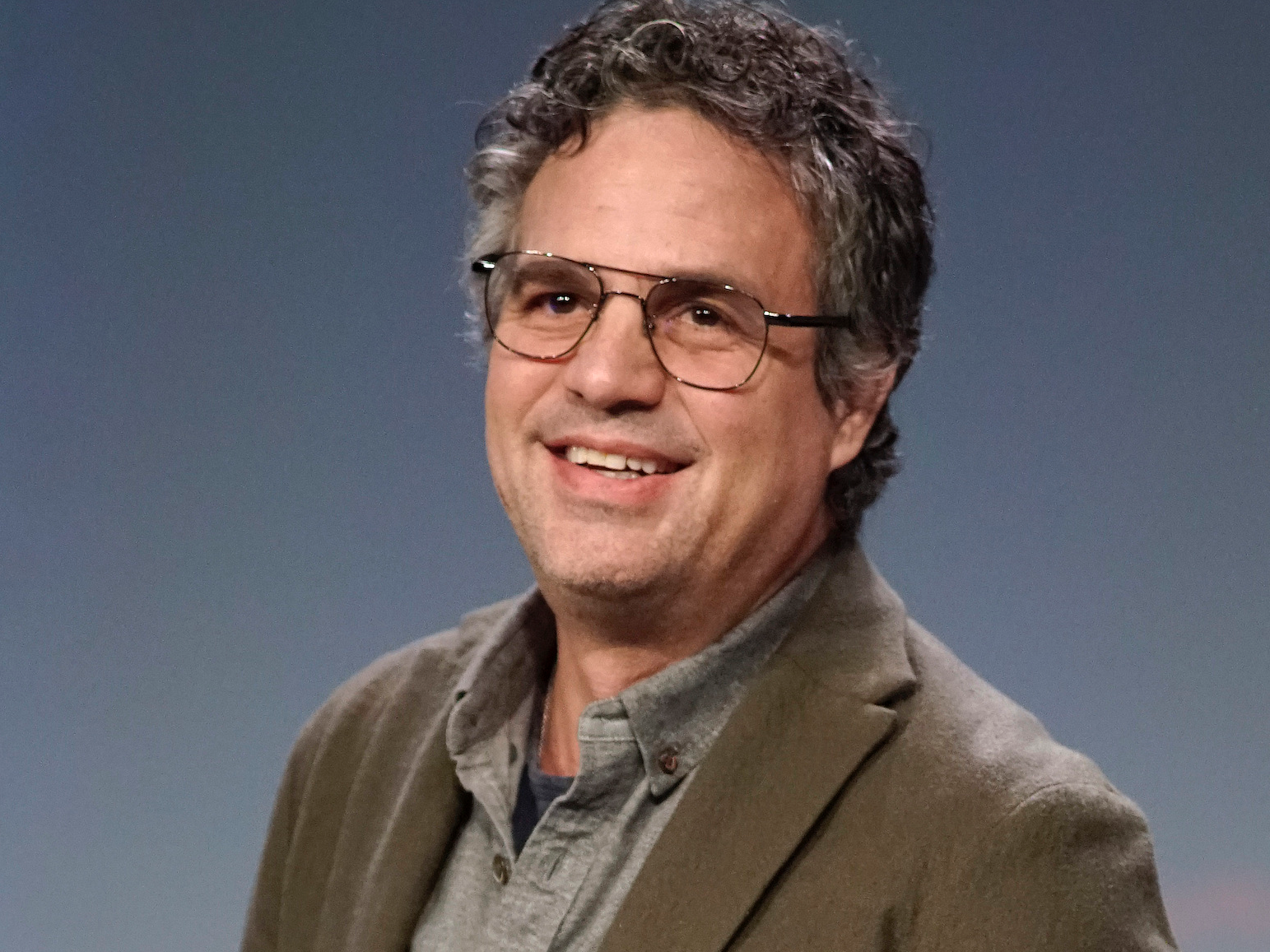 Scott Roth/Invision for Producers Guild of America/APMark Ruffalo is part of the Marvel Cinematic Universe.

“We were making this really sweet movie that had a great message for young girls,” Mark Ruffalo said of “13 Going on 30” during an interview with “Entertainment Tonight.” “We were all sort of coming into our own in that moment. We really loved that story, and Jen was just transformed into a 13-year-old girl. It was really amazing.”

After “13 Going on 30,” Ruffalo starred in movies such as “Rumour Has It…” and “Now You See Me,” but he really hit his stride as The Hulk. Since 2012, the actor has portrayed the green superhero on the big screen, and he most recently reprised the role in “Avengers: Endgame.”

In his 2019 film “Dark Waters,” Ruffalo played a defence attorney tackling a lawsuit against a chemical company. More recently, the actor will play twin brothers on the HBO miniseries called “I Know This Much Is True.”

Outside of acting, Ruffalo is passionate about politics and using his social media accounts to spread awareness about issues like climate change.

Ruffalo has also earned a reputation as one of the worst secret-keepers in the MCU because of his loose lips. His habit of spoiling plot details in the Marvel movies is rivaled by costar Tom Holland. 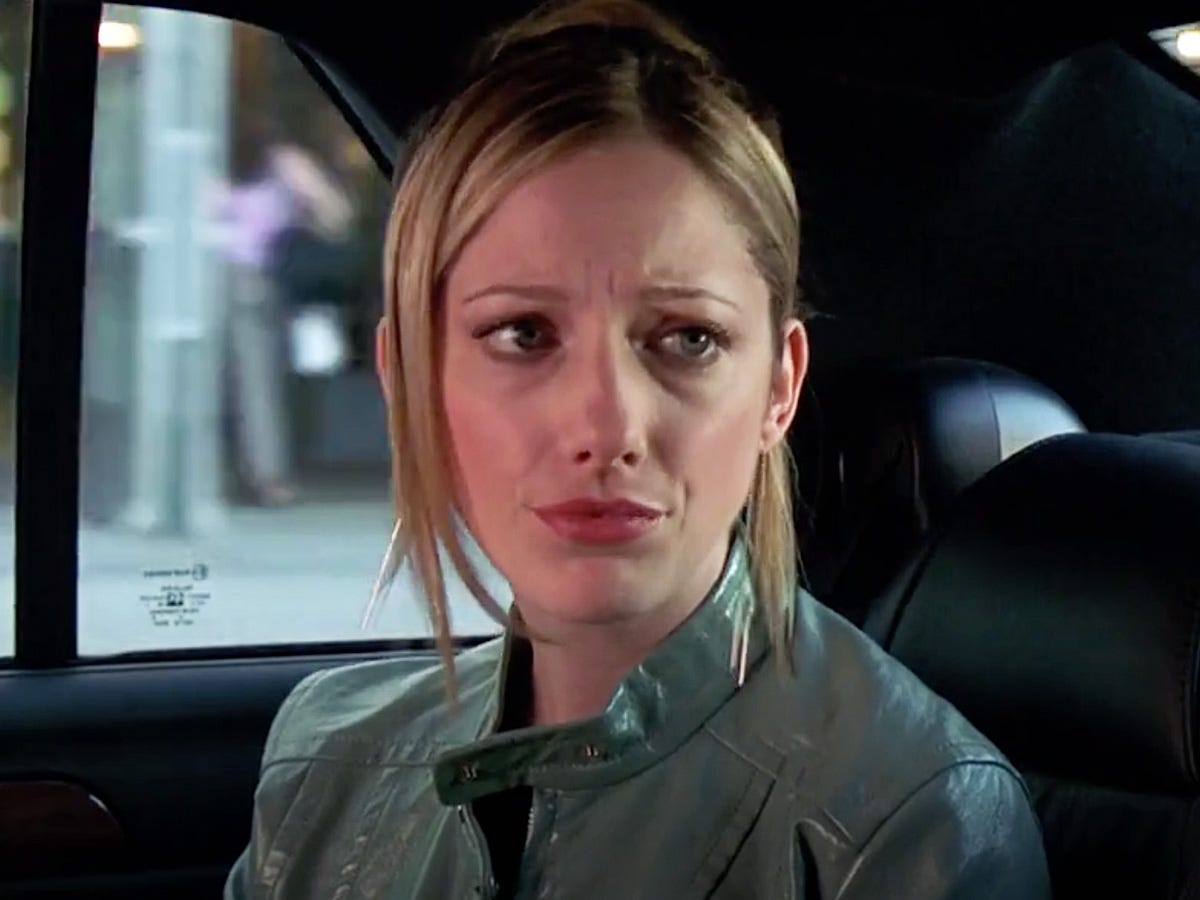 Sony PicturesJudy Greer as Lucy Wyman in ’13 Going on 30.’

She and Jenna were friends in high school. But later, Jenna realised that Lucy wasn’t genuine. 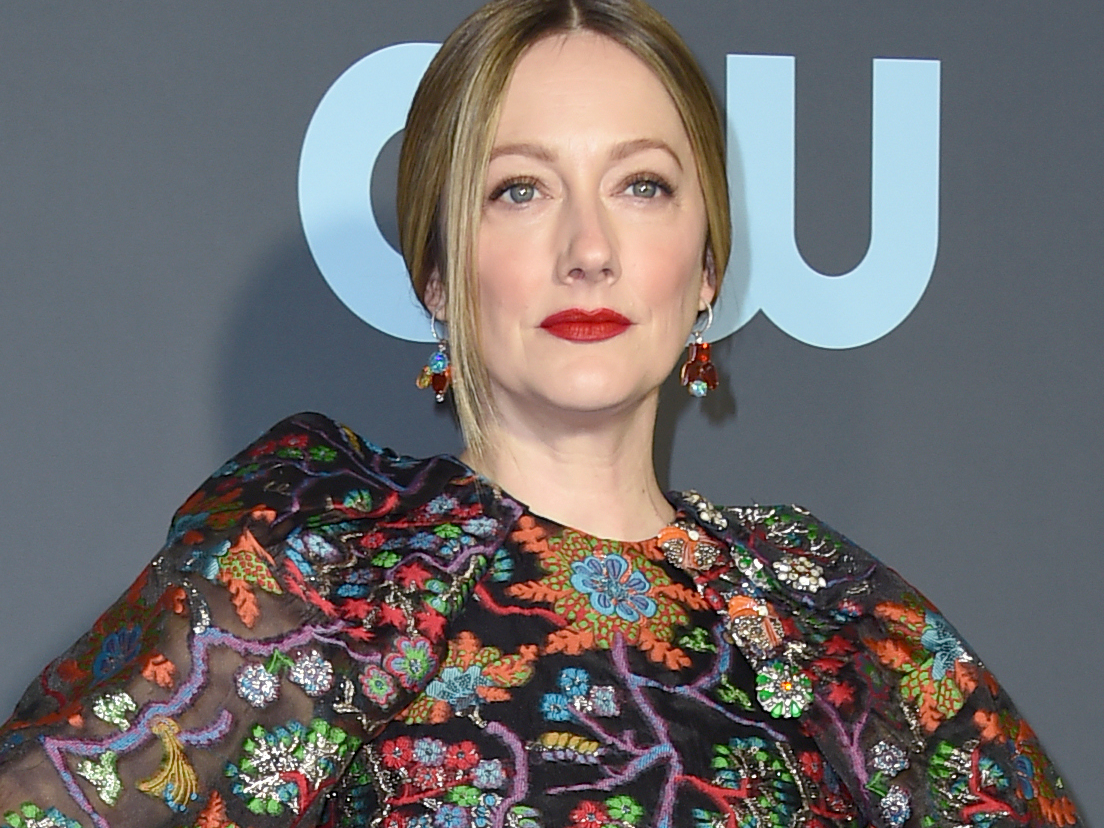 Greer’s other TV credits include “Californication,” “Two and a Half Men,” and “American Dad!” “Arrested Development.”

Like Ruffalo, Greer is part of the MCU. She portrays Maggie, Scott Lang’s ex-wife, and was last seen in “Ant-Man and the Wasp.”

During an appearance on NBC’s “Today” show, Greer said that it was “really hard” to learn the “Thriller” dance for “13 Going on 30.” They rehearsed for about a day, but now Greer can’t recall how to do most of the moves. 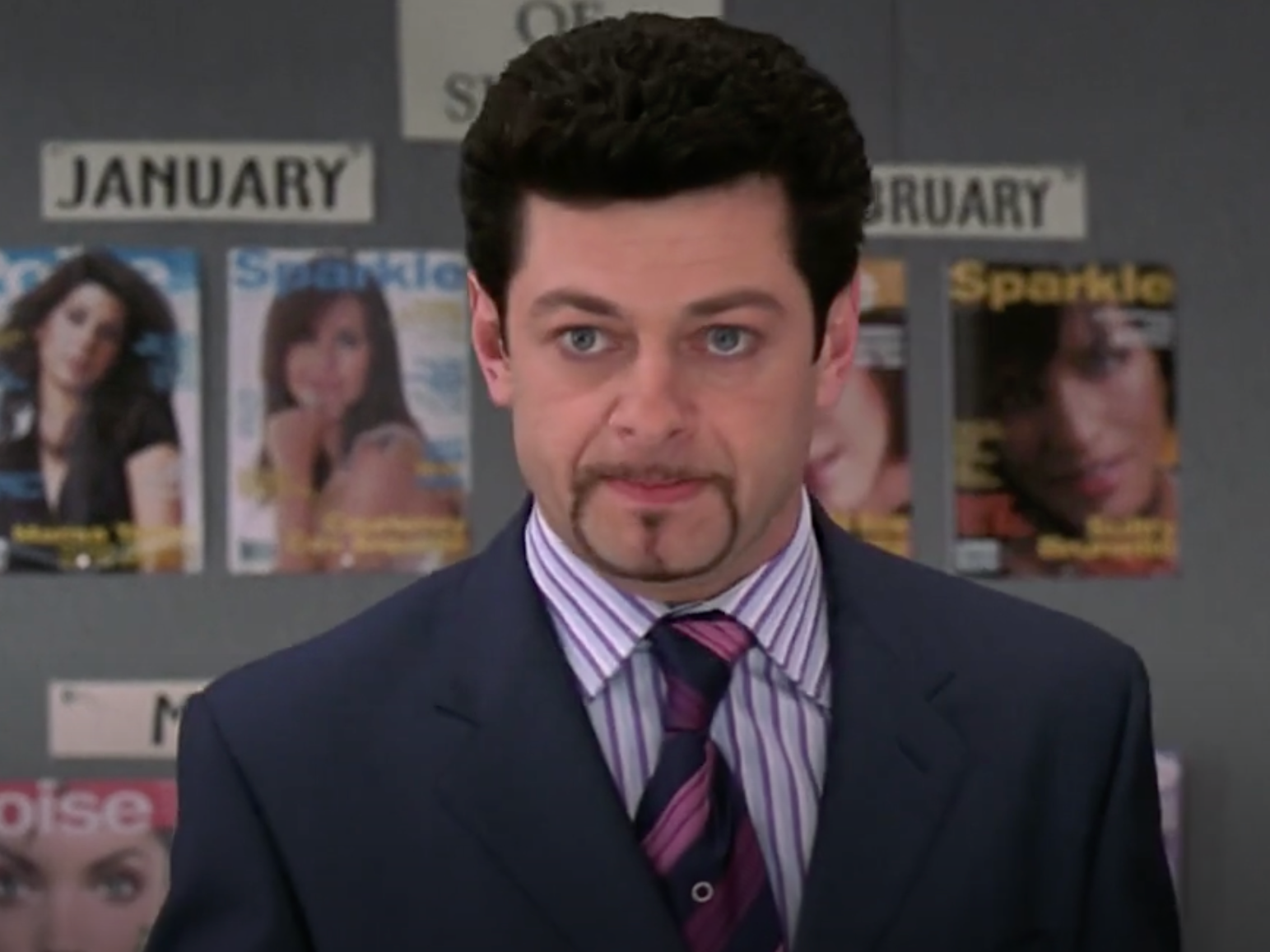 Sony PicturesAndy Serkis as Richard Kneeland in ’13 Going on 30.’ 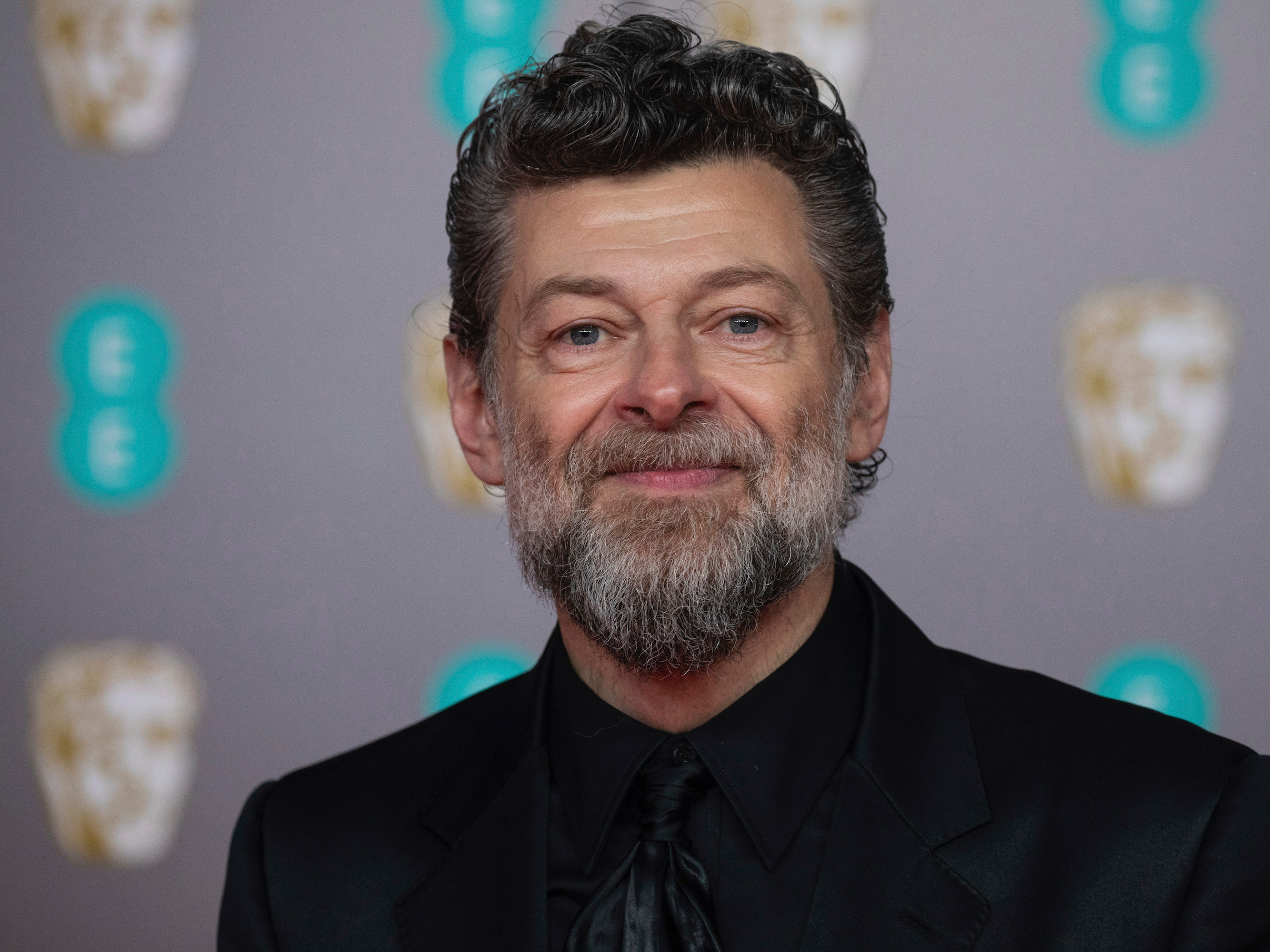 Jordan Strauss/Invision/APAndy Serkis played Gollum in the ‘Lord of the Rings’ movies.

Over the years, Serkis has appeared in franchises like “Star Wars” and “Lord of the Rings.”

He played the villain, Ulysses Klaue, in “Black Panther” and also voiced Baloo in the 2018 adaptation of “The Jungle Book” called “Mowgli: Legend of the Jungle.”

In addition, Serkis directed “Mowgli: Legend of the Jungle” and will direct the upcoming “Venom” sequel.

Brie Larson had a minor role as one of the Six Chicks. 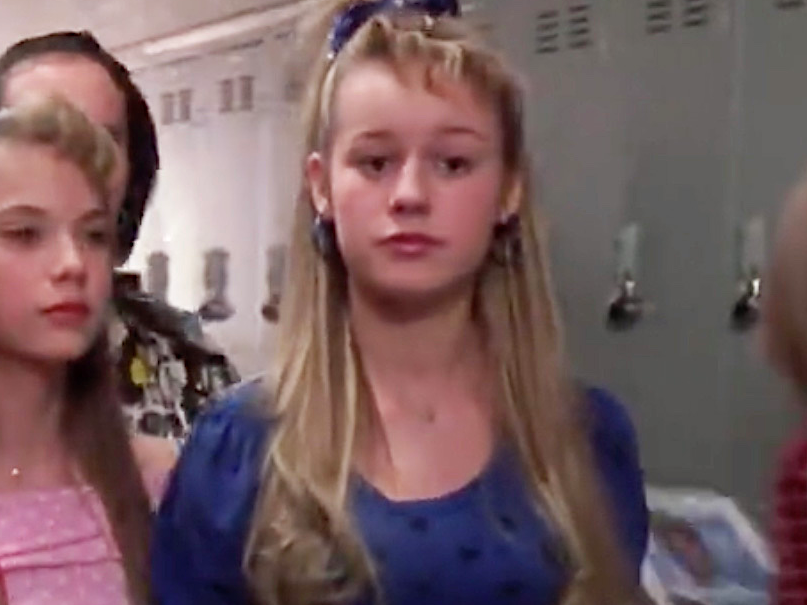 Matt called the Six Chicks “clones” because they all acted the same.

Larson made her MCU debut as the titular superhero of “Captain Marvel.” 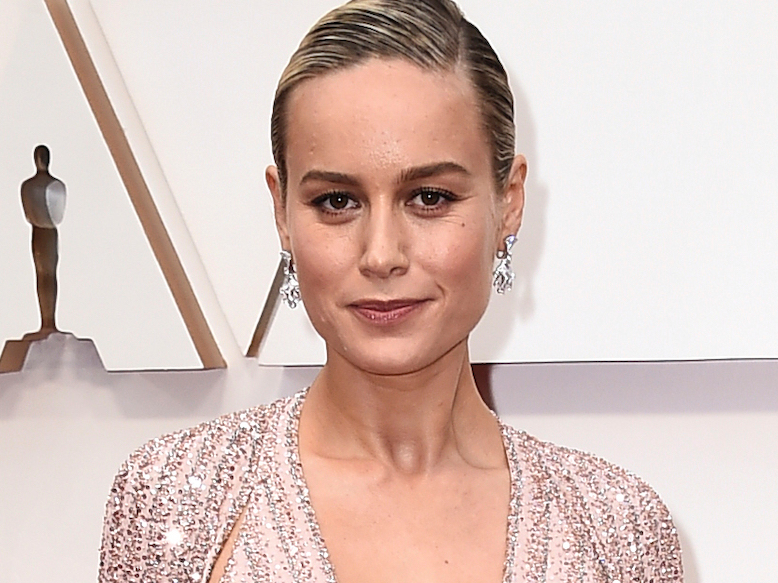 Evan Agostini/Invision/APBrie Larson is part of the Marvel Cinematic Universe.

You might have forgotten, but Larson actually had a career as a singer. When she was 16 years old, she released her debut album titled “Finally Out of P.E.”

She went on to appear in “Scott Pilgrim vs. the World,” “21 Jump Street,” and “Community.” Larson’s performance as Ma in the 2015 movie “Room” also led to an Oscar win.

In March 2019, Larson made her first appearance as Captain Marvel. The film was praised by fans and crossed the billion-dollar mark for global box office sales. She reprised her role as Carol Danvers in “Avengers: Endgame” and will star in a “Captain Marvel” sequel. 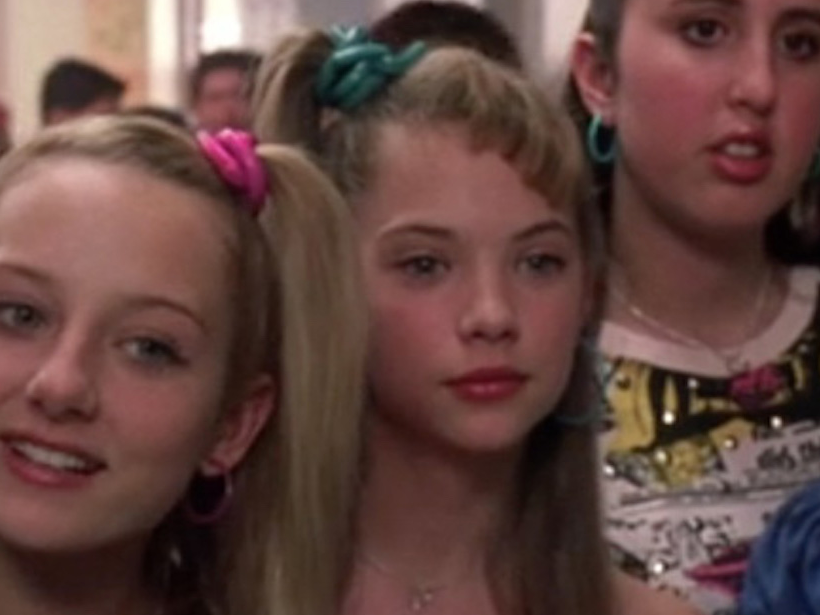 Sony PicturesAshley Benson in ’13 Going on 30.’

The girls convinced Jenna to do their homework for them. In exchange, they showed up to her 13th birthday party.

Benson’s role as Hanna Marin on “Pretty Little Liars” turned her into a star. 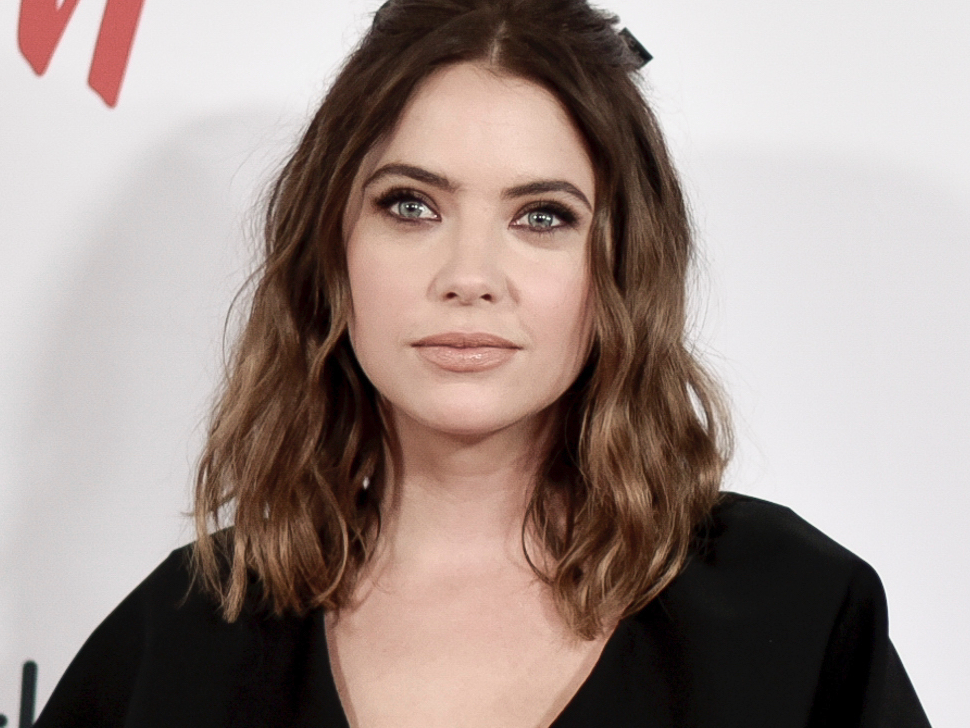 She’s guest-starred on shows like “Family Guy,” “How I Met Your Mother,” and “Supernatural. Benson recently alongside “The Handmaid’s Tale” actress Elisabeth Moss in the film “Her Smell.”