12 Reasons Why The US Recession Has Already Arrived

I am amused by the Shadow Weekly Leading Index Project which claims the probability of recession is 31%. I think it is much higher.

When the NBER, the official arbiter of recessions finally backdates the recession, May or June of 2012 appear to be likely months. Let’s take a look at why. 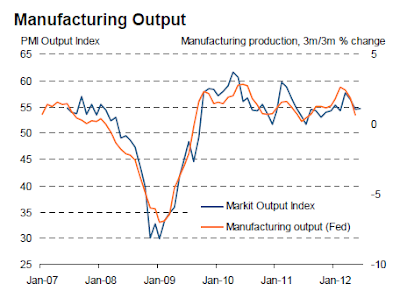 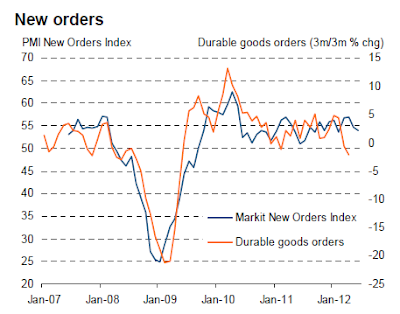 Those numbers do not look good but they are hardly disastrous. Here are some numbers that are disastrous.

For the second consecutive the Philly Fed Survey has been solidly in the red. 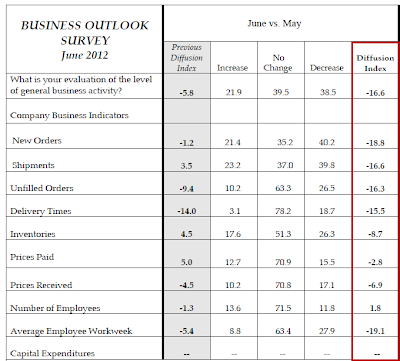 Those numbers are nothing short of a disaster.

The survey’s broadest measure of manufacturing conditions, the diffusion index of current activity, fell from a reading of ‐5.8 in May to ‐16.6, its second consecutive negative reading. Nearly 40 per cent of the firms reported declines in activity this month, exceeding the 22 per cent that reported increases in activity. 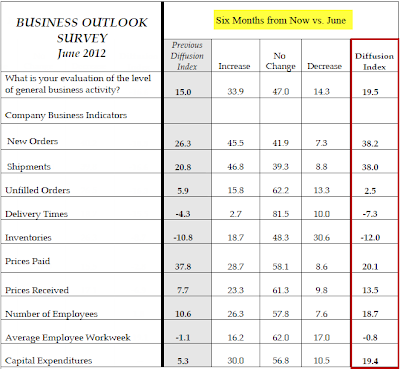 Note the misguided optimism about six months from now. It’s not going to happen.

Deficit spending has carried this “recovery” further than I thought it would, but the party is now over.

It will be difficult if not impossible to overcome the above set of circumstances regardless of what anyone feels about economic back-tested recession probabilities.

The Tax Foundation reports that because of higher federal income and corporate tax collections, Tax Freedom Day came four days later this year than last. And the bad news is that unless Washington takes action, it will take working Americans 11 more days to meet next year’s tax burden.

That’s all due to Taxmageddon — a slew of expiring tax cuts and new tax increases that will hit Americans on January 1, 2013, amounting to a $494 billion tax hike. Heritage’s Curtis Dubay reports that American households can expect to face an average tax increase of $3,800 and that 70 per cent of Taxmageddon’s impact will fall directly on low-income and middle-income families, leaving them with $346 billion less to spend.

Taxes Will Go Through the Roof

PolicyMic reports When the Payroll Tax Holiday Ends in 2013, Taxes Will Go Through the Roof

Without significant tax code changes, in 2013, America is scheduled to get hit with what would be the largest tax increase in our history.

That hike will cost the majority of filers an additional $435.

For those eligible for child care tax credits that deduction will drop from $1,000 to $500. The marriage penalty will roar back into effect. The AMT, alternative minimum tax, will finally kick in.

Roll those changes up and a family filing as married with two children making $50,000, will see their taxes increase by basically $2,700.

Regardless of whether or not you feel taxes need to be raised, a big set of tax hikes is scheduled to happen.

To be sure, some of those hikes will be undone in compromises,  but many if not most will sneak through.

Who is to blame for Taxmageddon?

Republican are to blame. They accepted this silly deal instead of a far better one that Obama would actually have signed.

But No! Republicans insisted on no tax hikes at all in 2012, putting everything off until after the election, believing Romney would win in a cake-walk.

However, if President Obama wins, certainly not at all an unlikely possibility, he is going to drive a much harder bargain this go around.

Regardless of tax consequences, the US is headed for recession, if not already in one. 2013 rates to be a disaster regardless who wins.