10 resumes that got worldwide attention

Alice Lee has interned at Path, Foursquare and Microsoft, and she made a commotion when she applied to Instagram. Photo: Quora

When the job market is tough, candidates need to try even harder to stand out.A few job seekers who are talented web developers, designers, videographers and writers have created such impressive resumes and cover letters, their job applications have gone viral.

The following applications have gotten people jobs at big tech companies and at Wall Street firms, and their CVs have been viewed a few million times on the web.

Philippe Dubost is a web product manager who really wants to work for Amazon. He built a website that looks like a product page complete with a shopping cart and ads. It was tweeted by Yahoo Finance, Y Combinator and nearly 300 others.

This person turned his resume into a chocolate bar and was hired. His chocolate resume was picked up on Reddit and viewed more than 1 million times. 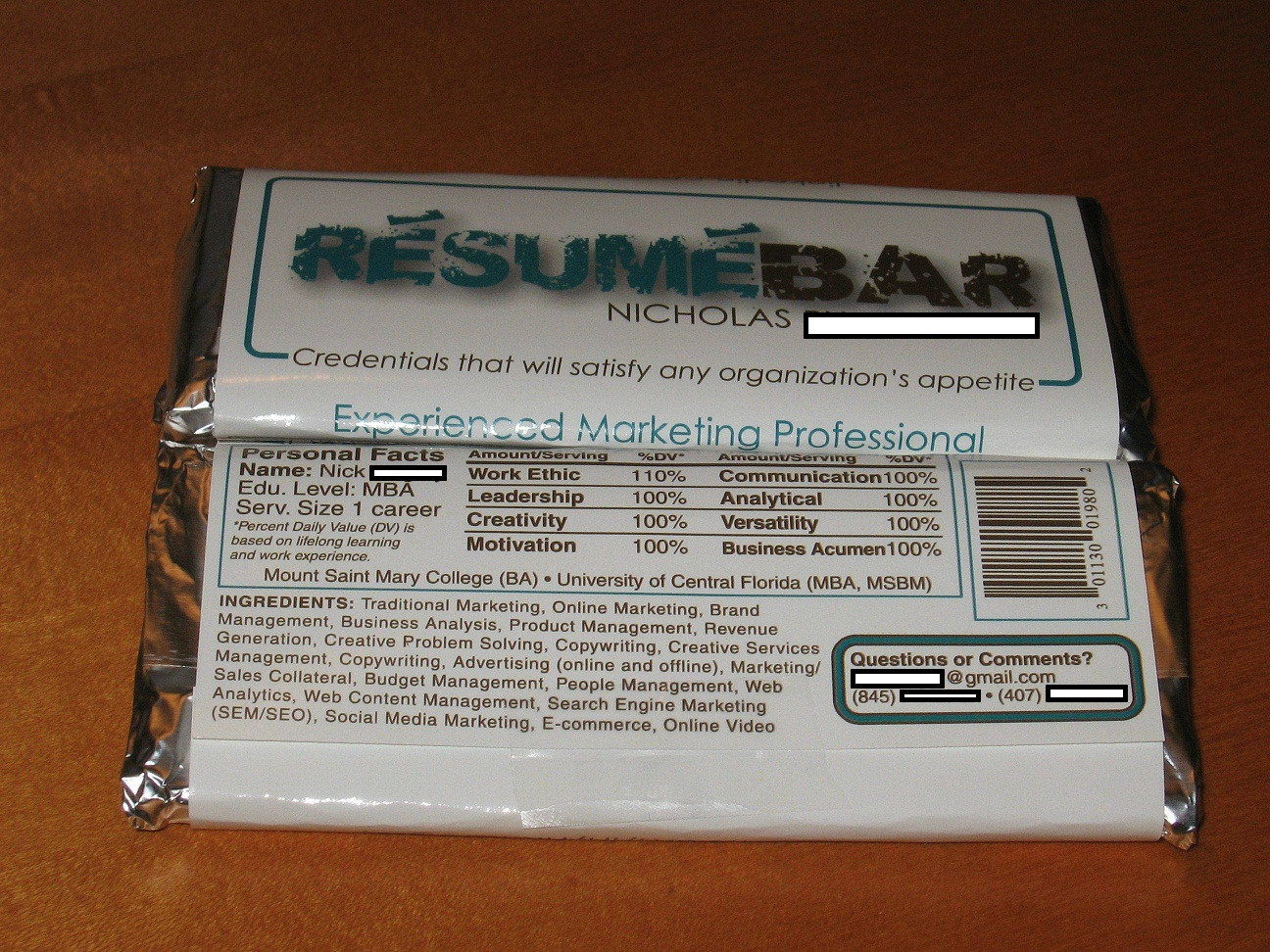 Alice Lee skipped four classes at UPenn to create a website/resume for Instagram, DearInstagram.byAliceLee.com. It didn't get her hired, but she did speak with founder Kevin Systrom on the phone; she ended up landing an internship with Path. Business Insider, The Atlantic and The Next Web wrote about it.

Journalist Dawn Siff created what's likely the first-ever resume on Vine, the new video startup Twitter recently acquired. Her message is only 6-seconds long, but it was featured on Mashable. Another student, Mizzou's Chris Spurlock, designed a resume that looked like an infographic with the help of a fellow photojournalism student. It was featured on HuffPo College and tweeted more than 5,300 times. After the post received tens of thousands of pageviews, The Huffington Post hired Spurlock as its Infographic Design Editor. Financial analyst Jordan McDonnell wanted to change careers, but he had trouble getting his foot in the door. So he created a non-resume to show off his creativity. It was viewed about 90,000 times in one week.

This is NOT my resume from Jordan McDonnell