From the Covid-19 panic to the Dutch Tulip mania in 1637, here are 10 of the worst stock market crashes in history 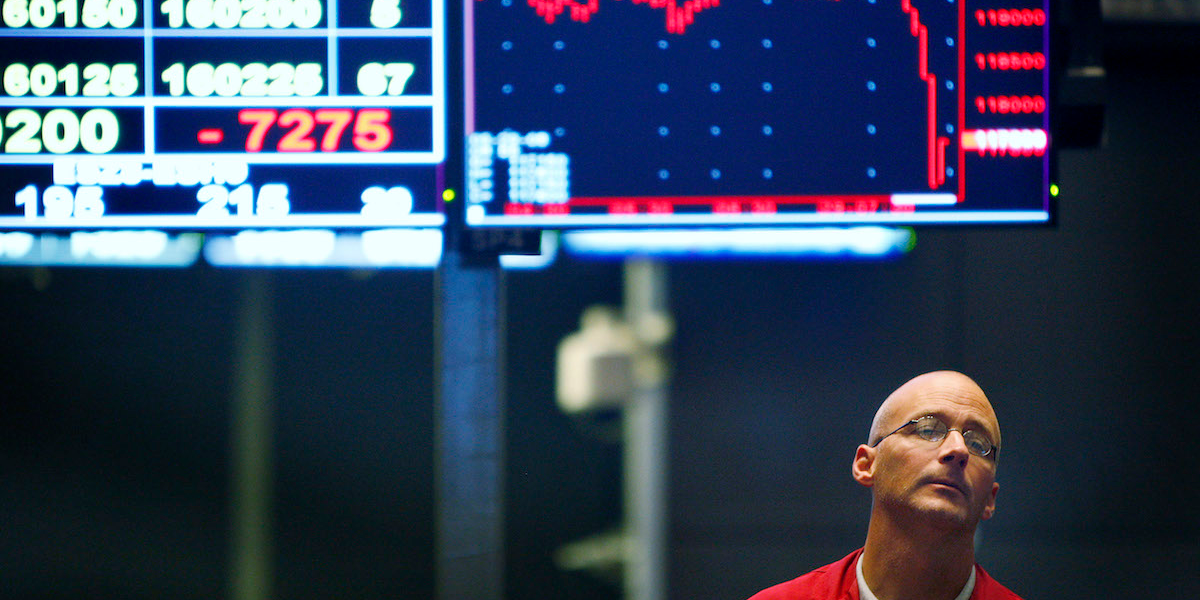 Scott Olson/Getty ImagesCHICAGO – SEPTEMBER 29: Jeff Linforth stands at the Chicago Board of Trade signal offers in the Standard & Poors stock index futures pit near the open of trading September 29, 2008 in Chicago, Illinois. Stocks fell at the open as traders waited for Congress to vote on the $US700 billion plan to rescue troubled financial companies. (Photo by Scott Olson/Getty Images)

The March 2020 market crash – driven by the rapid spread of coronavirus around the world – is just the latest in a long line of panics throughout the hundreds of centuries that have roiled markets, crashed economies, and led to financial ruin for countless people.

Generally driven by investor panic and loss of confidence in the markets, often after a period of excitement and speculation, market panics are features of the financial and economic system around the world.

From the infamous Tulip Panic of the 17th century, to the 2008 financial crisis, Markets Insider decided to round up a handful of the most notable and interesting crashes in market history. Check them out below. 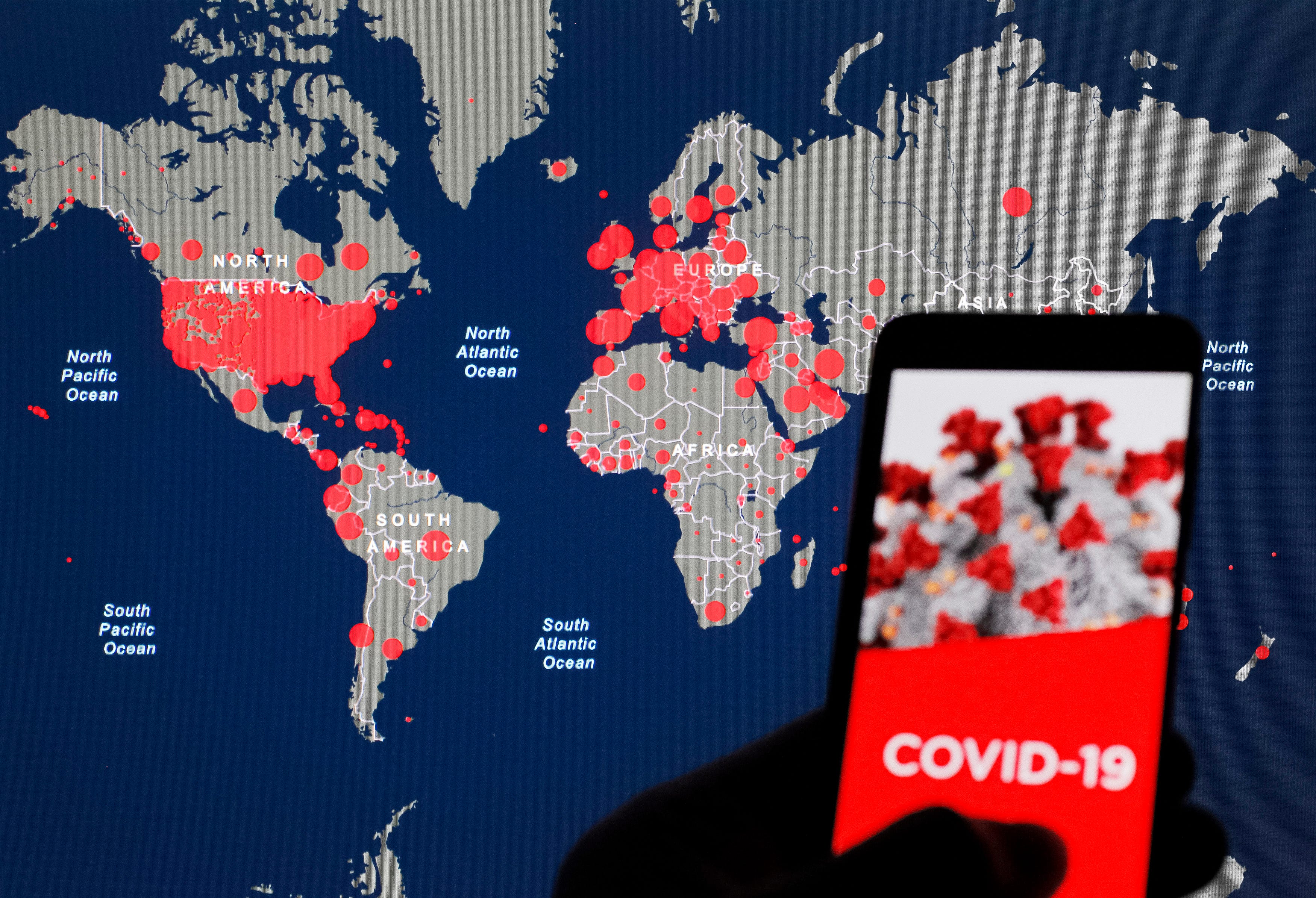 The novel coronavirus outbreak not only led to a global health crisis, but also the most recent global financial recession beginning on February 20.

Although the biggest impact of the crash was initially felt in China, it quickly spread to the rest of the world as the virus spread, forcing lockdowns and plunging economic activity around the globe.

The US officially entered recession, and virtually every other economy around the world is set to follow.

Markets were initially stunned, and on March 16, the S&P 500 reported its steepest drop since 1987 as many businesses were forced to shut down and travel restrictions were set in place. The market’s reaction was sharp but short-lived, and by June, stocks were back to their pre-crash levels. 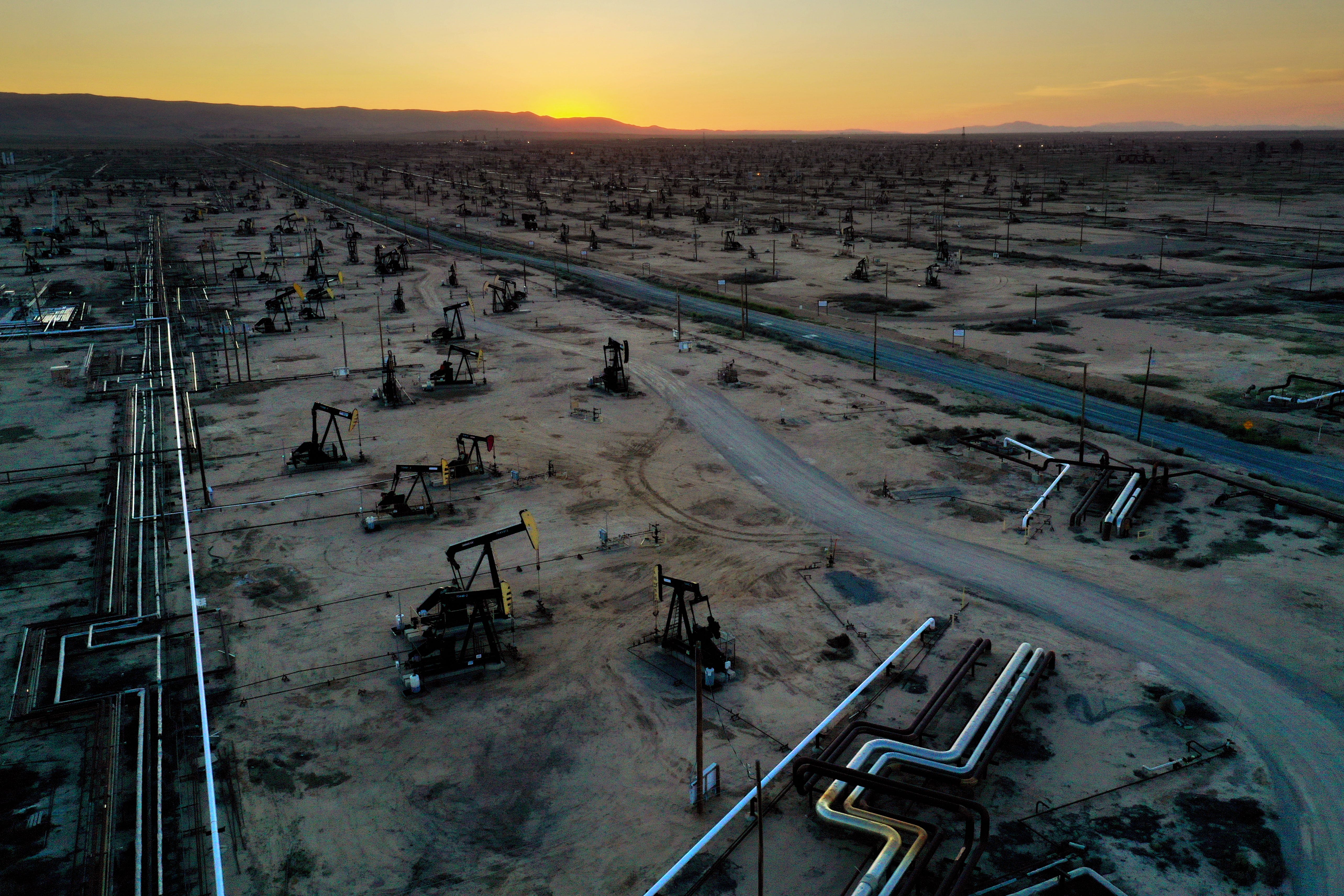 US oil prices went into negative territory for the first time in history on April 20, 2020 as the commodity faced a staggering drop in demand during the coronavirus pandemic as travel virtually ceased.

As the May futures contract for oil expired, many traders were faced with taking delivery of physical oil, so were forced into panic selling, which in turn pushed the commodity below zero.

In March, oil producers cartel OPEC held discussions to reinforce production cuts amongst allies from 2.1 million barrels per day to 3.6 million bpd and to continue this until the end of 2021.

Russia disagreed and a price war was launched by OPEC’s top trading member Saudi Arabia to fight for a greater market share. 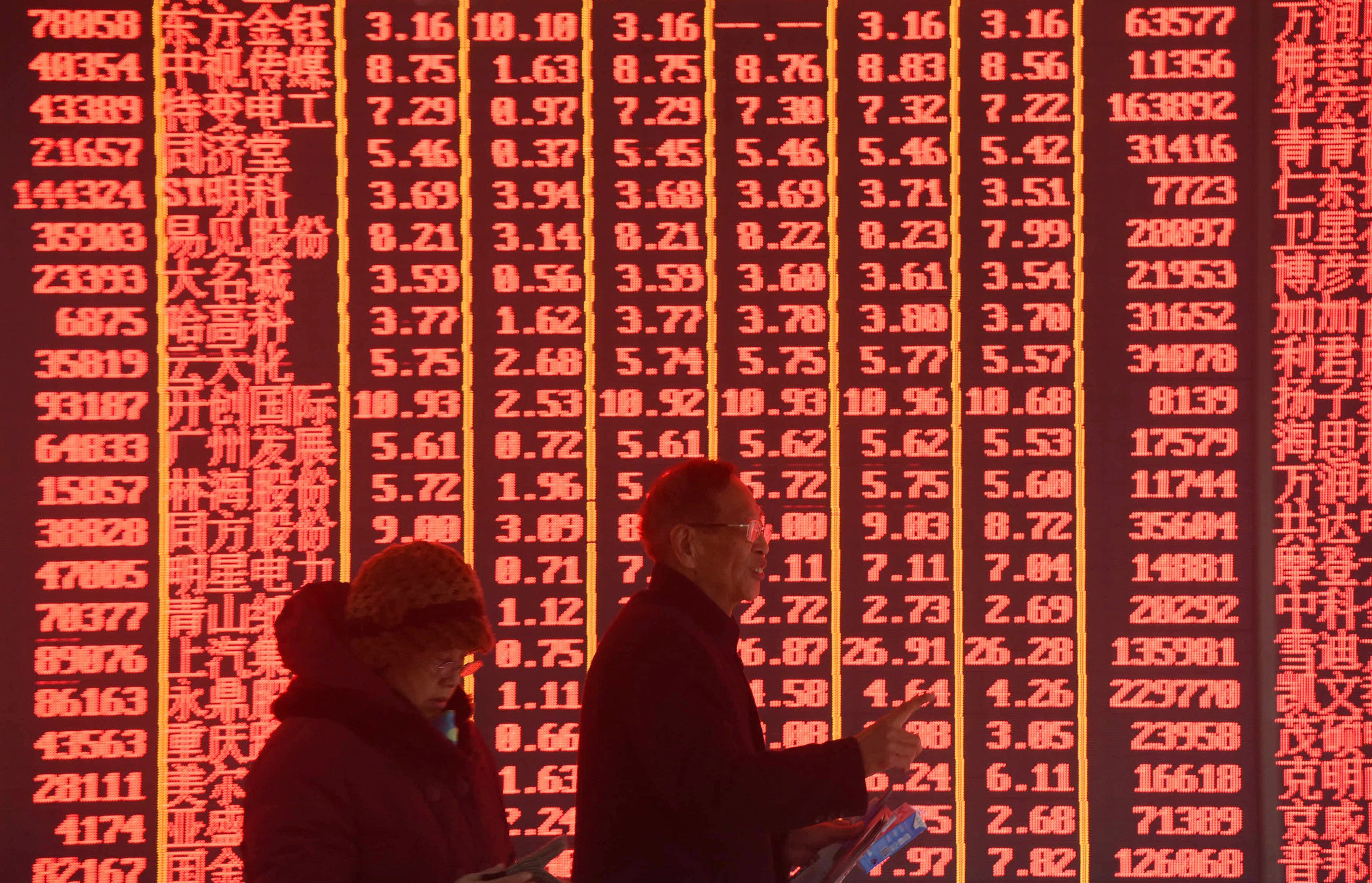 Over three weeks in June 2015, fear of a market seizure and growing financial risks across the country caused chaotic panic selling which erased over $US3 trillion in the value of Mainland shares.

Possible triggers of the market crash include a surprise devaluation in the Chinese yuan and a weakened outlook for China’s growth, which then put pressure on emerging economies that relied on China for growth.

The crash’s worst day was on June 12, when the Shanghai stock index lost about a third of its value, while losses were even more pronounced in the smaller Shenzhen Composite. 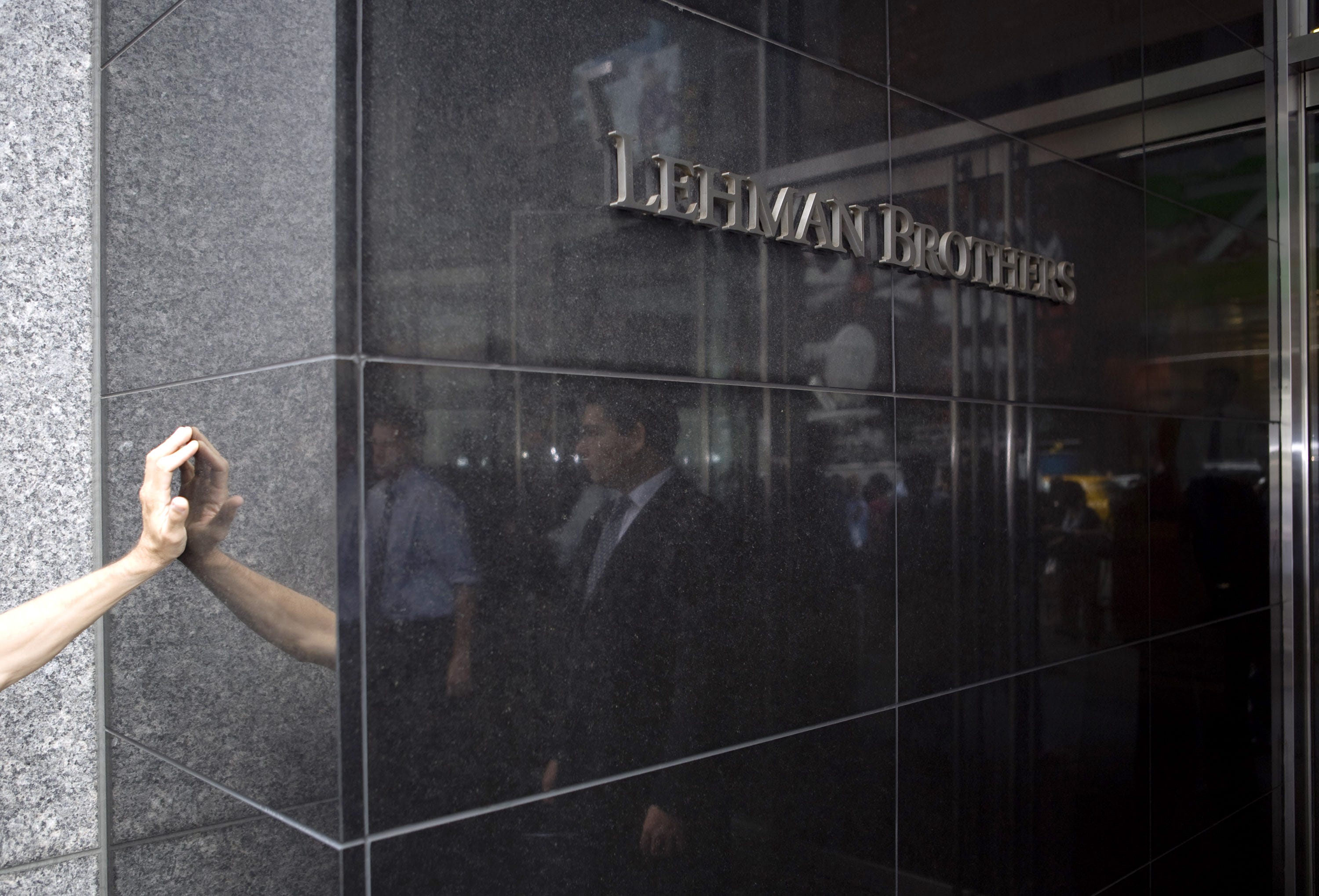 Known to be the worst crash since the Great Depression, the 2008 financial crisis grew out of deregulation in the financial industry that eventually led to the inflation of an enormous housing bubble.

Like all bubbles, it eventually popped, as housing supply overtook demand and house prices fell, making it difficult for homeowners to meet their mortgage obligations, leading to a wave of defaults

The crisis worsened when investment bank Lehman Brothers – which was highly exposed to the sub-prime market – collapsed. Numerous other lenders were bailed out by governments around the world, and markets crashed, before the global economy spiralled into recession. 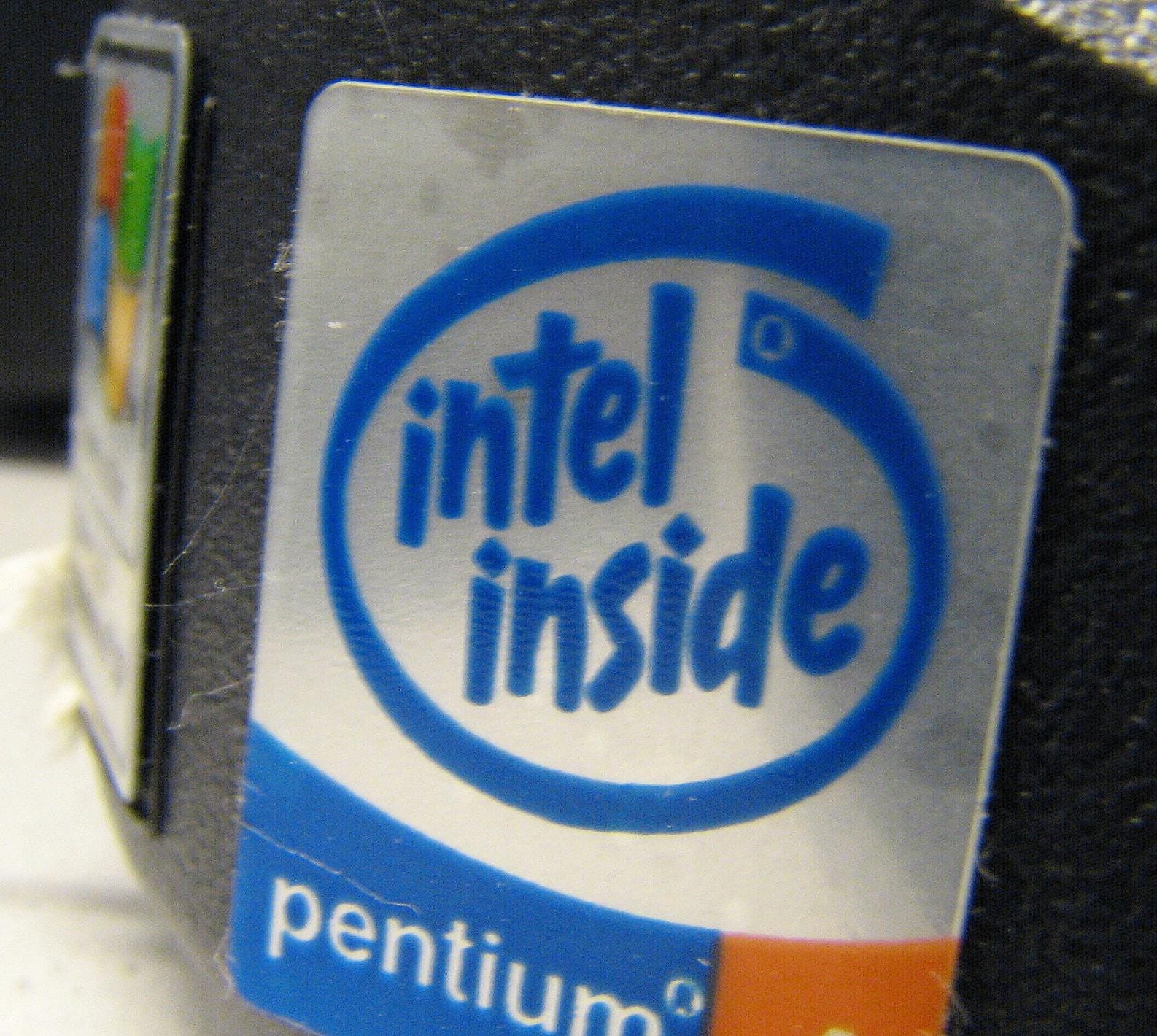 This bubble was fuelled by investments into tech-based companies during a bullish market in the late 1990s.

By the end of 2001, dozens of companies had gone bust, and the share prices of tech giants like Cisco and Intel plunged.

Over $US7 trillion in market value was destroyed, and equities entered a bear market.

It took the tech-heavy Nasdaq fifteen years up to April 23, 2015 to regain its dot-com peak. With its origins in Thailand, a severe financial crisis struck many Asian countries in late 1997.

Foreign investors were worried that Thailand’s debt was rising too rapidly when Bangkok unpegged its currency from the US dollar, and general confidence evaporated.

Indonesia, South Korea, Hong Kong, Laos, Malaysia, and the Philippines were the most affected countries as currency declines spread rapidly across, and they saw a drop in capital inflows of over $US100 billion.

The Asian crisis eventually destabilized the global economy at the end of the 1990s. 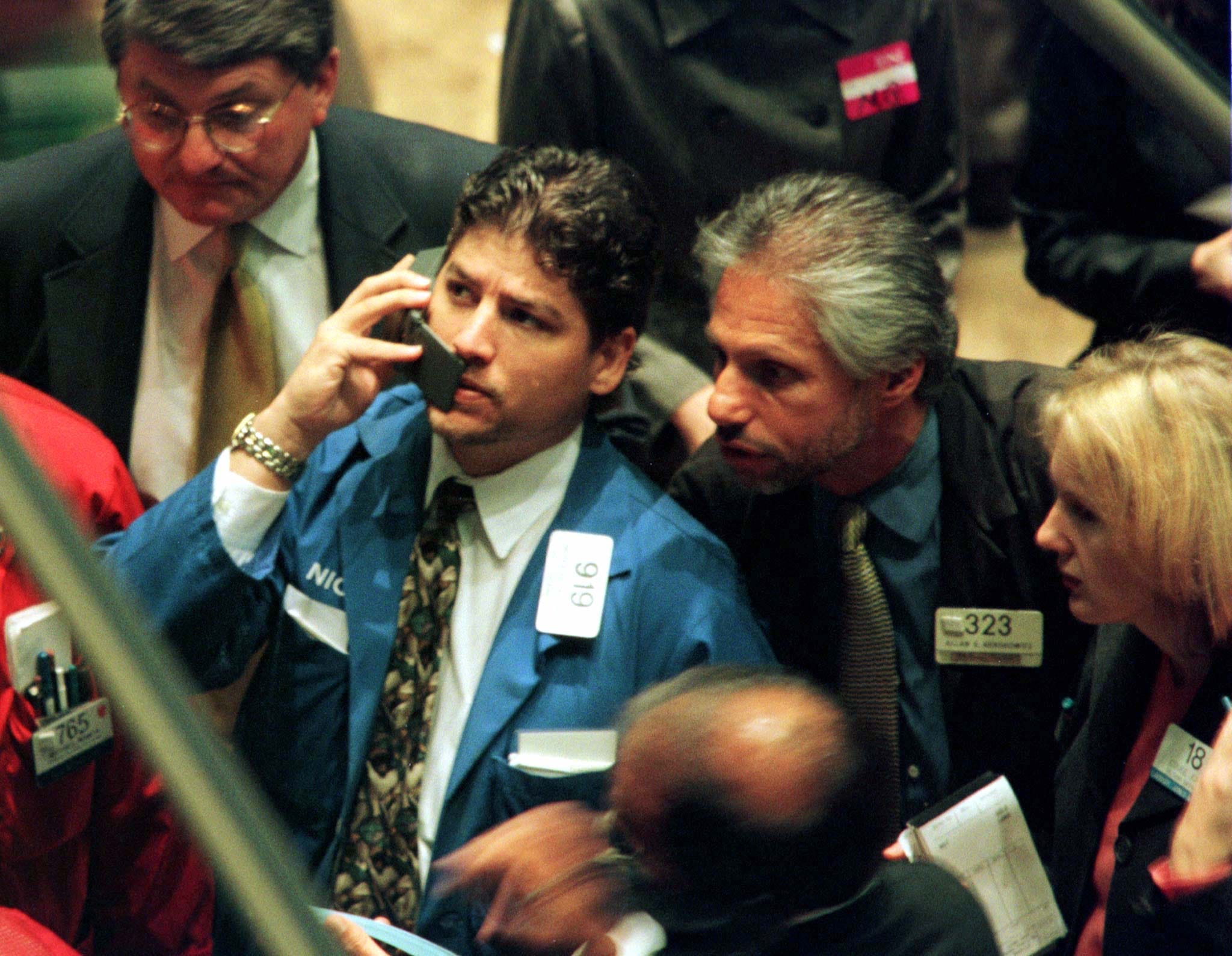 33 years ago, global financial markets witnessed one of their worst days in what came to be known as Black Monday.

The crash began in Asia, gained ground in London, and wound up with the Dow Jones Industrial Average weaker by 22.6% the same day in New York.

It is believed the crash was triggered by a combination of computer-based trading models gone wrong, a fall in oil prices, and rising US-Iran tensions.

But unlike the 1929 market crash, Black Monday did not lead to an economic recession. 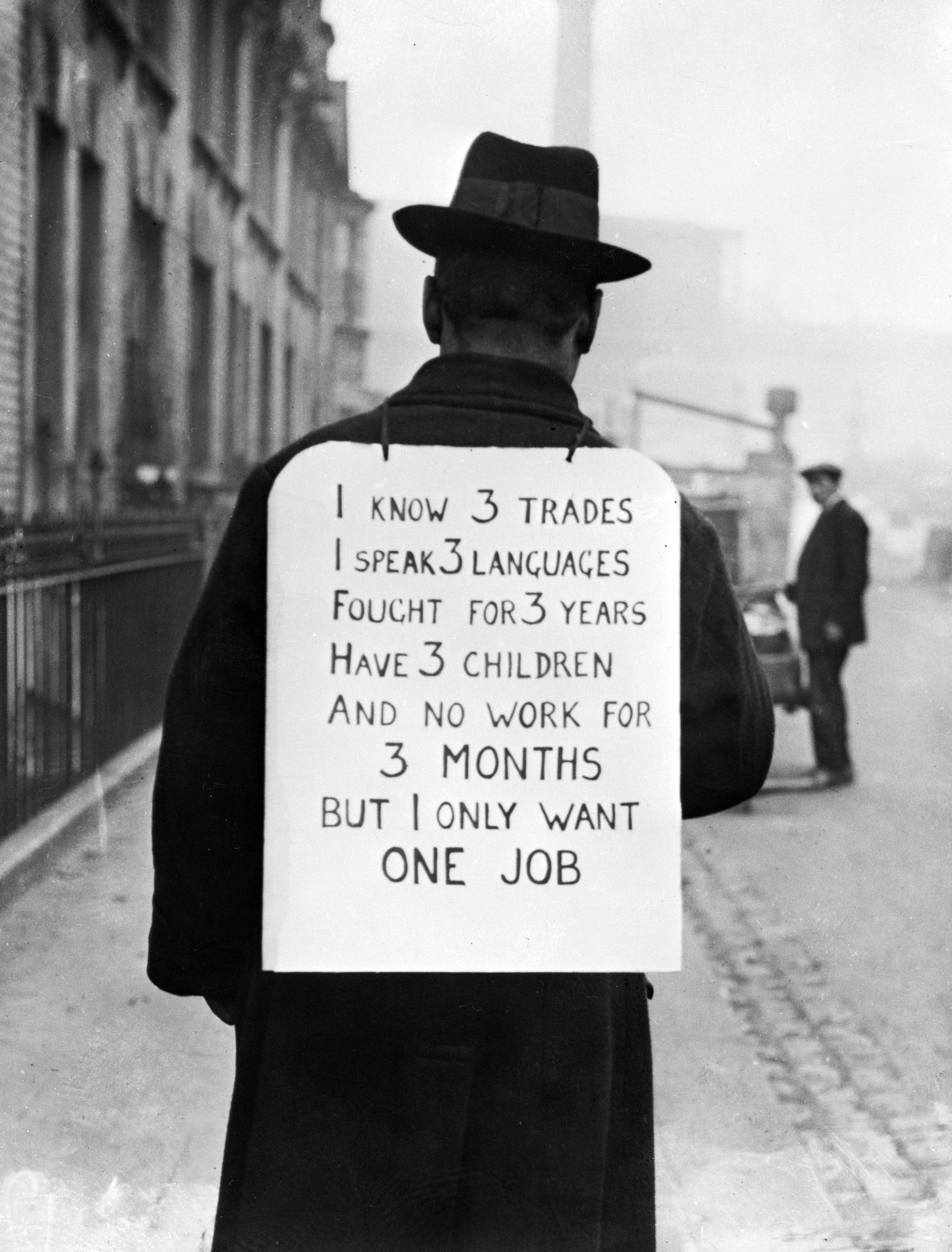 The “Roaring 20s” were an age of excess and wild speculation. That all came to an end in September and October 1929, culminating in Black Tuesday, 29 October, when 16 million shares were sold on the NYSE in one day and the market collapsed

On 21st October, panic selling kicked off and by the tragic 29th, prices fully collapsed.

Finance legends like the Rockefeller family and William Durant ventured to correct the market by purchasing large quantities of stocks, but the rapid price drops did not stop.

By 1930, America was in the Great Depression – possibly the most painful crash in recorded history. 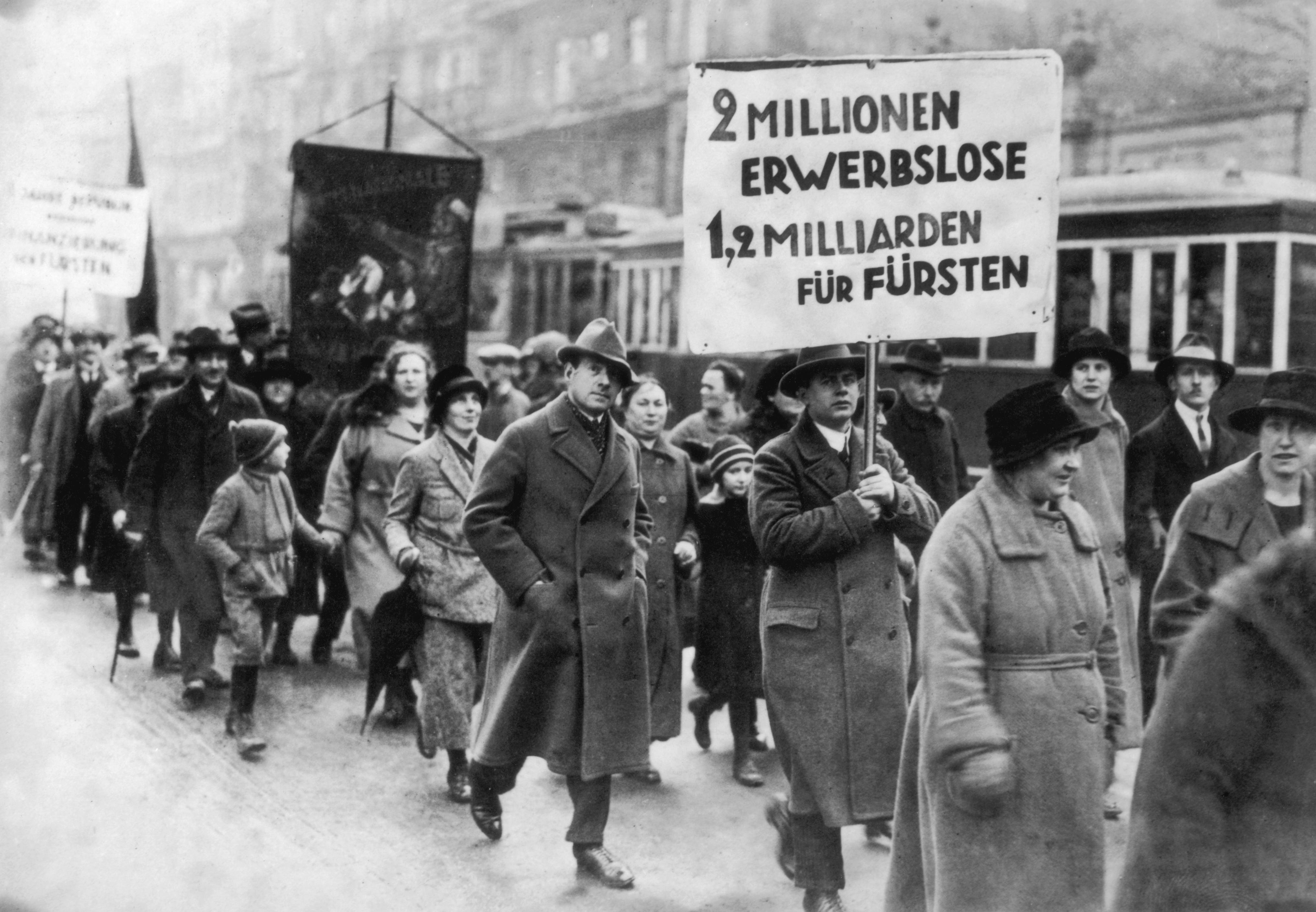 On the historic Black Friday, 9 May 1873, unlimited speculation in banks and companies that existed only on paper set off a massive fall in value of shares on the Vienna stock exchange and caused a wave of panic selling.

This marked the beginning of a lesser-known Great Depression that lasted five years and spread across Europe and to the US.

The crash brought economic growth in the Habsburg Monarch to an end, and harshly impacted a group of bankers, some counselors of the imperial court and friends of the Emperor, including the imperial family itself. 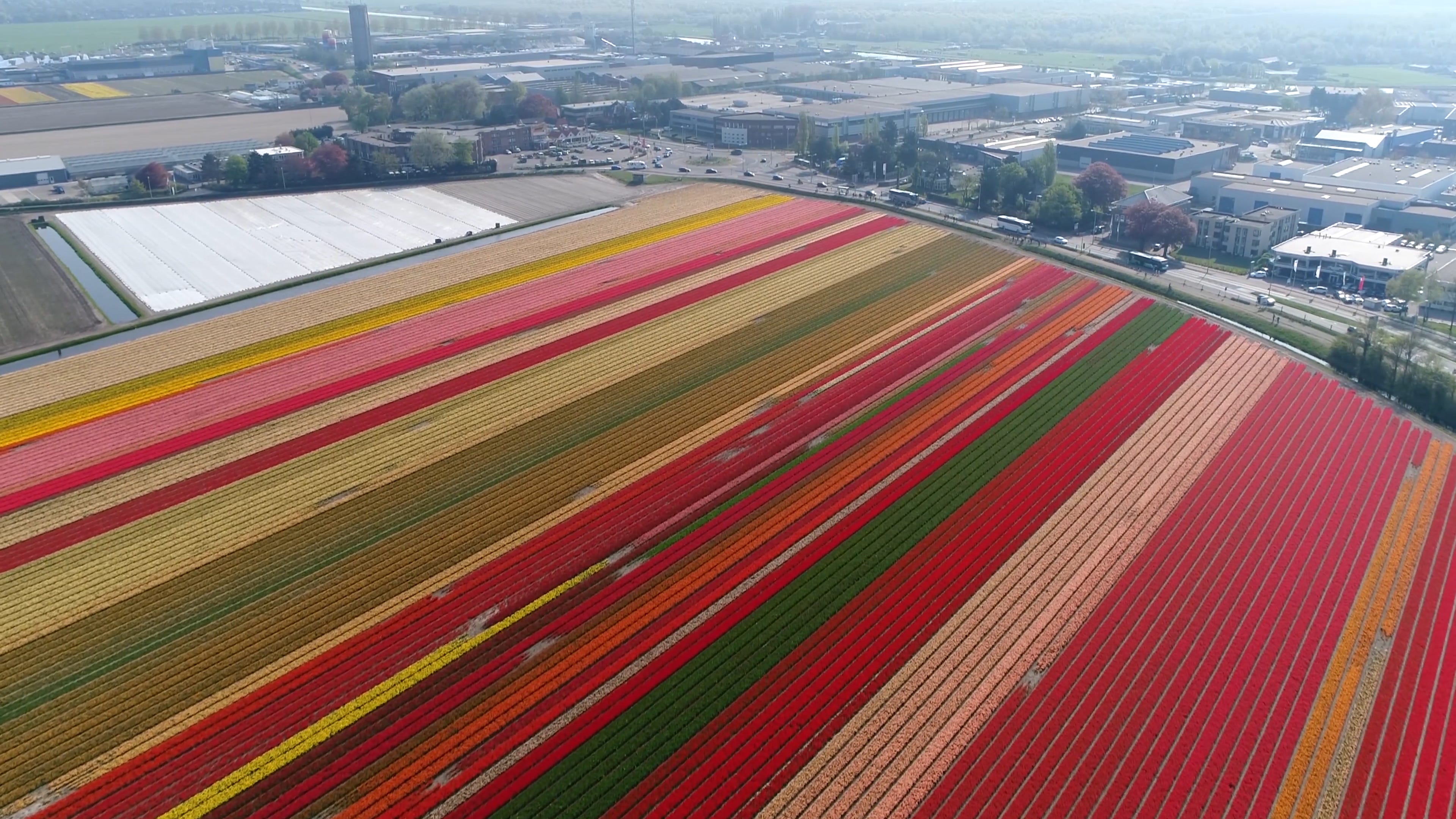 The Tulip mania was one of the first recorded financial bubbles, and occurred primarily in the Netherlands between 1634 and 1637.

After tulip bulbs contracted a non-fatal tulip-specific mosaic virus, their prices rose steadily and made the already overpriced flower even more popular and exotic. Tulip bulbs then saw a 20-fold increase in value in just one month.

But as it happens in speculative bubbles, holders eventually began to sell off their tulips to solidify their profits resulting in a doom loop of continuously lower prices. Although it was not a widespread craze, it hurt a handful of buyers in the short-lived luxury market.

More than anything, the tulip bubble crash serves as a lesson for the perils that excessive greed and speculation can lead to.