If there is a theme that ties together the best ads of 2013, it would be: “tearjerker.”

There was something in the air among marketers these last 12 months, and it seems to have produced a bumper crop of dramatic, emotionally moving ads designed to stir your soul.

Just like last year, some of the winners will be familiar. But many are more obscure, and you’ll see them for the first time here. Some of the world’s best advertising, as usual, does not come from the U.S.

Our surprise No.1 is from a huge American fast-food chain — but the ad probably never ran on TV.

Our ranking is entirely subjective: we looked at originality, entertainment value, and success stories. These were the brands and the campaigns that stood out. Congratulations to everyone who made the list.

(Following the Top 10 list is a compilation of runners up that nearly made the cut but were ultimately rejected.) 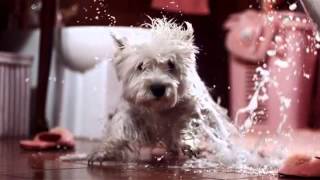 It's easy to make creative ads for fashion and technology brands. Doing the same for a product like processed sandwich meat is a lot harder. That's why we like this melodramatic take on the role of the mid-show snack from Russia. It feels as if something incredibly dramatic is going to happen, and then ... 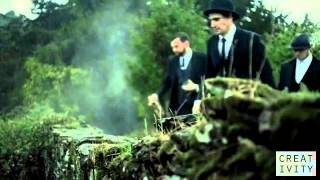 We said 'this ad exploits every Irish cliche and stereotype imaginable -- and is still astonishingly beautiful.' But there is more, even, than that going on in this spot. It was made by RSA Films, the production company of Ridley Scott -- the director behind 'Alien,' 'Prometheus,' and dozens of other lushly imagined fictional universes. And it shows. 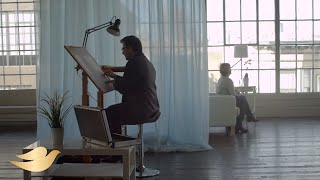 7. Business In The Community: 'Skip ad'

This video, which urges employers to be a bit more sympathetic to ex-prisoners seeking work, uses an enormously clever trick around the 'skip ad' button that often appears on autoplay video ads. As the man pleads for a job, he reacts personally -- choking on his own disappointment -- if you hit the 'skip ad' button.

6. Monsters University: 'Imagine You at MU'

Simple concept, wonderfully executed: If there really were a Monsters U, courtesy of Pixar, what would its college recruitment video look like? 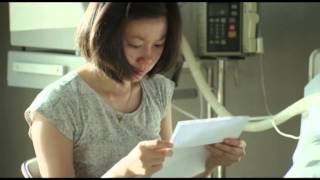 It begins with a small boy trying to steal medicine from a cafe owner in Thailand, and it ends with you trying not to cry at your desk as you see the ultimate reunion of the cook and the thief 30 years later. Somewhere in here there is a commercial for a Thai mobile phone company, but you'll be too busy dabbing the corners of your eyes to notice.

On paper, everything about this ad screams 'manipulative cliche': A grumpy bear who has never seen Christmas sleeps through winter until his friend the hare gives him a gift that warms his soul. But look at the details. The wordless action is conducted entirely in silence, and the whole thing is set to an understated song from Lily Allen. Still sceptical? Check out this 'making of' story to appreciate the ludicrous level of effort that went into its creation. 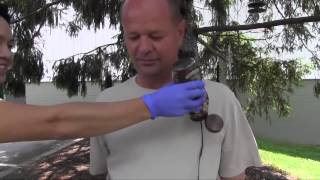 Yes, it's an infomercial. But wait! This time there really is more! One of those rare direct-response videos that will have you saying, 'OK, that really does look cool.'

Possibly the most elaborate CraigsList ad of all time: Nate Walsh of Southern Illinois says he spent 20 hours assembling this collage-homage to the tan 1999 Toyota Camry he was trying to sell, providing an epic look into his teenage-id. Just one of its many selling points: 'You're going to need an abacus to keep track of all the arse you'll be getting in this thing!' Scroll for your lives:

The most cogent, beautiful statement against factory farming you'll ever see coming from a major American corporation. Chipotle employed Moonbot Studios and Fiona Apple to recreate this vision of the song 'Pure Imagination' from 1971's 'Willy Wonka and the Chocolate Factory.' It's stunning.

It was an honour just to be nominated ... NEXT: Here's who didn't make the cut > 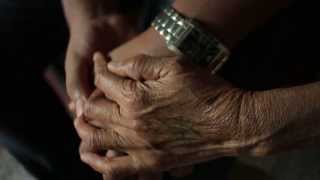 What's great about this ad is the story. As a small child living in a shanty town in India, Brierley fell asleep on a train and was unable to find his way home. He was adopted by Australian parents and decades later used Google Maps to relocate his parents.

NASCAR driver Jeff Gordon puts on everyman makeup and goes to a car dealership to scare an unsuspecting salesman by taking him on the test drive from hell. A huge viral hit ... but it turned out to be fake.

Beautiful acting, and with a twist at the end ... we won't spoil it for you.

An investigation of the role of the smart watch in pop culture through the ages. Pure entertainment. 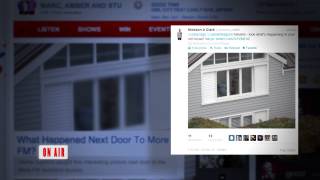 For three straight nights an actress posed as a hooker in a house across the street from the studio of More FM in New Zealand, and didn't draw the curtains. The DJs had a field day, thinking what they were seeing was real. On the last night, the actress closed the blinds to reveal the message: 'Secret Diary of a Call Girl, 9:35 Tonight on Prime.'